Firefighters have issued a warning to parents over the dangers of soaking kids using garden hoses. 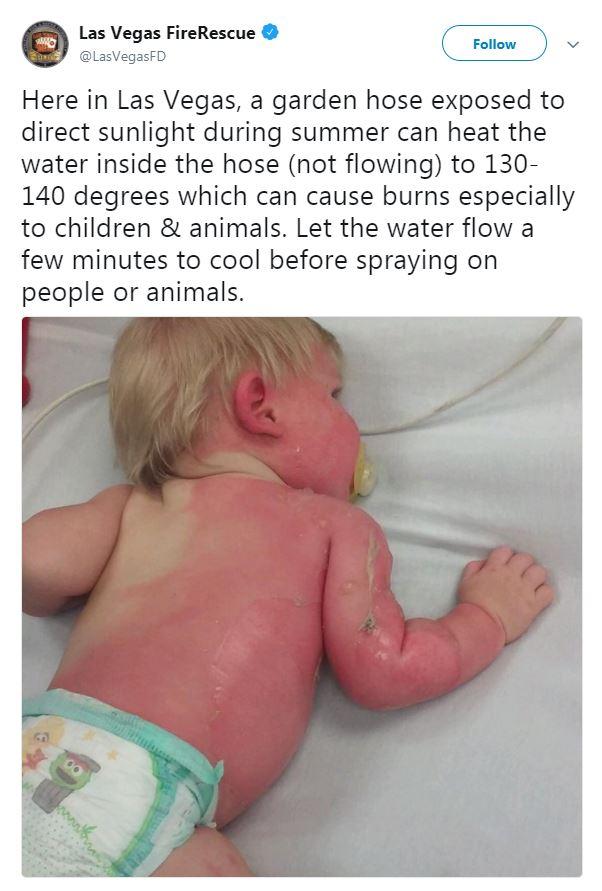 While they can seem like a harmless household item, they can do a lot of damage in summer months, if sprayed on little ones.

Hoses left in direct sunlight can lead to the water inside being heated up, which can cause burns to sensitive skin if it reaches high temperatures.

Last year, a baby received second degree burns after he was accidentally hosed down by his mum who was trying to fill a paddling pool.

The boy, from Arizona, ended up with burns on 30 per cent of his body, according to the AzFamily.com. 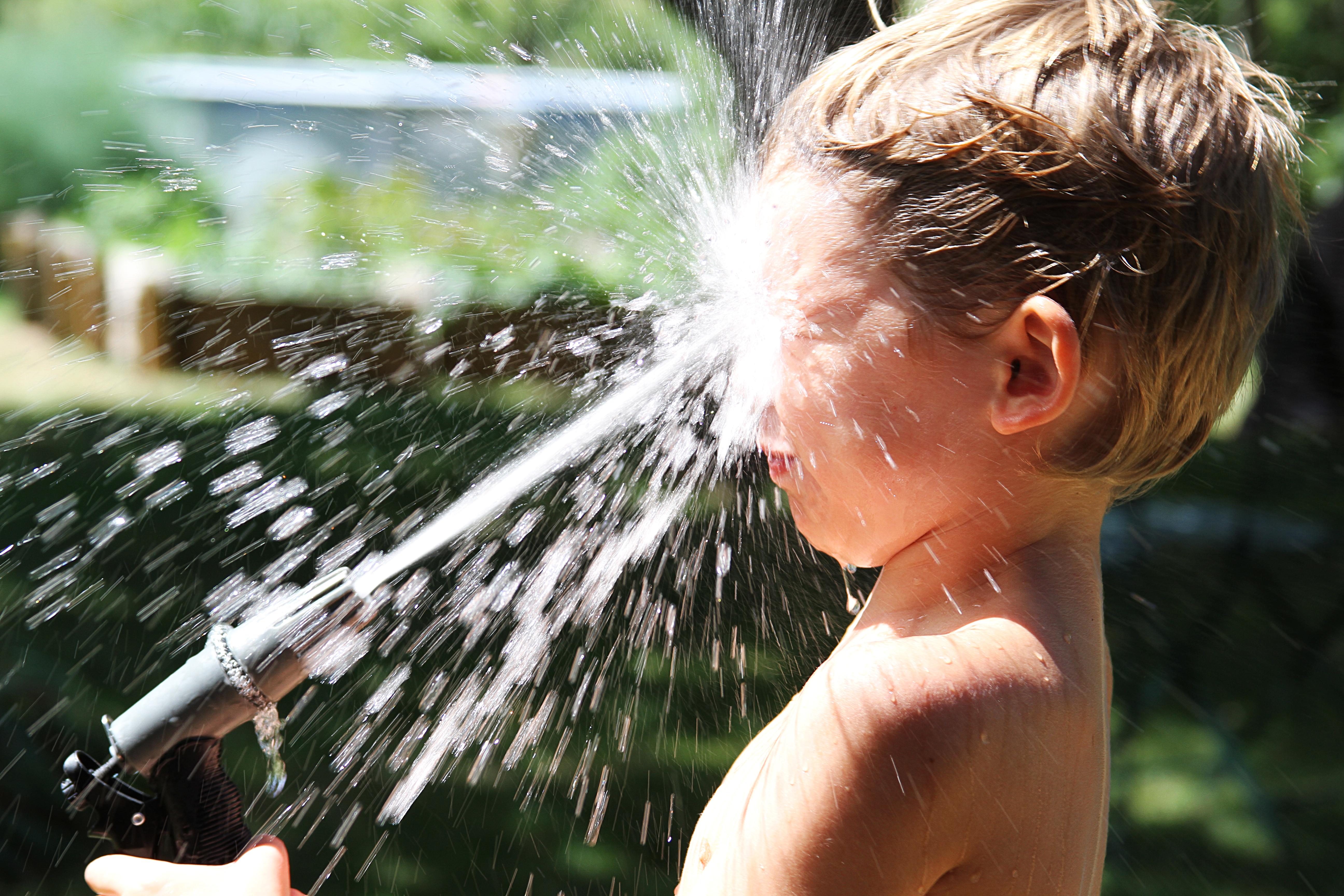 A post on the official Las Vegas FireRescue Twitter account explains: “Here in Las Vegas, a garden hose exposed to direct sunlight during summer can heat the water inside the hose (not flowing) to 130-140 degrees (54-60C) which can cause burns especially to children & animals.

“Let the water flow a few minutes to cool before spraying on people or animals.”

While the hottest temperature the UK has seen was 38.5C in Kent during August 2003, it is still a helpful reminder that there are safety hazards when soaking up the rays.

We previously shared seven surprising things in your home that pose a danger to your child… and what you should do to avoid them.

Like humans, cats and dogs can overheat when it gets hot, so you should watch out to see if they show any of the symptoms of heat stroke.

As they aren’t able to cool themselves down as easily as humans, you should make sure they have access to a cool, shaded area when it gets hot.