But can you imagine wanting (or even being able to work) your own phone at the age of FOUR? 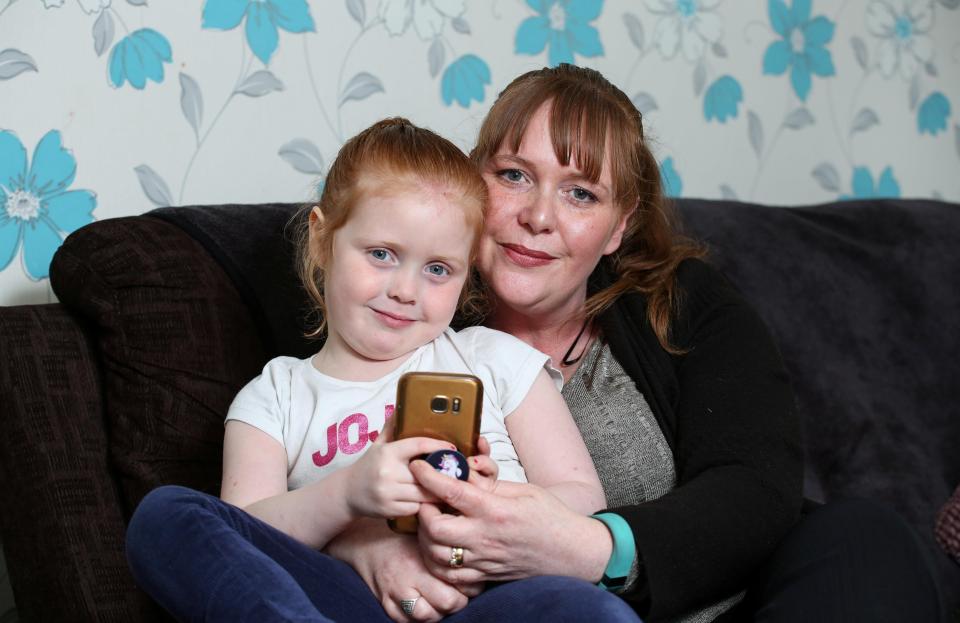 Young Emeli Cullern was bought her own smartphone by mum Jayne, 40, from Swindon, in December last year – and she even has her own Snapchat account.

The four-year-old's Motorola cost £109 – but she's since broken it and is now using Jayne's old Samsung S7.

"Emeli had been asking to have her own phone for the last two years," Jayne explained.

"She loves phones and tablets – she’s always on YouTube. I think if she had credit she’d be calling people because she’s constantly sending Snapchats to people. 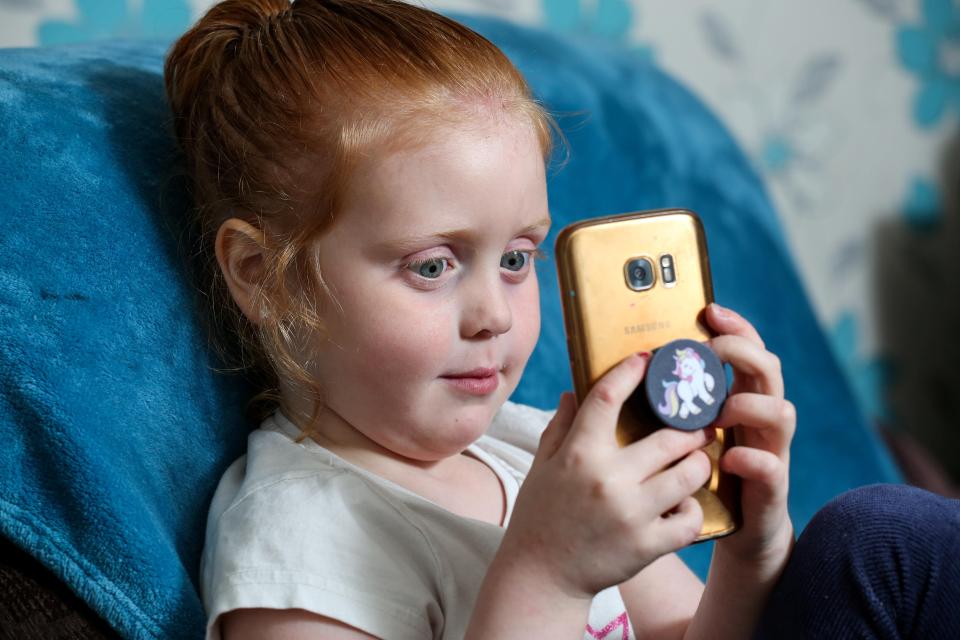 "I did set her up her own Snapchat account. She makes little videos and takes selfies of herself with the filters on, and she can save them onto the phone or send them to family."

Emeli also uses her mum's Facebook account to video call her sister Tiffany, 21, who lives in Bournemouth, and her granddad in Yorkshire.

"She knows how to just pick it up and do it," Jayne said.

"She taught herself how to do most of it. She doesn’t call her mates because I don’t think any of them have got Facebook. She doesn’t use it to call or text." 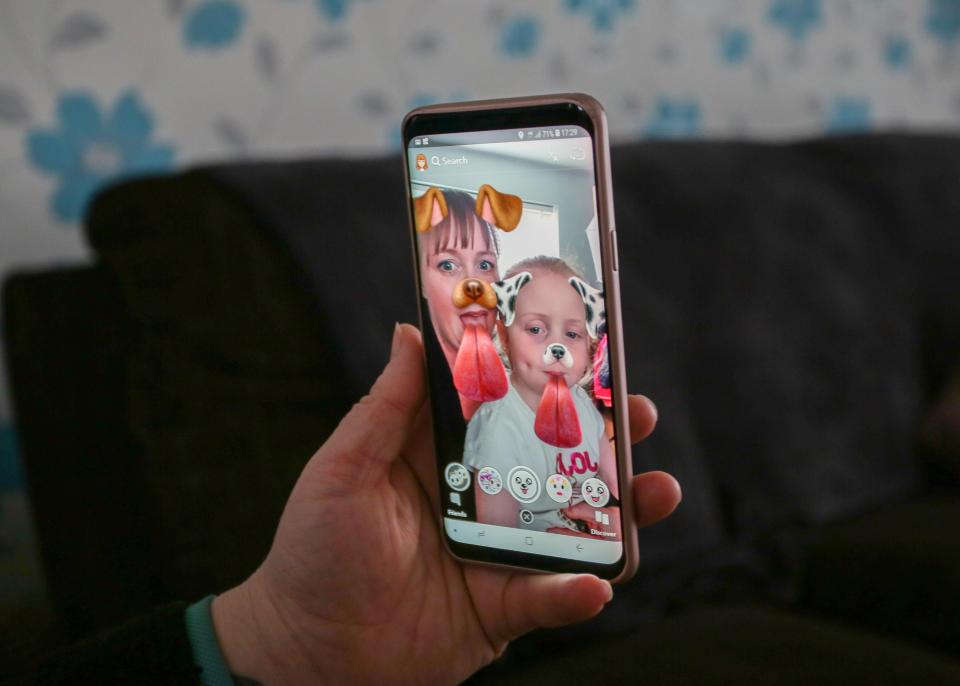 A recent study found one in four children under the age of six now has a smartphone, despite resolute parents still insisting that 11 is the "ideal" age.

Shockingly, the study claimed nearly half of the children aged six and under who have their own mobile spend up to 21 hours per week on their devices.

Finance coordinator Jayne said she doesn't limit the amount of time Emeli spends on her device, adding that it's usually around two hours a day – and often longer at weekends.

She explained: "When she gets in from school she’ll be watching YouTube or something like that, or Netflix. Then she might watch a bit of TV, then we might be doing her homework, then she might go on it for half an hour before bed, then it’s time to switch off.

"Occasionally she might complain about having to come off it to go to sleep, but she’s generally good. 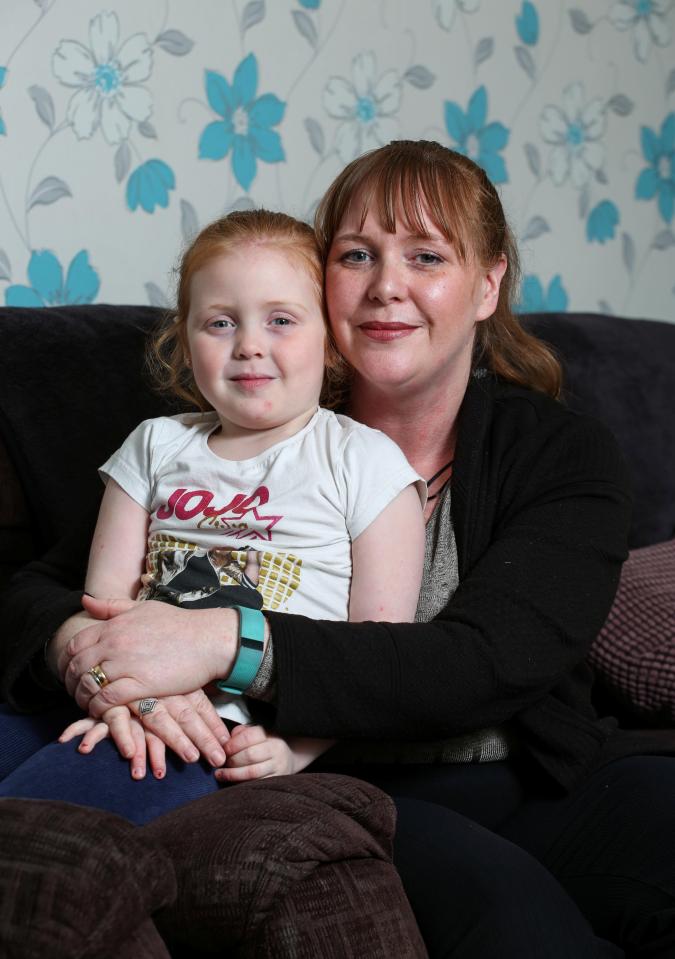 "If we have no plans at the weekend or I go to my friend’s, she may spend an extra hour or two on it.

"She and my friend’s 11-year-old daughter will go on Snapchat, Musicly and YouTube.

"When we’re at home it’s connected to the wifi, but if we’re in the car she’ll take it out with her, and she mobile hotspots. I’ve set it up so that she can hotspot off my phone to use my data."

Jayne admitted she sometimes lets Emeli play on her phone at the dinner table.

"On odd occasions I have let her sit and just watch videos while she’s sat at her little table eating her dinner, especially if I wanted to watch my TV programme," she said.

"If we go out for dinner I’ll bring her phone along to keep her entertained. I did it on holiday as well last year in Turkey. We took a little phone just for her." 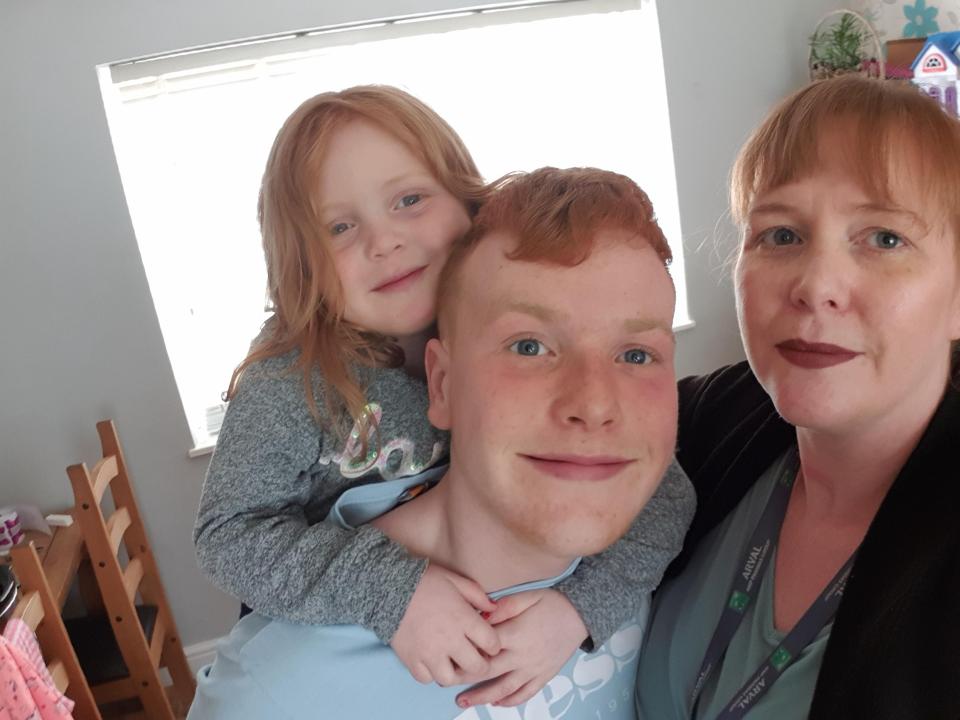 Jayne said phones and technology are a huge part of her daughter's life – as is the case for many children today – and said it's hardly surprising given everyone around her is always on a phone.

"They even have an iPad club at school!" she explained.

Jayne keeps a close eye on what Emeli's up to, particularly when she's watching YouTube, and only allows her to have friends and family on her Snapchat account. 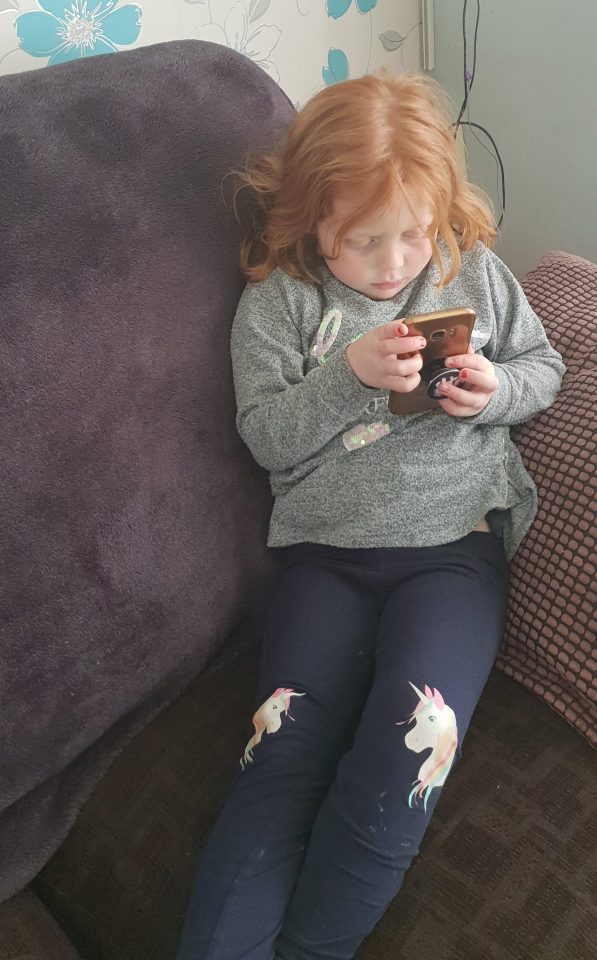 "You do have to watch it, because sometimes the content on there’s not brilliant, as in swearing and things like that.

"I’ve set it to no over 18 stuff, but there are a lot of videos on there that are classed as kids’ videos, but if you actually sit and listen to them, there can be swearing and stuff which I don’t think is appropriate, so she gets told she’s not allowed to watch them.

"There have been a few occasions where she’s been watching something and I’ve listened in and gone over and said, ‘You’re not allowed to watch that’. She’s always sat at the side of me or I’m sat within hearing distance."

How young is too young to be on social media?

This age limit has been dictated by US law through the Children's Online Privacy Protection Act (COPPA).

The act at first ordered sites to seek "verifiable parental consent" for younger users, and then restrict how they could use data.

But subsequently many apps decided that it would not be worthwhile, according to reports.

At first Snapchat, which allows people to post videos and photos for 10 seconds before they disappear, restricted anyone under the age of 13 from using their site.

It then introduced a limited version of the app for under 13s – called SnapKidz – which allows photos and drawing but not sending messages.

Users aged under 13 are redirected to Snapkidz.

An Ofcom report in November last year said 51 per cent of 12 year-olds have a social media account, along with 46 per cent of 11 year-olds.

Last year a survey of 2,000 mums and dads revealed parents reckon kids are old enough to have a Facebook account at 14.

YouTube requires accounts holders to be aged 18 and over, and also restricts much of its content to over 18s, but it will also allow a 13-year-old to sign up with their parent's permission.

Earlier today, we reported how police are warning parents that Snapchat’s Snap Maps location feature "could allow paedos to track down kids".

Meanwhile a children’s watchdog has claimed that kids should be banned from using Snapchat by their parents.

Anne Longfield – an independent government adviser – said the app was one of the most troubling because of “addictive” features on the platform.