Home » Fashion » From beating the fear of gyms to obsessing over fad diets, how three women overcame challenges to finally shape up

FROM feeling so body-conscious they wouldn’t join a gym to being obsessed with the latest fad diet, three women tell Fabulous the challenges they overcame to finally shape up.

Here they tell their inspirational stories to Clare O'Reilly. 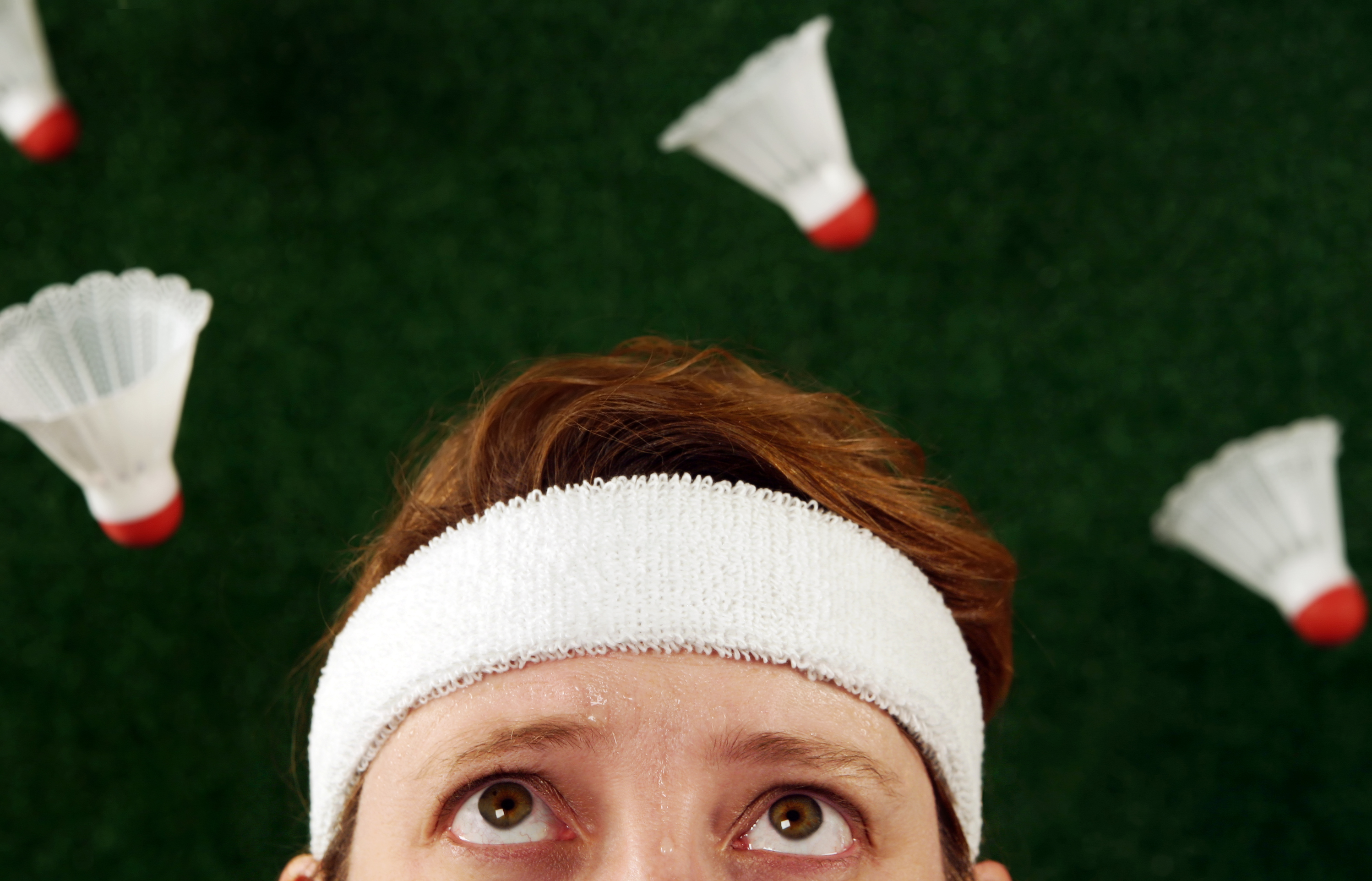 ‘I was too ashamed to join a gym’

Dominique Cox, 32, is a stay-at-home mum and lives in Dunstable with husband Lee, a retail manager, and Luis, four, and Sofia, two

“I was on my way home from work when a man on the train asked when my baby was due. I felt my cheeks burn as I muttered that I wasn’t pregnant. I got off at my station, crying embarrassed tears, before going home and eating dinner, dessert and then chocolate to try to make myself feel better. 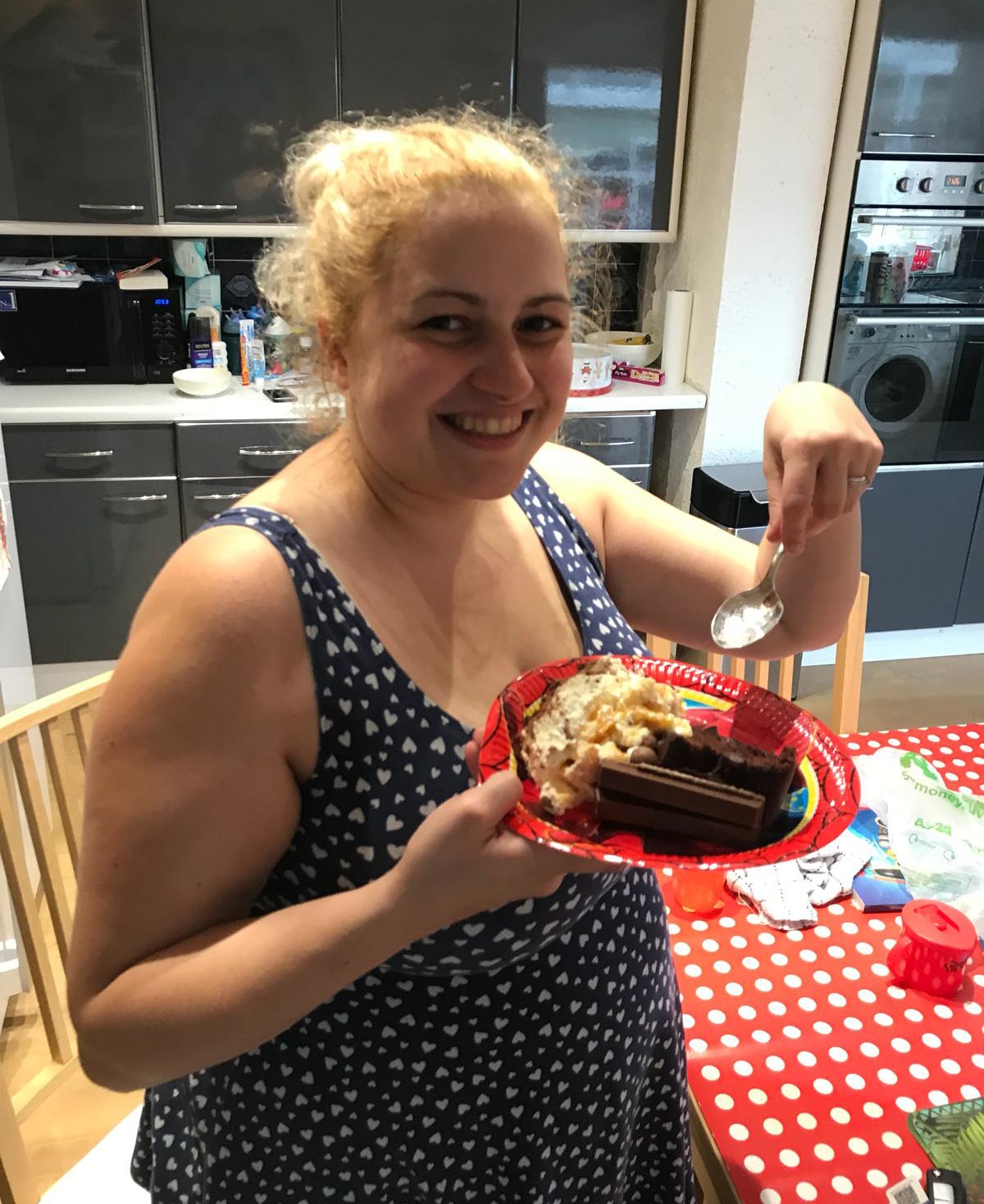 At the age of 13, I was about a size 14, running around with my friends and riding a bike. But as I got older, I became lazier. I didn’t weigh myself, but I knew I was getting big, eating huge portions of pasta and pudding every night.

By 22, in 2010, I was 14st, despite being just 5ft 4in. My parents would sometimes suggest I should try to slim down, but rather than make healthier choices, I’d eat even more to make myself feel better. However, I hated what I saw in the mirror and I was far too self-conscious to join a gym.

I met Lee when we were both working in retail in September 2012. My size never bothered him, but after having our son Luis, in October 2015, and daughter Sofia in April 2018, my weight crept up to 15st 7lb and a size 20. Lee is a keen cyclist and tried to convince me to go to the gym, but I refused. Exercise felt like an exclusive members’ club I couldn’t be a part of. 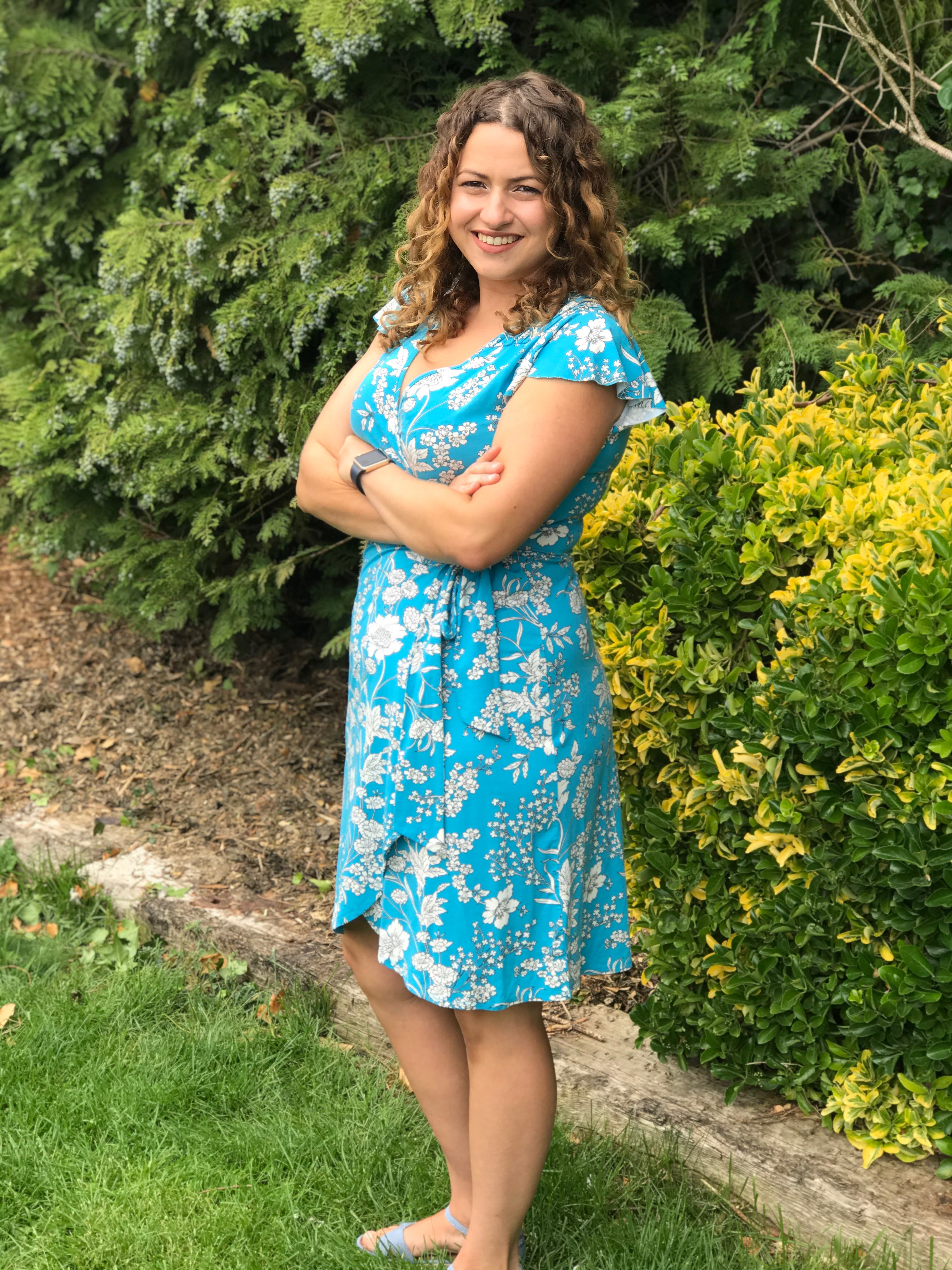 In March 2019, I went to see my GP for a regular asthma review and had a chat about my health. They told me that I should lose weight, and recommended using the Couch To 5k app combined with MyFitnessPal to count calories. So as well as starting running, I gradually cut down my calories from 2,500 a day to 1,650.

At first, it was hard to run for more than five minutes without stopping, and I only went out at night on a quiet road, as I was terrified I’d get laughed at. But soon, I could run for 10 minutes straight, which felt amazing, especially as I was asthmatic.

By June, I’d already lost 1st. Lee was supportive and encouraged me to join the gym, so that same month, I set foot inside one for the first time. My heart was racing as a trainer talked me through my induction, but once he had shown me how to use the treadmill and cross-trainer, I started to enjoy myself. I went twice a week to begin with, then upped it to three times, doing exercise at home, too.

By March this year, I’d got down to 11st 7lb, having lost a whopping 4st, and had progressed to more advanced weight-lifting. I can now dead-lift 40kg. While I eat what I want on the occasional cheat day, I still try to stick to 1,650 calories.

I’m now a size 12 and aiming to be a 10 by Christmas, but more importantly I’m so much happier. I like what I see in the mirror and I feel so strong. Lee adored me either way, but loves how much more confident I am.”

‘I hated PE at school – but now I run half-marathons’

Debbie Gough, 45, is a decorator and lives in Sevenoaks, Kent, with her wife, Lisa, 44, also a decorator.

“Seeing my friends doing handstands in PE, I tried my best to hide at the back of the class. I was unfit and overweight, and while they could all effortlessly do whatever our teacher asked, I couldn’t get out of the room fast enough. 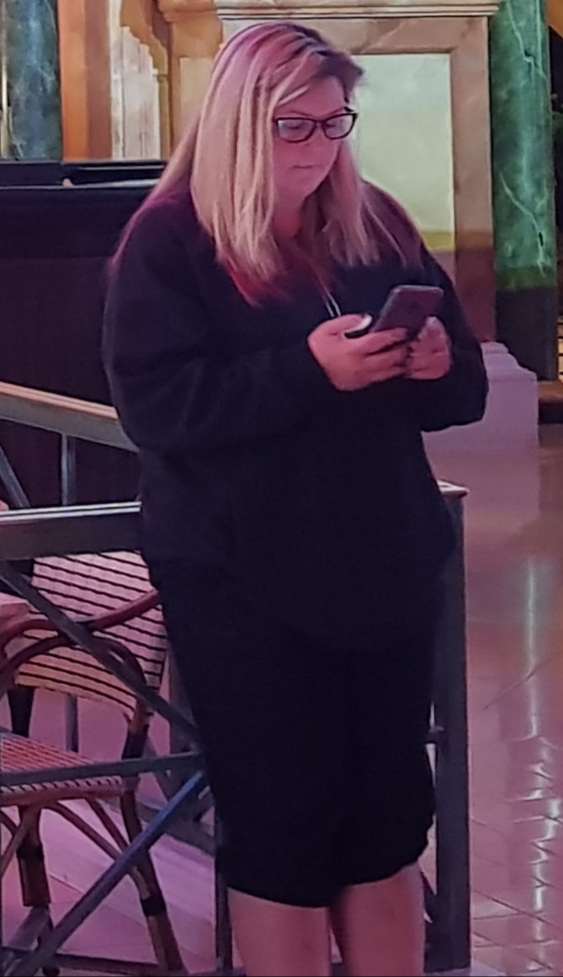 Growing up, I ate whatever my mum Barbara cooked me, which was meat and vegetables or fish and chips. We didn’t have bathroom scales, but in 1988 when I was 13, I was around a size 14. Mum decided to put me on a milkshake meal-replacement diet, and while I guessed that I lost half a stone to begin with, not being able to eat proper meals was unsustainable, especially for a teenager. I soon put the weight back on, spending my pocket money on chocolate.

By my late teens, I was a size 22-24, though I never weighed myself out of fear. I started a cycle of faddy diets, from the jelly diet plan to eating just 800 calories per day. But while they worked in the short term, I’d end up putting the weight – and more – back on.

After leaving school, I began working as a manager of a bakery, then became a painter and decorator when I was 30. So, while I was very active, by the end of a gruelling day of physical work, I would collapse on the sofa with a takeaway.

But unhappier than ever with my shape, I decided to join Slimming World in 2003. In 18 months, I lost a massive 7st 7lb, going down to 9st 7lb, but a year later, the stress of juggling a full-time job with two small kids meant I quickly slipped back into bad eating habits, and I put around 3st back on. 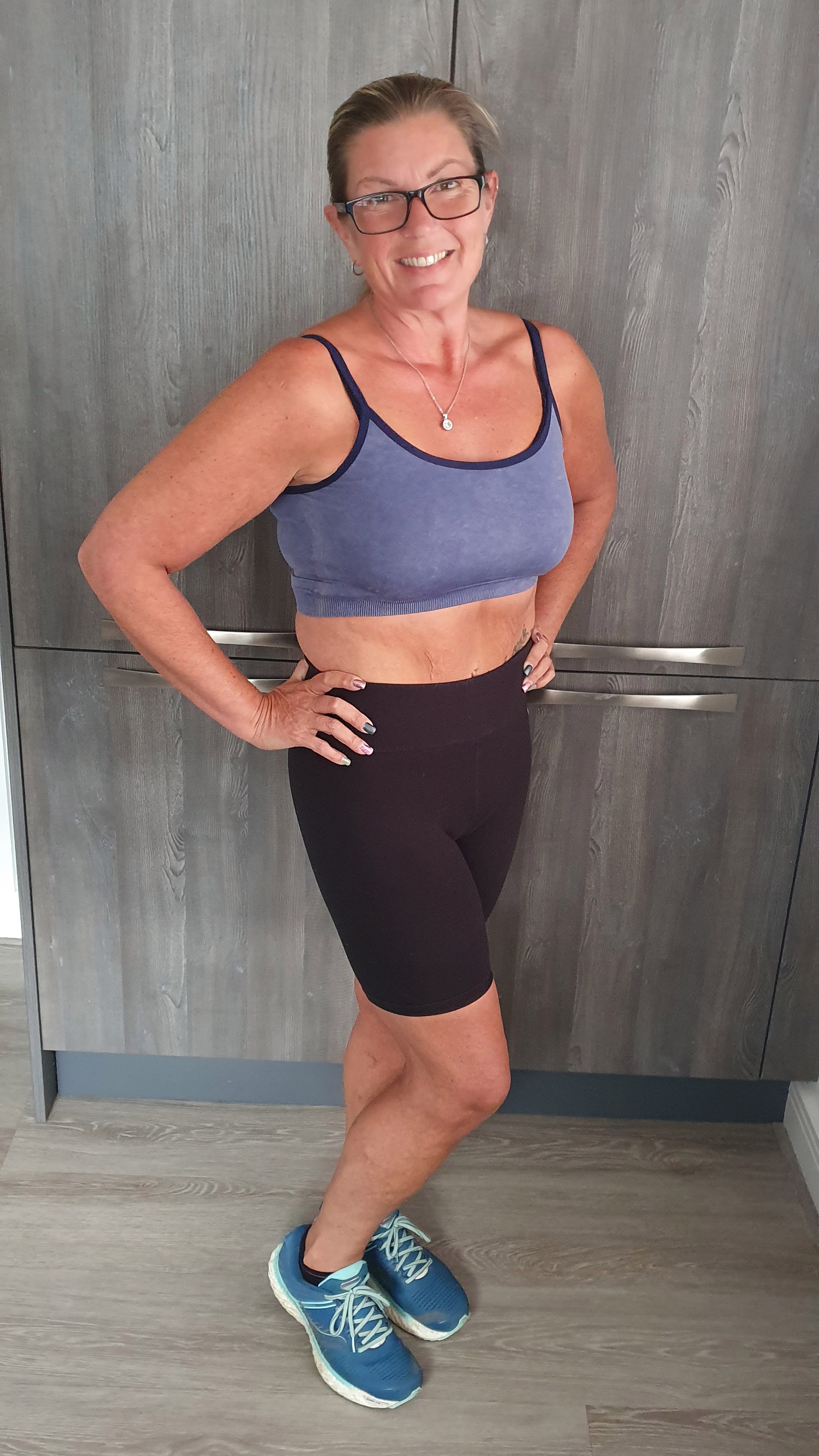 I split up with my ex a few years before meeting my wife Lisa in 2009 through friends. We’d often indulge in curries in front of the TV, and my weight went back up to 15st. When my mum passed away after a short battle with lung cancer in 2017, I finally knew I had to make some real lifestyle changes to ensure I’d be around for my kids for as long as I could.

So when I met Shona, who led a local running group, and she encouraged me to join up, I said yes. I still felt scarred by my experience in PE lessons at school, but she gently explained to me that I could take running at my own pace.

On my first run in January 2019, I could only manage a minute and a half before stopping, but Shona reassured me I wasn’t as bad at it as I thought I was. From there, my confidence grew. By March, I could run 5K and had completely fallen in love with running. It allowed me to relax and go into my own world.

Taking inspiration from my weight loss and love of running, Lisa has now lost 6st after discovering martial arts, going from a size 24 to a 14, and we now keep each other motivated with exercise.

Today, I am a completely different person from the woman who hated any physical activity. Now I can’t imagine a time when I won’t go out for a run. Lisa and I are healthier, happier and have gone from being the girls who hated PE to the women who love sport.”

‘I thought crash diets were the only way to lose weight’

Suzi Buccheri, 40, a Slimming World consultant, lives in Hampshire with her son Bailey, 10.

“As my two year old tried to feed me his cereal, I shook my head, telling him I ‘didn’t eat on Tuesdays’. But the moment the words left my mouth, I knew I had to change my damaged relationship with food. 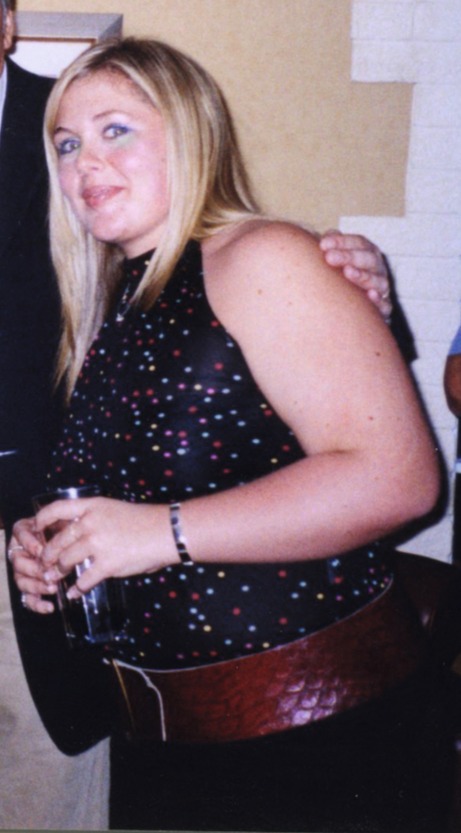 I was overweight as a child, growing up in an Italian family where we had huge meals. By the time I was 13, I was a size 14, and at school people would tell me I’d be prettier if I was slim, which made me feel awful.

After finishing my A levels in 1999, I was a size 20 at just 5ft 1in, though I was too scared to weigh myself. I took a couple of years out working part-time before I went to uni, but I was determined to lose weight before I started studying drama at the University of Winchester in 2001. I went on the Atkins diet after a client at my part-time job at a hairdresser told me about it, and by the time I started my course four months later, I was a size 12.

But student life involved lots of drinking, so by the time I graduated in 2004 I was a size 16-18. That July, I got a job as a restaurant manager, but found it hard to improve my eating habits being around food. I tried extreme diets, such as only eating apples, but nothing worked long-term and I’d always put the weight back on.

I was thrilled to become pregnant in 2010 with my then-partner, but I worried about putting on weight. I tried to eat well, but after Bailey was born in March 2010 I found it hard to lose the weight – even piling more on until I was back at a size 18-20 and 15st 1lb. In 2012, I gave the 5:2 diet a go, eating 500 calories on two days of the week and normally the rest of the time. But when I told Bailey I couldn’t eat his cereal, it finally hit me how unhealthy my relationship with food had become. 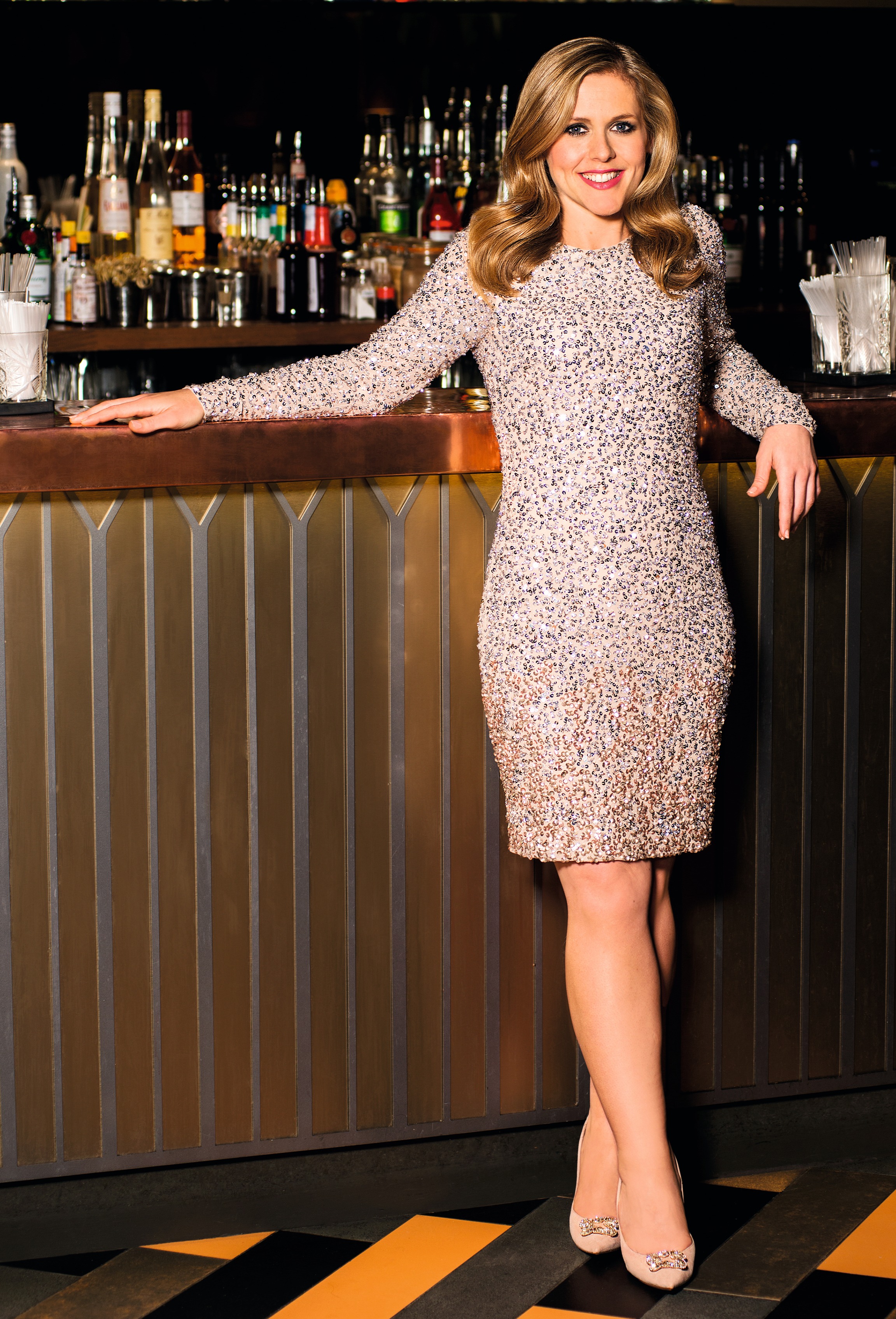 In February 2013 I tried Slimming World. I went from stodgy steak and cheese to teriyaki salmon and noodles, finally losing weight sustainably. By the start of 2014 I’d reached my target of 9st, and I’m the same weight today, give or take a few pounds, although I’ve put on a little weight during lockdown and am a size 12. I also became a Slimming World consultant and run a group where I’ve helped hundreds of people get healthy, too.

I’m getting married next year and I can’t wait to walk down the aisle in my dream size-10 dress. At family dinners I simply eat healthier portions with plenty of salad. I always thought the only way to lose weight was to crash diet – I only wish I’d realised sooner what a healthy diet really looks like.”