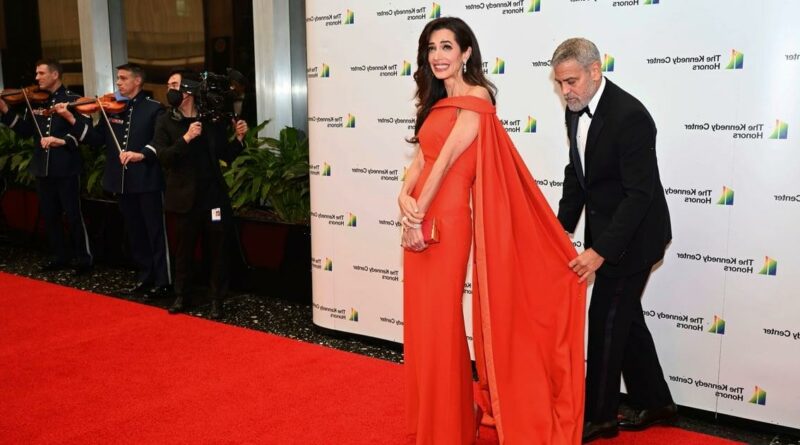 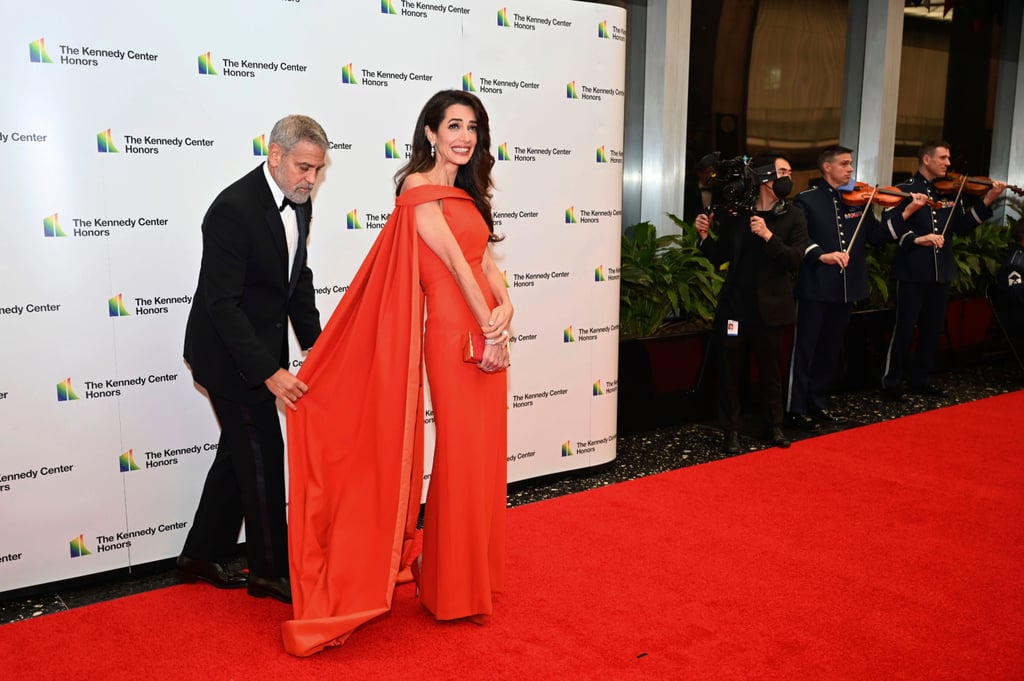 It’s been quite the fashionable week in the nation’s capital. On Dec. 1, President Biden’s first state dinner — in which he and First Lady Jill Biden played host to President Emmanuel Macron of France and his wife Brigitte Macron — brought out a slew of stylish celebrities like Jennifer Garner, John Legend, and Julia Louis-Dreyfus, in addition to fashion tastemakers like Vogue editor-in-chief Anna Wintour and designers Christian Louboutin and Gabriela Hearst. Then, on Dec. 4, the 45th Kennedy Center Honors took place. The annual event pays tribute to notable figures in the performing arts for their contributions to American culture.

This year, the Kennedy Center honorees were George Clooney, U2, Tania León, Amy Grant, and Gladys Knight. Similar to the state dinner earlier in the week, the red carpet delivered gala-ready look after gala-ready look. Take, for instance, Amal Clooney, who attended a pre-dinner ahead of the ceremony on Dec. 3 with her husband wearing a red off-the-shoulder gown by Valentino. The chic style featured a fitted column silhouette and a dramatic, voluminous cape.

While walking the red carpet, Amal’s cape briefly became entangled and as photographers snapped away, Mr. Clooney, 61, stepped in to give his wife a little wardrobe assist. Amal paired her classic cherry red dress with complementary accessories, including a matching clutch and glistening diamond earrings and bracelets.

“Growing up in a small town in Kentucky I could never have imagined that someday I’d be the one sitting in the balcony at the Kennedy Center Honors,” George remarked at the event, which will be televised on Wednesday, December 28 on CBS.

In addition to the Clooneys, other noteworthy appearances for the formal event on Dec. 4 included Vice President Kamala Harris, Julia Roberts, Ariana DeBose, and more.

Ahead, get a closer glimpse of the Clooneys at the pre-dinner on Dec. 3, and keep scrolling for the best red carpet moments from the 2022 Kennedy Center Honors event on Dec. 4.