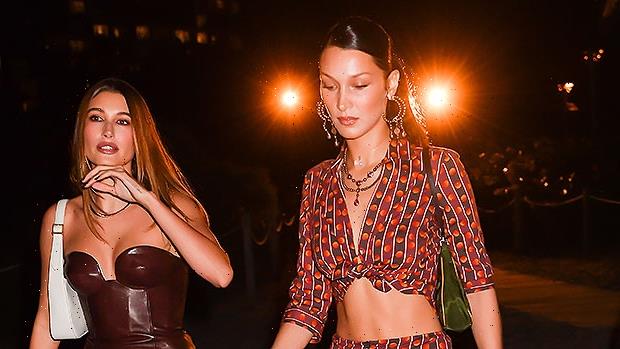 Allow Hailey Baldwin to make the case for incorporating a brown leather dress into your autumn wardrobe. The 24-year-old model stepped out with friends Bella Hadid and Kendall Jenner in Miami Beach, Florida on Friday, Nov. 12 in the stylish ensemble. The friends, in town for a friend’s wedding, were en route to dinner ahead of the weekend. 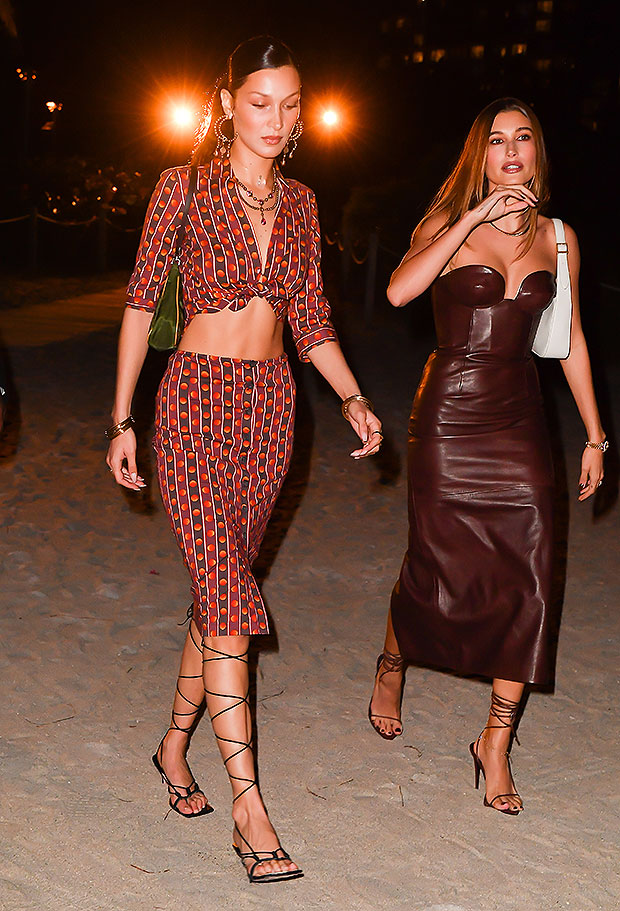 For the dinner, Bella, 25, wore a multi-colored two-piece set that consisted of a crop blouse with a tie-front and skirt. Both she and Hailey finished their looks with heels and sandals that had similar lace details that snaked up their legs. Meanwhile, Kendall, 26, opted for a zebra print dress and black sandals. 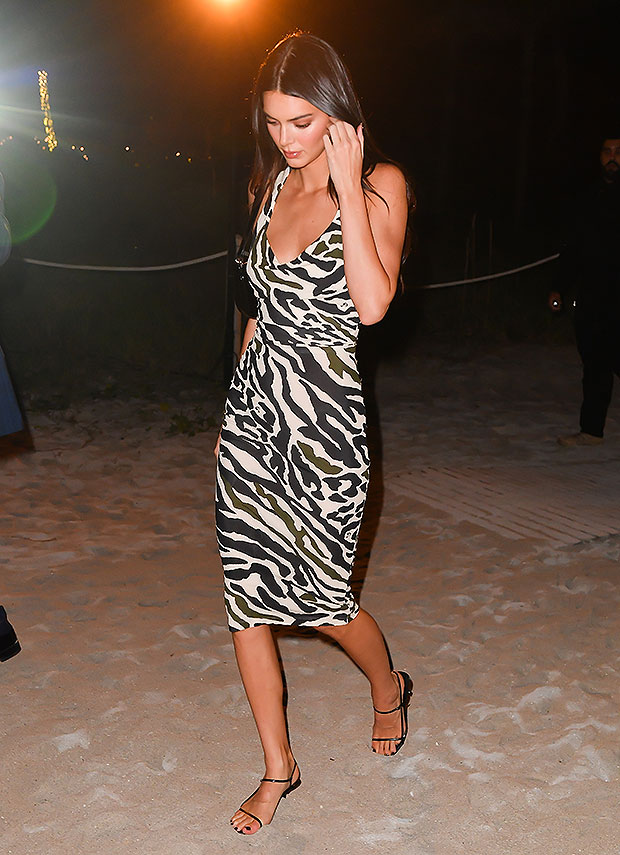 Hailey Baldwin: See Her Sexiest Pics Of All Time 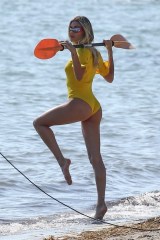 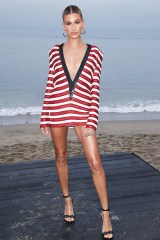 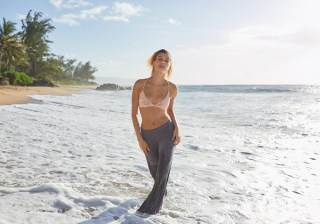 The model friends attended the wedding of social media personality Lauren Perez in Miami on Thursday. Kendall shared a series of Instagram Stories from the evening, offering a glimpse into their wedding attire. Hailey wore a strapless sparkly dress with the same silhouette as her brown leather dress, while Kendall wore a bold Mônot cut-out that left little to the imagination.

Earlier on Friday, Hailey was spotted out and about wearing a necklace that had her husband Justin Bieber’s initials. The model looked like she walked fresh out of a ’90s fashion catalogue, rocking an olive bucket hat and baggy light wash denim jeans. It’s unclear if the “Peaches” singer, 27, joined his wife of two years in Miami for the wedding.

Bella and Kendall have also not shared any photos that indicate their boyfriends joined them on the trip. Bella has been dating art director Marc Kalman, while Kendall has been dating Phoenix Suns basketball player Devin Booker. Her trip to Miami with pals Bella and Hailey comes after she attended Travis Scott’s Astroworld Festival in Houston, Texas on Nov. 5, which left nine dead after a crowd surge resulted in a stampede.

She attended the concert with sister Kylie and niece Stormi, 3. Following the tragedy, Kendall issued a statement on Instagram. “I’m still at a loss for words over the news from Astroworld,” she wrote. “I’m truly broken for the families that have lost loved ones and my prayers go out to everyone involved. Sending everyone who has been affected all of my love and wishing them strength during this incredibly devastating and sensitive time.”