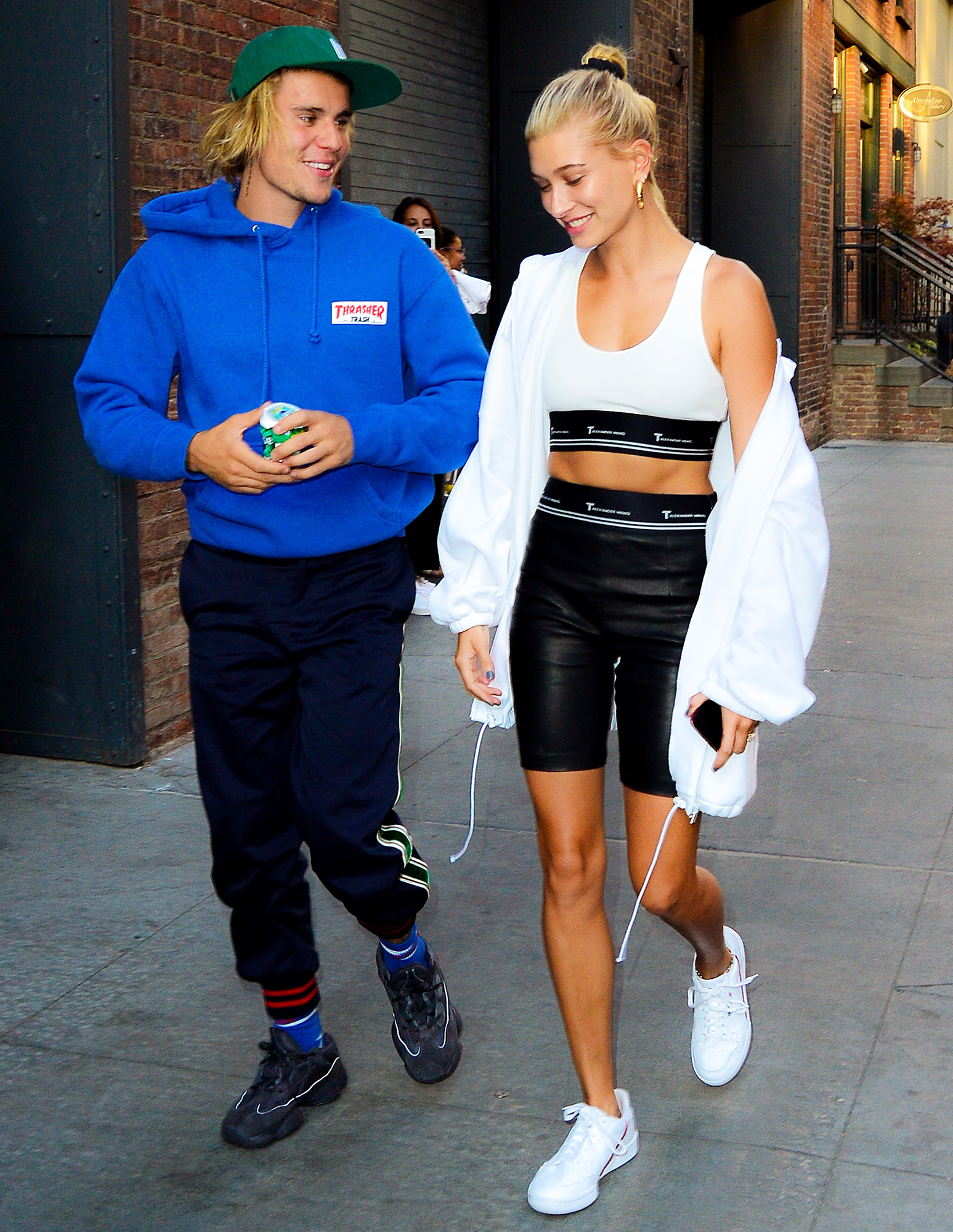 Love does crazy things to people. Take Hailey Baldwin — the model is freshly engaged to Justin Bieber and is on cloud nine, as made evident by her decision to wear leather bike shorts in NYC heat on Thursday, July 12.

Stars Without Makeup: See Stars Going Makeup-Free and Loving It!

Baldwin and Bieber made their way out into the balmy weather, with the supermodel dressed in the most elevated version of athleisure possible: her curve-hugging midicut shorts are made with a luxury textile (which you don’t often see worn during the warmer months). But that’s not where the fashionable twist stopped — Baldwin also added a matching white sports bra with a coordinating black band that echoed the waistband on her shorts. Sure matching sets are cool, but mix-and-match sets are arguably cooler.

To finish out the retro ‘80s fitness fanatic redux, Baldwin also draped a crisp whiter-than-white hoodie, pristine white lace ups and a scrunchie. This last touch is a Baldwin signature as she has become one of the most enthusiastic wearers of scrunchies. She’s been spotted wearing the throwback hair tie casually, as she is in yesterday’s look, but she’s also rocked a killer velvet oversized scrunchie for formal affairs too. Basically, the newly-engaged model is single-handedly bringing back the aerobics vibes of thirty years ago.

As it happens, Baldwin isn’t the only fashion plate to get in on the bike shorts game. Not only did Kylie Jenner rock a Spandex version of the look almost immediately after giving birth to baby Stormi, but older sister Kendall has rocked the look on numerous occasions — as has Bella Hadid, when she wore a cool metallic version of the style.

If that’s not an indication that the bike short has officially been resurrected (in any fabric), we don’t know what is