But how can you recreate her look within minutes? Here are some simple steps to becoming the famous "Hey, puddin!" star… 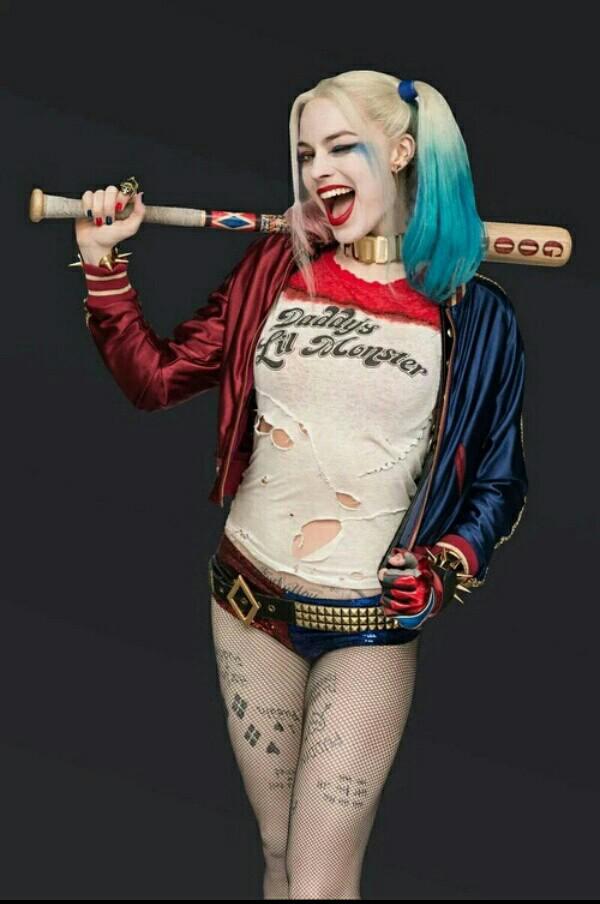 Who is Harley Quinn?

Baseball-bat wielding Harley Quinn, with her striking blonde locks and eye-catching hot pants, has become one of the most popular villains in DC Comics.

The character saw a recent surge of popularity after Margot Robbie stole the show in Suicide Squad with her portrayal of the role.

On the surface Harley is a loveable, flirty character who is in love with the Joker and refers to him as “Puddin’”, but her story is fairly tragic.

Before she was the Joker’s lover, Harley Quinn was Dr Harleen Quinzel, a psychiatrist at Arkham Asylum.

While she was there she fell in love with the Joker and ending up helping him escape, although their relationship is extremely complicated.

How can you look like Harley Quinn for Halloween?

She has racked up over 314,000 followers thanks to her spot-on look, and explained how she achieved it on YouTube.

Here are the steps to follow to transform into the character:

1. Place hair in bunches or use a platinum blonde wig and separate it into bunches

2. Use hair chalk which can be bought from eBay to make her signature pink and blue hair

3. Starting with a make-up-free face, cover your skin with a few layers of pale foundation 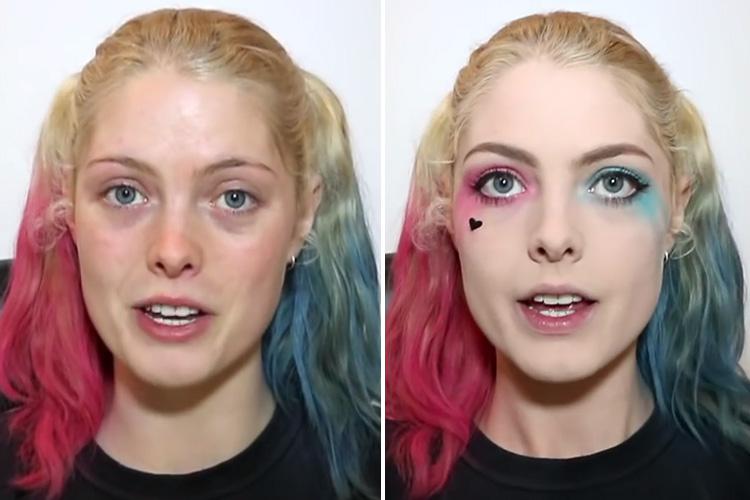 4. Apply powder on top to set it

6. To get Harley’s pink and blue eye make-up you’ll need some bright colours

7. Cover each eyelid with one colour and then drag the powder down the side of your face (Harley’s look isn’t supposed to look perfect so don’t worry about getting it immaculate) 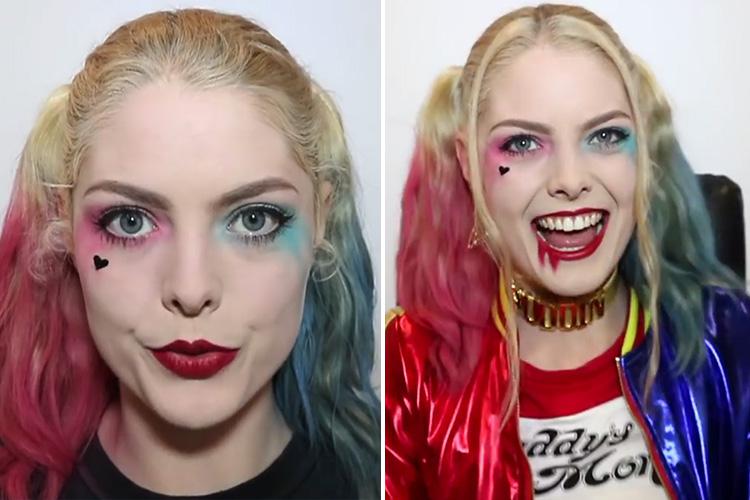 8. Add eyeliner and mascara to make your eyes stand out

11. Pull two strands out of your hair, and add one red and blue bobble to each pigtail 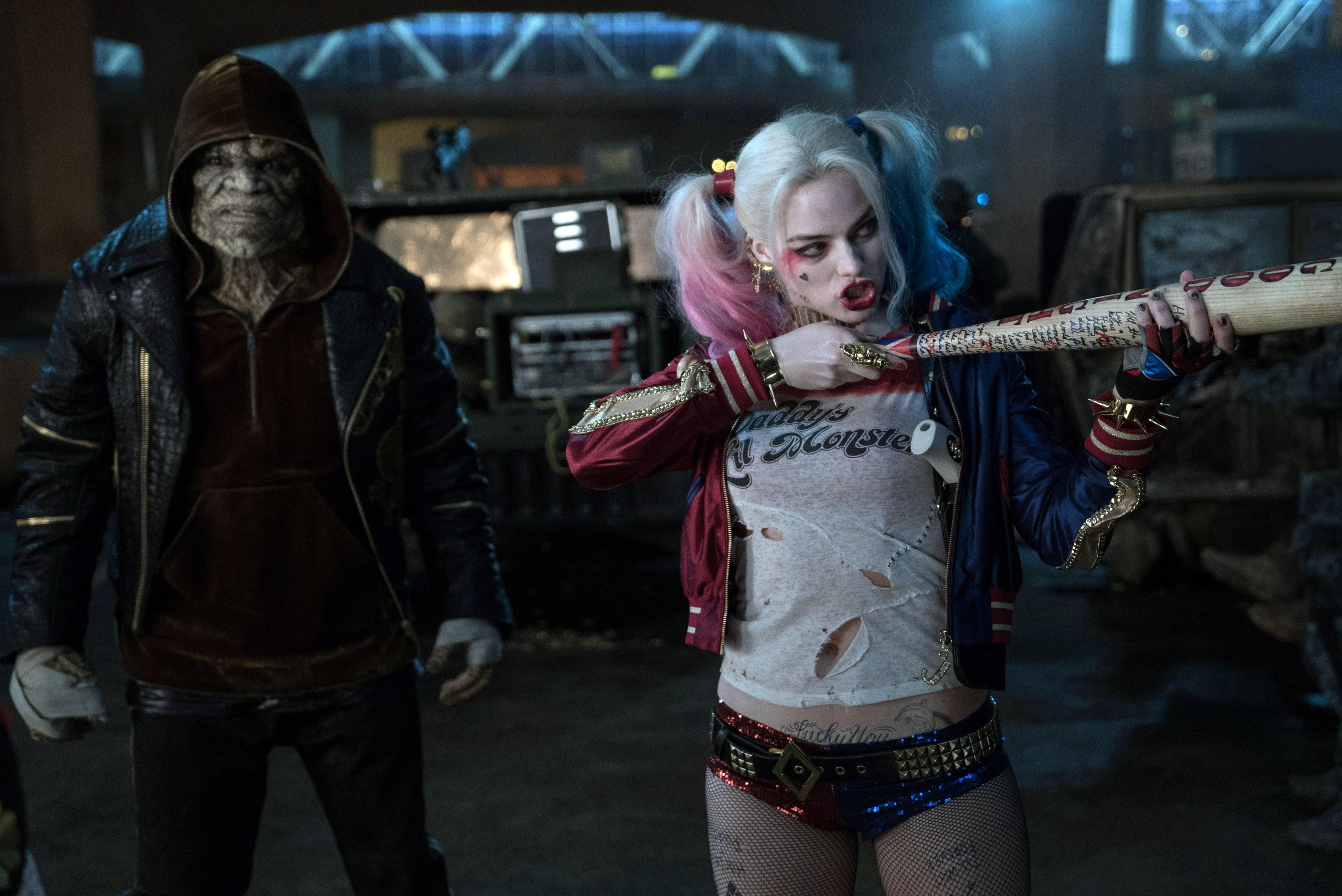 What outfit does Harley Quinn wear?

Harley has many outfits throughout the recent Suicide Squad film, but her most popular one is her red and blue hot pants look.

Many of the items can be bought from fancy dress shops such as Angel Fancy Dress.