Home » Fashion » Heads up, this 1990s hat trend is making a comeback

If there was one accessories trend to come out of Mercedes-Benz Fashion Week Australia, it was the return of the bucket hat as the chapeau de jour.

At fashion week, international buyers including Net-a-Porter's Lisa Aiken, as well as several magazine editors, were heard marvelling, "Well I'd better get myself a bucket hat," after a number of brands including Albus Lumen and Lee Mathews featured the style in their shows. 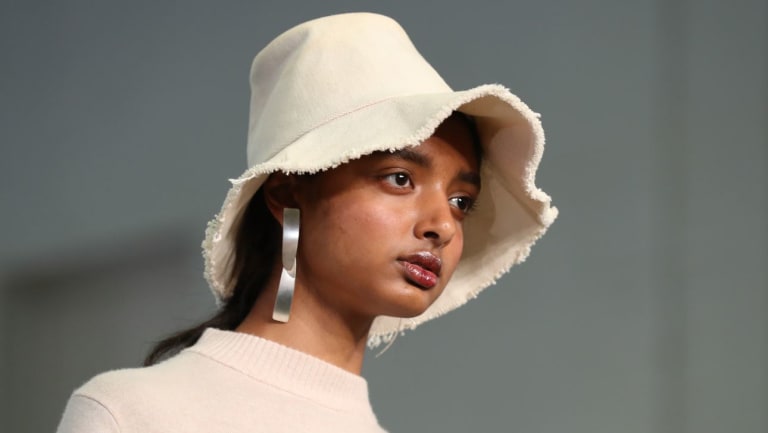 A model wears a bucket hat during the Lee Mathews show at Mercedes-Benz Fashion Week Australia.

Not only is it a sun-smart option, the bucket hat is part of the larger 1990s' revival we are seeing right now, especially from streetwear brands such as Supreme and Acne Studios.

On the international runways last September, bucket hats appeared in collections for Rosie Assoulin and Fenty Puma by Rihanna.

But the origins of the hat go back to rap musicians such as LL Cool J, who was often pictured looking like he'd been raiding the wardrobe department at Gilligan's Island.

Marina Afonina, stylist and designer at Albus Lumen, said her leather bucket hats, which were made by Helen Kaminski, were a natural progression from the straw hats from previous seasons. 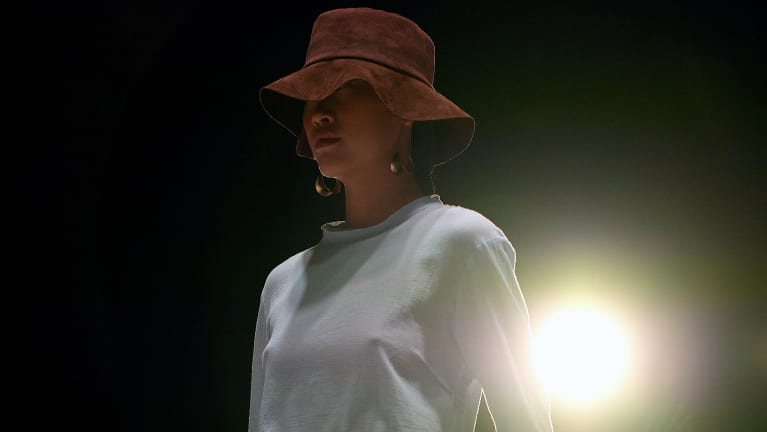 Bucket hats were a micro-trend at Mercedes-Benz Fashion Week Australia.

"It has a bit of a masculine/feminine vibe – the collection was called Paloma/Pablo [Picasso] – you can take it either way," she says.

"It's the perfect summer hat. It's suitable for resort but also for read-to-wear. It looks good with tailoring and with summer dresses, whereas a straw hat is pure resort. It's more versatile. It suits a lot of people as well."

Mathews said her take on the 1990s' trend "is a crumpled, well-loved sun hat".

"We wanted to add an element of eccentricity and personality to our runway girls, but also something that was distinctively Australian, and so thought what better than a beaten-up wide brim hat."