“When we first started coming up with this idea of portioned, chewable nutrition, we were like, ‘Oh it should be a cube,’” said Bryan Crowley, the chief executive of Soylent. They tried it. Turns out, he said, “Cubes are really difficult to do.”

So Soylent — the contrarian food replacement company that made its name hawking beige, drinkable meals to time-crunched Silicon Valley workers — on Thursday unleashed the next-best-thing: Soylent Squared, a 100-calorie, very much chewable “mini-meal,” which is not a cube, but instead a perfect (perfect!) square.

“We basically start as a meal replacement drink mostly consumed in the morning and powder in a ready to drink format,” Mr. Crowley said. “Now we’re a complete nutrition platform that you can enjoy any time of the day in multiple formats.”

For fans, Squared represents an obvious, if modest, next step, from liquid to solid. To the rest of the world, Soylent Squared is a snack-size protein bar.

This compromise echoes Soylent’s trajectory more generally. When it first emerged from Silicon Valley in 2014, Soylent was billed as a step beyond food — that time-consuming, tooth-exhausting replenishment favored by everyday humans. It was superfood for the teched-out super-person, an extreme lifestyle choice adapted by people who felt comfortable with extremity.

The product’s inventor, Rob Rhinehart, an electrical engineer by training, claimed in a blog post introducing the product that upon drinking it, he felt like “the six million dollar man.”

Soylent was embraced by people who resembled Mr. Reinhart, young affluent technology workers who saw it as a new tool to maximize their efficiency, something that could enhance performance by requiring them to waste less time eating. They were a small, but loyal group. For one marker, the Soylent Reddit community today is nearly 34,000 strong.

Soylent says it pays close attention to super-users like this. “We’re on there every day,” said Mr. Crowley.

But that Reddit community’s interest has broadened to include the countless Soylent alternatives and other “nutritionally complete foods” on the market — most recently, a fortified, microwaveable ramen product called Vite, which was born on Kickstarter last year. (Some members are also skeptical of the Soylent’s plans. In discussing leaked information about Soylent Squared, one user wrote: “Oh God … they are just making bars there?” Another added: “Really wish they’d do more powder flavors.”) 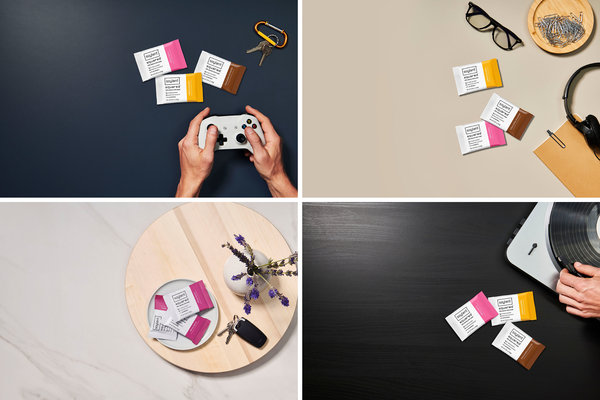 Mr. Rhinehart first pitched Soylent to the world with a post titled “How I Stopped Eating Food.” Now his successor Mr. Crowley says that Soylent’s customers — and everyone else — should definitely keep eating food.

Asked if new customers should consider living solely off Soylent, Mr. Crowley said, “We don’t recommend it, no. Absolutely. 100 percent. We don’t recommend, not because we don’t think it’s healthy or we don’t think it’s there. It’s a very difficult thing to do and our research tells us that it happens for a very limited amount of time.” (Mr. Rhinehart himself moved the company toward gentler “meal replacement” messaging before stepping down in December 2017, when he announced Mr. Crowley as his own replacement.)

Now Soylent has edged closer to something its customers might recognize as food.

There are other reasons to tell a less provocative story. In 2017, the Canadian Food Inspection Agency informed Soylent that its product didn’t meet agency requirements for “meal replacement,” which halted the company’s expansion in that country. In 2016, the first attempt at solid Soylent — the Food Bar — was quickly pulled from circulation after customers reported vomiting and diarrhea.

The company is working hard to ensure its products are not merely safe to eat, but also tasty and enjoyable. “That’s the big word that we talked a lot about,” Mr. Crowley said. “Before it was all about function. Original Soylent was function, function, function. Now you hear words like enjoyment in our mission.”

Mr. Crowley has made innovation a top priority and this year Soylent will introduce several new products. Squared comes second — after Bridge, a carton of low-calorie, protein-rich Soylent, also in beverage form — that the chief executive said is “helping us bring more females into the fold and still all plant-based, all based on the same platform, 36 essential nutrients.”

(Soylent customers are 65 percent men and 35 percent women, though Mr. Crowley said he did not know whether that split represented those consuming the product. He explained: “You could have a female purchaser that’s purchasing it for a male.”)

Soylent’s American expansion has, for the most part, been surprisingly conventional. Once a niche product only available on the web, it now sells at 4,400 Walmarts around the country, where it sits near familiar cold drinks, like milk. (Soylent sells unusually well in Grand Forks, N.D., the company said, offering no theory as to why that might be.) Soylent is now available in ready-to-drink (RTD) form on Amazon, in airports and carwash waiting rooms, and in thousands of other retail locations, supplied by major beverage distributors.

In 2019, Mr. Crowley said, Soylent is about filling in gaps: in a customer’s day; in its product line; in the global food supply.

Andrew Thomas, Soylent’s vice president of brand marketing, found an interesting gap in the tech industry — not, this time, at corporate offices, but in the gig economies their industry designed and oversees, where maximizing efficiency is more of an algorithmic mandate than it is a way to signal your sophistication.

“We are actually stocking fridges in the driver hubs for Lyft,” Mr. Thomas said. “So when the drivers come in either to sign paperwork or to find out what’s going on, for the next 3-6 months, there’ll be bottles of Soylent RTD available for them to pick up.”

The first sip is free. Soon, they’ll have a discount code for drivers. (Lyft and Rosa Foods, Soylent’s parent company, both have Andreessen Horowitz as a major investor.) Mr. Thomas has also created a partnership with the company Cargo, which works with Uber and other companies to supply drivers and passengers with food, and Mr. Crowley said he has “connected” with the chief executive of Postmates, a delivery service.

Through these partnerships, potential and established, Soylent will complete a sort of circuit, taking its product, once a lifestyle choice for a small group of technology overlords, and pushing it as a lifestyle necessity to the tech underclass for whom every moment spent on things like eating instead of working means less money.

Asked if he felt he was enabling an economy that was harmful to those who worked in it, Mr. Crowley demurred.

“We play such a small role in there,” he said. “We don’t even answer to those types of things.” He suggested that Soylent could contribute to solving other pressing global issues. “So we have overpopulation,” he said. “9.7 billion by 2050. What do nutritionists tell us?”

As the company has broadened its messaging, it has also incorporated more foodlike qualities into its anti-food. Soylent is now available in seven flavors, some caffeinated, including “Cacao” and “Cafe Chai,” invoking other drink-adjacent tastes. Soylent’s first flavor is listed simply as “Original.” (Mr. Crowley said it has been hard to shake perceptions of what the original product tasted like. He jokingly anticipated a headline about Squared: “Chalky, No-Taste Soylent Launches Tasteful Bars.”)

Soylent Squared, which will be solely available online upon its debut and will cost $30 for 30 bars, comes in three cozy flavors: Chocolate Brownie, Citrus Berry and Salted Caramel.

“People want to consume what they know,” Mr. Crowley said. “If you want to scale it, you need to tap into something they know.” What customers know best, it turns out, is food.

Next up? “We’re working on savory,“ Mr. Crowley said.

Jonah Bromwich is based in New York. He writes for the Style section. @jonesieman

John Herrman covers tech and media for the Times Magazine, and was one of the first three recipients of The Times’s David Carr Fellowship. Previously, he was a reporter for the Business section. @jwherrman