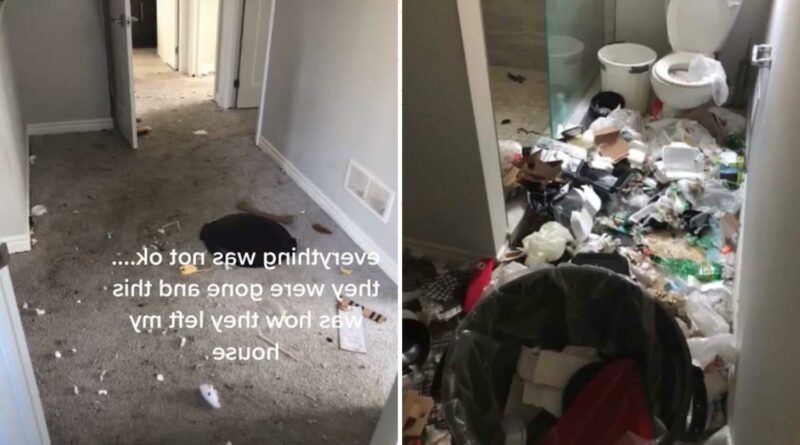 WE'VE no doubt that some landlords have a list of horror stories they could reel off when it comes to poorly behaved tenants, but one woman's experience of renting her properly will leave you feeling nauseous.

TikTok user @chipthechi was left horrified when they arrived to check up on their property to find that the tenants had gone and their house had been completely destroyed. 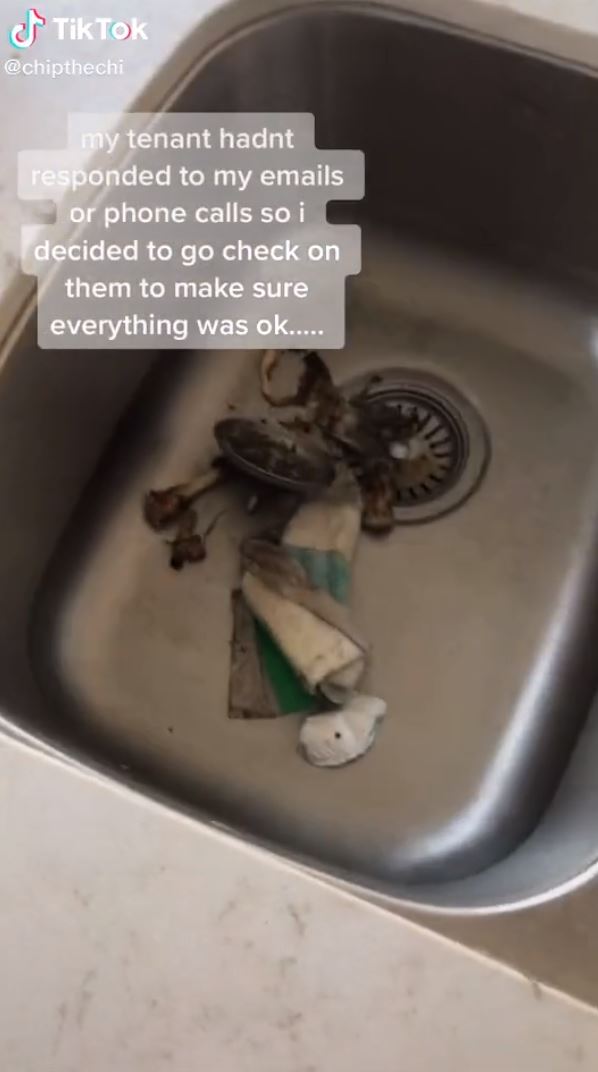 Convinced something wasn't quite right, she explained that her tenants had been ignoring her phone calls and emails, so she decided to go and check on them and the property.

When she arrived she was greeted with a nasty surprise, as the house was completely wrecked and every room was covered in mess and dirt.

The kitchen had a dirty fridge, blocked sinks and grime all over the worktops, while the bathroom floor was no longer visible due to the mountain of rubbish that had been thrown across it.

Stains could be seen all over the stairs and the carpets were filthy. 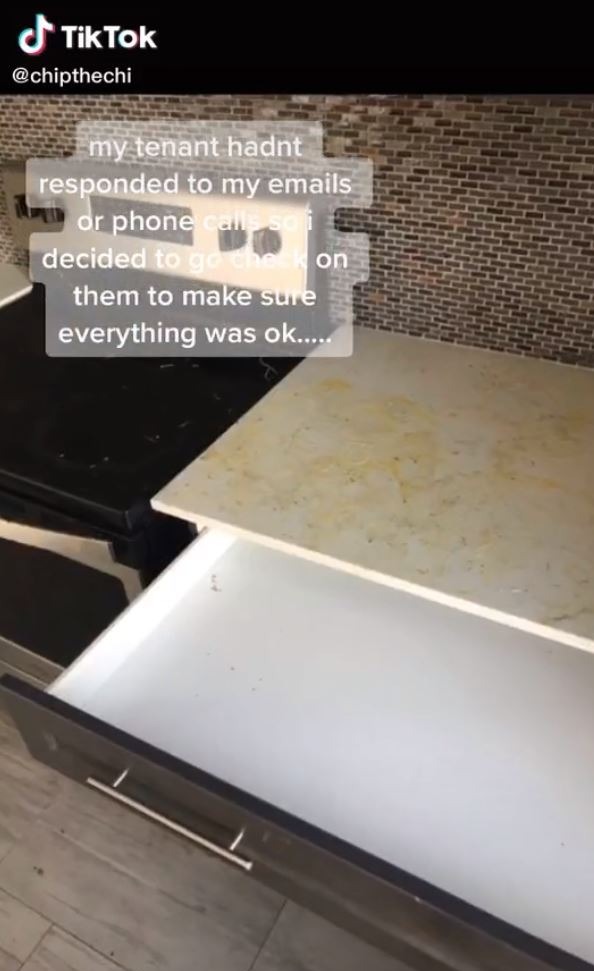 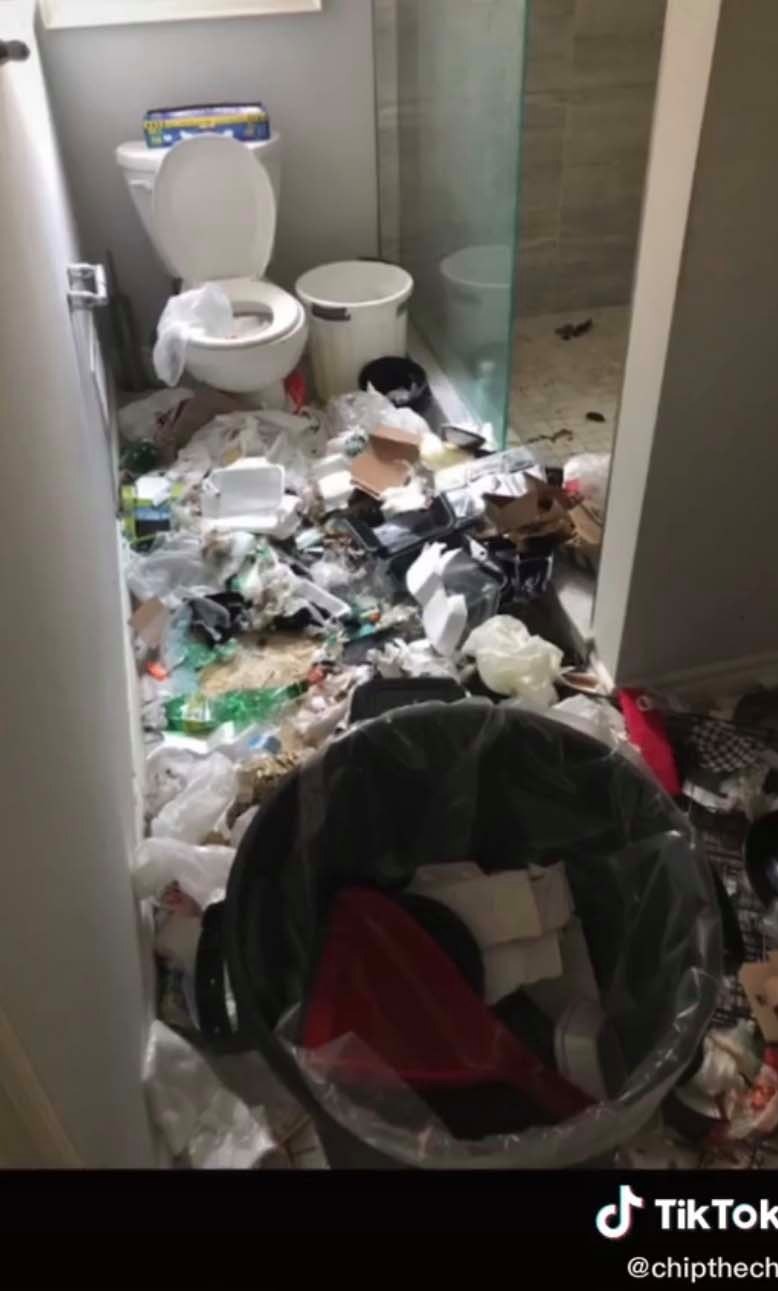 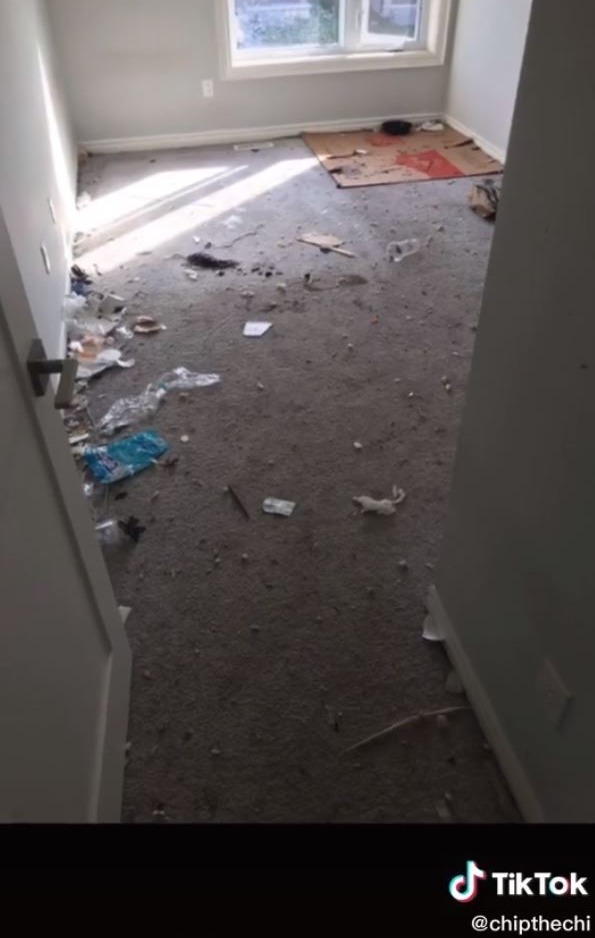 "Everything was not OK, they were gone… and this was how they left my house," the landlord said, adding: "I never expected this."

The video of the damage has since been watched over 1.5million times and thousands of people were left horrified as they commented on the post.

One person posted: "Who the hell lives like this?!"

Another said: "I literally can't survive if there's stuff on the floor alone idk how people can do this (sic)." 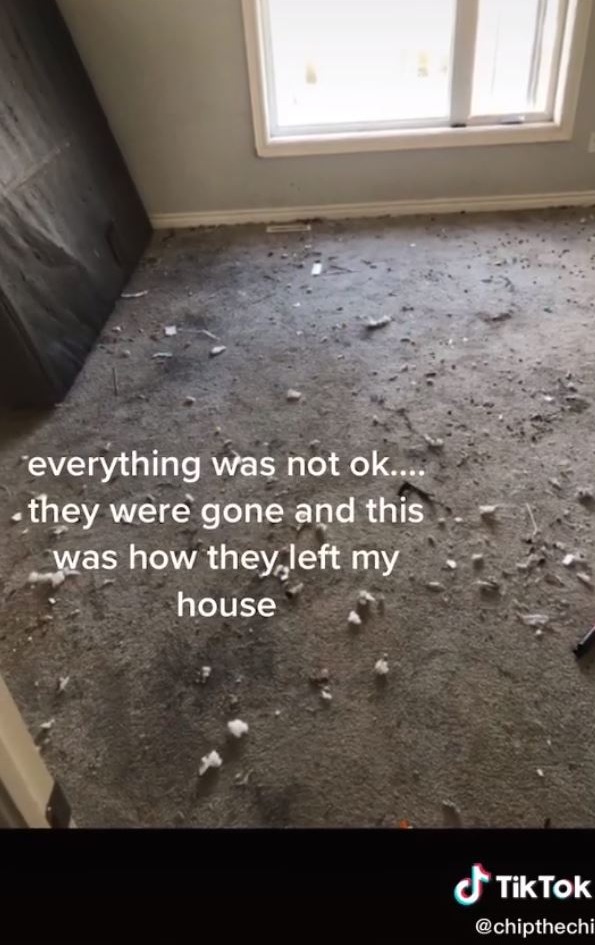 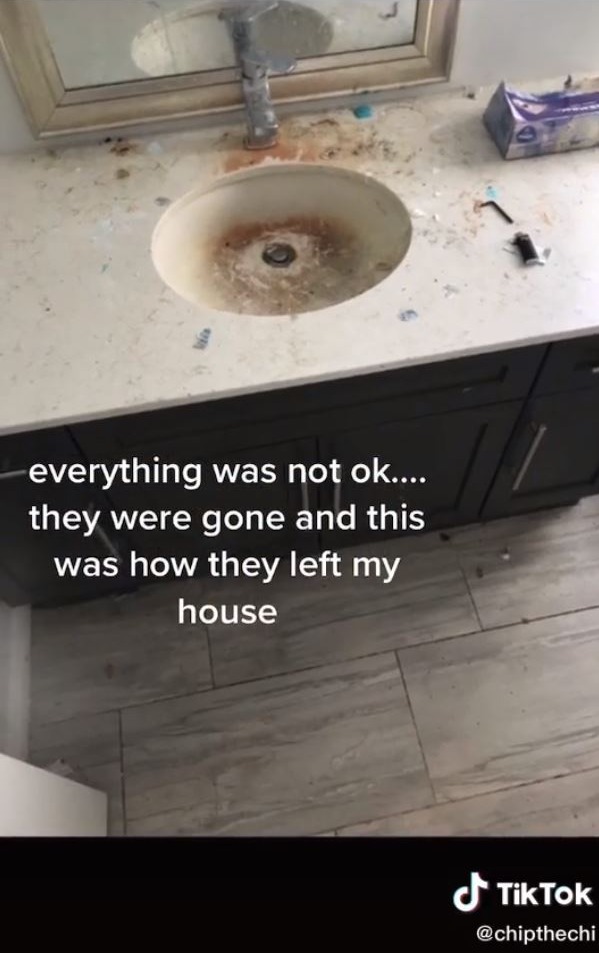 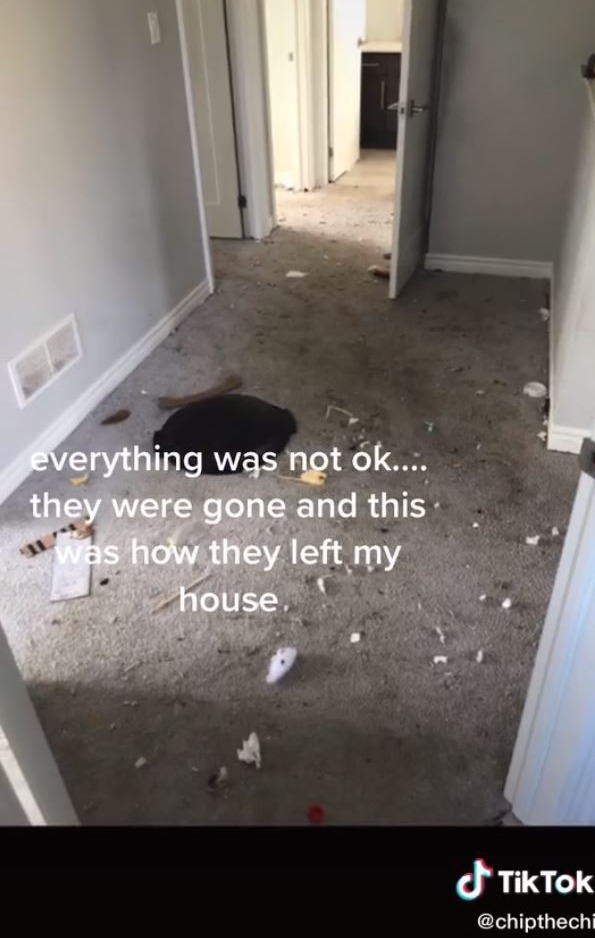 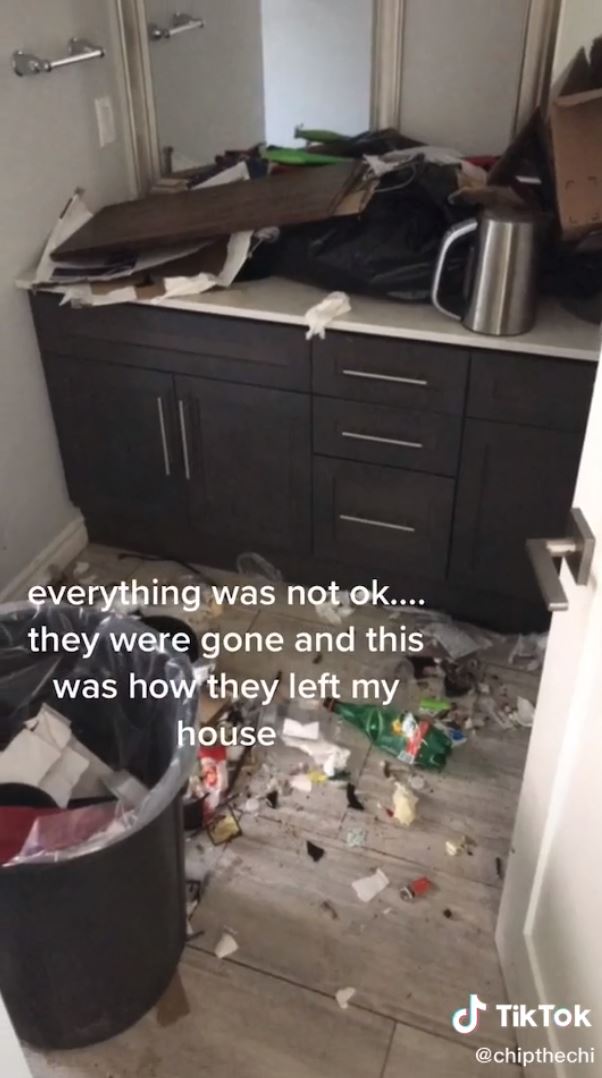 A third wrote: "Girl if you're in Austin Texas I'll gift you a free cleaning that is not OK."

"This is sad," one more wrote. "They didn't have to leave the house like this."

Seemingly able to relate, one person added: "And renters have the audacity to complain when landlords ask for a damage deposit."

The landlord shared an update in a follow-up video and revealed that three people, including a couple, had been living in the house for over a year, but stopped paying rent in January.

Neighbours revealed the house has been abandoned since "at least December" and the landlord and her husband now have a huge cleaning job on their hands – including ripping up the carpets.

Hoping to get cleaners in, she said: "I don't know if they can clean the carpet, it's really terrible – maybe the hardwood can stay, but it's so dirty, it's like embedded in the floor.

"I'm not looking for sympathy or anything, I just wanted to raise awareness that you can check on [tenants] all you want, but you never know if this is going to happen.

"It could happen to anyone."

Meanwhile, one heartbroken woman has asked people to help her decipher grandad's messy note after he died.

Plus, one elderly couple who aren't able to clean their house anymore broke down in tears when one kind woman transformer their home for free.

And a professional cleaner reveals the worst homes he's been faced with, including faeces on the floor and dead tarantulas in the bath.