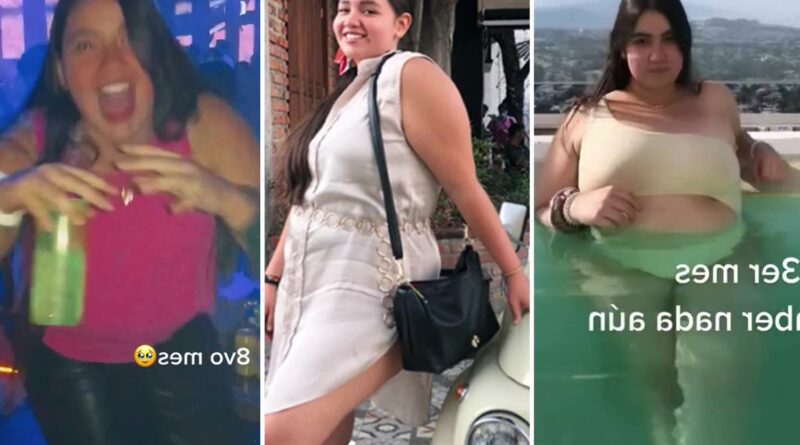 A WOMAN boozed through her entire pregnancy and went into labour on the dancefloor only to share pictures documenting the whole thing online.

Vivian Wise Ruizvelasco, 20, suffered intense hip and stomach pain while out partying for a friend's birthday. 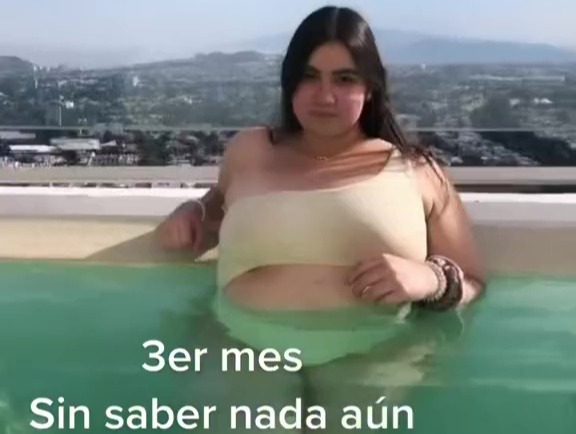 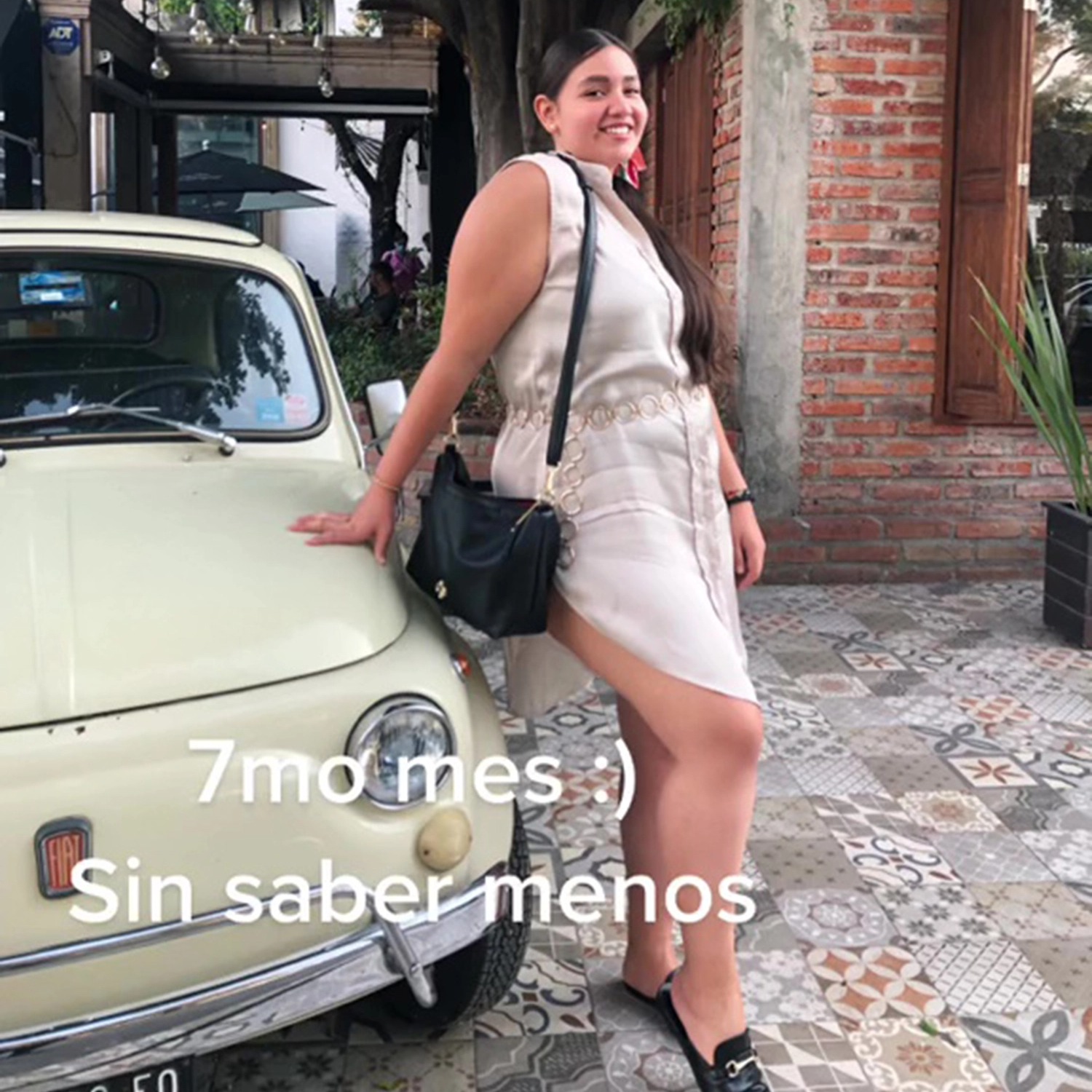 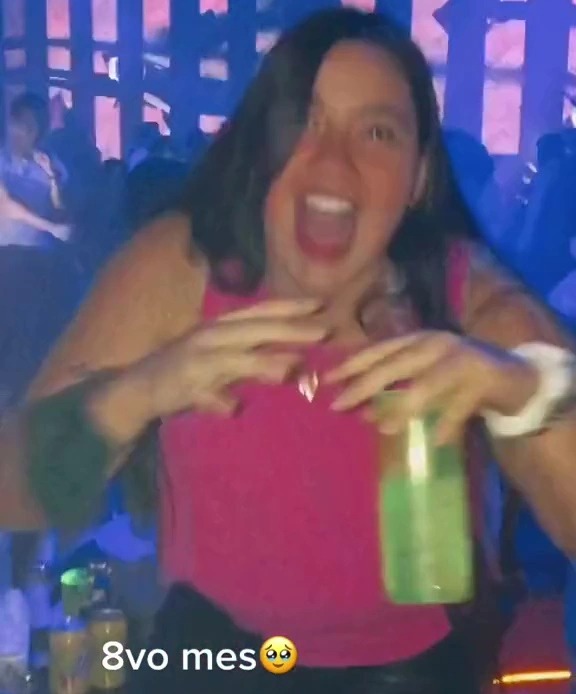 She went home hoping the pain would go away with a good night's sleep but awoke with some bizarre symptoms.

The young shop assistant from Mexico drank herbal tea and took over-the-counter medication hoping it would help but the pain just got worse.

Her boyfriend Tonatiuh González knew something wasn’t right and rushed her to hospital.

When they arrived the young woman was seen by a gynaecologist and Vivian recalls her world “falling apart” as she was informed she was going into labour. 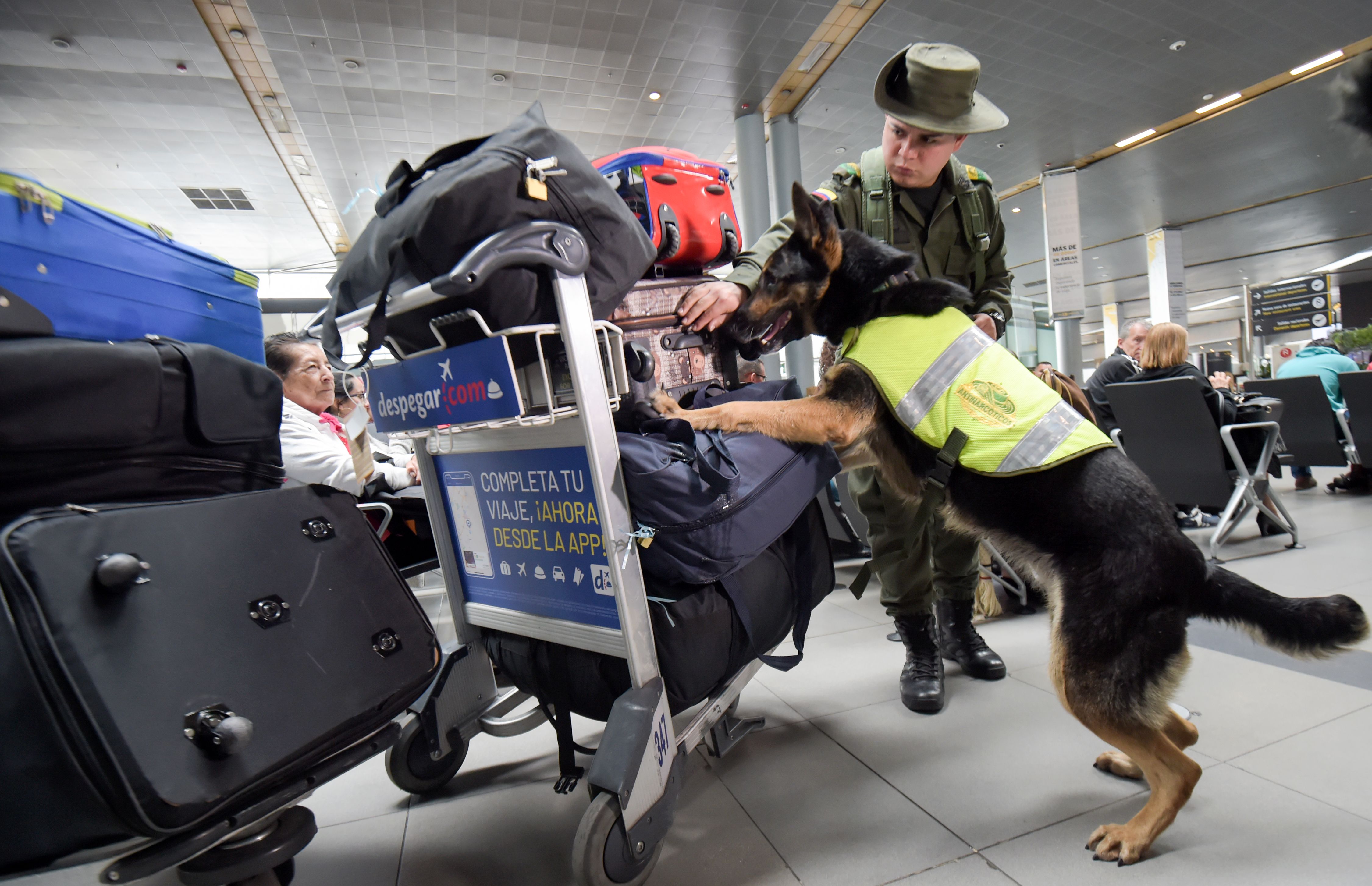 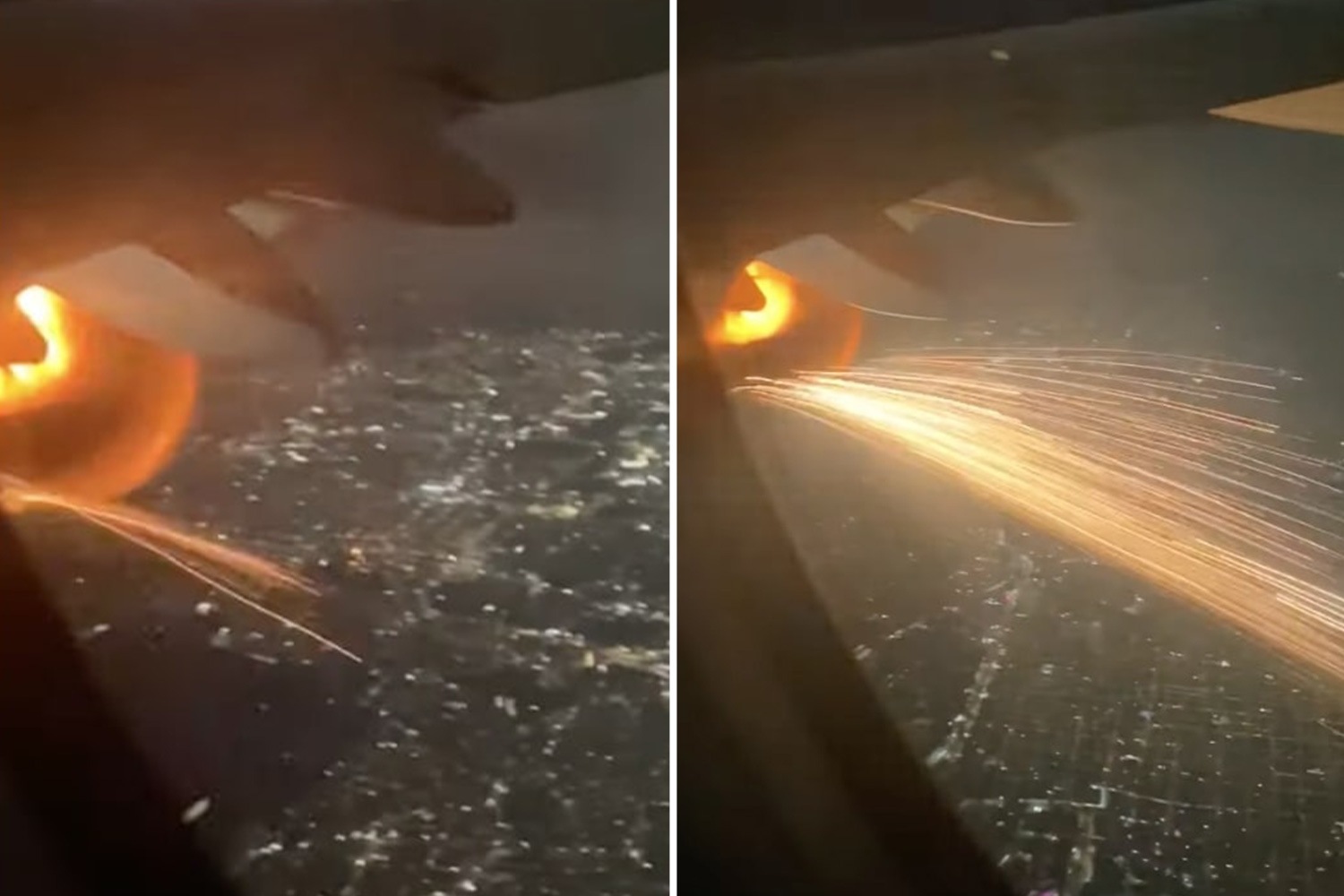 "I found out I was pregnant when I was already in labour," Vivian told NeedToKnow.Online.

"Immediately, I went into shock for many reasons – such as if the baby was okay and what I was going to do with him, as I’ve never carried a baby [before] in my life.

"[I worried] about everything I needed to buy and in that moment, my world fell apart.

"Since [two days prior] I had felt a little bad, but it wasn’t that bad and on the Saturday, I didn’t feel bad at all.

More than 1.1million Brits to get first Cost of Living payment from this week

"At night, I went to dinner and celebrated a friend’s birthday, but I decided to leave because I felt quite ill.

"I had pain in my hip and stomach, which I obviously didn’t know what it was and I got home around midnight.

"I couldn’t sleep until nine in the morning and I went to work as it was a Sunday, but I still felt really bad.

"I told my boyfriend I was taking a thousand pills and drinking tea – but the pain got worse, until around three in the afternoon, when he decided to take me out of work and to the hospital.

"That’s when they told me that the pain was because I was in labour and that I had to give birth."

Vivian claims she was “dying of pain” and given the baby was so far through the labour, she was rushed into a c-section.

Moments later, she was placed under anaesthesia and gave birth to her little boy, Matías – but instead of feeling overjoyed, the couple were left with a mix of emotions.

She said: "I stayed awake until he was born and I don’t know what I felt [upon seeing him].

"I didn’t feel hurt or anything at all, but my boyfriend was in shock.

"I don’t know what he was [thinking], but he clearly had to get moving as there were things we needed, as well as how we were going to pay for the hospital.

"He had to get all of that from almost one day to the next and he was so scared, but I understood."

In a bid to share their "shocking" ordeal, Vivian shared a video of her experience on TikTok, racking up 16.9 million views and 1.3 million likes.

In the clip, she begins with a video of her drinking and singing while in a club, along with various other clips of her in a pool, with friends and her boyfriend.

Over the video, she gives a pregnancy countdown, before revealing a photo of the happy couple cradling their newborn.

Users have flocked to the comments' section to share their reactions, with many sharing similar experiences.

“This happened to me with my first daughter never knew I was prego till the day I had her and I was getting my period every month,” one person commented. [sic]

Another user added: "Welcome to the club I didn’t know I was expecting twins until I was 30 weeks and I delivered them at 34 weeks." 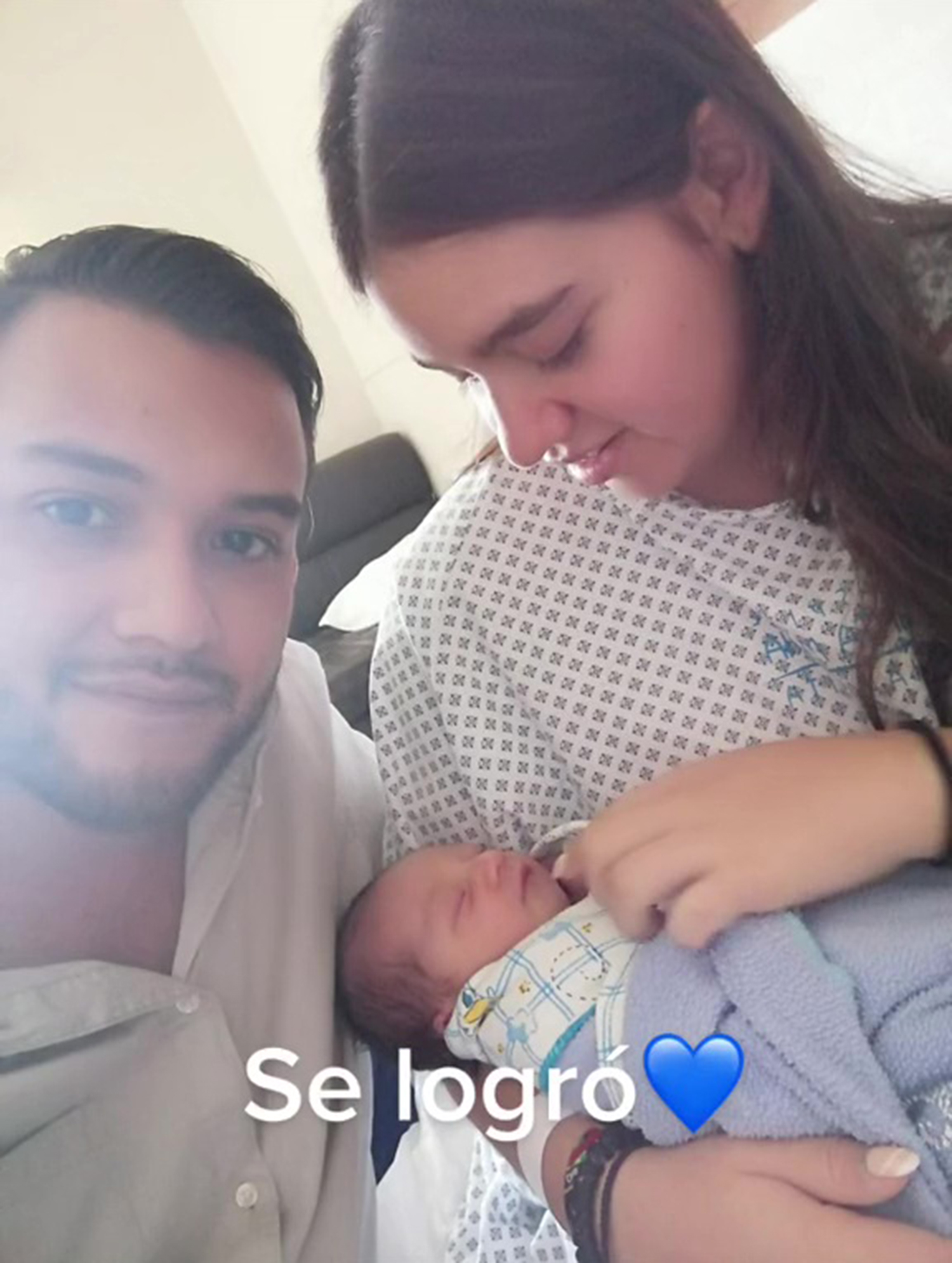 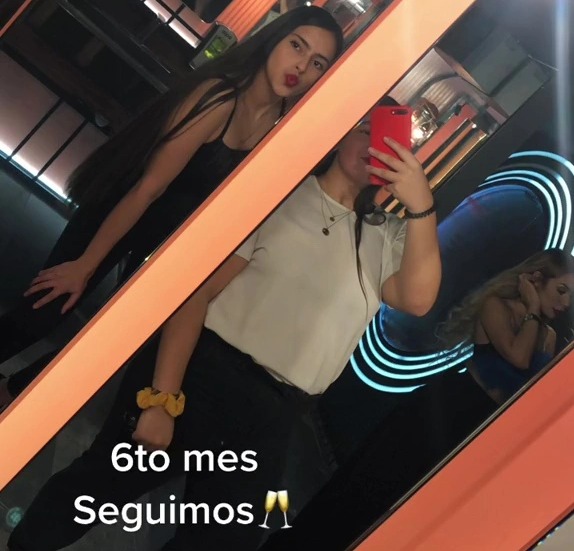 "Nvm the period but how do you not feel the baby move inside?" someone else wrote. [sic]

"This is actually common, some women don’t grow a stomach and because of fetal placement don’t feel the baby kick and are lucky to be asymptomatic," someone else claimed.

Vivian added: "Many people didn’t believe me and thought it was impossible or that it was a lie.

"The other majority of people were shocked and on the other hand, many women commented that the same thing happened to them.

"I always led my life as if nothing happened and I went out to parties a lot, but I no longer drank so much because I had my gallbladder removed almost a year ago.

"I was still drinking something though, as well as exercising and swimming – everything was really normal.

"At first, it was very difficult for me, as I had no experience or dealings with babies, but over time, I began to adapt.

"The fact I have to teach him how to be in life is very nice and he’s already going to daycare, as well as being happy.

"He’s my son, my partner and the love of my life – it’s honestly the best and most sudden thing that could have happened to me."

Drinking while pregnant can have devastating affects on your unborn child.

The UK's chief medical officer recommends the safest approach for expectant mums is to avoid it altogether throughout the pregnancy.

This is because alcohol can pose risks to the unborn baby including learning difficulties and behavioural problems – including foetal alcohol syndrome.

This is caused by alcohol passing through an expectant mum's blood through the placenta to her baby.

As the unborn child cannot process the alcohol, it can cause damage to the brain, spinal cord, and disrupt their growth.

The NHS says some characteristics include a smaller than average head and lower birth weight than their peers.

Poor growth is also a factor as they get older, and they’re often shorter than the average adult. 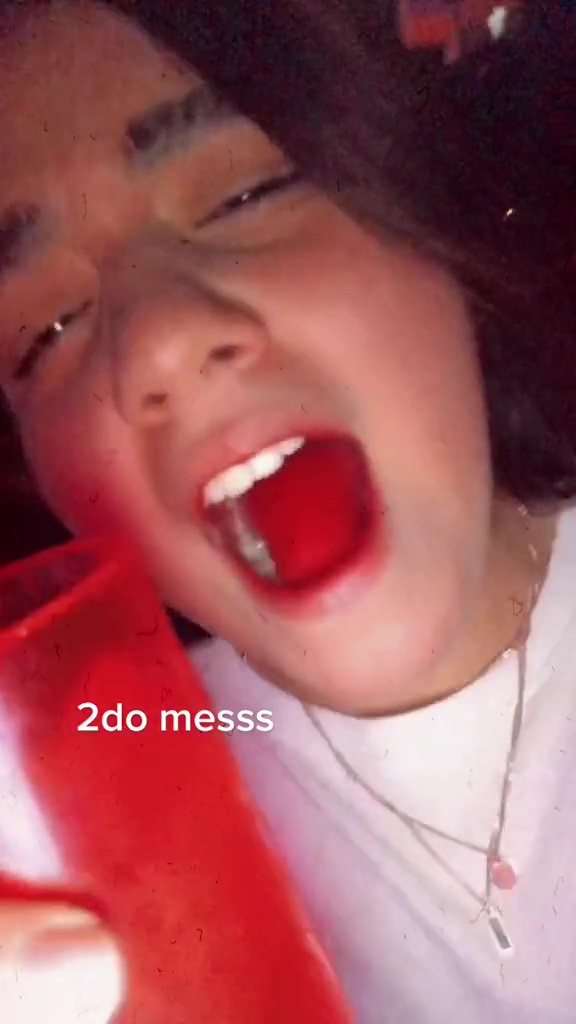