BABY gates can be unsightly and intrusive, and one mom showed what she uses as an alternative.

Her method is much less invasive, super cheap, and still effective. 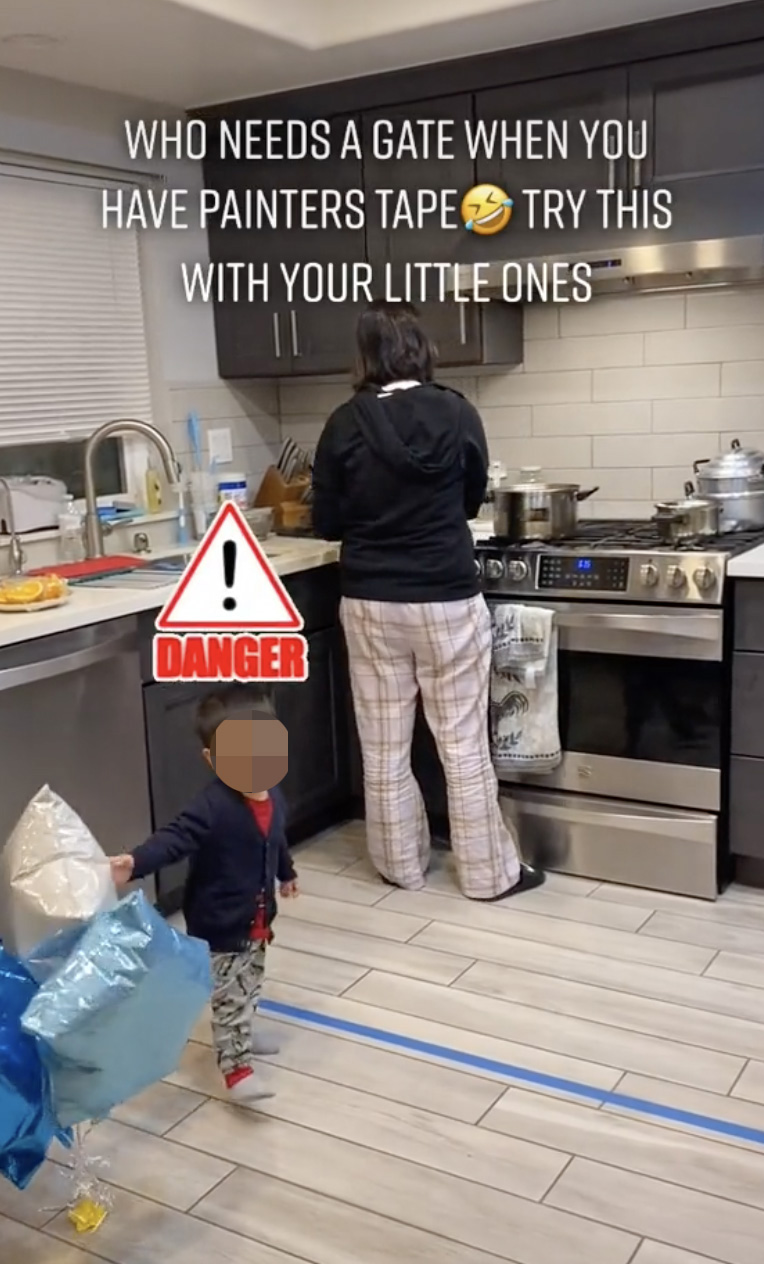 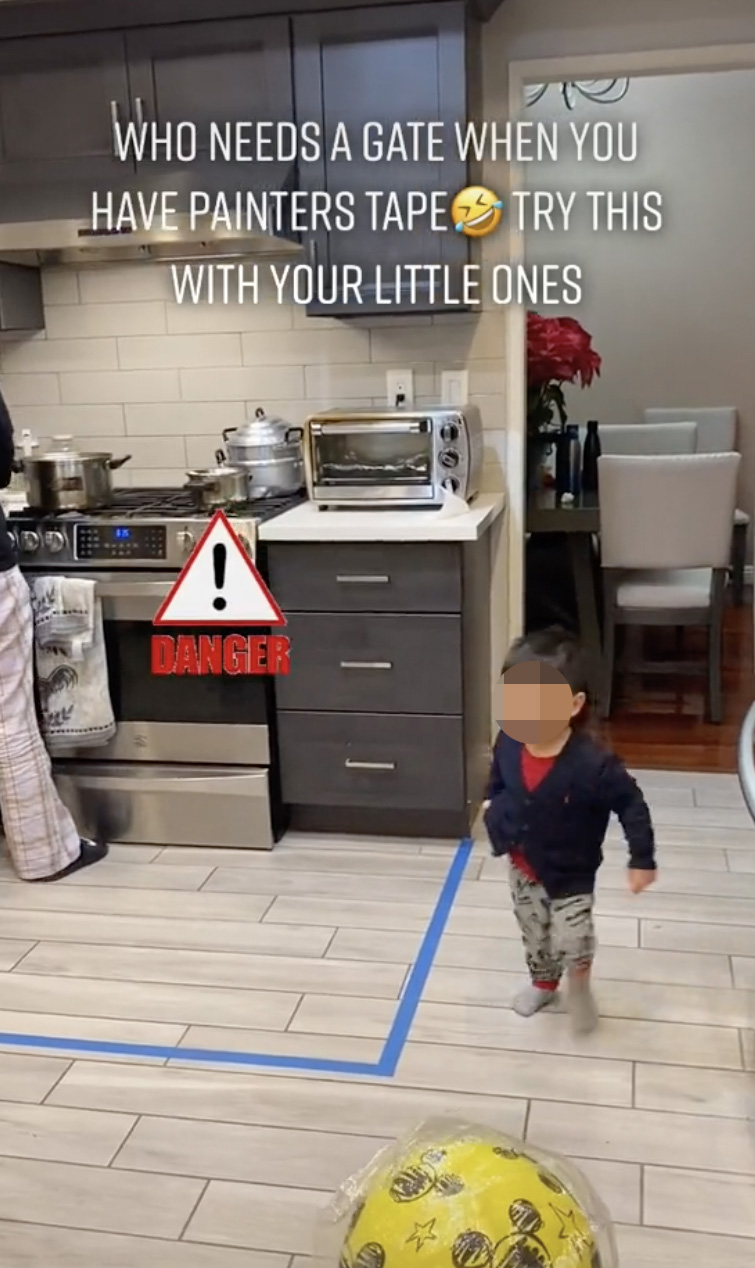 The mother, who goes by @tweetn on TikTok, revealed that she uses painter’s tape to block off her tot from dangerous areas of the house.

“Who needs a gate when you have painter’s tape,” she wrote in her video.

“Try this with your little ones.”

The tape was placed on the kitchen floor and outlined a no-go zone around the stove while she was cooking.

The video showed her young child walking back and forth and all around the tape, but never stepping inside the taped-off zone.

The post was viewed over four million times, and the thousands of comments left under it were overwhelmingly positive.

“That's what you call disciplined,” one viewer wrote.

“Many years ago my mom used to do this to my kids and they wouldn't enter the kitchen,” another added.

“Awesome. I will try this for my husband,” a third person joked.

Some viewers, though, were perplexed about how the kid was so well-trained and pleaded that the trick could never work on their kids.

“My kids would peel up the tape and then eat it,” one mother predicted.

“That’ll work for about 30 seconds, then what?” a doubter asked.

However, in response to the naysayers, another viewer wrote: “For those saying it won't work.

“It's called teaching them what it means and practicing it.”

It seems that the child in the video is eager in the kitchen, but for those who are not, there’s a trick to help with that as well.

One mom revealed she packs her children's bento boxes with all sorts of snacks so they can have their pickings while also saving her time throughout the day. 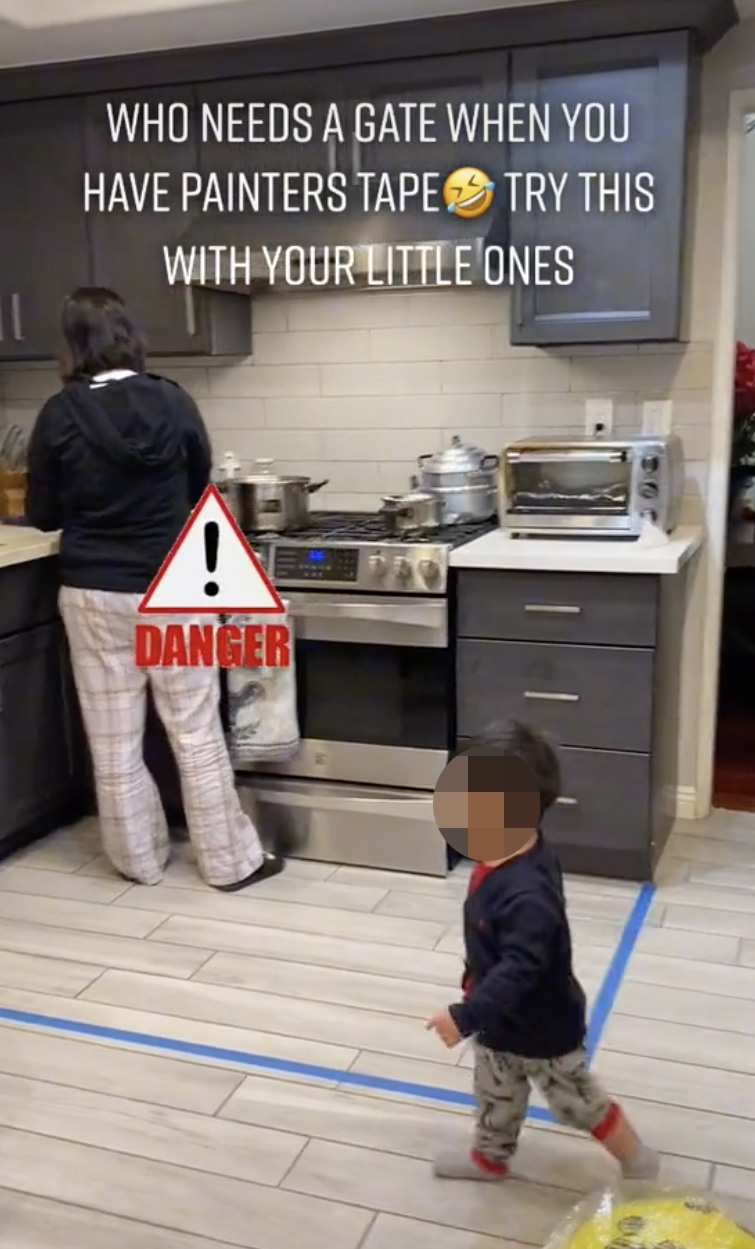