A WOMAN had the veins in her vagina “closed off” without any pain relief after a medical condition left her in agony everytime she had sex with her boyfriend.

Victoria Jenkins, 34, from north London, began experiencing excruciating stabbing pains during intercourse four years ago which also left her with a swollen abdomen. 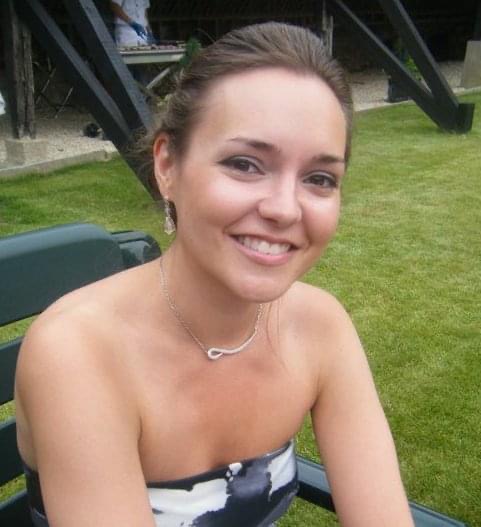 She was diagnosed with pelvic congestion syndrome – pain caused enlarged veins in the pelvis – in 2016, but was told there was nothing the NHS could do to treat it.

Victoria took painkillers so she could be intimate with boyfriend Jack Morgan, who she’s been in a relationship with for eight years, and hid just how much it hurt her.

But when the chronic pain became so intense, Victoria decided to research her condition and found a procedure that could help.

She saved £6,500 to have a vein embolisation performed privately at the Whiteley Clinic, in London. 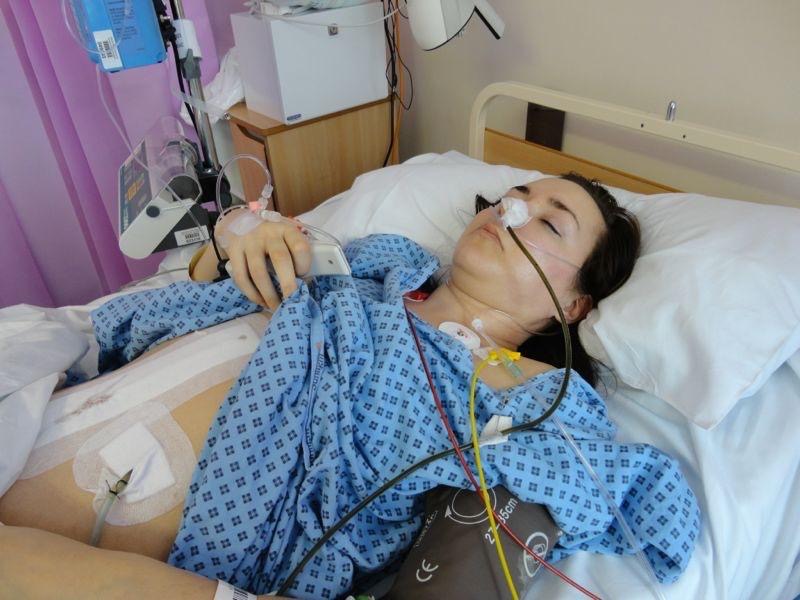 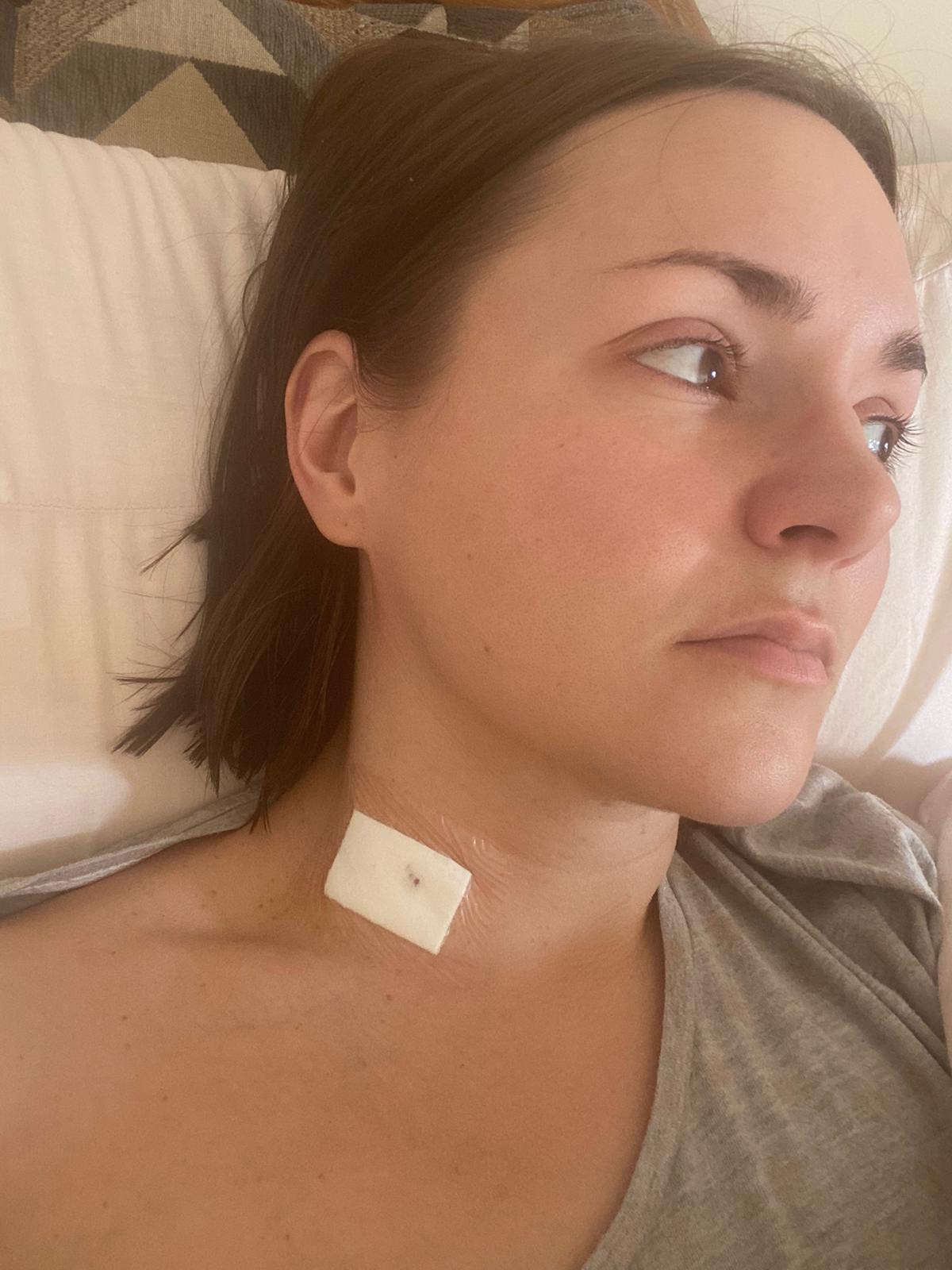 During the procedure, doctors inserted a tube into her neck, down her body and into her pelvis while she was awake.

Clothing designer Victoria was only given a local anesthetic on her neck and a small dose of diazepam to calm her nerves.

She was then told to squeeze a stress ball as 11 metal coils were inserted inside the tube to travel down to her pelvic veins and scar them, which will close them off permanently, stopping the pain.

Victoria was supposed to have the surgery in May but it was postponed until July 25 due to the coronavirus pandemic.

After two weeks of healing, Victoria was finally able to have intercourse with Jack for the first time in three months and says the pain is finally bearable and she is getting better every day. 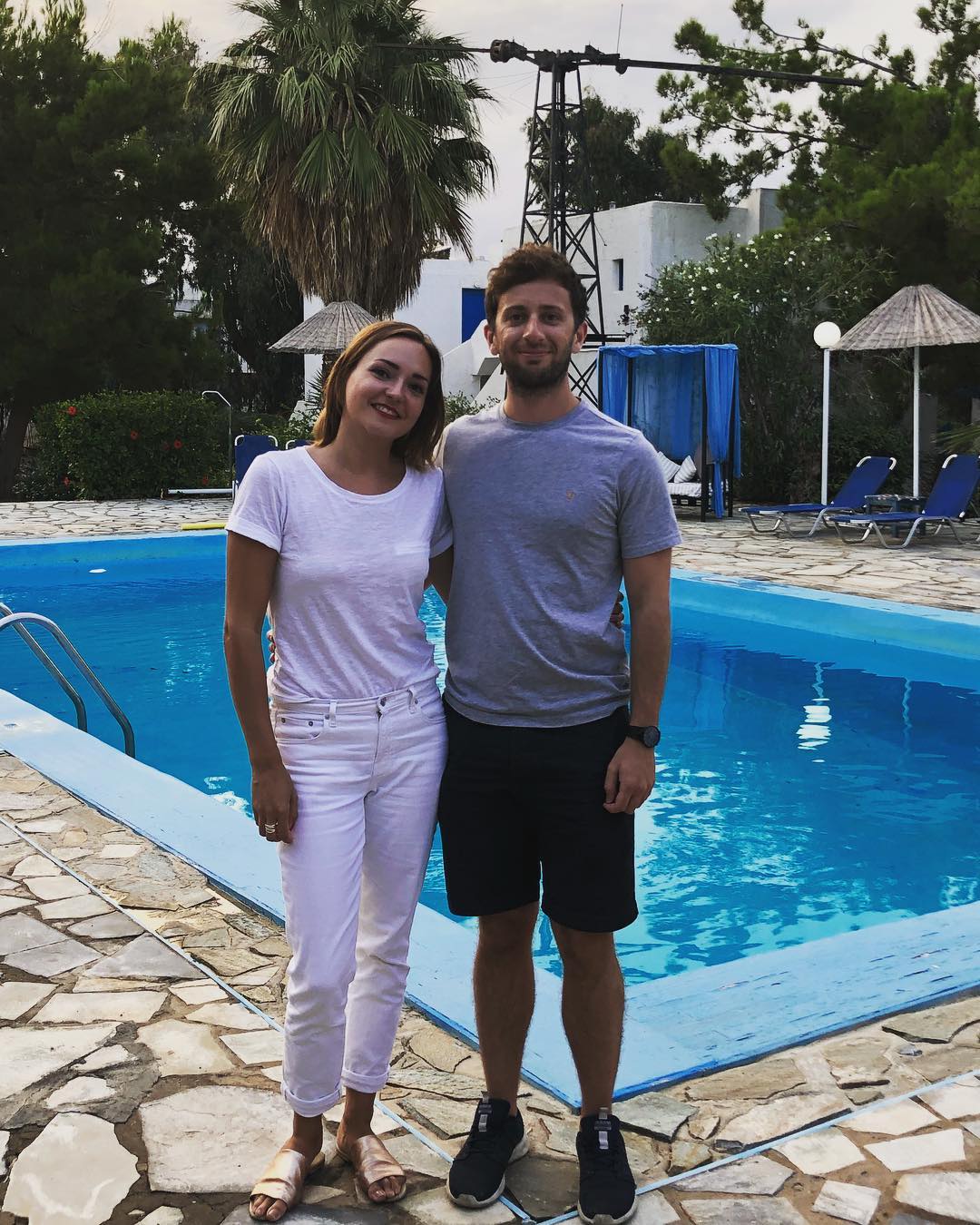 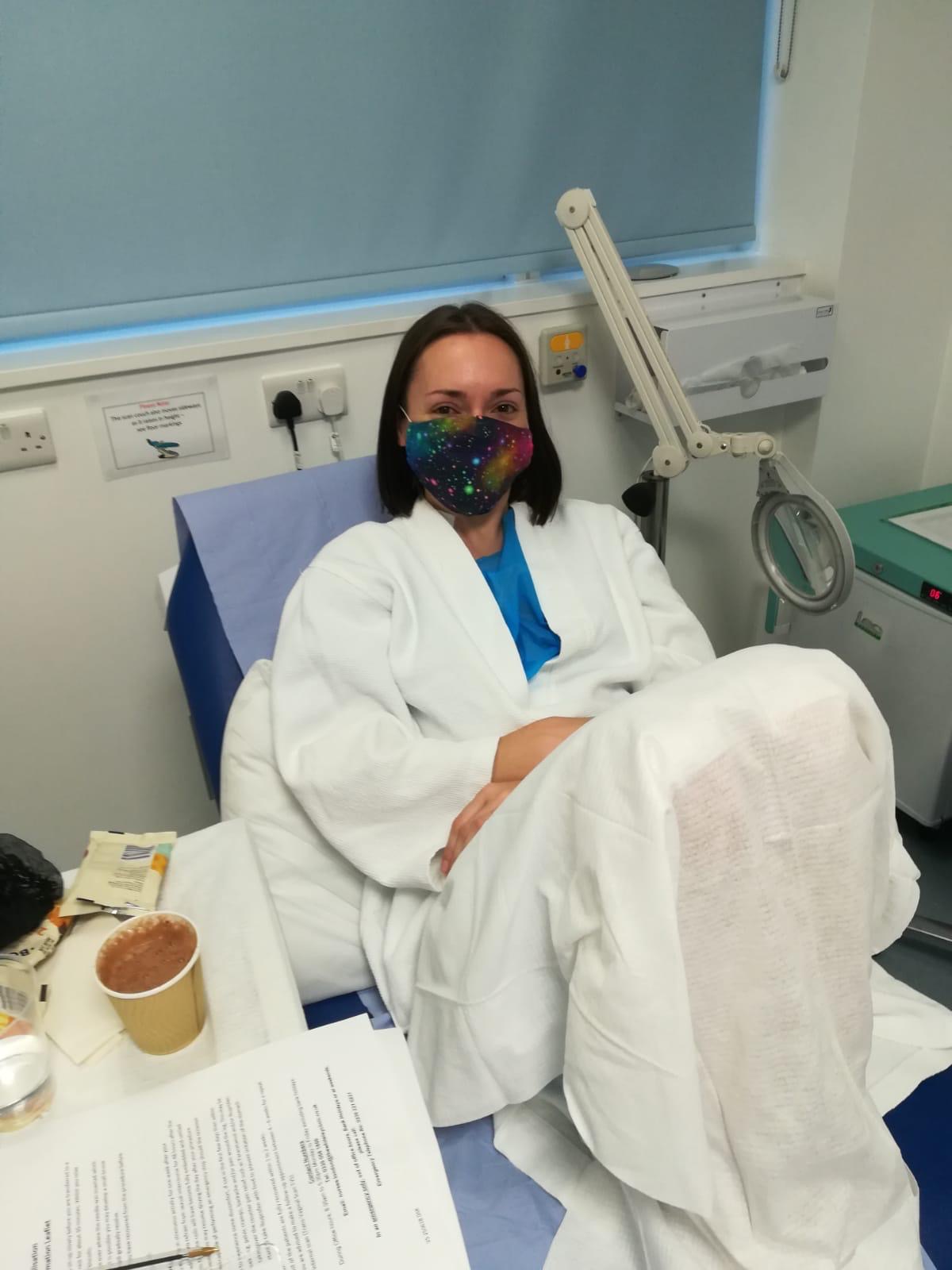 She said: “We’ve had sex once after I had the operation a week ago and already I could feel a huge difference – especially in my left side.

“I was in pain during sex before but the agony of the procedure itself was horrific.

“Over the past eight years I’ve built up a high tolerance to pain – I admitted myself to A&E two days after my stomach ulcer burst!

“But this procedure was like nothing I’ve ever felt before – I felt like my pelvic area was on fire and had razor-blades cutting into it.

“I was given a syringe to bite down on and a stress ball to squeeze. I also had a nurse holding my arm to comfort me, but nothing helped and I was shouting out from pain.

“Even though it was the most painful procedure I’ve ever experienced, I’m happy I had it done and hope that the effects of the operation will only get better.” 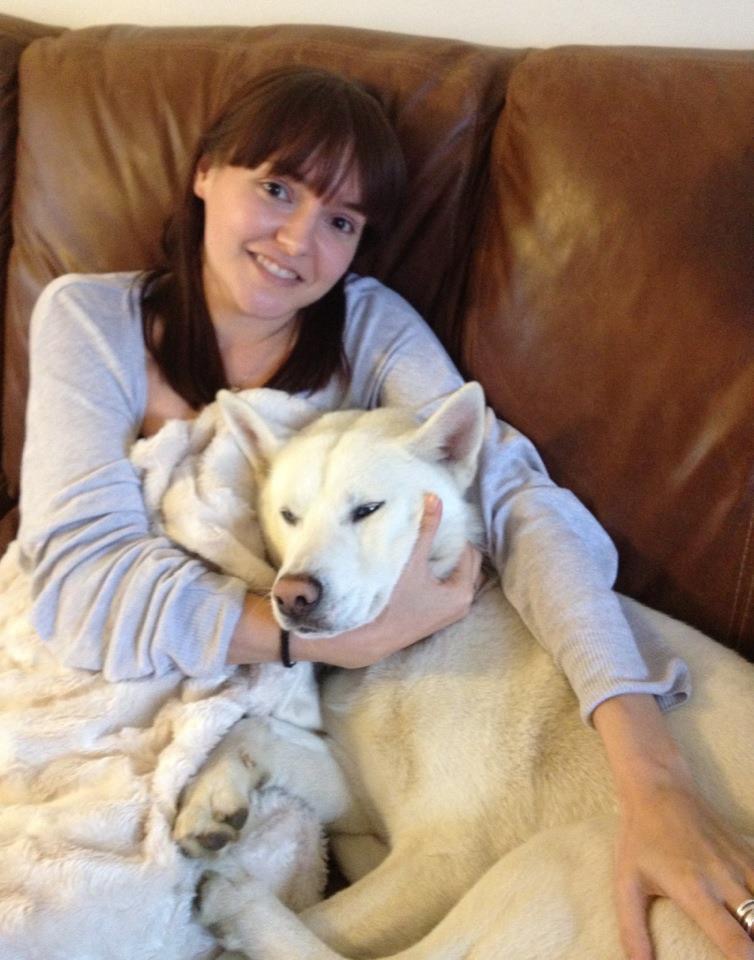 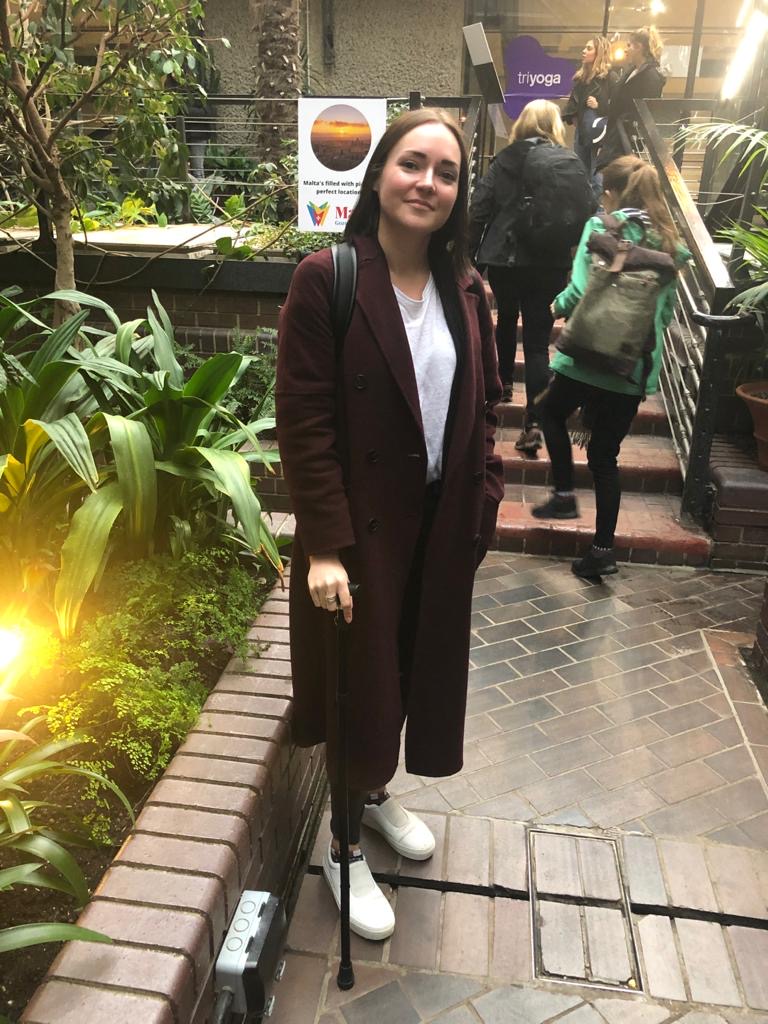 Victoria’s nightmare began in 2016 when she started to experience dull, period-like pains all the time, shooting pains down her legs and swelling of her stomach when she walked.

Victoria said: “I thought it was a cyst on my ovaries.

“I’ve had them in the past and the symptoms were similar so I thought it would go on its own.

“But the pain continued and it got to the point where I needed to go and see someone to get some answers.

“Experiencing pain during and after sex isn’t normal and I didn’t want my relationship to be effected because of it.” 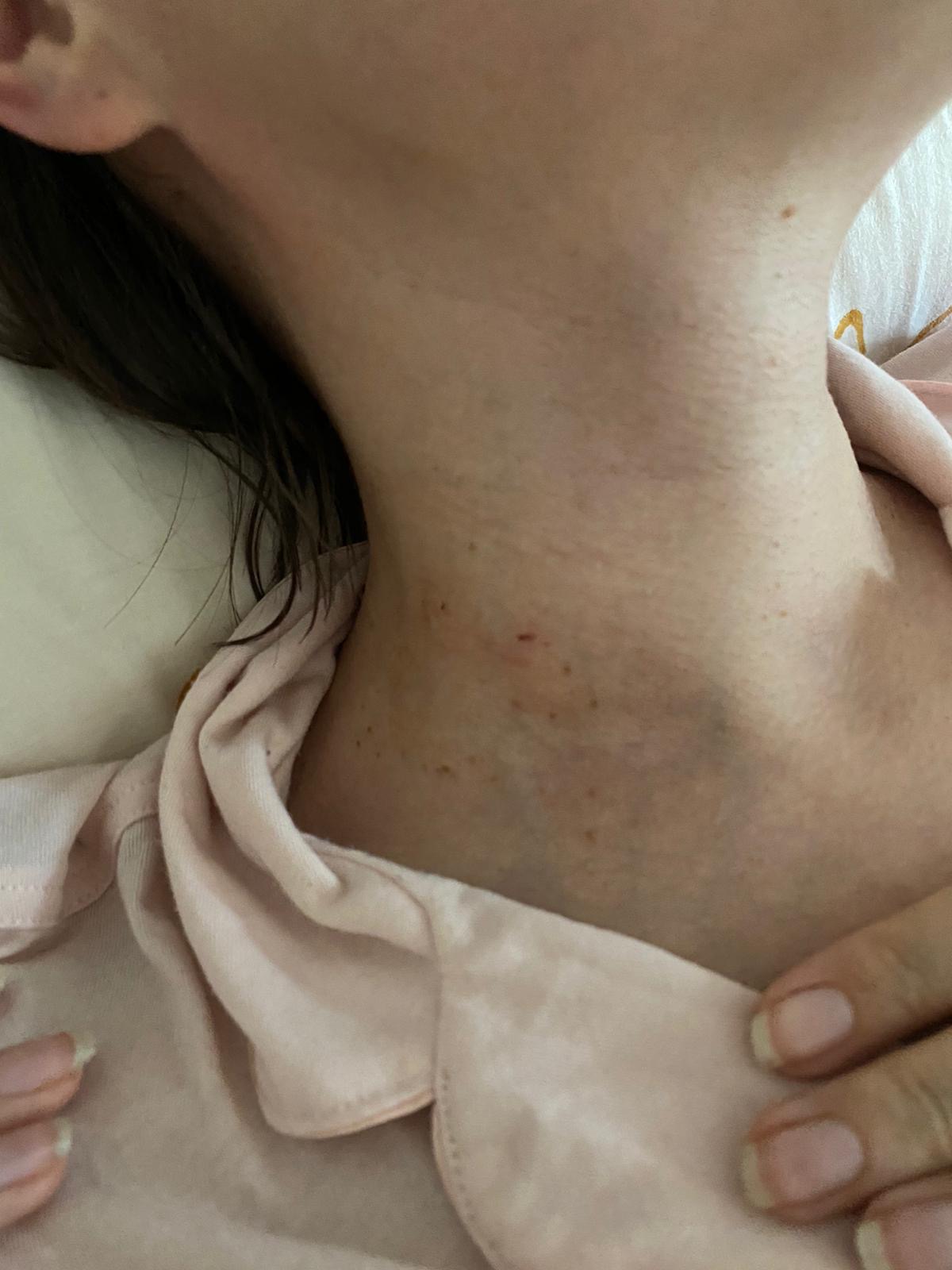 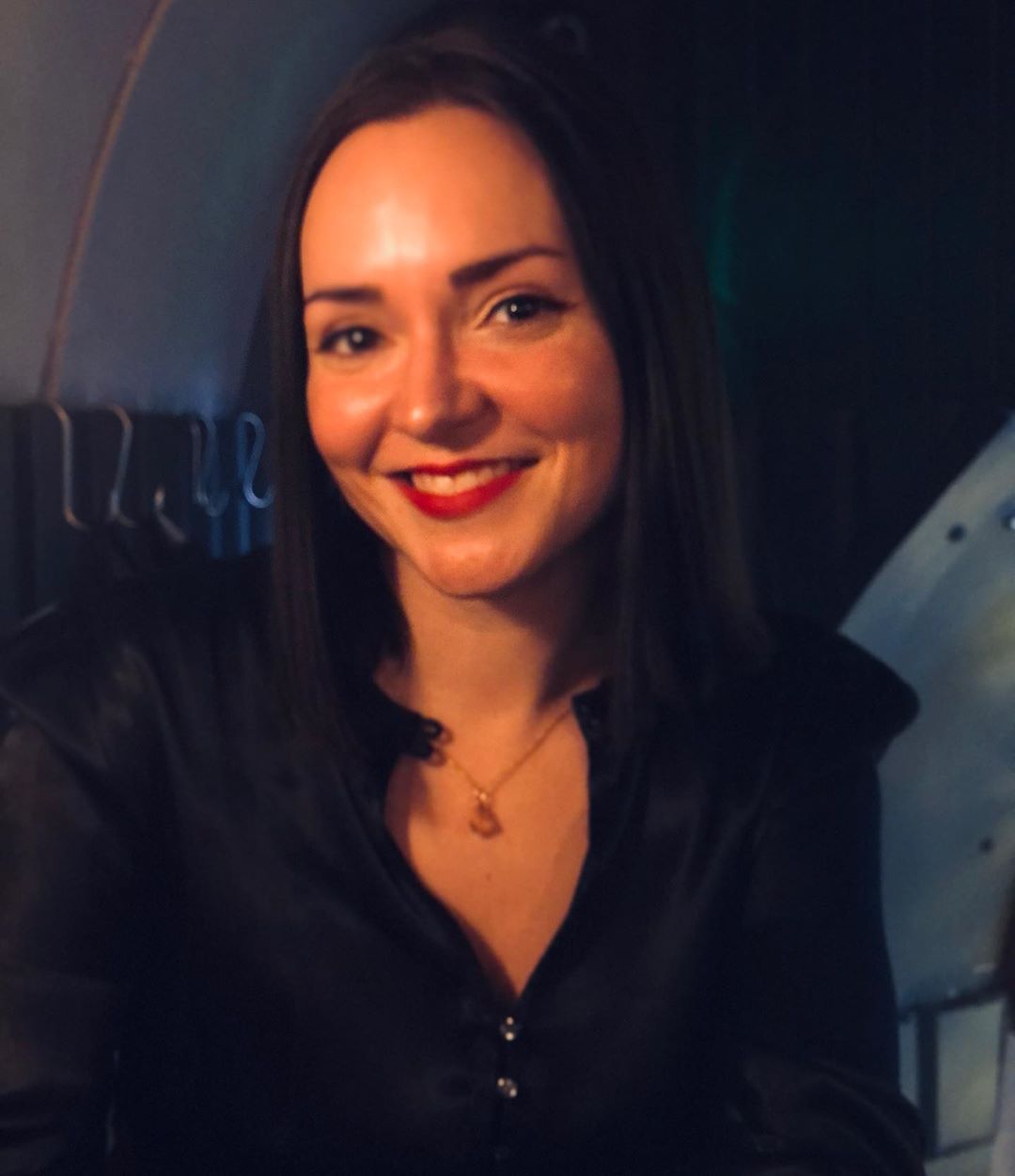 But a gynaecologist revealed that Victoria was actually suffering from Pelvic Congestion Syndrome and there was no treatment or cure she could have on the NHS.

She said: “I was desperate to sort it out so I went to a private doctor who gave me painkillers but they didn’t do anything.

“The pain during sex was really extreme, and because I couldn’t relax I’d seize up.

“There were times when I couldn’t get out of bed for a week, it was so bad.”

Finally, Victoria decided to have surgery done privately as it wasn’t available on the NHS.

WHAT IS PELVIC CONGESTION SYNDROME?

Pelvic Congestion Syndrome causes chronic pelvic pain due to enlarged varicose veins in the pelvis and is also known as ovarian vein reflux.

It is more common in women who have had children.

Vein embolisation closes off the veins so they can no longer enlarge with blood, relieving the pain.

The procedure is usually carried out under local anesthetic or intravenous sedation.

In January, Victoria went for a consultation, supported by her boyfriend, Jack 32, a market researcher – who was shocked to discover the extent of her pain during intercourse.

She said: “We were talking to the consultant and he said that I must have problems being intimate and asked me if it causes me a lot of pain.

“I blushed at that point and Jack was shocked, as I hadn’t been honest with him about just how painful it really was.

“I was worried about putting a strain on the relationship. We’ve been together for eight years and I thought that if I told him then he would be too worried that I was in pain to have sex.

“‘But if you take sex away then it’s just like you’re living with a friend. I wanted to show Jack just how much I loved him.” 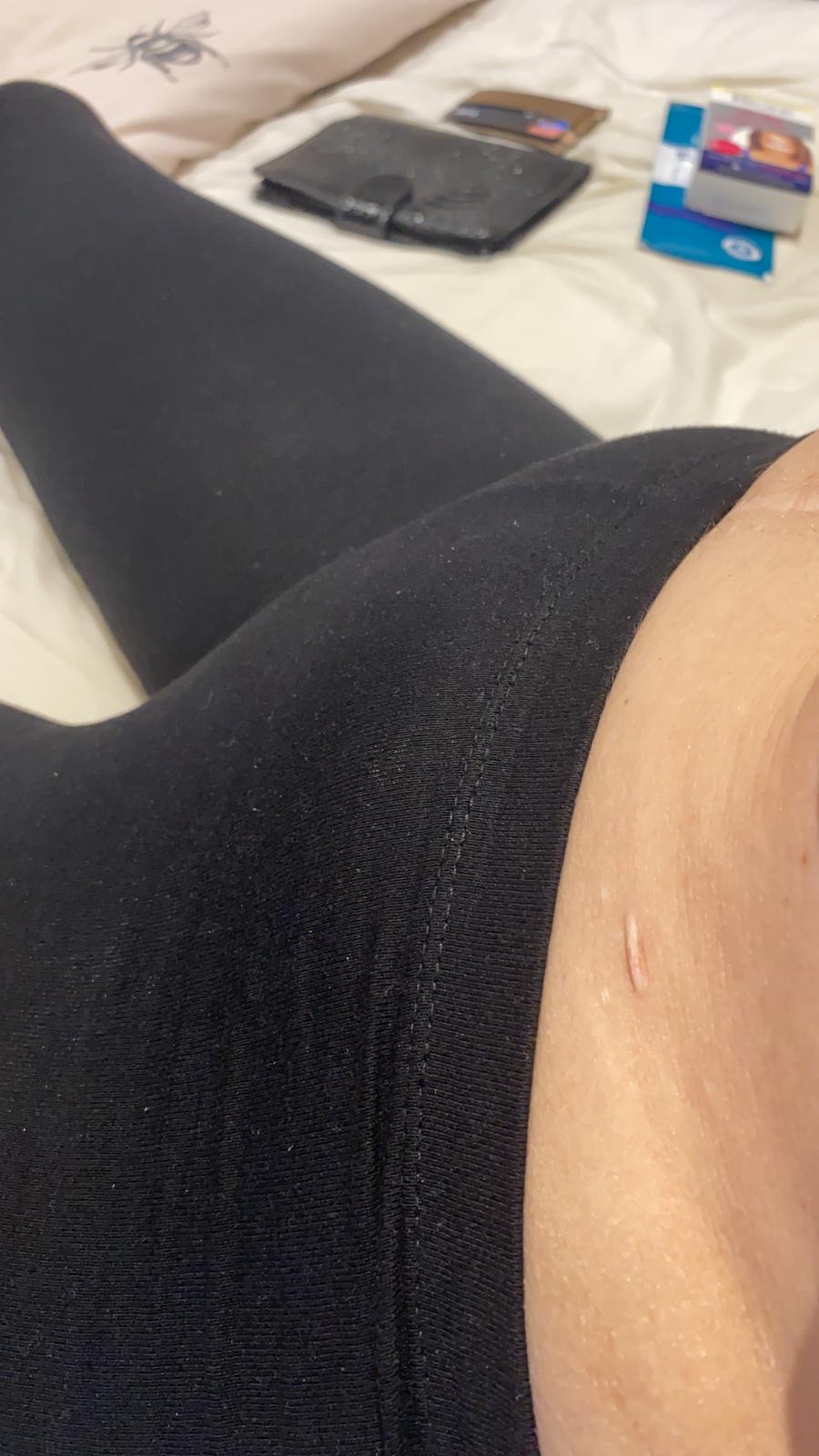 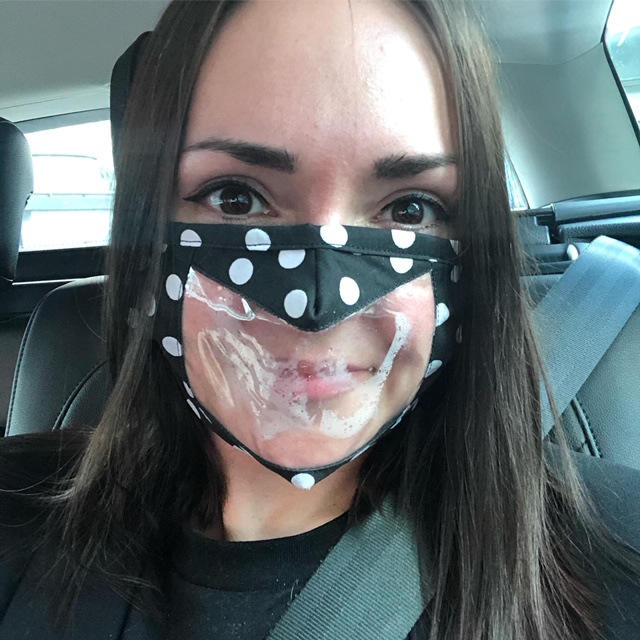 After she had to the surgery, Victoria was told to wait for 48 hours before having sex but left it over a week instead.

“I wanted to make sure I was completely healed and give the coils a chance to work,” she says.

“But when we finally had sex the pain was already so much more bearable, especially on the left side of my pelvis. I hope that it will have even more of an effect than it already has and will make having sex completely pain-free again.

“The procedure has enabled me to have a normal sex life again with my partner and even thought it was nearly two hours of excrutiating pain it was worth it.”

Here are five ways to have more and better sex with your partner – from keeping your clothes ON to romping on your period.

Plus, you CAN climax in your sleep and seven other types of orgasm – plus tips to enjoy them all.