UNLESS you have an assigned uniform, the workplace is rife with opportunities for major style faux pas.

One woman declared even though she knows her tiny outfits aren't "appropriate" for work she'll always put fashion over function. 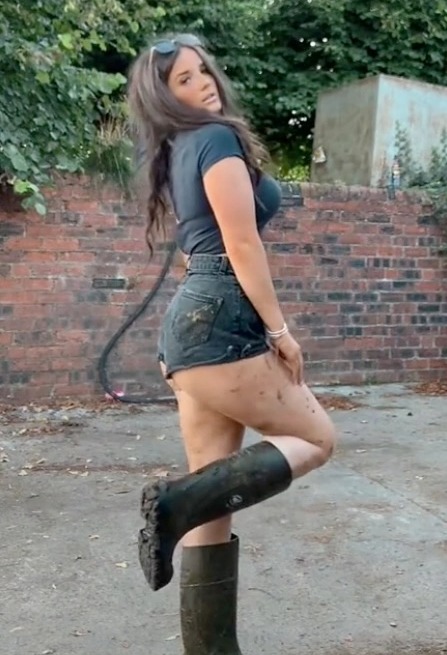 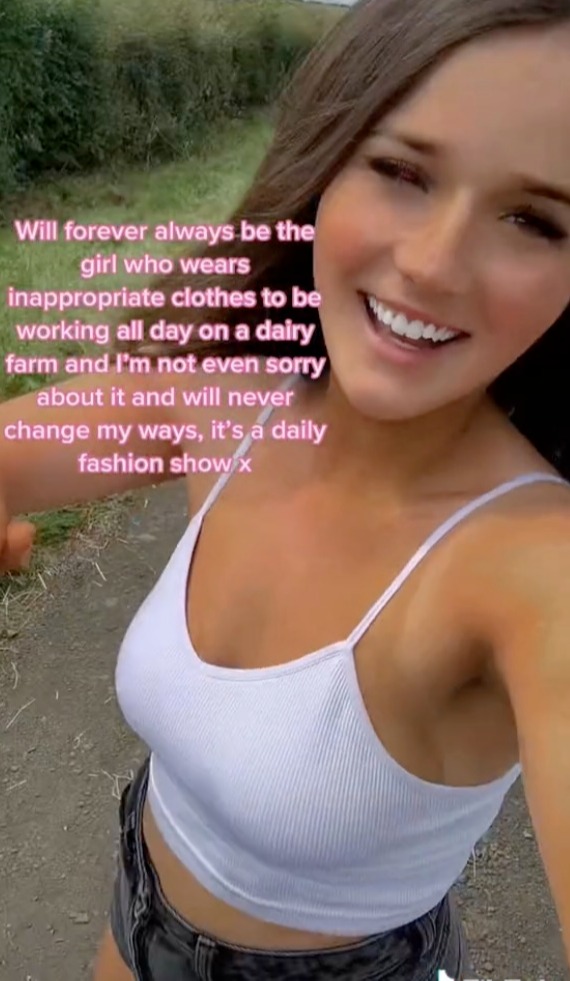 In a video posted to TikTok, a woman named Abbie Montgomerie shared the controversial clothing she loves to wear in her workplace.

"Will forever always be the girl who wears inappropriate clothes to be working all day on a dairy farm," she wrote in the caption.

In the background, rolling fields were visible. Then, Montgomerie flipped her camera around to show the hulking cows she's responsible for at work. 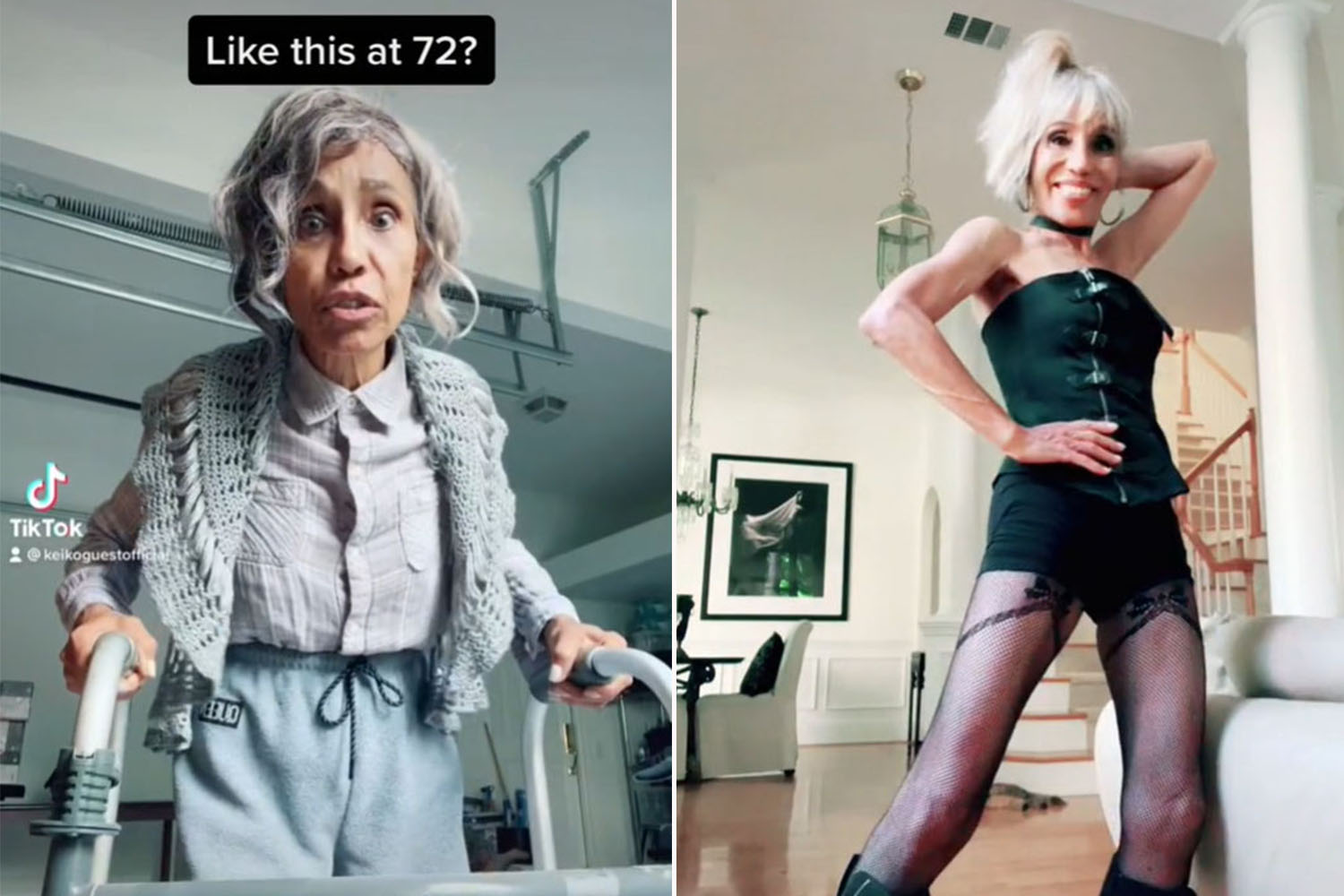 In other videos on her page, the farmer twerked in a pair of loose-fitting overalls and strutted in mud-covered denim hot pants and a cropped polo.

"I'm not even sorry about it and will never change my ways," she insisted. "It's a daily fashion show."

Along with daring fashion choices, Montgomerie sported full makeup and false eyelashes – though she admitted that in some videos, her makeup was left over from a night out.

In the comments section, her followers complimented her fashion sense and encouraged her to keep using the barn and pasture as her runway.

UP IN THE HEIR

I got told my outfit is too sexy for the office but who’s going to stop me?

"Wear whatever you like gorgeous," one viewer encouraged her.

Another commenter agreed. "As you should," they said. 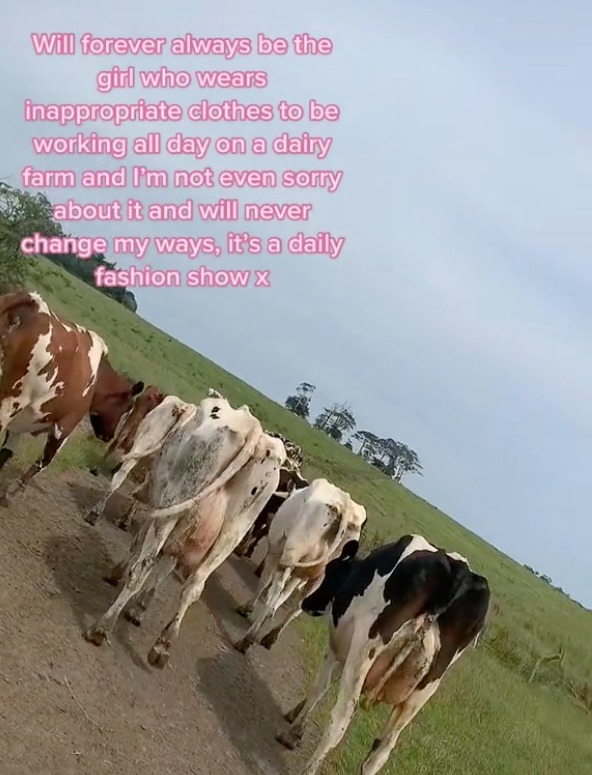 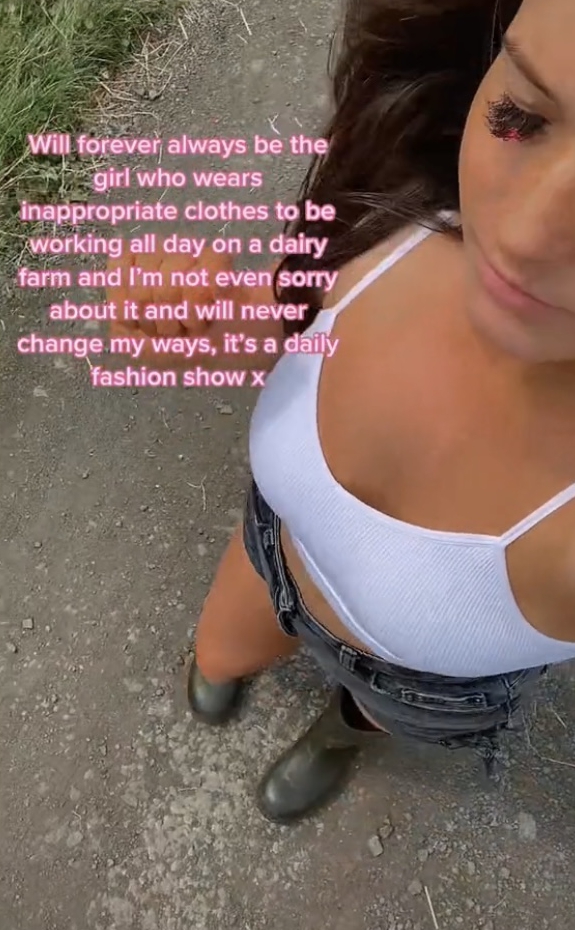 Some of her fellow members of the agricultural community laughed, imagining Montgomerie coming to work with them.

One viewer said their boss "would have a heart attack if she turned up at the farm."

Even in other videos where Montogmerie dressed in more typical workwear, she received compliments for her styling. 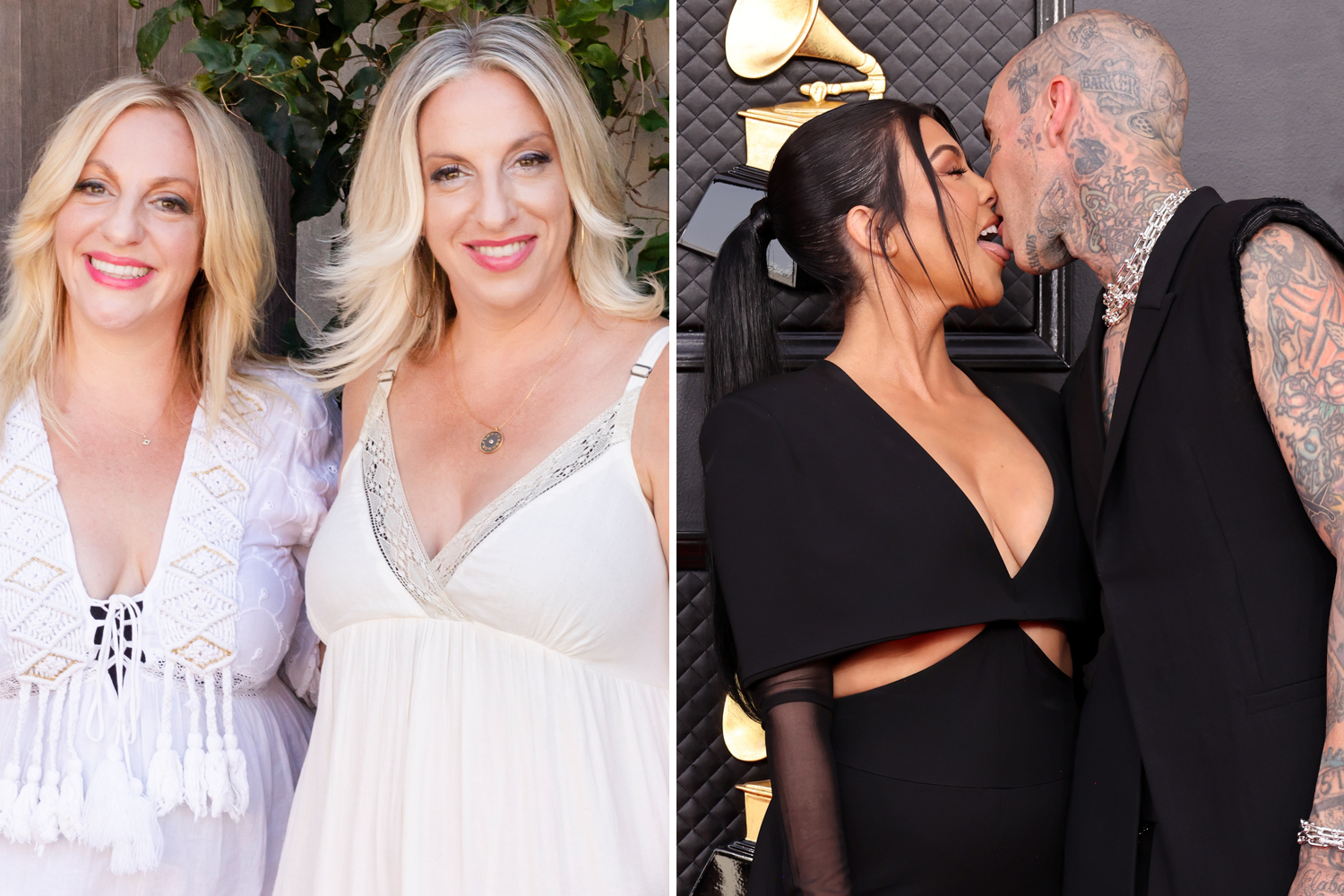 "You never look bad though," one person wrote in response to a clip of Montgomerie in dirty overalls.

Montgomerie had to agree. "I rock both looks," she admitted.