"Part of you can’t accept that it’s real," she tells Sun Online. "I didn’t want to let him go." And for a couple of precious days, she didn't have to. 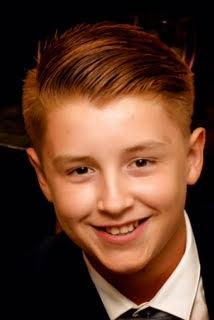 While Kay's son Tyler died in a hospital bed, he was then taken to Haven House Children’s Hospice where his body was laid in a serene room bedecked with fairy lights and tranquil paintings.

Called the Butterfly Suite, the specially-cooled room has been designed to allow parents the time and space to say the most final of goodbyes.

And it was there that, following Tyler’s death in March 2016, Kay spent two days lying alongside her dead son, holding his hand and talking through memories of their life together.

She’s just one of dozens of grieving mums who have used this poignant, heart-breaking service.

"It was a beautiful experience and a very precious time," she says now. 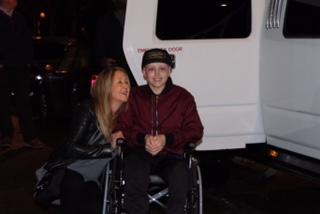 'His friends came in to say their goodbyes'

It was an experience that Kay, 55, from East London, shared with her daughter Phoebe, now 20, and Tyler’s school friends too.

"A lot of his friends came to the Butterfly Suite to see him and say their goodbyes too," she says.

"If they were frightened they didn’t show it. There was no hesitancy. They just came and talked to him and told him how much they would miss him." 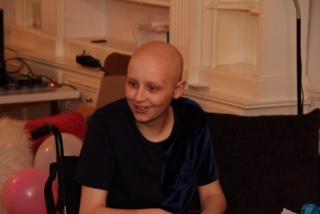 It my sound morbid, but as Haven House's chief executive Mike Palfreman explains: "It's an incredibly natural instinct to want to lie alongside a child you love with all your heart.

"Spending this precious time with their child after death enables the family to start the grieving process on their own terms.

"It's a much nicer environment than being in a funeral parlour."

The suite is just one of many offerings at Haven House, an Essex hospice on the edges of Epping Forest which, since opening fifteen years ago, has cared for more than 900 children.

The hospice supports them and their families through the day-to-day challenges of looking after children with severely life limiting conditions and with end of life care. 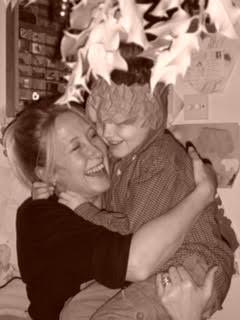 For those dealing with the latter, the Butterfly Suite has proved a vital place to help process their loss, although it is also open for other grieving parents like Kay whose children have not stayed at the hospice.

Special temperature controls in both the room and the bed’s mattress means a body can be safely preserved for up to three days.

'There was nothing else that could be done'

Kay, from Forest Gate, became aware of the work of Haven House after her previously fit and healthy teenager was diagnosed with osteosarcoma – a cancer of the bone – just two years ago.

He underwent three rounds of chemotherapy and an operation – and visited the hospice for rehabilitation and music therapy. 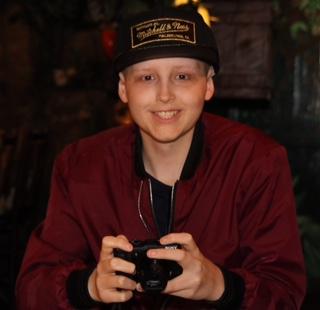 By early 2016 however, doctors told him his cancer was terminal.

"For so long we never thought we would lose him but it got to the point where nothing else could be done," Kay recalls. "It was utterly devastating."

He passed away surrounded by family and, the day after, was taken by ambulance to the Butterfly Suite, which was decorated with fairy lights and some of Tyler’s favourite Star Wars toys.

"It looked beautiful," Kay recalls. "And it was lovely that we were able to make it our own." 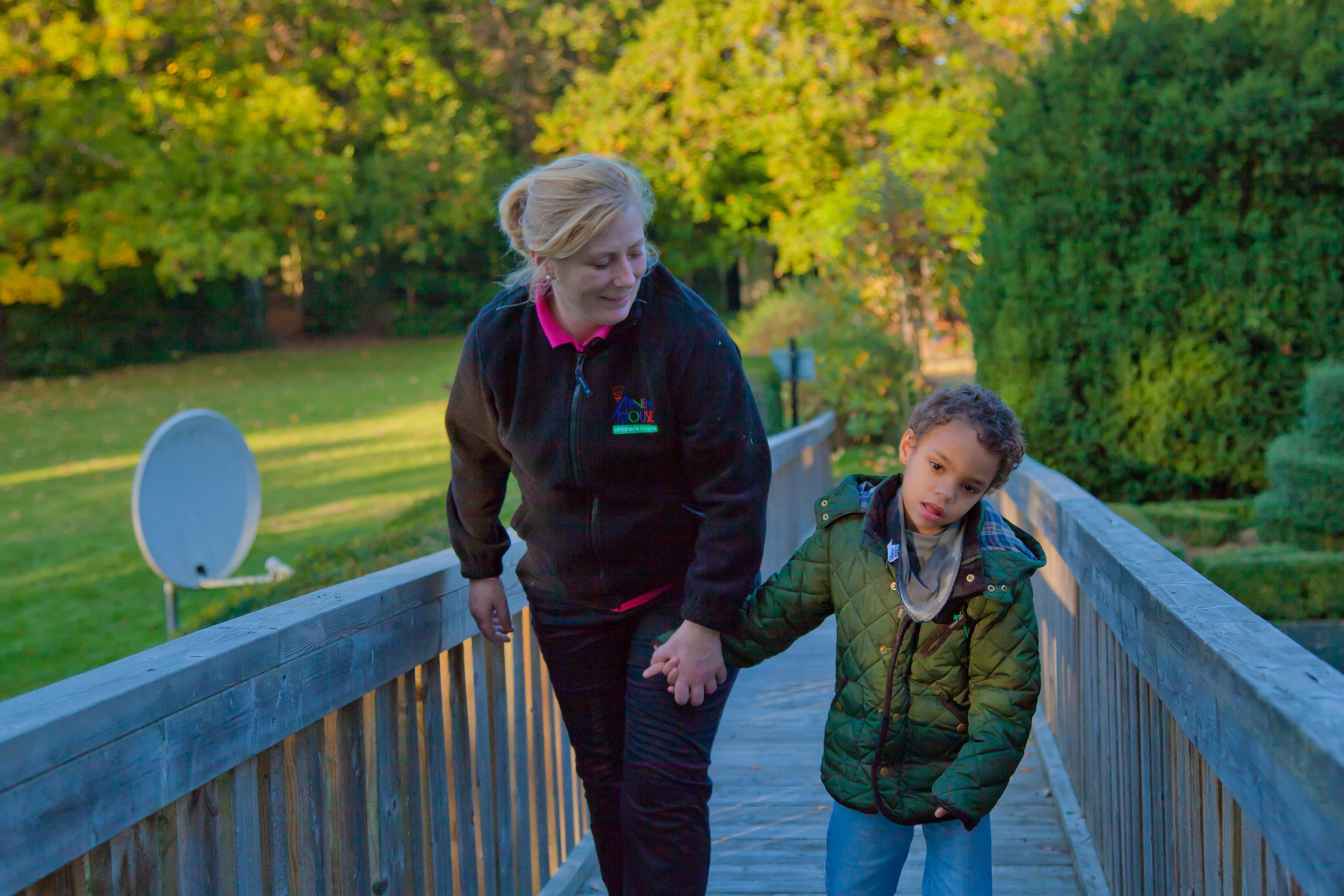 Kay stayed there for two nights, while friends and family members came and went.

"I could have stayed there for ever," Kay says now.

"It helped me say goodbye. The staff at the Royal Marsden, where he died, were amazing but hospitals are a much more clinical environment.

"And while throughout Tyler’s illness I’d been with him 24 hours a day, by the end there were so many visitors that I just wanted to have him to myself again.

"There was so much love in that room." 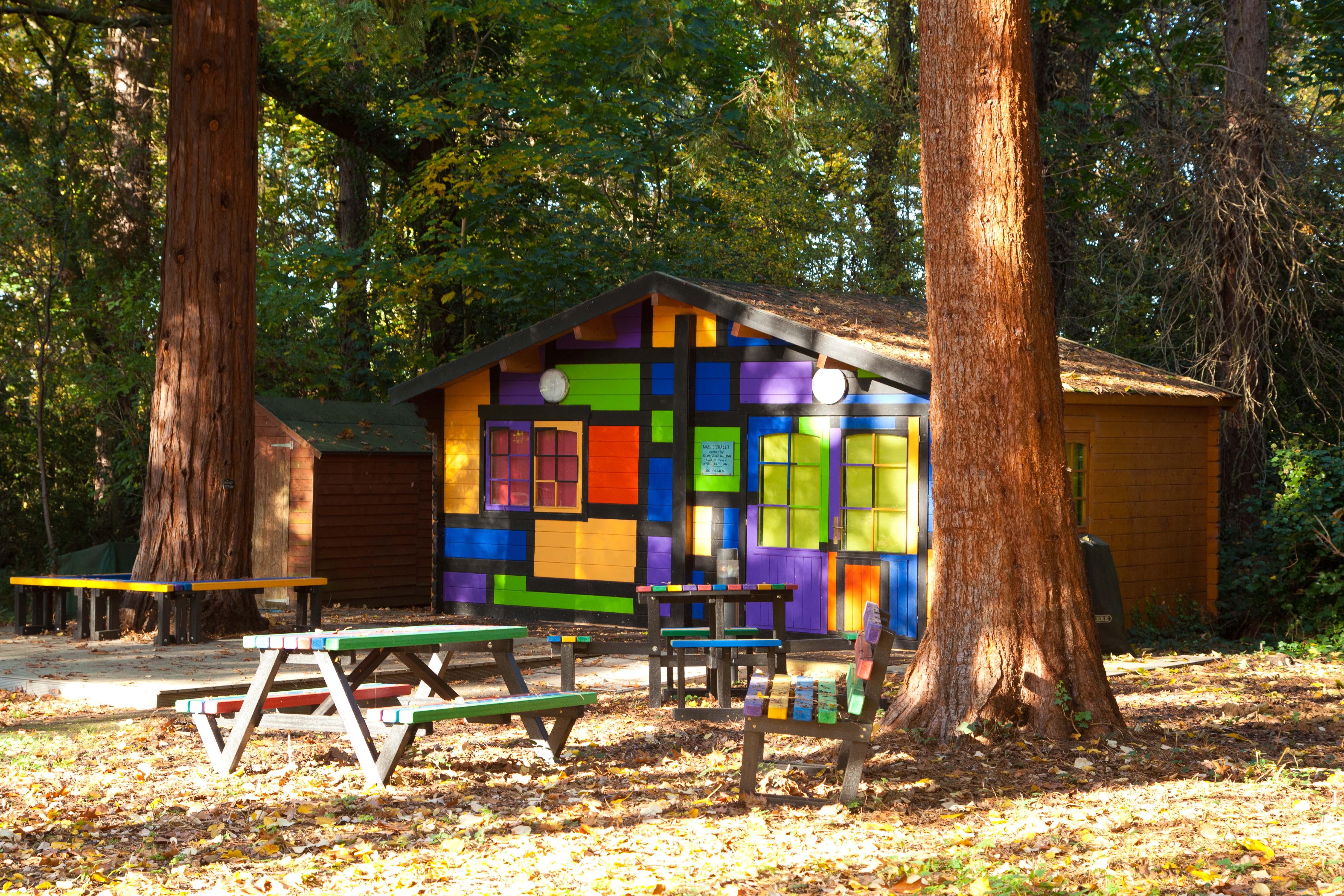 But then love is a word that particularly resonates at Haven House.

"When people hear the term 'children's hospice' they tend to think of them as sad, gloomy places," says Mike. 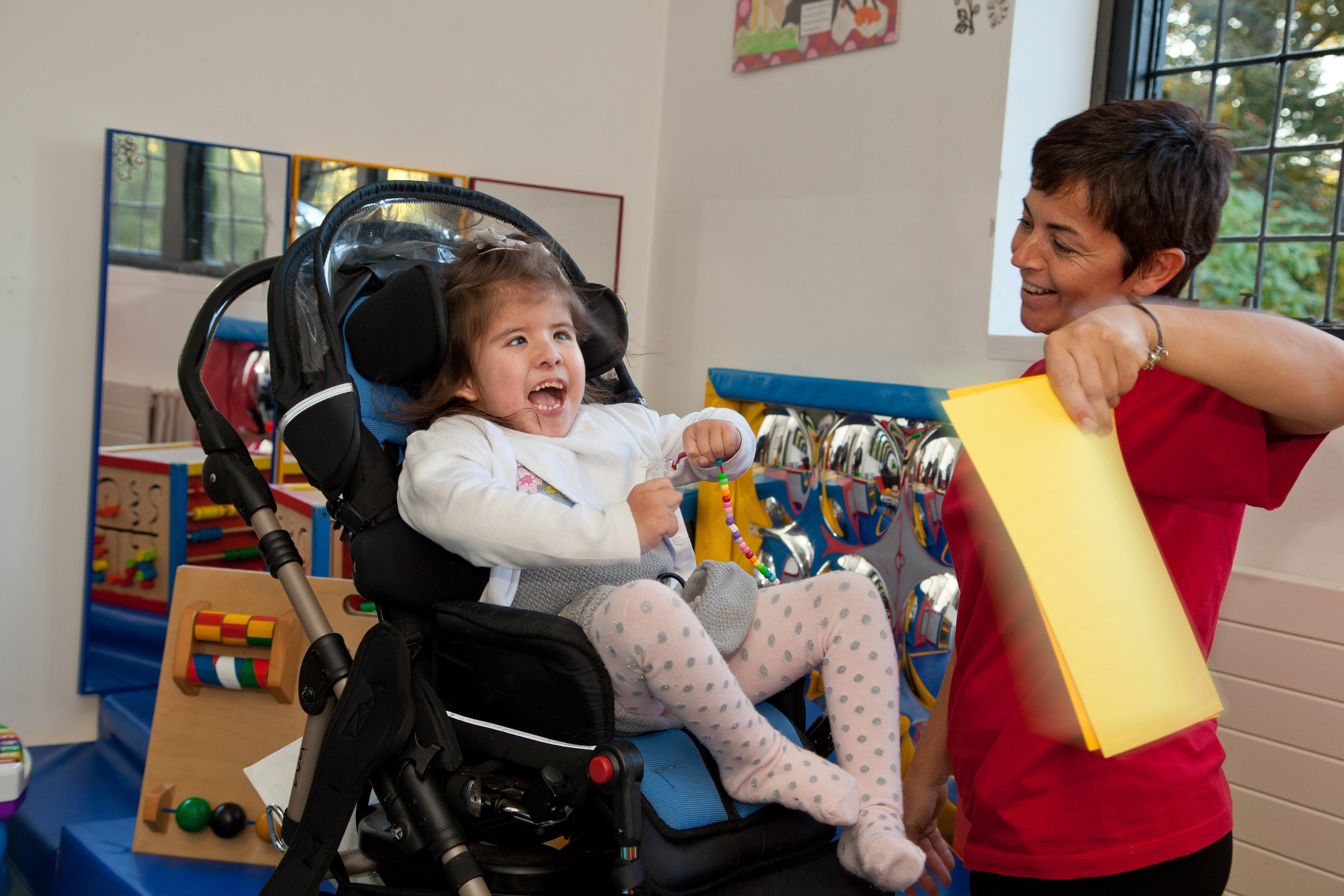 'We didn't see our child as ill'

Step through the gates of Haven House and that's immediately apparent: set amid many leafy acres, inside there are signs of life everywhere, from the brightly coloured 'rainbow' steps to the laughter echoing from the cafe, where each month teenage cancer sufferers can meet to play table football or just chat.

In the playrooms, staff giggle alongside some of the more severely-ill children, many of them in wheelchairs, playing with coloured toys and lights.

On the day we visit we meet two-year-old Finnley, who visits Haven House most weeks for a music therapy session – just one of many services the hospice offers the parents of severely-ill children. 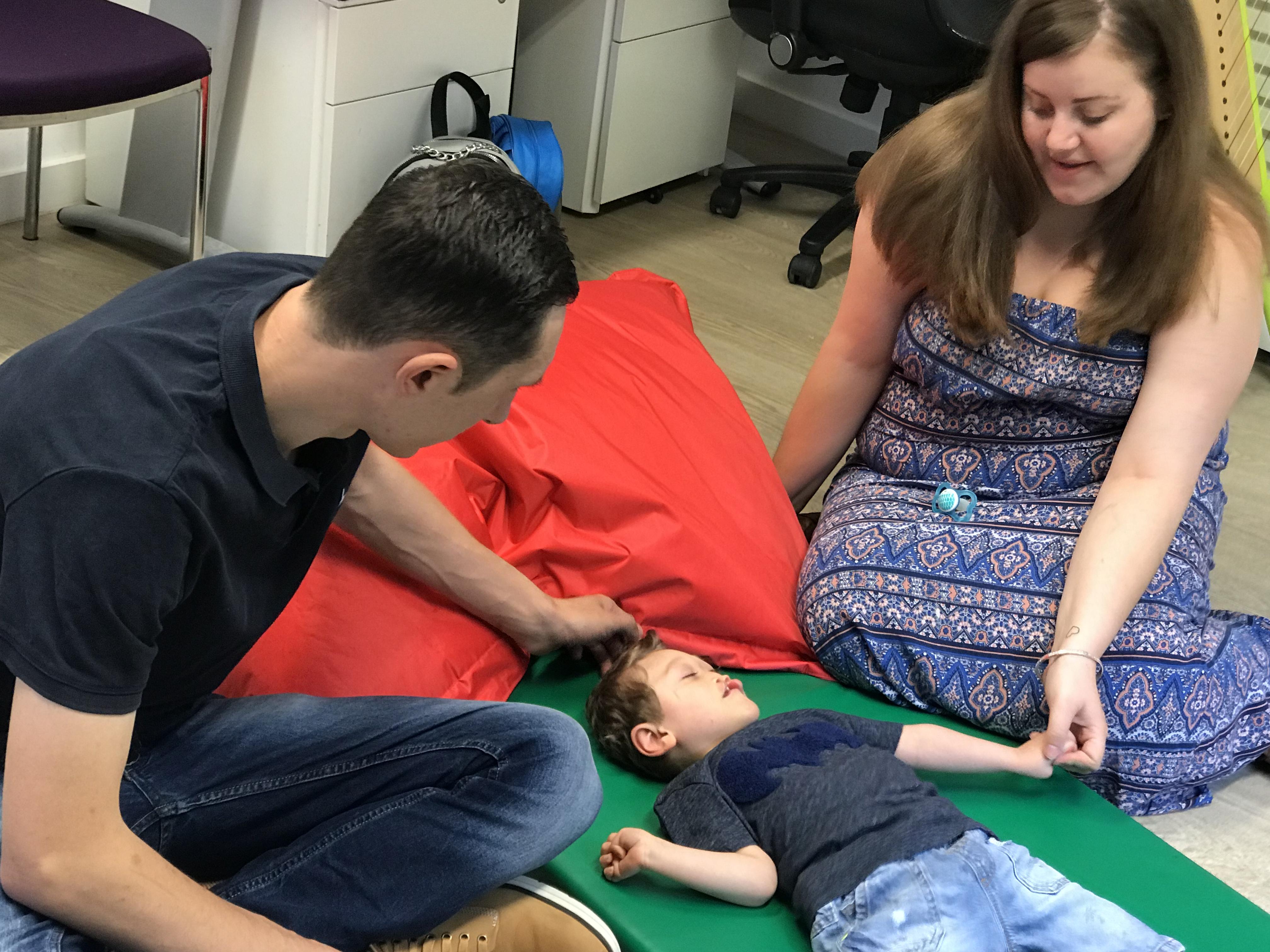 Finnley has Holoprosencephaly – a rare genetic condition resulting in incomplete brain development – a diagnosis that mum Jaycee, 27, admits was initially a profound shock.

"To start with it was overwhelming," she says. "Obviously we were incredibly upset but at the same time I think we were quite naive about how serious his problems were.

"We were most upset at first that he wasn't going to be able to see." 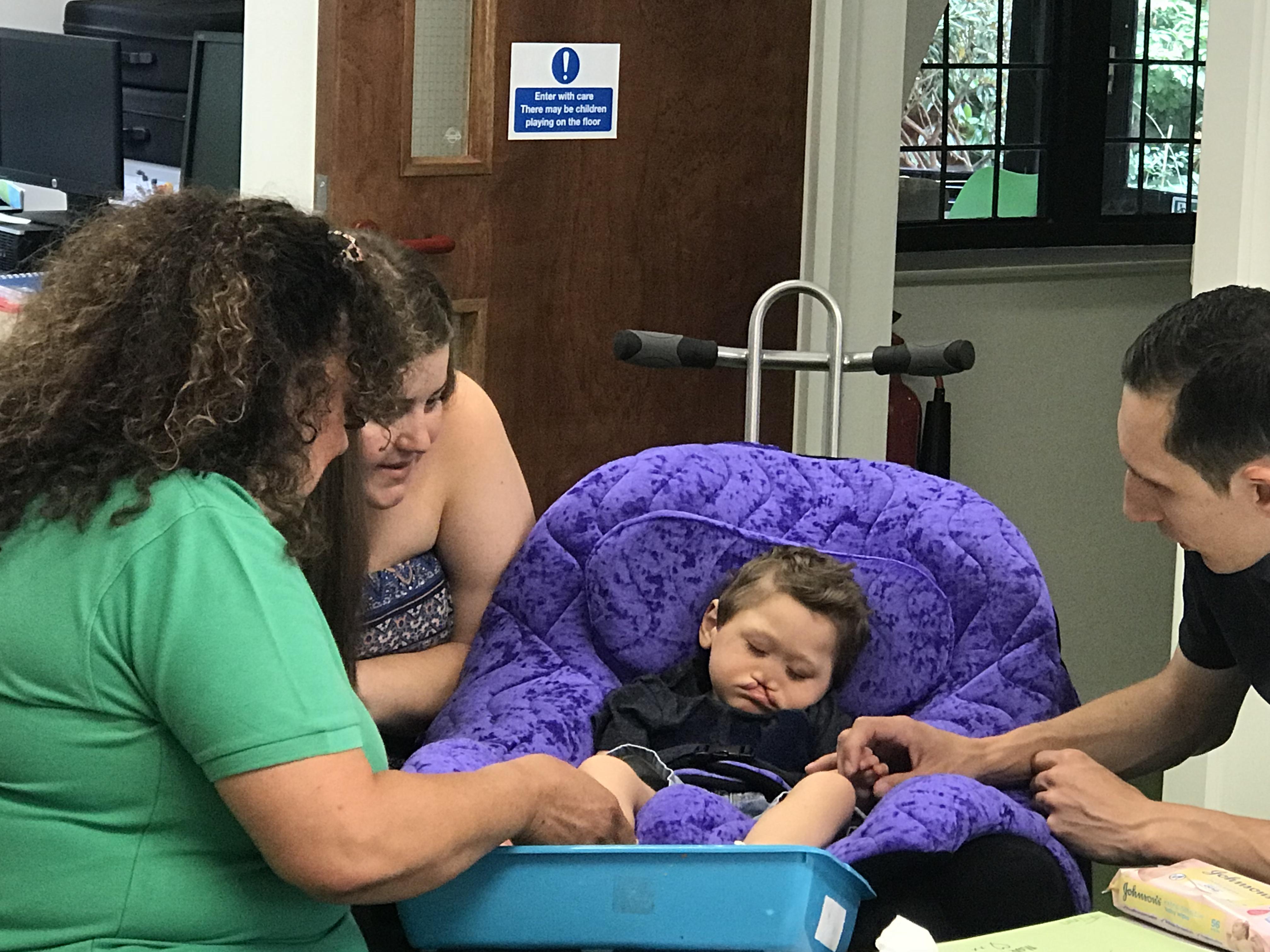 Diagnosis after diagnosis followed. Finnley also developed epilepsy and struggles to remain upright without support, as well as needing a suction machine and oxygen at night.

Yet despite being woken up to seven times a night to tend to his needs – something Jaycee and partner Rikilee juggled alongside their jobs – it took the couple a long time to accept support.

"From the start we didn't see Finnley as an ill child – to us he was just Finnley and we were his mum and dad so it was our job to look after him," Jaycee recalls.

"We thought that other people needed help more than us." 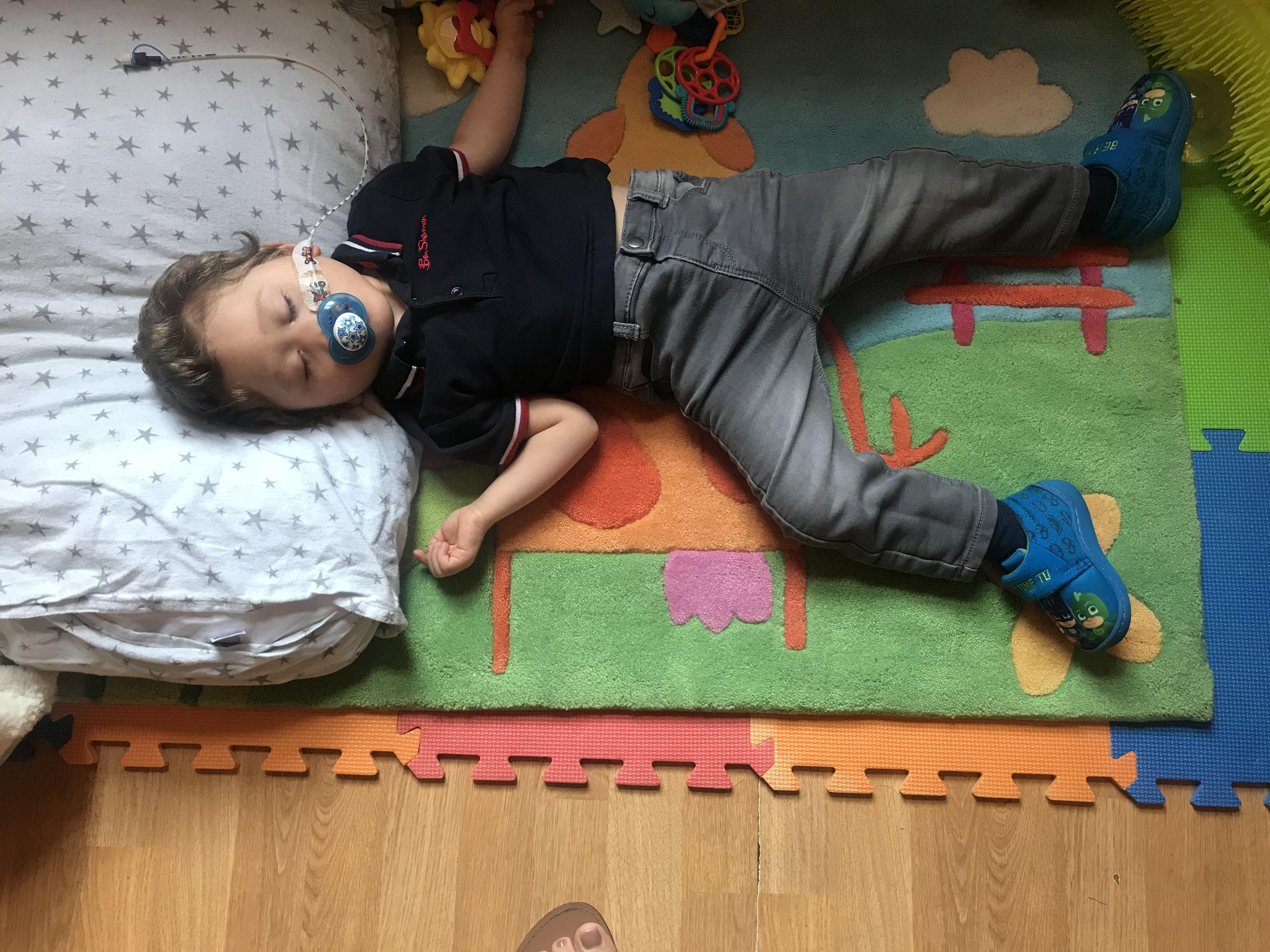 A place where families can feel 'normal'

Over time the pressure of working and caring for a child with complex needs took its toll and when someone mentioned that Haven House provided help for parents with children like Finnley Jaycee decided to explore what they had to offer.

"Looking back we were at rock bottom really – it couldn't have come at a better time," Jaycee recalls.

"Seeing Finnley respond to the weekly music therapy sessions helped us to start thinking about what he could do rather than what he couldn't. He also loves messy play – and there is plenty of that too." 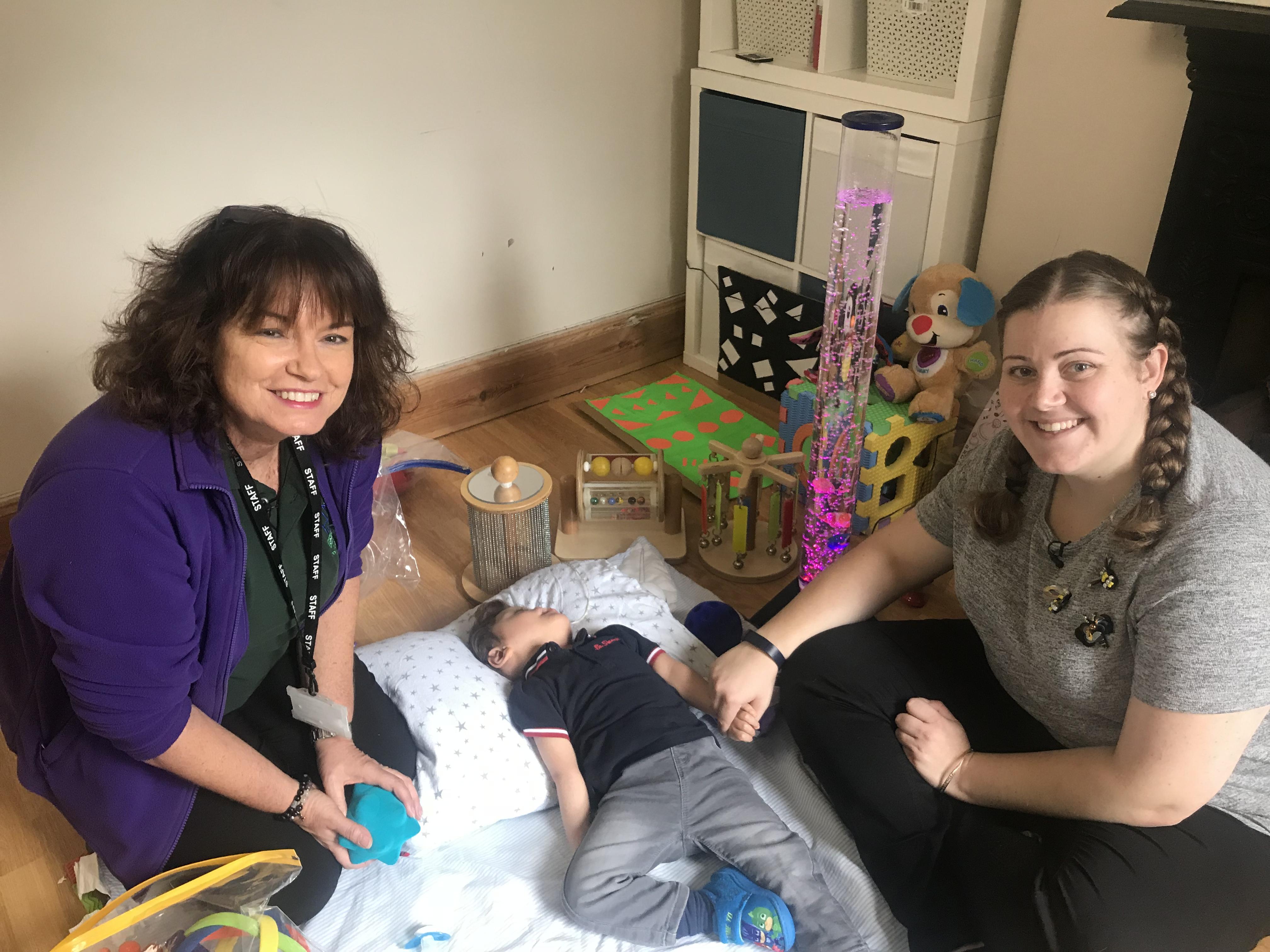 More than anything Haven House is a place where she and Rikilee can feel 'normal.'

"Both of our families are hugely supportive and we have a lot of love around us but out in the world you do get people looking at you," she says.

"Adults are the worst actually. Children are naturally inquisitive but adults just stare.

"At Haven House no-one judges you. It's like one big family." 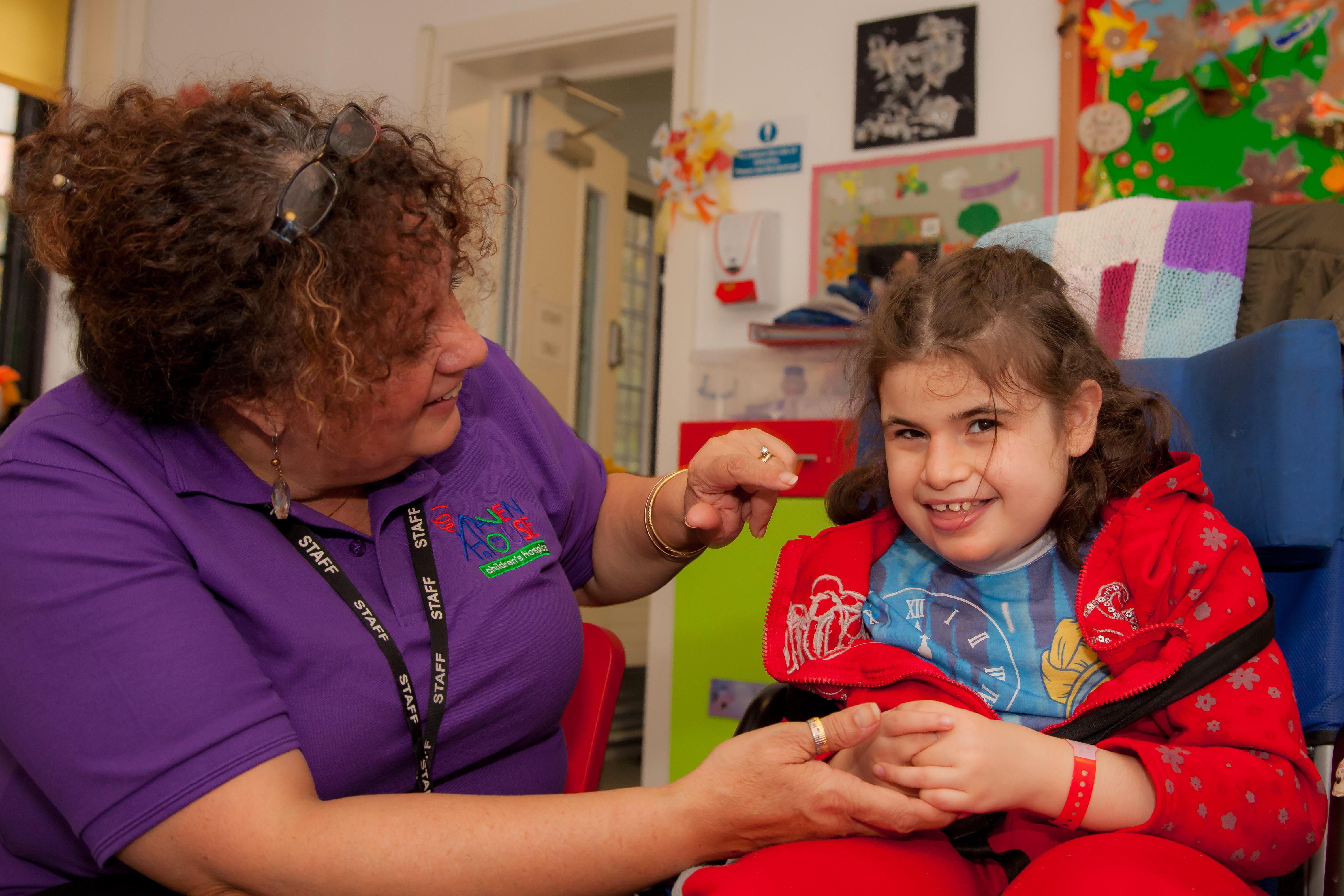 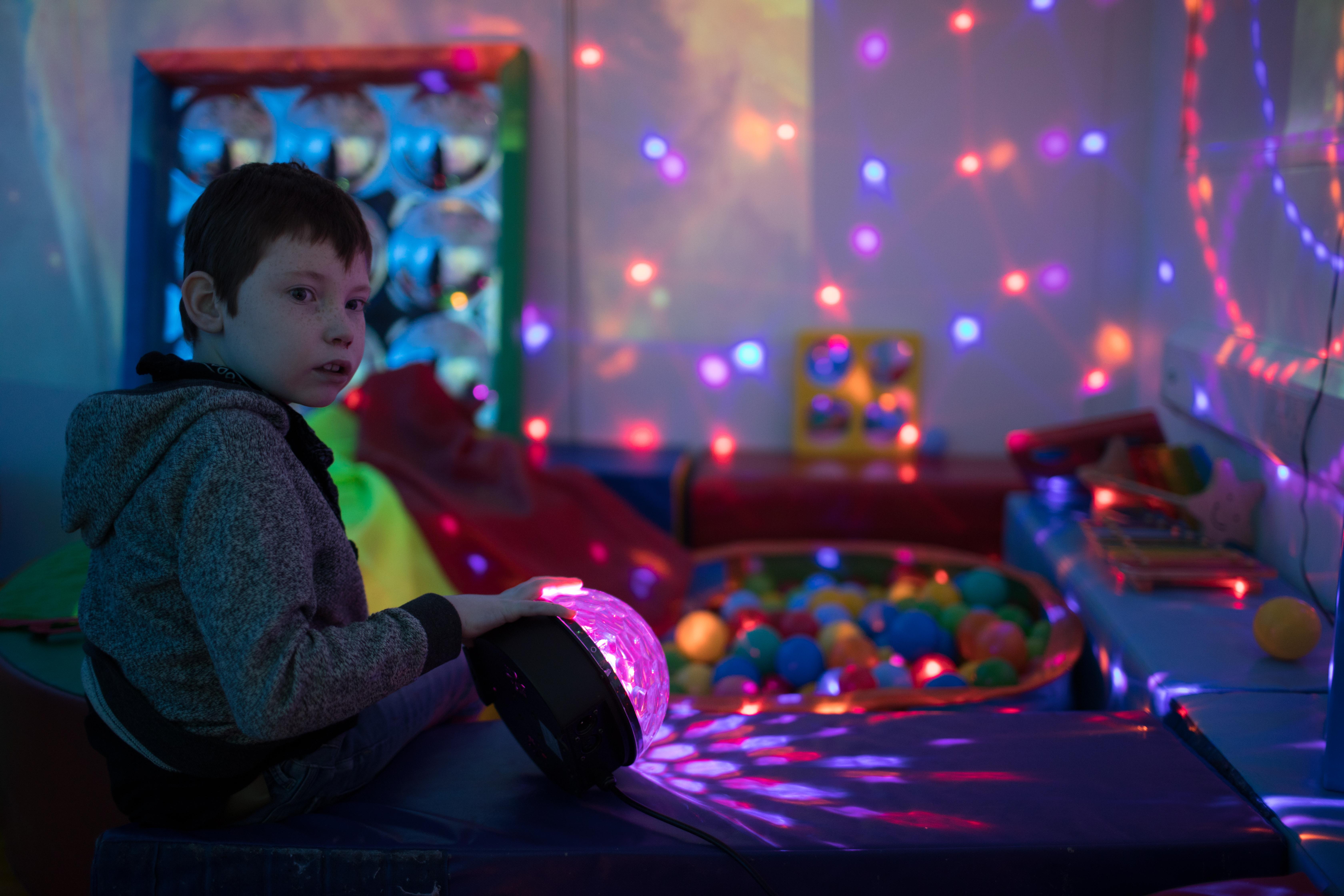 It's a sentiment Mike has heard a number of times.

"Our job is to give the children who come here a fun, stimulating time while they are here, whether it is on weekly visits, or respite care. But as much of what we do here is for the parents too, helping them cope."

That help does not end with the life of a child either: each year, the hospice hosts a Memory Day.

"It’s a celebration of their lives where families are able to talk about their children," says Kay.

"Balloons are let off with personal messages about each child, we sing and pray together, followed by afternoon tea.

"For me it’s a lovely way of remembering Tyler with others who understand what I’ve been through."