Alice, 20, did not know she was pregnant until crippling stomach cramps roused her just before midnight on Christmas Eve. 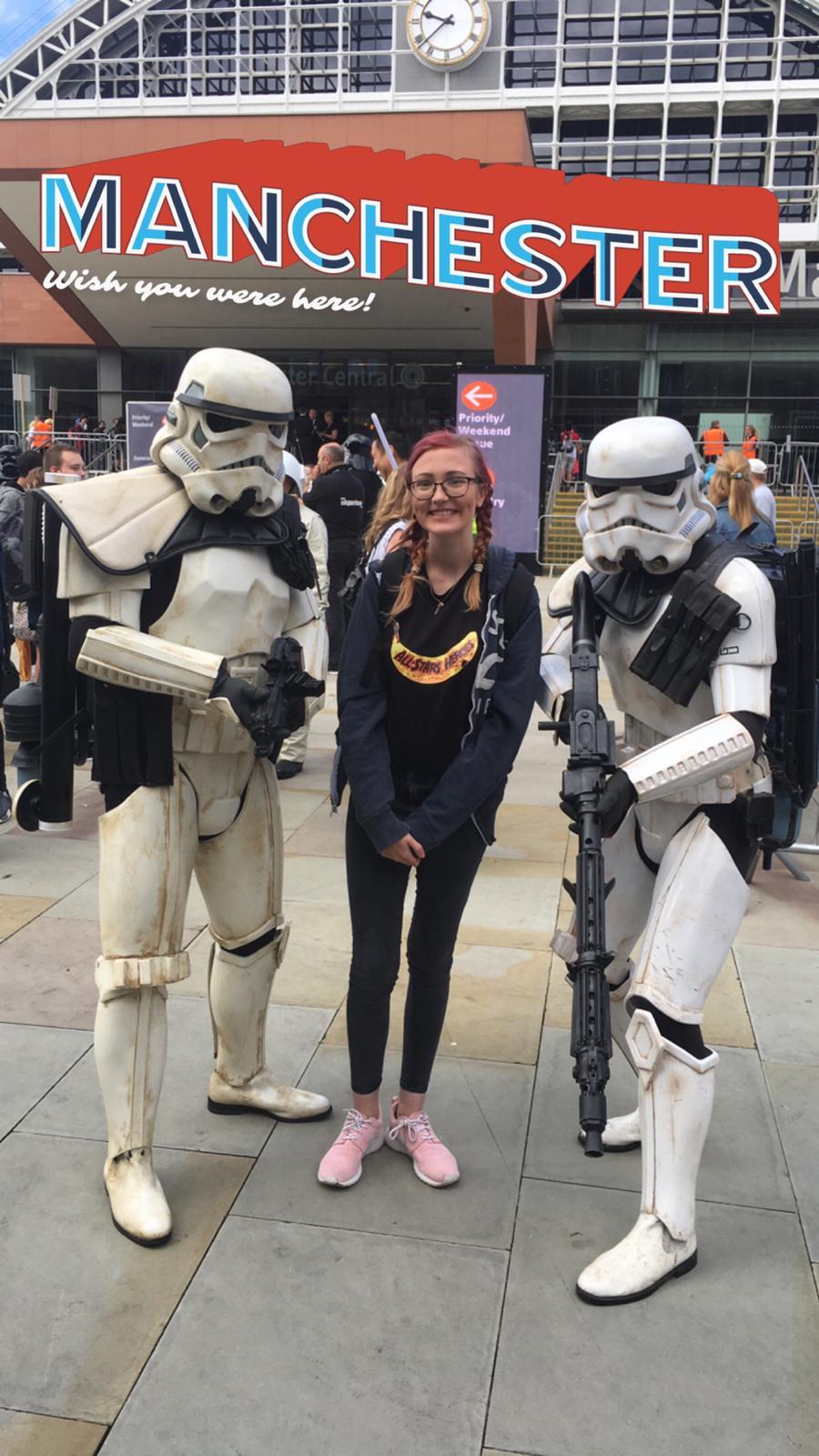 She rushed to the bathroom and a few moments later, just after midnight, Alice gave birth to a boy with the help of her parents, who had raced in.

While baby George was the best possible surprise, Alice hopes this Christmas — her son’s first birthday — will be less eventful.

The travel agent, from Bury, Lancs, says: “Looking back, it is crazy I didn’t know I was pregnant but there were no signs.

“I didn’t have morning sickness and when I had stomach ache and a bit of indigestion, I thought I was eating badly. 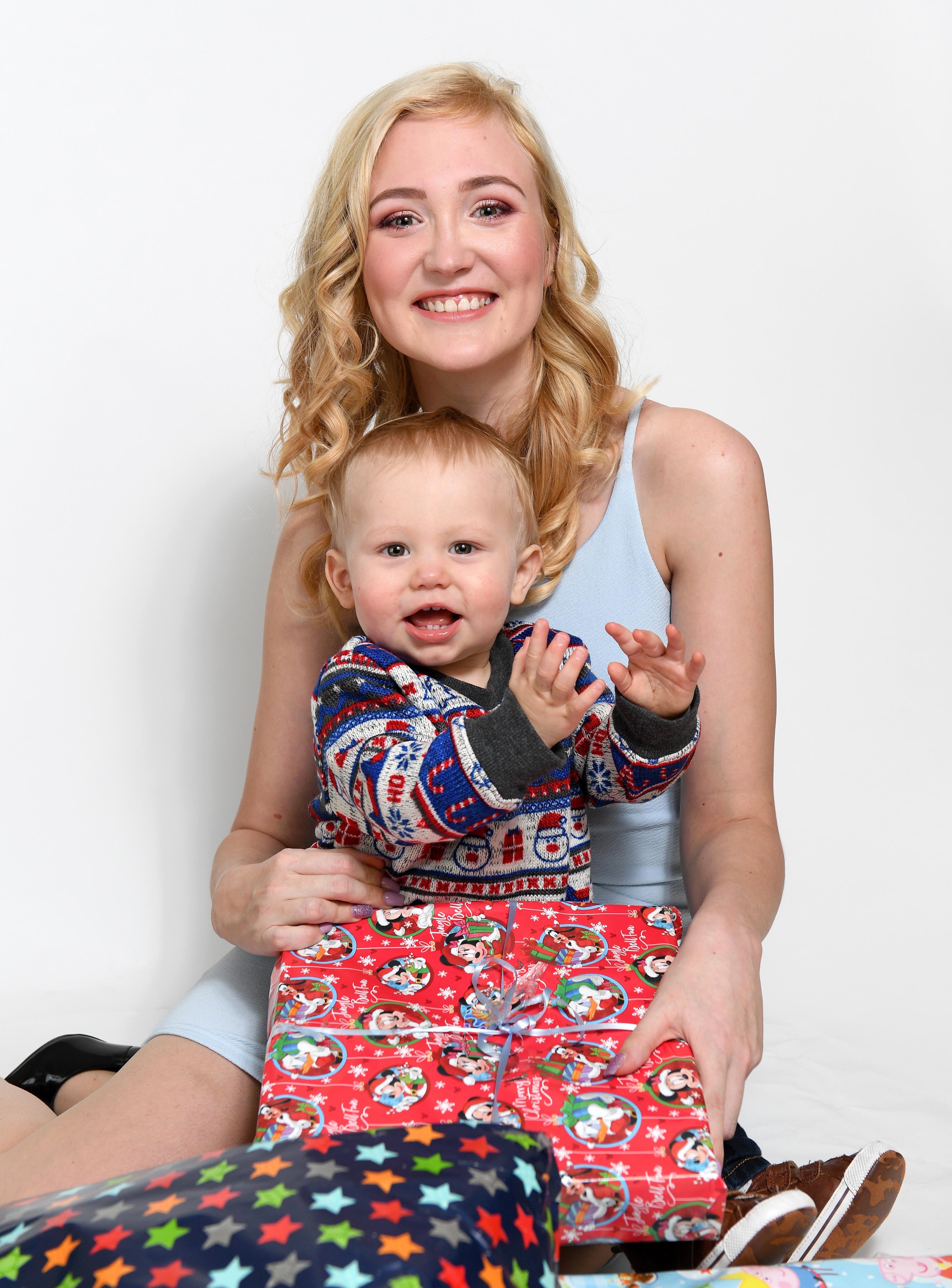 “I was still a size six when George was born and I was on the Pill, which stopped my periods. I started taking it at 13 to ease my painful, heavy periods.

“It stopped them completely, so it was years since I’d had a period regularly. Even when I did a pregnancy test, it was negative. It is unbelievable — but now I’m a mum, I wouldn’t change it for the world.”

Alice suffered stomach pains in November 2017 but after a pregnancy test came back negative, she went to her GP. The doctor suggested she might have irritable bowel syndrome.

Alice — who lives with mum Julie, 50, a customer services advisor, and dad Greg, also 50, a commercial director — says: “If I ate certain things, such as bread and cheese, my stomach would bloat. 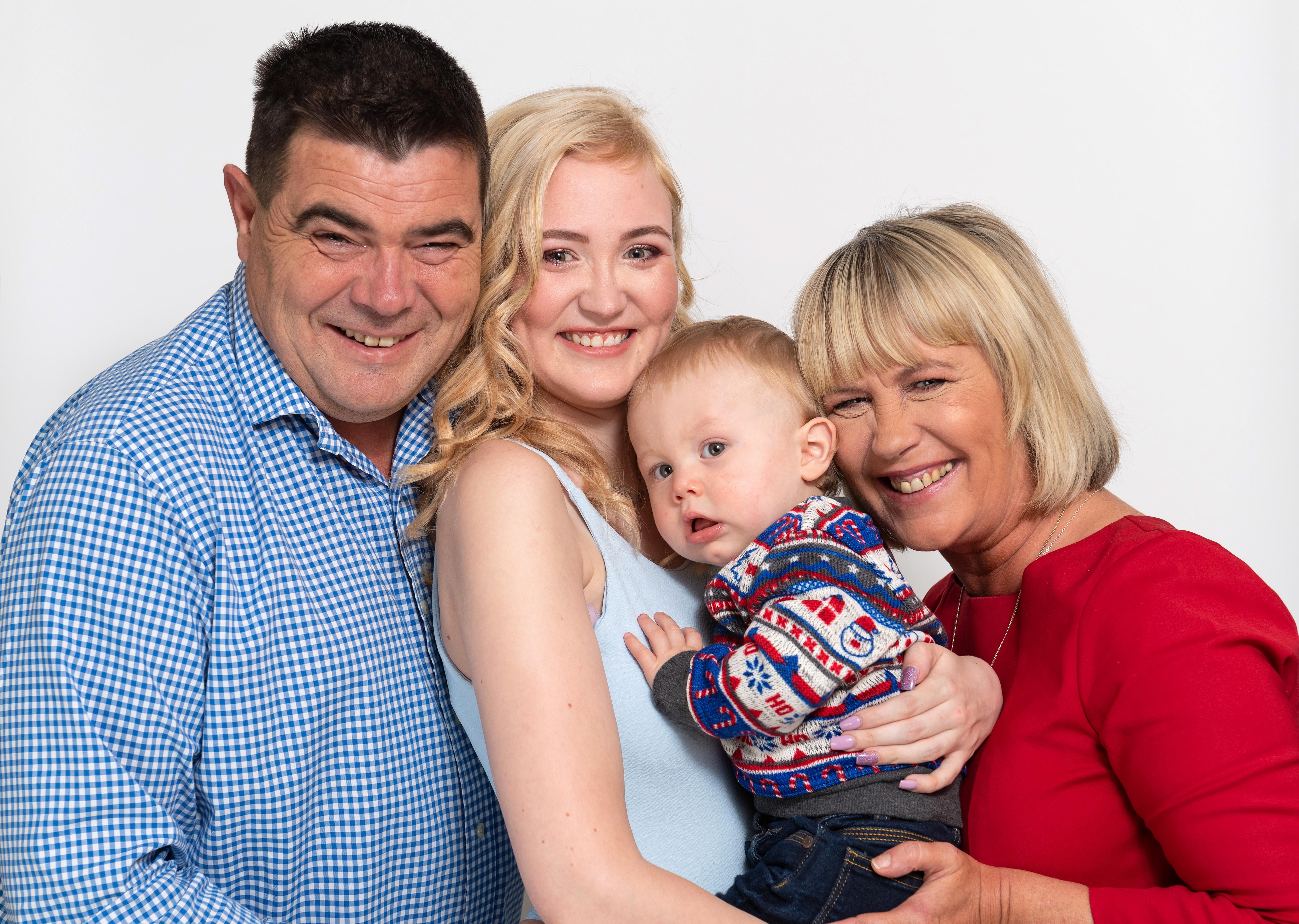 “I was wearing size-six jeans and the only time they felt tight was after I’d eaten. Other than that, there were no signs to make me think I was pregnant, let alone eight months gone.”

Blood tests showed her iron levels were low but, Alice says: “The doctor felt my stomach, which seemed normal, and repeated the pregnancy test, which again was negative. Even the blood tests didn’t pick it up. When a doctor says your symptoms are down to IBS, you believe it.

“I was advised to follow a gluten-free diet and was going to have more investigations in the New Year. I had absolutely no idea I was carrying a baby.”

Two days before Christmas, the stomach pains started. But Alice put it down to a Chinese takeaway she’d had. 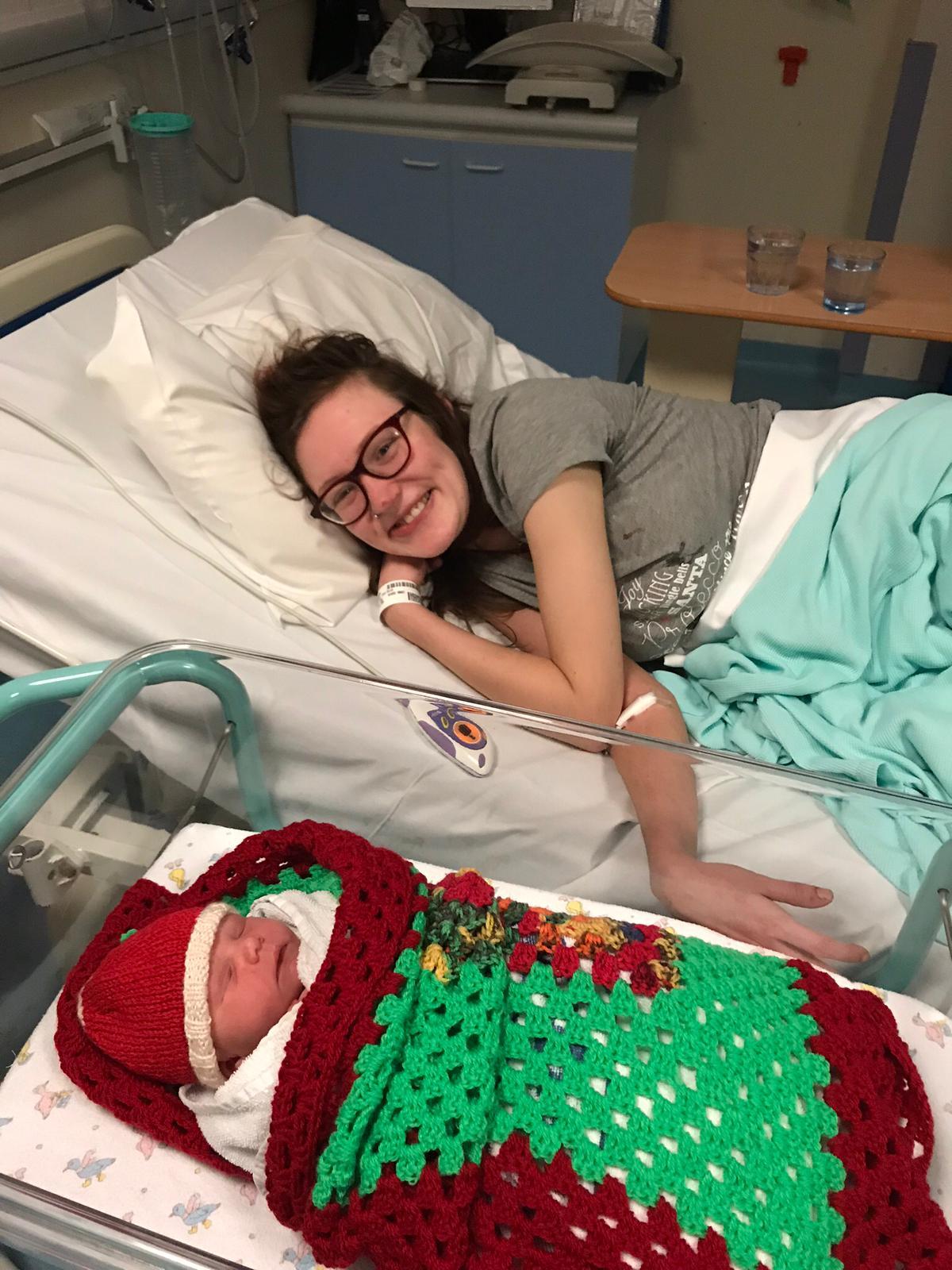 She says: “As soon as I had eaten it, I didn’t feel well. I’d cut out takeaways until then, so I was mad at myself. I was convinced I had IBS and this was another flare-up.

"I just wanted was to sleep but was in a lot of pain. I fell asleep eventually but woke up just before midnight with terrible stomach cramps and a strong urge to go to the loo.

"I didn’t want to wake Mum and Dad as it was late but I knew something wasn’t right. Sitting on the toilet made the pain worse, so I got on to my hands and knees and started taking deep breaths.

“That was when I felt a heavy pressure down below. It is a blur but I felt I needed to push. I didn’t know what was happening but my body was telling me to get on with it.” 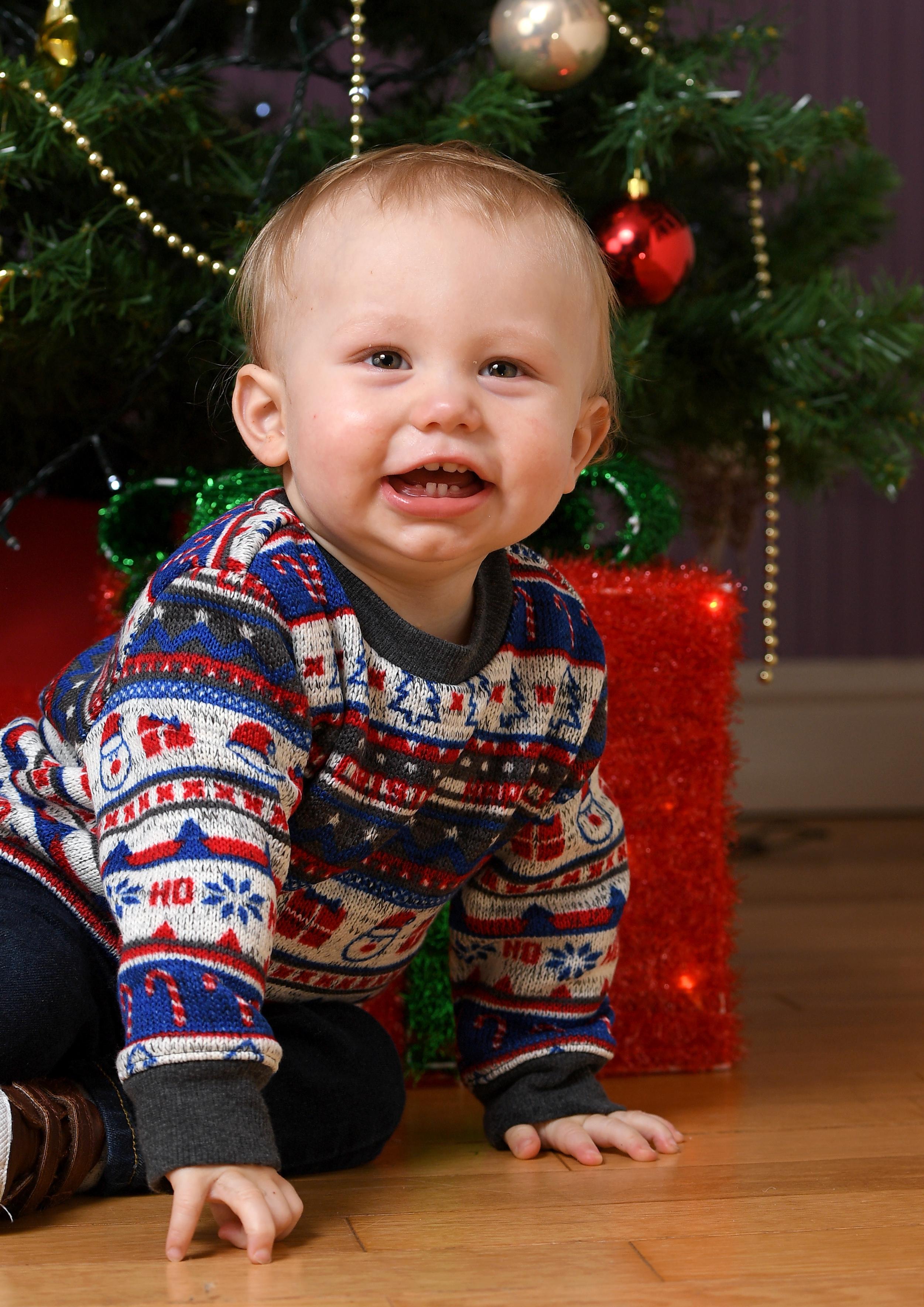 Minutes later, Alice gave birth to a 6lb, 4oz boy, who she later named George after a much-loved childhood doll.

Alice, herself an only child, says: “It was surreal. George was still in the amniotic sac, so he looked more like an alien than a newborn. I screamed to for help. Mum and Dad came rushing in and I was sobbing.

“I told them over and over that I had no idea I was pregnant. I was worried they’d think I had kept it from them. While Dad called for an ambulance, Mum pierced the sac with her fingernail.

"Hearing George cry for the first time, I was sobbing and shaking. Dad tied a shoelace around the umbilical cord while we waited for the paramedics.” 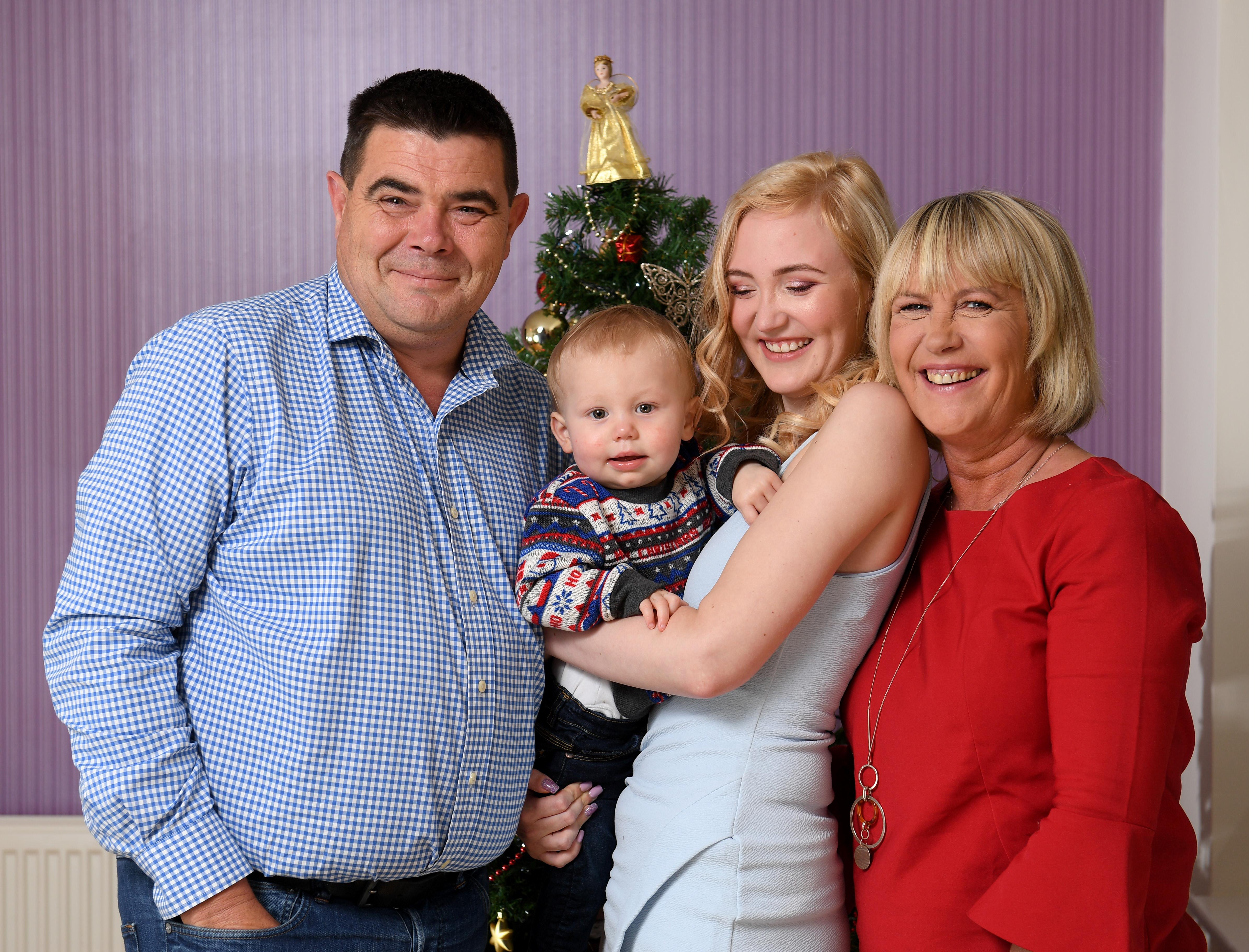 Alice and George were taken by ambulance to North Manchester General Hospital, where they stayed until Boxing Day.

Alice says: “Most new mums have nappies and clothes for their baby but I had nothing. It was Christmas Day, so all the big shops were shut.

“Mum and Dad bought nappies from a petrol station and asked friends for essentials such as a Moses basket, changing mat and a car seat. It felt like I was living a dream and would wake up at any moment.”

Yes, it does happen

DR NICOLA WILLIAMS, a GP from Castleford, West Yorks, says: “For most mums, it seems unbelievable a woman could be pregnant for nine months and not realise.

"But it is more common than you might think.

“Some women who may not normally have periods, or who have erratic periods, may not realise when they become pregnant.

"Even a baby kicking can be mistaken for indigestion or pre-existing tummy problems.

“If you have a retroverted womb – one that points backwards – you may not show until much later, or not at all.

“A positive pregnancy test is around 99 per cent accurate but is never 100 per cent.

"It is possible to get a ‘false negative’ for lots of reasons, including not taking the test properly, taking it too early or reading it incorrectly.”

She worried that George might have health problems, having led a normal lifestyle during her pregnancy. She says: “I’d been drinking on nights out and eating all the things you’re meant to avoid when you’re expecting a baby.

“In June last year I was in a car accident — I would’ve been three months pregnant at the time. I twisted my back and had physio. I dread to think what might have happened. We’re so lucky he’s completely healthy.

“I didn’t feel George kicking, which the midwives think was down to the position he was laying in. And my placenta was at the front.”

A year on, Alice can’t imagine life without George. And she can’t wait for a first Christmas at home together, having spent the big day last year in a hospital ward.

She says: “Taking George home for the first time felt surreal. I never thought I’d have a baby at my age but I love George to bits and wouldn’t change a thing. Now he’s here, I can’t remember what my life was like before.

"My three year relationship with his dad finished when George was three months old but I am happy with it being just the two of us. George will be a year old on Christmas Day, so we have two trees this year.

"One has his birthday presents underneath and his gifts from Santa will be under the other. George is the best surprise gift I could have wished for. But if I fall pregnant again, I am sure I’d know the second time around.”