I FIRST tried Botox when I was coming up for 40 and people were telling me I looked tired or anxious, when I wasn’t.

I knew about Botox and fillers through my work as a beauty journalist and heck, I wanted to see if it worked. Would it make me look rested and fresher? 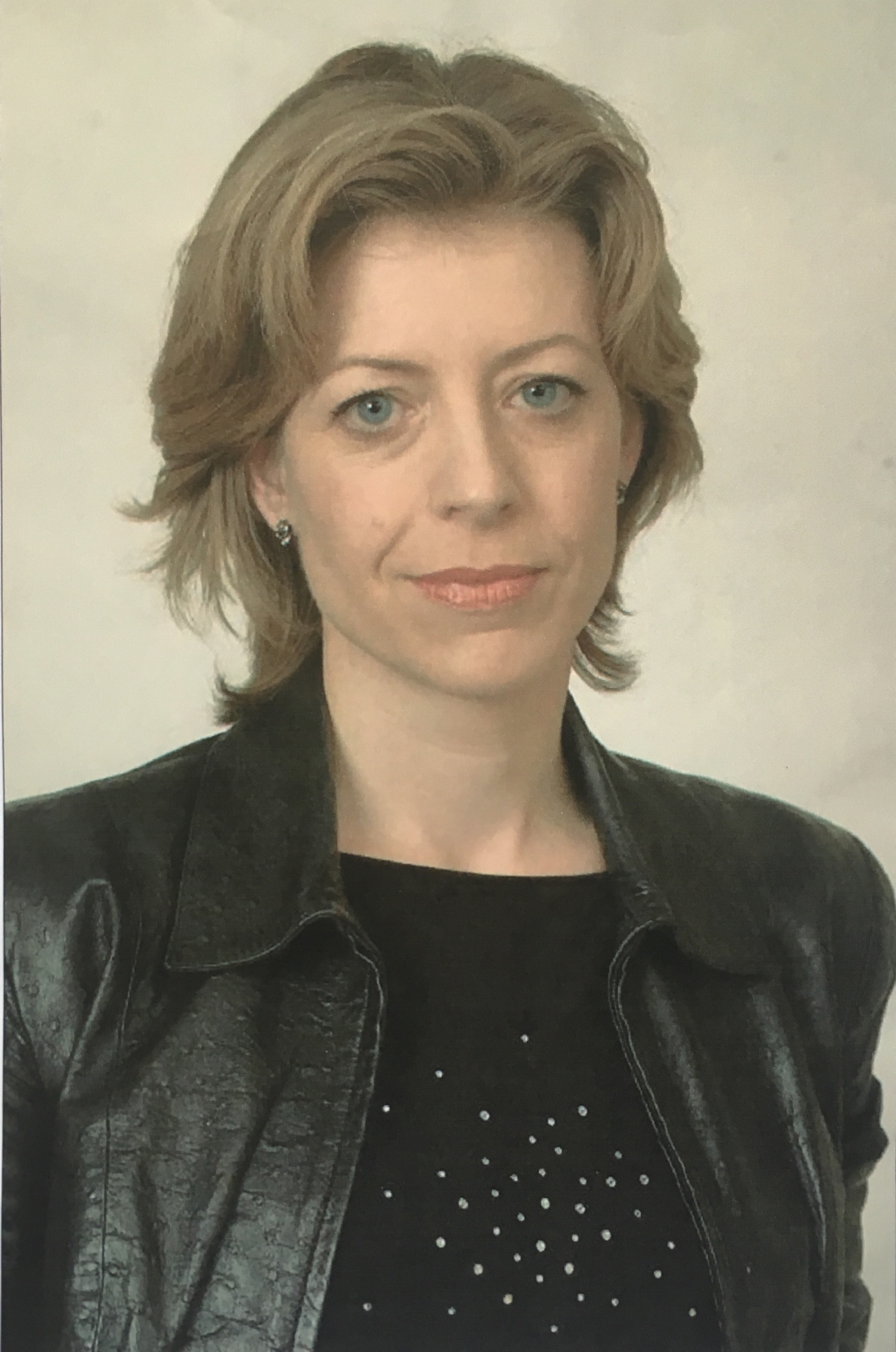 That was 2002, and since then I’ve turned myself into something of a human tweakment guinea pig, having more than £100,000-worth of them.

I’ve tried almost every non-surgical procedure you could name, from skin-tightening focused ultrasound to micro-needling and radiofrequency.

I’ve had laser and intense pulsed light treatment to chase away patches of pigmentation and thread veins, skin peels to freshen my complexion.

I’ve even had Botox injected into my pores to keep them clear. 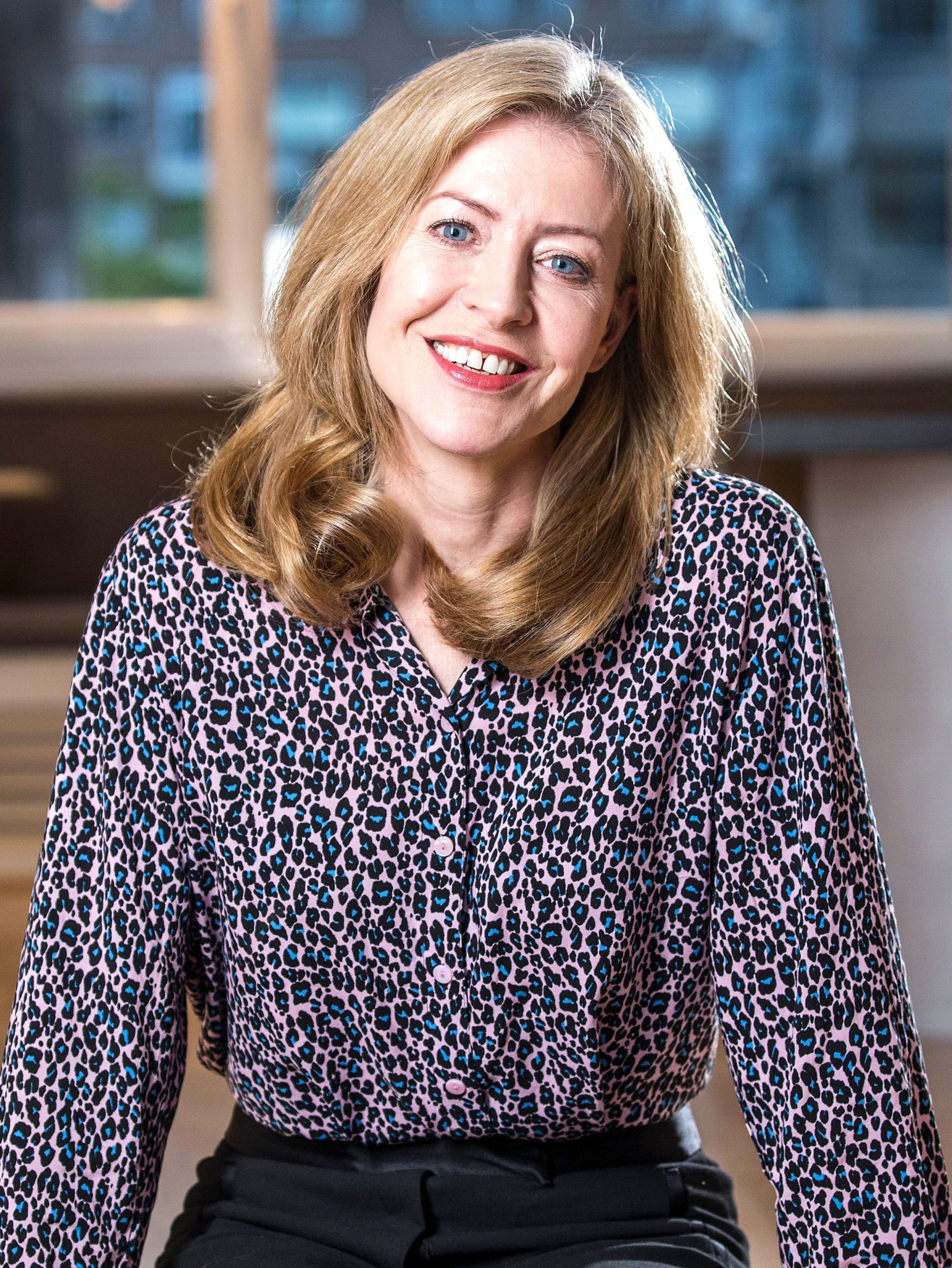 I’ve had injections of fillers — normal ones made from hyaluronic acid, long-lasting ones made of polycaprolactone and skin reconditioning agents.

I’ve even had fat extracted from my thighs and injected into my face, to replace the volume lost over the years.

You’d think I’d look freakish — like a celeb who has overdone the cosmetic work — but early on I learned the secret with tweakments is to seek out the best practitioners who use safe, well-tested products, and to know when to stop.

I still think that when it is done well, non-surgical cosmetic work can be life-changing as well as life-enhancing, because it gives middle-aged women the power to choose how they look as they age, which, barring expensive, invasive cosmetic surgery, has never been an option before. 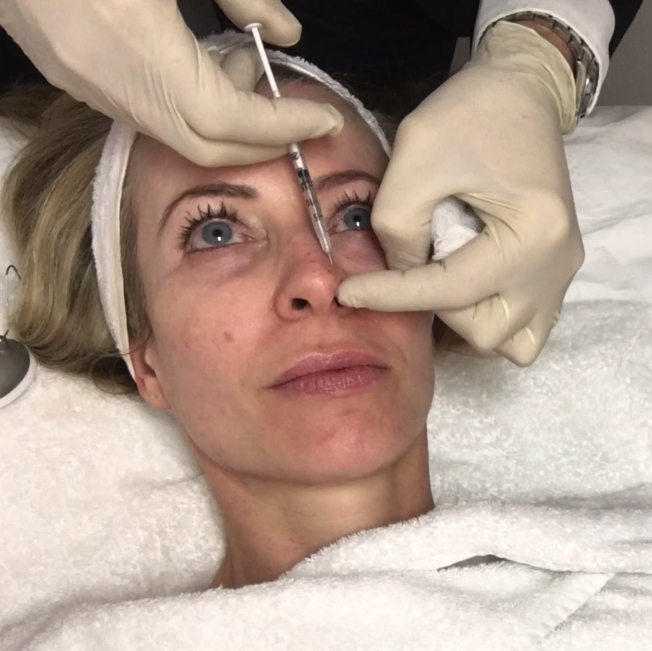 But the trouble is, it’s not just middle-aged women who are doing it now — and it’s why I’m backing Fabulous’s Had Our Fill campaign.

Since the Kardashians hit social media and it became apparent to the whole world that tweakments could be used to beautify an already-gorgeous face, the under-30s have taken to fillers in their droves.

To them, having a shot to make their lips poutier or to add contour and definition to cheekbones is more of a ­fashion statement than a ­medical procedure.

With lip injections I find less is more — but then I’m not going for the Love Island look.

HIDDEN AWAY IN BACK ROOMS

Tweakments are minor medical procedures. They ought to be offered only by practitioners who have medical qualifications, as well as specific training in aesthetic procedures.

Around 20 years ago, tweakments were the secretive preserve of an elite who knew the few dermatologists, surgeons and doctors who offered them.

My friends were always shocked when they learned that I had tried out these things and written about them.

Had Our Fill campaign

THE wrinkle-busting and skin plumping treatments account for nine in ten cosmetic procedures.

Fillers are totally unregulated and incredibly you don’t need to have ANY qualifications to buy and inject them.

Shockingly, 83 per cent of fillers are performed by people with no medical training.

Women have been left with rotting tissue, needing lip amputations, lumps and even blinded by botched jobs.

Despite the dangers, there is no legal age limit for dermal filler, which is why Fabulous has launched Had Our Fill, a campaign in which we call for:

We want anyone considering a non-surgical cosmetic treatment to be well-informed to make a safe decision.

But today you can find tweakments on almost every High Street — though they’re often hidden away in back rooms at hairdressers and beauty salons, being offered by people who have no business to be doing them.

Most people have no idea there is so little regulation of fillers, and that you or I could buy products and needles, take a weekend course in injecting, and set ourselves up in business perfectly legally, as some reality TV personalities have done.

Younger patients have less cash to splash than older women, so are keener to seek out cheaper treatments. I understand that.

The trouble is, these treatments shouldn’t come cheap. 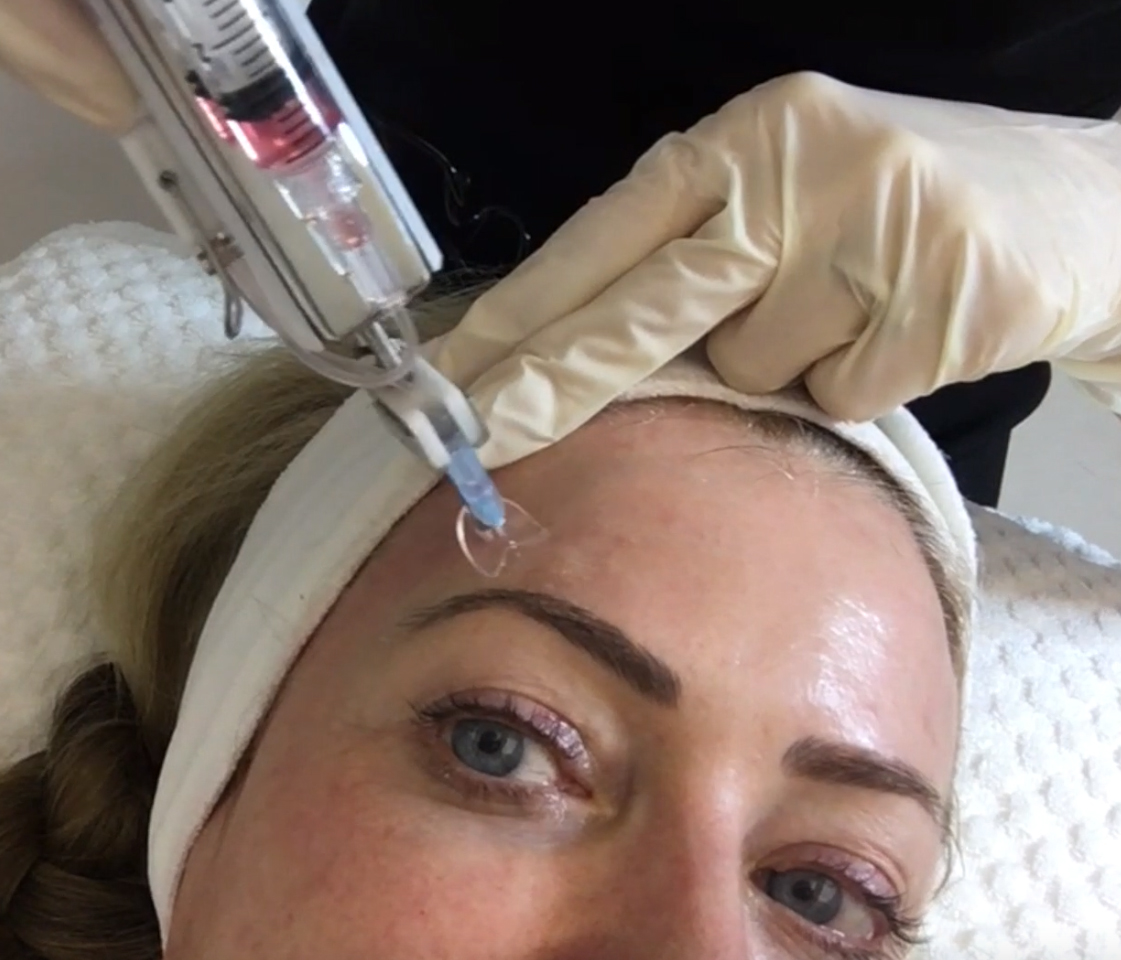 Good, well-tested and properly accredited fillers (brands such as Juvederm, Restylane, Teoxane, Belotero and Ellanse) are not cheap.

Nor is the time it takes to become an expert practitioner.

So how do you learn all this when you’re not an expert?

You need to educate yourself and use resources which offer enormous amounts of independent advice on staying safe and finding a great practitioner. 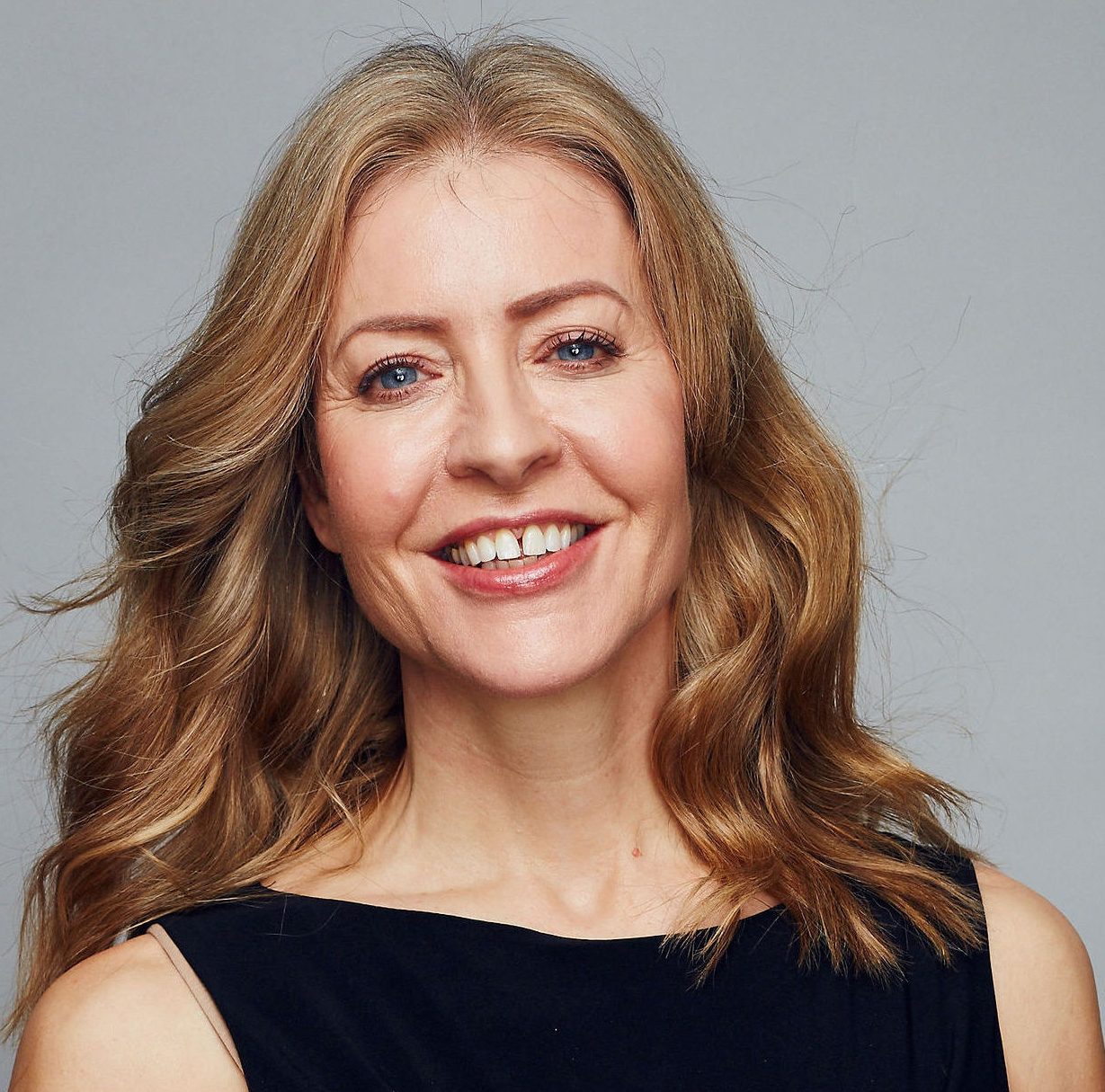 Back in 2013 in the wake of the PIP breast implant scandal, Professor Sir Bruce Keogh headed a report into cosmetic surgery and non-surgical procedures.

He concluded that the lack of regulation around the use of injectable fillers meant they were “a disaster waiting to happen”.

Could injectable fillers be the new PIP scandal? All too easily.

In the US and most European countries no one can inject fillers unless they are a specially qualified, trained medical practitioner.

Here in Britain, anything goes, and it’s the cheaper, unqualified practitioners who cause most problems.

We only hear what goes wrong when some brave soul speaks out, like Rachael Knappier, whose lips swelled to bursting point last year after a rogue practitioner injected filler into a blood vessel.

There is still enough of a stigma attached to having ­cosmetic “work” done that ­many people, particularly celebs, are reluctant to talk about it. 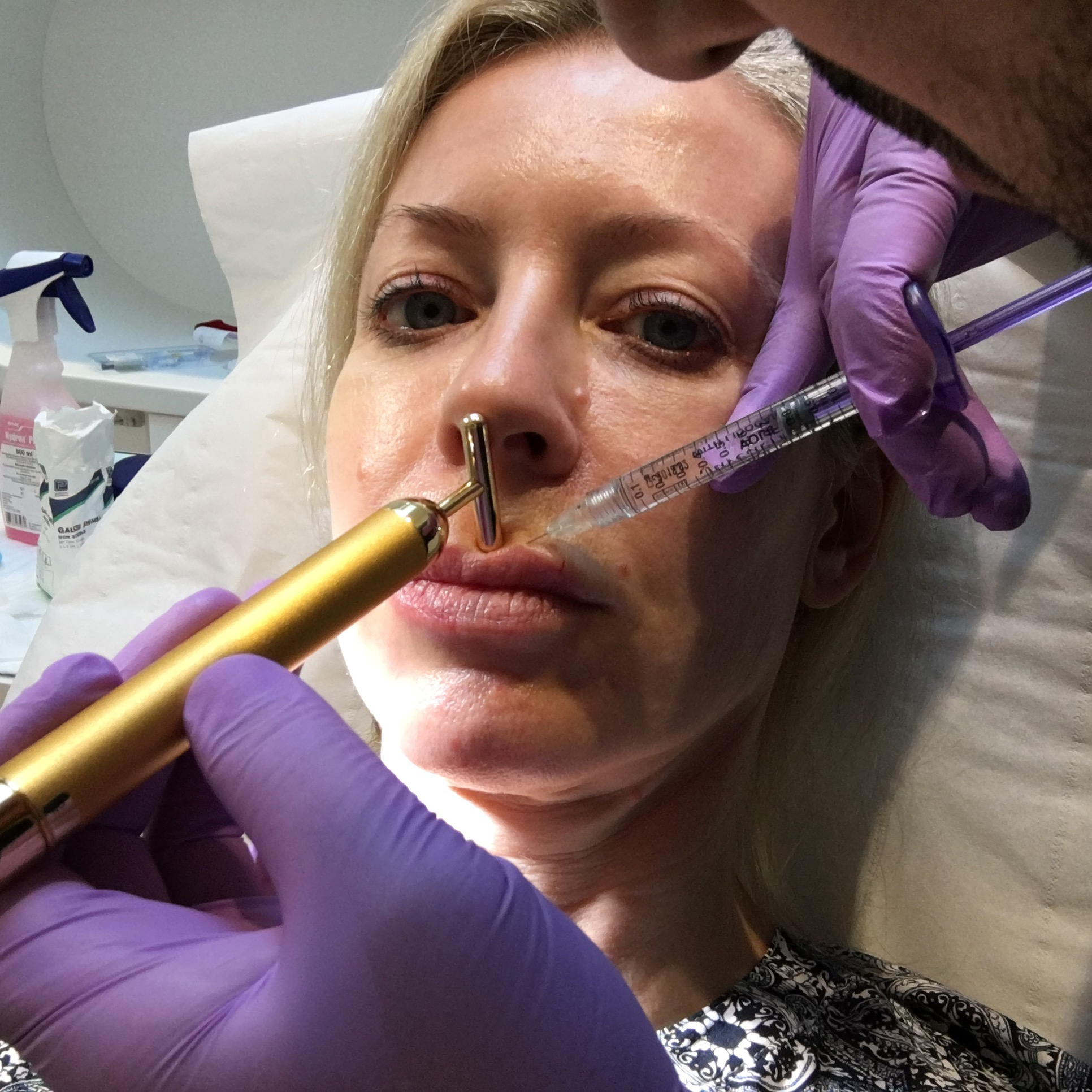 Add to this the relish with which stories about what goes wrong are reported, and it’s easy to see why people conclude that tweakments must be a shameful and scary thing to do.

So we need to get people talking about tweakments, in order to educate them, and if they’re tempted to dabble in this area, to keep them safe.

Right now, they don’t realise how unsafe they are until something goes wrong.

So I applaud Fabulous for this campaign. We need to talk about tweakments to raise awareness and increase understanding about non-surgical procedures.

This knowledge is desperately needed, to keep ­people safe.

We also need to put pressure on the Government to change the law, so people can be confident of finding good practitioners who do great work, and avoid the cowboys.

The more we talk about this, and stop brushing the subject under the carpet, the sooner this will happen.

Our celeb supporters on why they’re backing Had Our Fill

“A few years ago I was addicted to lip fillers. My parents had to sit me down and say it was too much. When I eventually went to a practitioner to remove them, doctors found that my repeated use had led to a burst blood vessel in my upper lip. Now my lips are unlikely to go back to their natural shape. I wish I’d never had it done in the first place.”

“I’ve had filler in my lips, jaw, chin and tear trough. I ended up with two black eyes after getting it dissolved after complications. It was really painful. You need to be careful with these treatments, and really do your research beforehand, making sure the practitioner is properly qualified.”

“I’ve given up fillers for good, as I got a horrible duck-face look. You hear about girls who are under 18 and having them done – it’s scary, there are lots of horror stories. Girls are putting themselves in a vulnerable position, especially if they don’t do their research. If I can help one person make a more informed choice, then it’s worth it.”

“After Love Island, I was messaged a lot by [cosmetic surgery] companies saying: ‘We’d love to do something to your face.’ I felt under pressure, so it’s amazing Fabulous is raising awareness about the dangers. The lack of regulation is disgusting. Girls need to be aware that cheap is not always a good thing.”