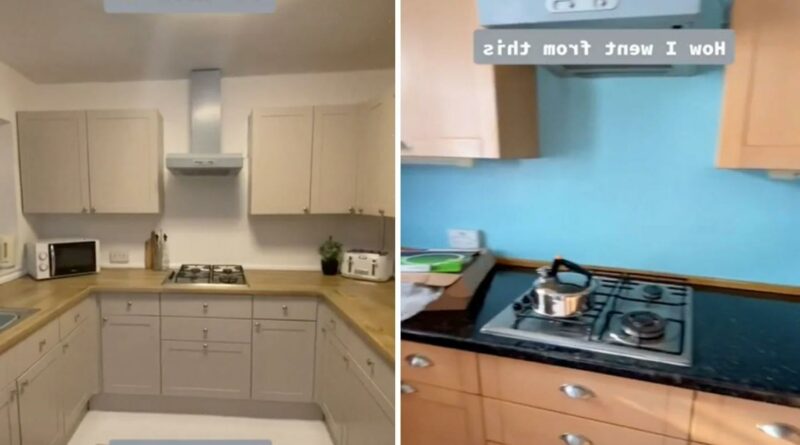 A WOMAN shared her dramatic kitchen transformation from shabby student-like space to chic haven on a budget of just £250.

Holly Edmonds, 23, uploaded a step by step account of how she renovated her kitchen on a tight budget, by painting the cupboard doors, walls and floor, putting a new lining on the counter top and adding some stunning finishing touches. 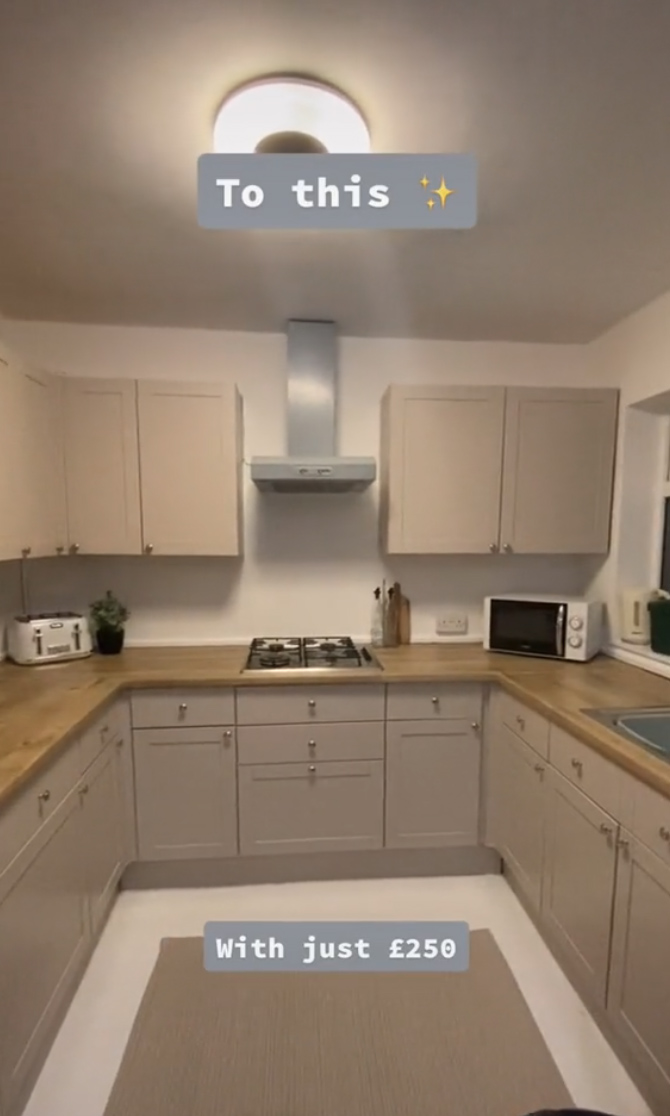 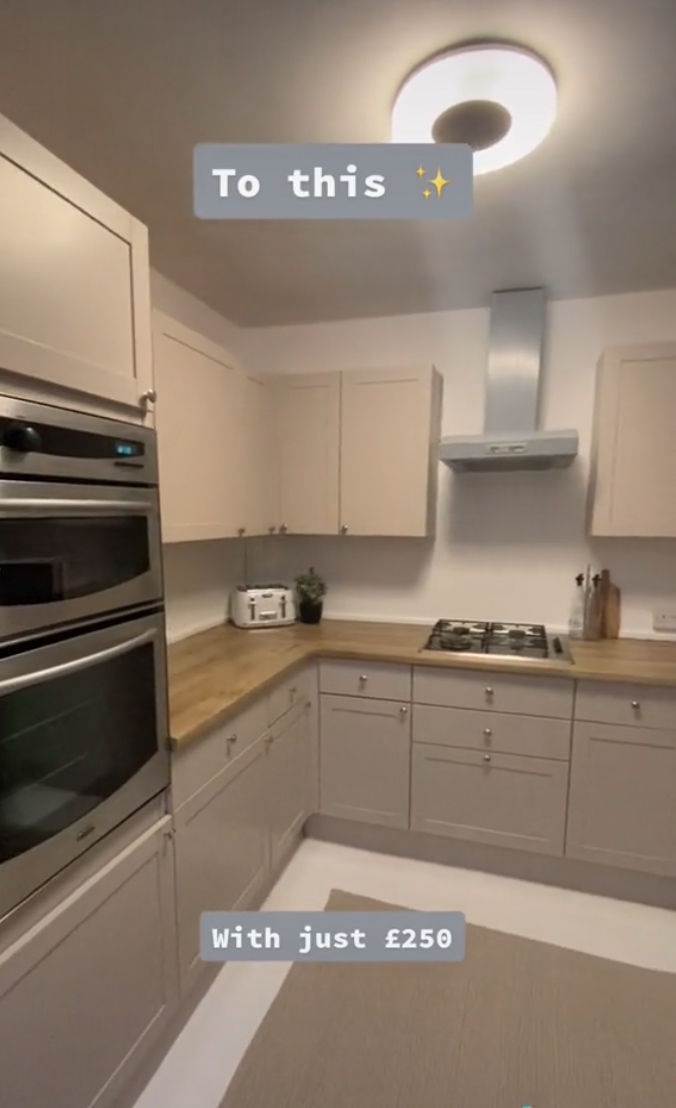 In a short video uploaded to TikTok Holly walked viewers though the process of glowing up her kitchen.

She uploaded the clip, which has been liked more than 70k times, with the caption: "Kitchen glow up."

Holly then showed herself cleaning the drab kitchen cupboard doors with The Pink Stuff spray and sugar soap.

She then removed them from the hinges and laid them out on the floor to paint them with B&Q's GoodHome Multi surface paint in Tijana satin.

Next up she painted the floor with Ronseal One Coat Tile Paint in white and once dry, put a hard-wearing rug in the middle to soften the effect.

Rather than replacing the worktop she chose a wood effect cover and carefully stuck it down using a card to work out and ridges.

January 27: A money moon can spark extravagance but you stay in control

Finally she added finishing touches like plants and accessories to complete the elegant look.

Fellow TikTokers were impressed with the transformation.

One said: "Looks much better than before! And nothing wrong with doing things on a budget, buying a house that young is no small feat!"

Another said: "Looks amazing! I’m desperate to do mine, you make it look so easy."

While a third said: "What an effort! Looks absolutely stunning! What a queen." 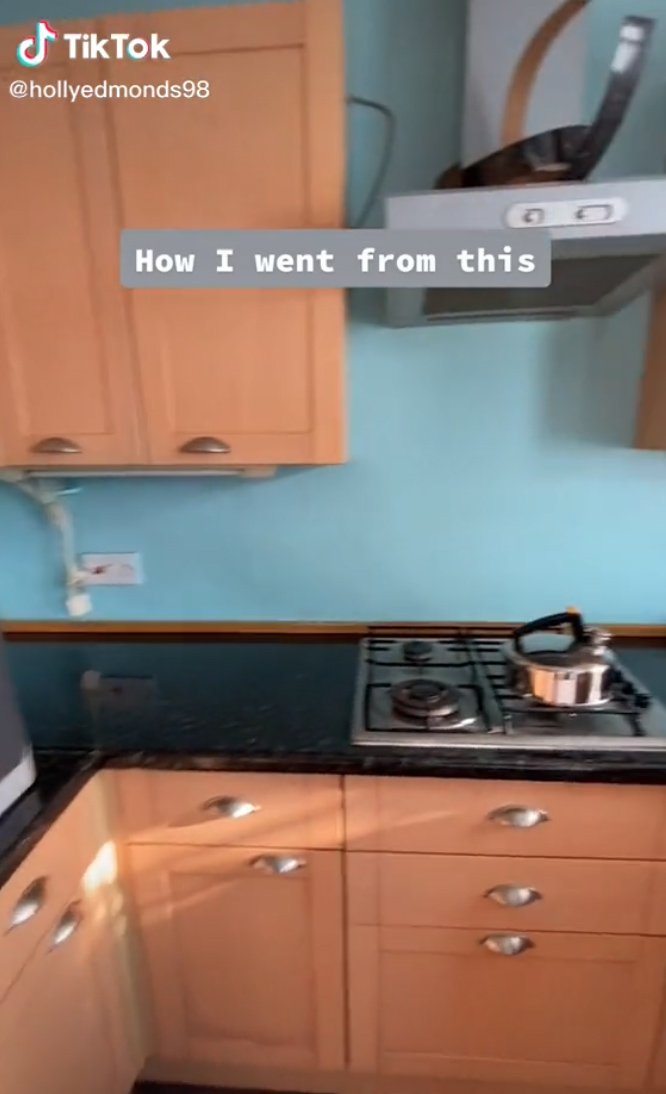 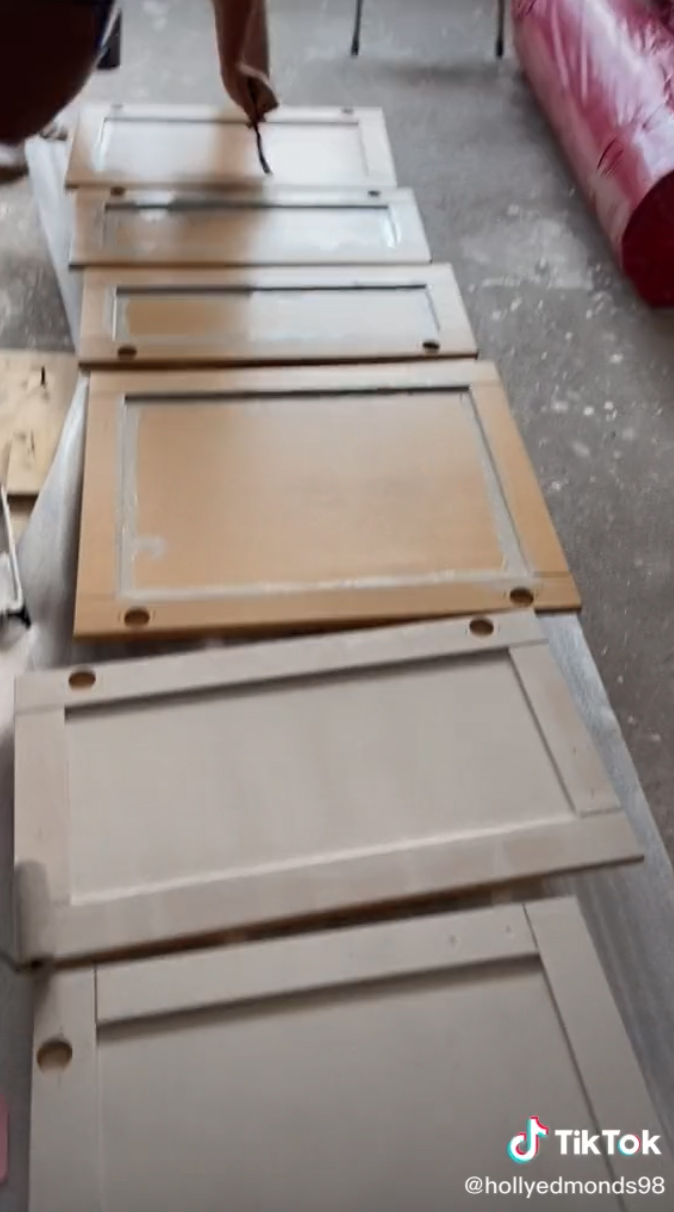 For more home DIY stories, this woman gave her "boring" kitchen a multicoloured makeover but people think she’ll never be able to sell her home.

Plus, this single mum built a new FLAT inside my £139k home – and rents it out for extra cash.

Previously, experts shared tips to save up to £11.5k on your DIY home renovations – from changing your taps to painting the skirting boards.