A WOMAN who became fed up with always being the “fat friend” has unveiled her dramatic new look.

Telsah Kaufmann, from the US, who goes by the handle ‘telsah123’ showed off her ”incredible” transformation in a series of TikToks revealing she weighed 136kg when she was 19 years old. 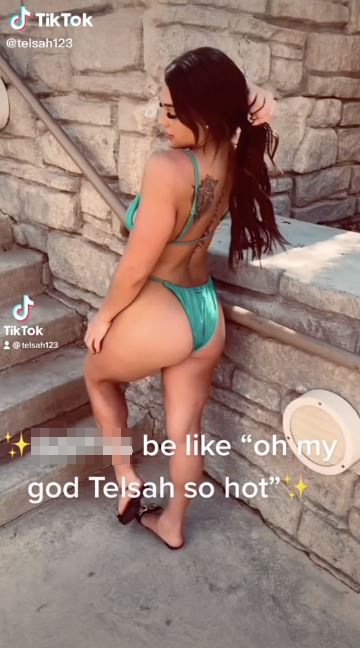 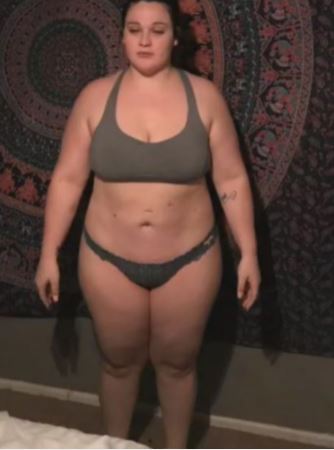 In one clip, which has been viewed 8.8 million times, she explained that she had become “tired” of being “just the ugly fat friend” before sharing snaps of her weight loss.

More than 17,000 people left comments telling Telsah that she was never “ugly”, but that they were happy for her lifestyle change.

And she revealed how dates had treated her differently after losing weight.

On her TikTok she showed a video with a message "Lose some weight and maybe we can talk" set against a video of her bigger.

Then she added the text "16 missed calls" before posting a picture of her now.

Telsah said she just wanted to be “healthy” and feel as confident as she did on the inside, on the outside. 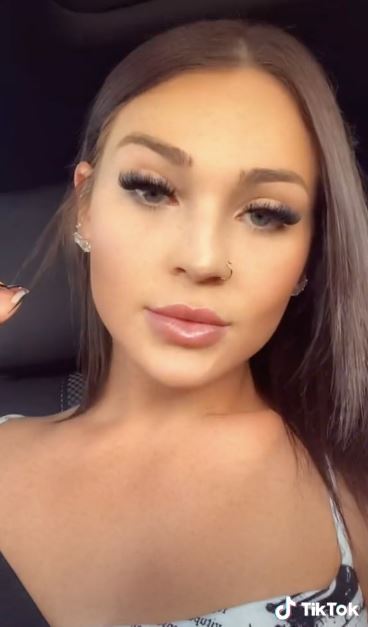 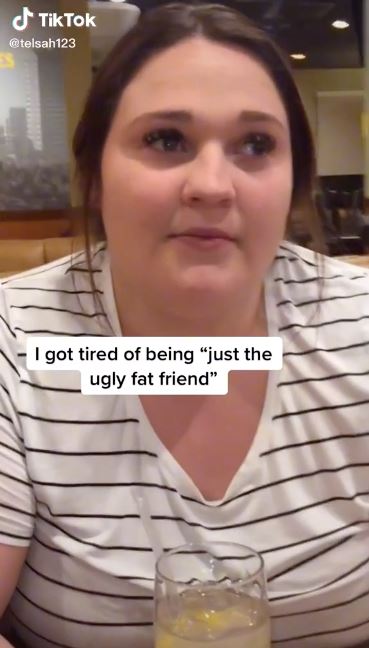 She said was ready to “change her life forever” and in September 2018 decided to get Vertical Sleeve Gastrectomy.

“For those you are unfamiliar of this surgery, this is a tool to help guide you with a lifetime guidance of proper portion control and eating habits,” Telsah explained in an Instagram post.

“I knew it was a huge change and needed to be something I stayed 100 per cent dedicated too.

“I was so scared and felt so alone! I had more than enough support from family member but still didn’t have the confidence in myself.”

She then shared footage unveiling how she looks now. Picture: TikTok/telsah123

She said she was scared to “fail again” after multiple attempts of trying to lose weight.

“I just wanted to be healthy and feel as confident as I displayed myself as,” Telsah continued.

Telsah said her weight had a huge impact on her life which stopped her from accomplishing “many things”.

However, since undergoing the surgery and training regularly, Telsah said she realised she wants nothing but to better her life and of those around her.

Despite being hesitant to share her story at first, the young woman has since opened up about her experience in the hopes it will help others also seeking guidance.

“It sucks to feel alone, but I promise you, you aren’t alone!” she wrote on Instagram.

She said while it wasn’t an easy process both mentally and physically, she would “do it all over again”.

“Words can’t describe the feeling I feel, it’s honestly the best feeling in the world looking back and seeing all my accomplishments I’ve over come not only physically but mentally,” she said in a post in September.

“I am so proud of the change you worked for. You’re amazing. Always,” fellow TikToker ‘dadlifejason’ wrote.

“Hard work & dedication pays off,” another user wrote, while a third added: “I’m inspired!!! Holy GORGEOUS! (you were beautiful before too).”

This article appeared in News.com.au and has been republished with permission.

Meanwhile, a woman spent £3k on "an extreme glow up" makeover in time for "hot girl summer" including eye lift and nose surgery.

And women shared their striking transformation photos showing what they look like before and after make-up.