WHEN Jill Russell’s youngest daughter was born, it reignited a hellish battle with a debilitating illness.

The mum, from Carlisle, Cumbria, barely remembers the first two years of five-year-old Daisy’s life and fears it could be the reason for her selective mutism, a severe anxiety disorder which leaves a person unable to speak in certain situations. 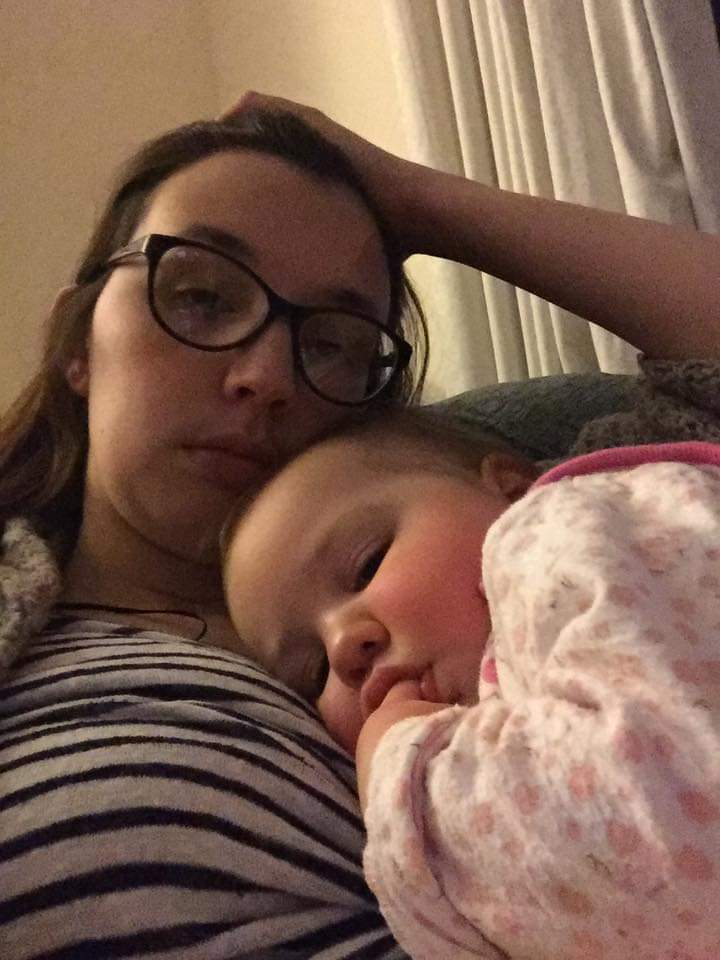 Jill was suffering from CFS/ME – but it took over a decade to get a proper diagnosis, with doctors wrongly labelling her with post-natal depression after both of her daughters' births.

Thankfully, she is now on the mend, but feels heartbroken and guilty she missed precious milestones in her daughter’s life – like her first steps – despite being physically 'there' at the time.

Speaking exclusively to Fabulous, mum-of-two Jill, 31, who is married to Timo, 38, a biomechanist, tells her story…

When I found myself crawling upstairs to the toilet on my hands and knees, in so much pain that it felt like my very skeleton was aching, I knew something was seriously wrong. 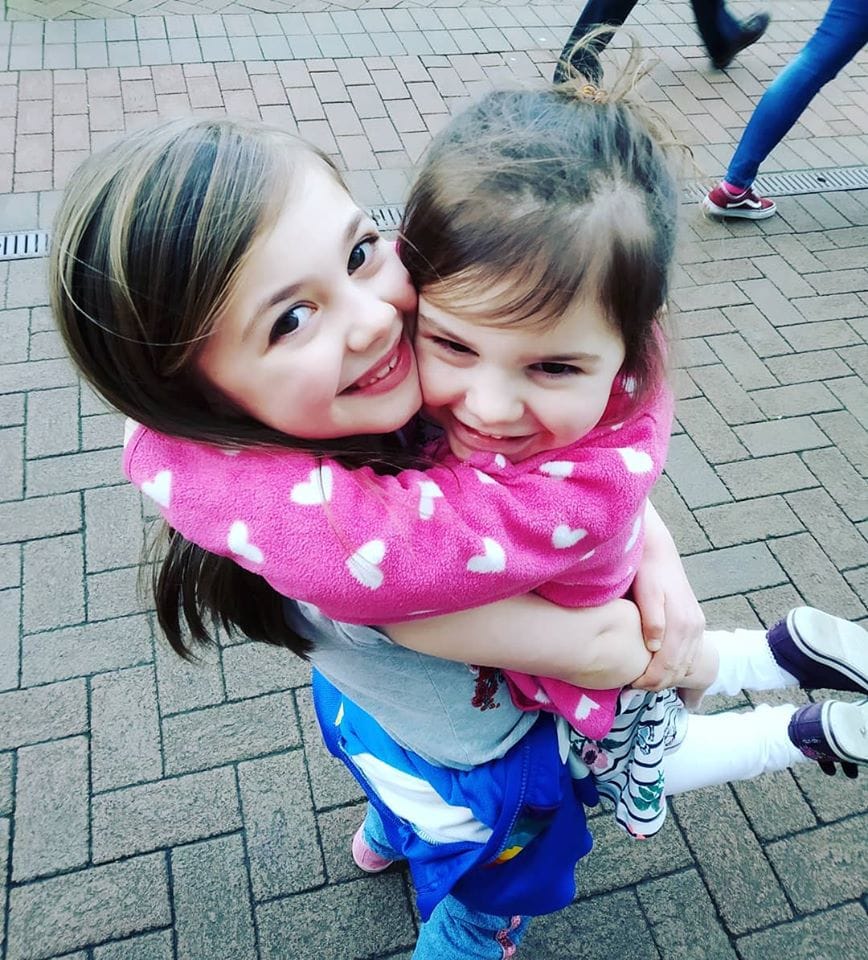 Three weeks previously, on June 4 2015, my husband and I had brought our newborn daughter Daisy home from the hospital.

It should be a happy memory, but for me it marked the start of my hellish period of CFS/ME (Chronic Fatigue Syndrome/Myalgic Encephalomyelitis).

My memories of this precious time are blurry and hazy. There are so many important milestones I don’t remember.

I can’t recall Daisy’s first steps at around a year old. I was just so unwell that even though I was ‘present’, I wasn’t mentally ‘there’.

Those first two years of Daisy’s life – a period that should have been joyful – were hell on earth. Even worse was that no one seemed to understand

And I’m worried it’s had a long-lasting impact on our daughters – a thought that makes me feel guilty.

Pashley, now eight, has anxiety dating back to when I was really ill.

Daisy, now five, has selective-mutism – which may be related to her being stuck at home for the first couple of years of her life, when I was too unwell to take her to baby or toddler groups.

I think she assumes all mums have regular naps on the sofa; she’s used to her sister bringing me a cushion and blanket when I need to lie down.

Although Daisy talks at home with us, she can't speak when she leaves the family home.

We've tried to discuss it with her, and she's seen a GP about it, but she can't explain why it happens. 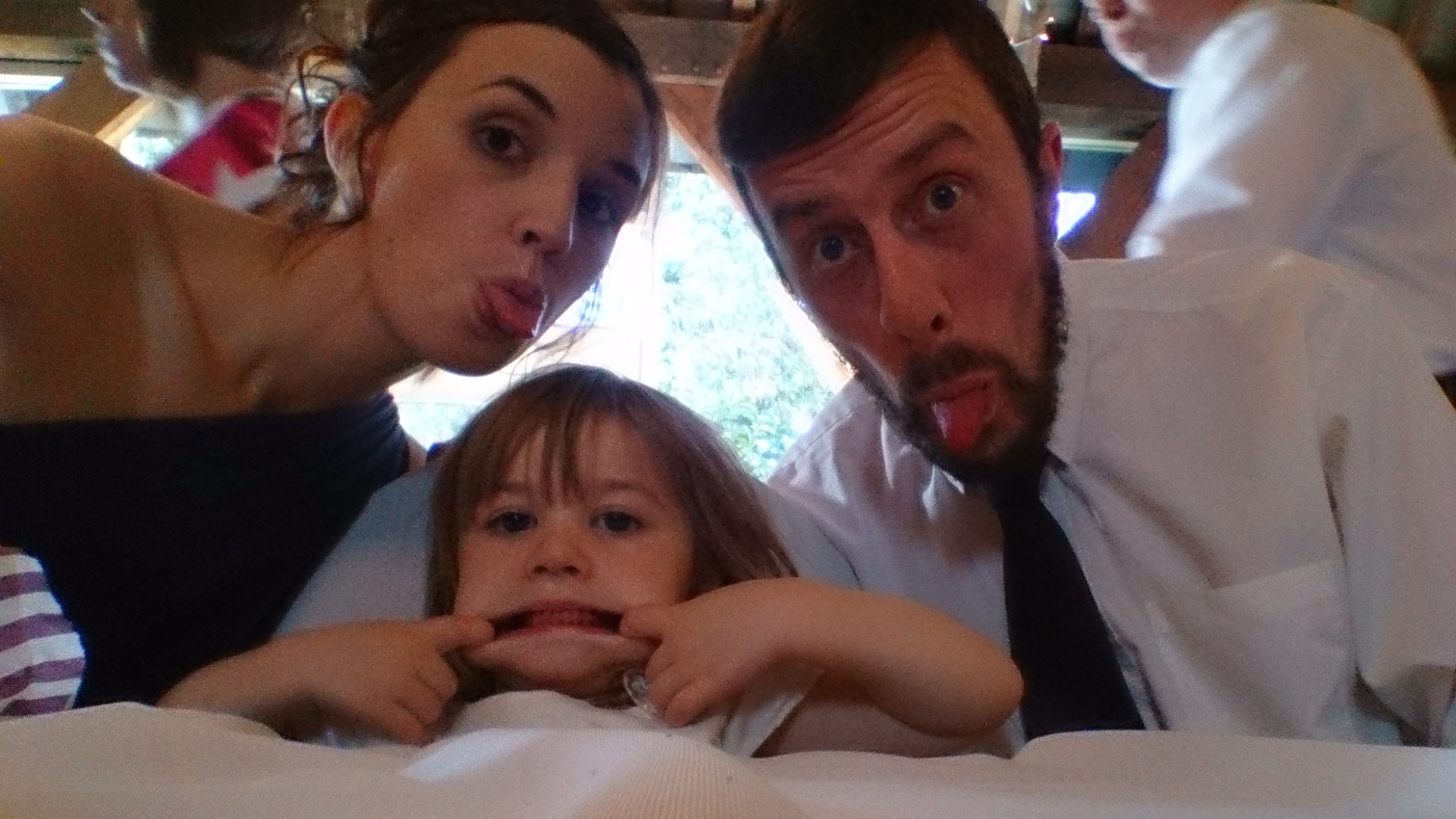 My journey with CFS/ME began when I came down with what appeared to be the flu aged 17 – and never fully recovered.

When I gave birth to my eldest daughter, Pashley, in 2011 aged 22, my symptoms inexplicably worsened – but doctors dismissed it as postnatal depression.

Eventually, I was able to return to part-time work as an admin assistant at a local jewellery shop.

I think Daisy assumes all mums have regular naps on the sofa; she’s used to her sister bringing me a cushion and blanket when I need to lie down

But when I had my youngest daughter, Daisy, in 2015, I deteriorated further.

Three weeks after getting home from hospital, I was struggling to even crawl up the stairs – leaving me in floods of tears.

Back on the sofa, I was straining to keep my eyes open. Noise and daylight had become too much to bear. 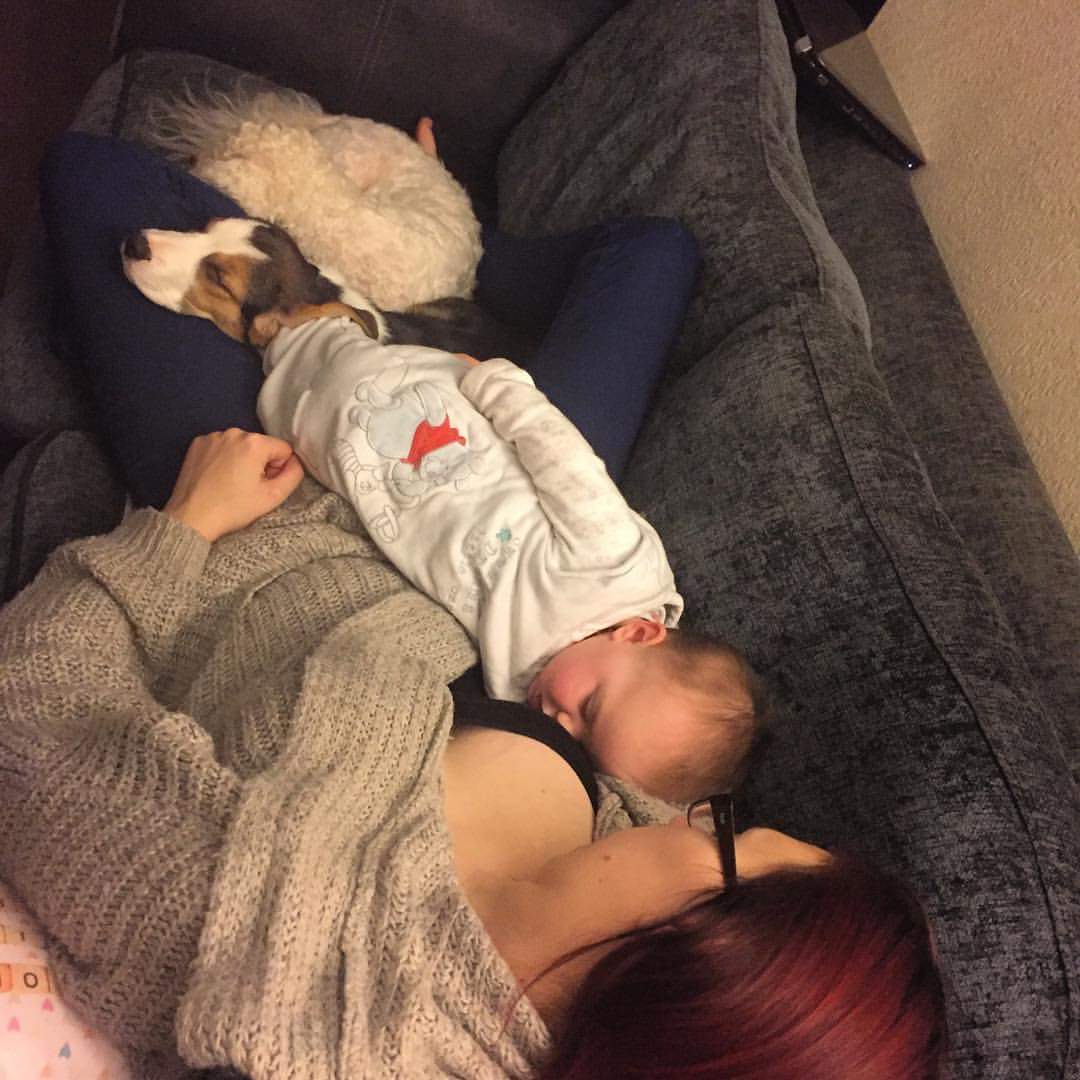 With my husband back to work and my other daughter at school, I’d dread the hours on my own with the baby, terrified something awful would happen.

I dared not shower in case I collapsed and hit my head. My mind was so foggy that I’d struggle to string a sentence together.

My sister would receive texts from me – which I had no recollection of sending – containing gobbledygook, when I was trying to say: “I don’t feel like I can hold my baby.”

I’d also message my husband, begging him to come home from work. 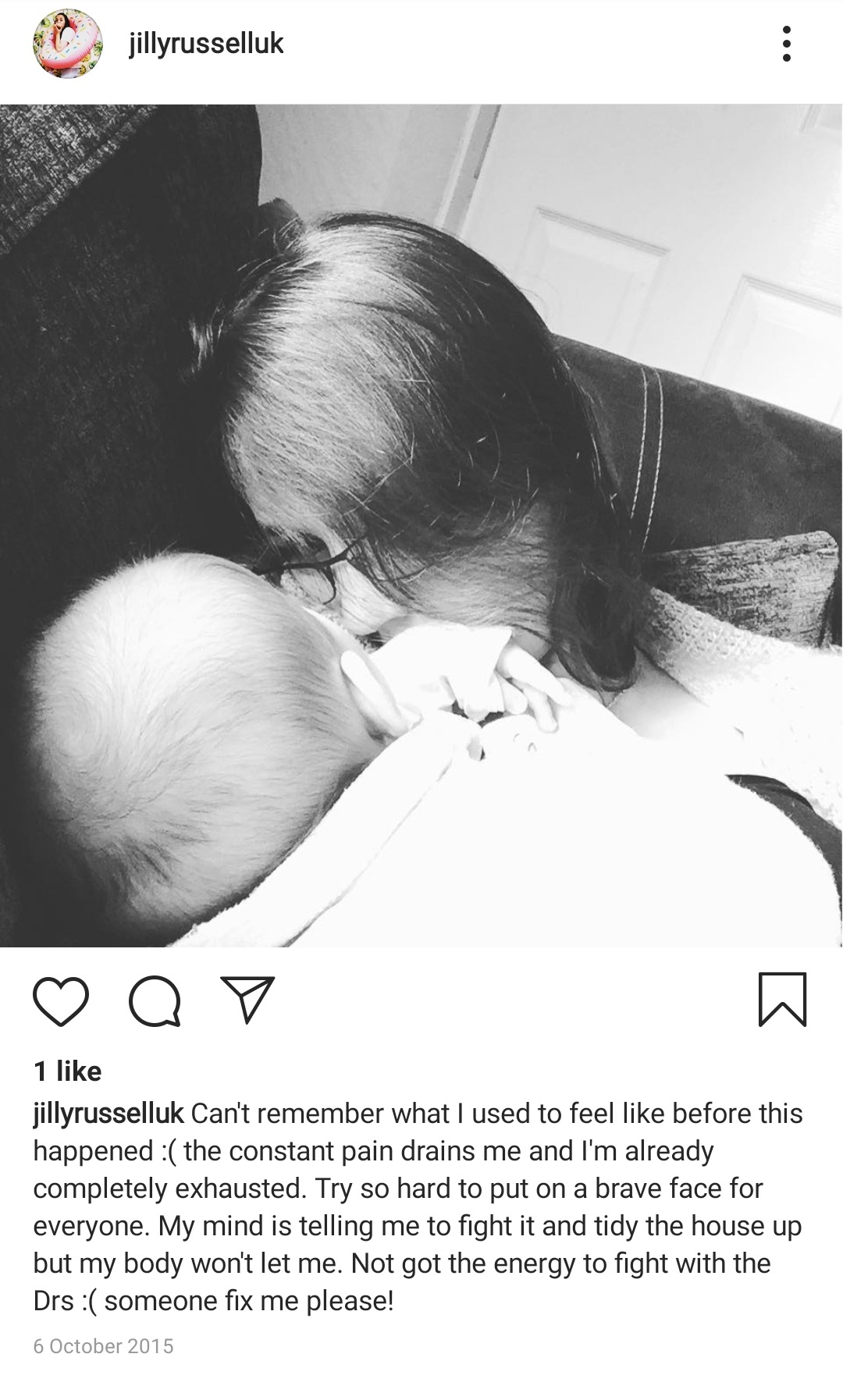 Those first two years of Daisy’s life – a period that should have been joyful – were hell on earth. Even worse was that no one seemed to understand.

My GP was convinced, again, it was postnatal depression – so I saw a different doctor. He was the first to talk to me about CFS/ME.

Even then, it was frustrating – there is no cure and little advice as to how to effectively manage it.

To make matters worse, there are lots of misconceptions surrounding the condition – the main one being that people think it’s all in our heads.

One family member even told me: “That’s not a real illness, that’s just what work-shy people have.”

Chronic fatigue syndrome, also known as myalgic encephalomyelitis, is a long-term illness with a wide range of symptoms.

It can affect anyone, including kids, but is most common in women aged 20-40.

The most common symptoms are extreme tiredness and feeling generally unwell.

In addition, people with CFS/ME may have other symptoms, including:

The severity of symptoms can vary from day to day, or even within a day.

The symptoms of CFS/ME are similar to the symptoms of some other illnesses, so it's important to see a GP to get a correct diagnosis.

There's no specific test for CFS/ME, so it's about ruling out other possible conditions.

During those two years, even in my worst moments, I promised myself I wouldn’t waste any time in achieving my goals.

I slowly started to get better from 2017, and I’ve finished my first year of a graphic design degree. 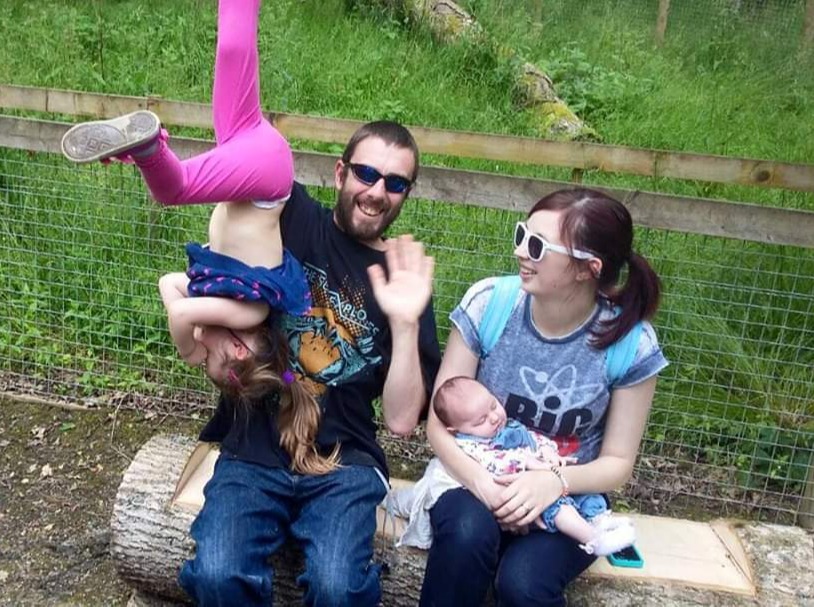 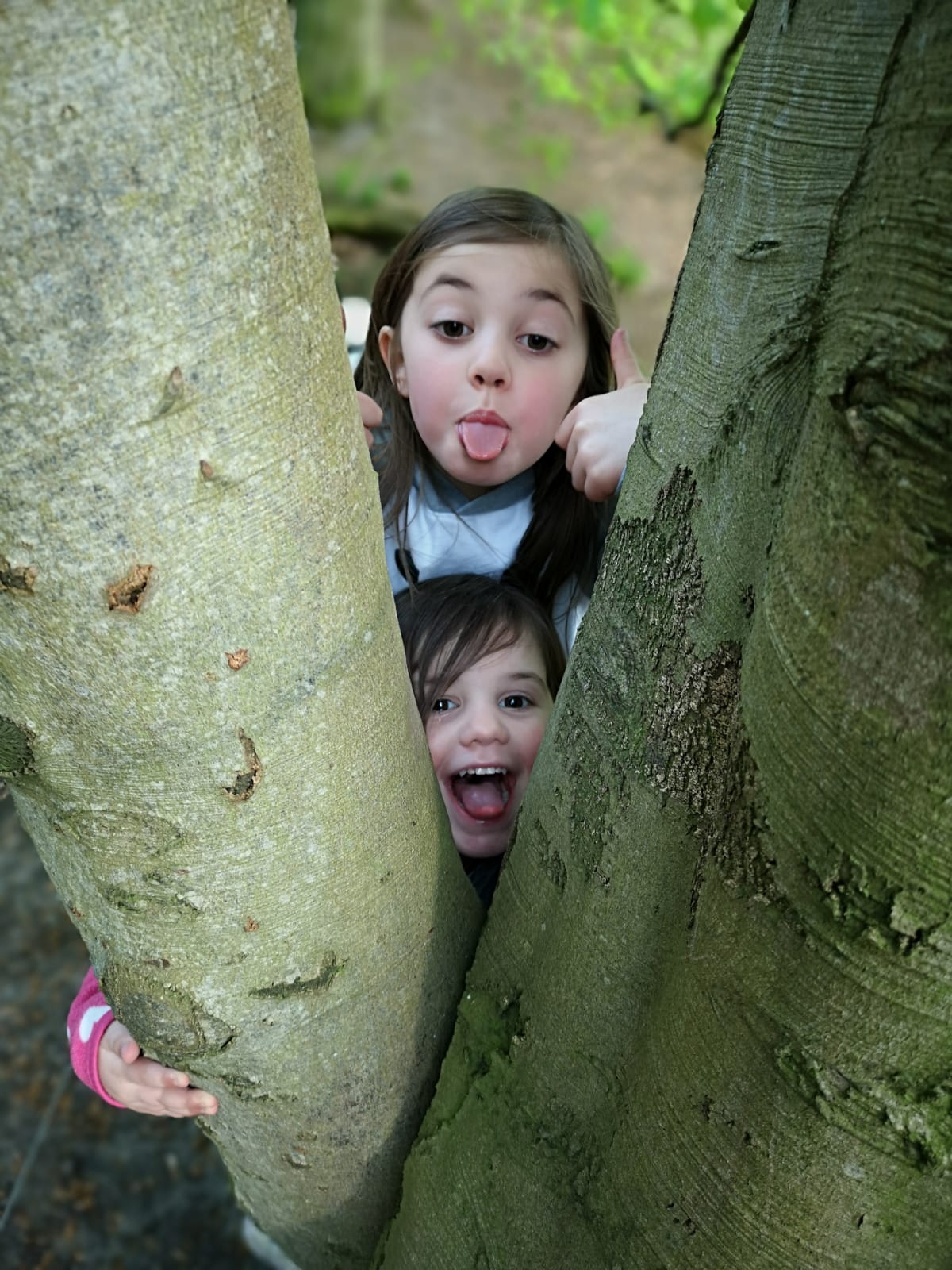 I still have good days and bad days, but thanks to my amazing support network – including my brilliant husband – I’ve been able to cope.

Daisy and I have a strong bond, given everything that’s happened, and I’ve accepted I’ll never be back to ‘normal’.

This condition has been described as like a phone when it needs an upgrade – you charge the battery all night and by lunchtime it’s nearly all drained.

But I believe I’m a better mum – and a more understanding person – because of it, and I’ll never take the simple moments with my kids for granted.

Going for a walk with them by the river feels like the best thing in the world.To find out more about CFS/ ME, visit the ME Association.