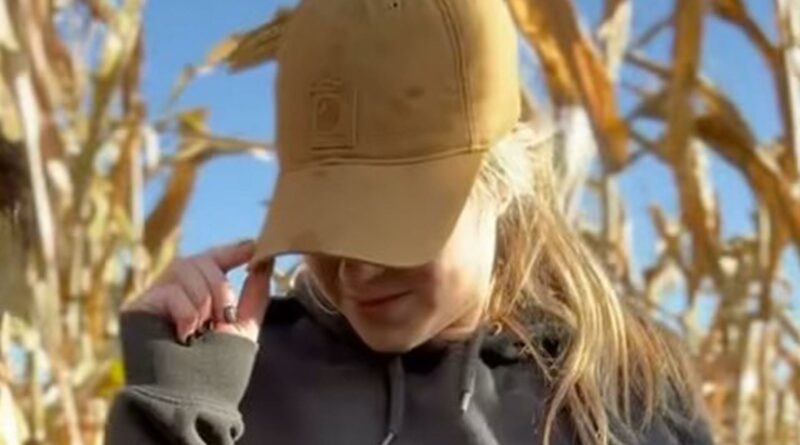 A FARMER’S ranch hand has shared the secret that helps elevate her look while working on the farm.

The TikToker, known as Emma, said the addition of cowboy boots helps send her score soaring from a seven. 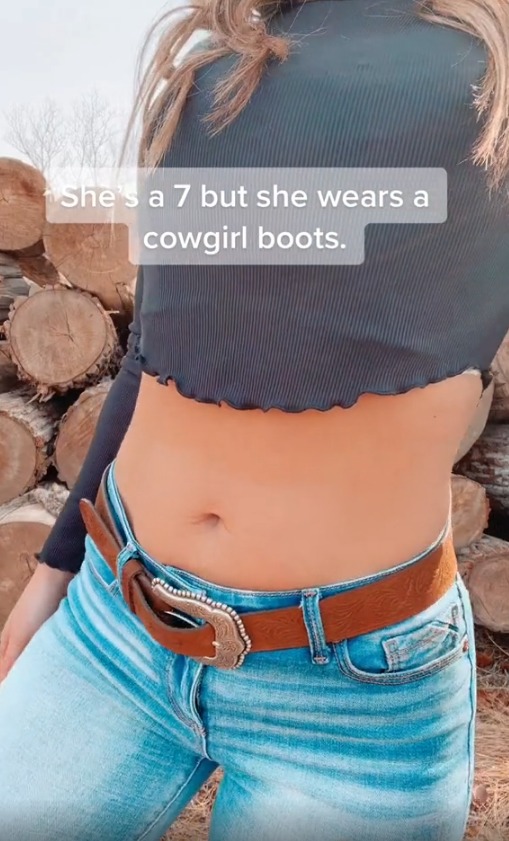 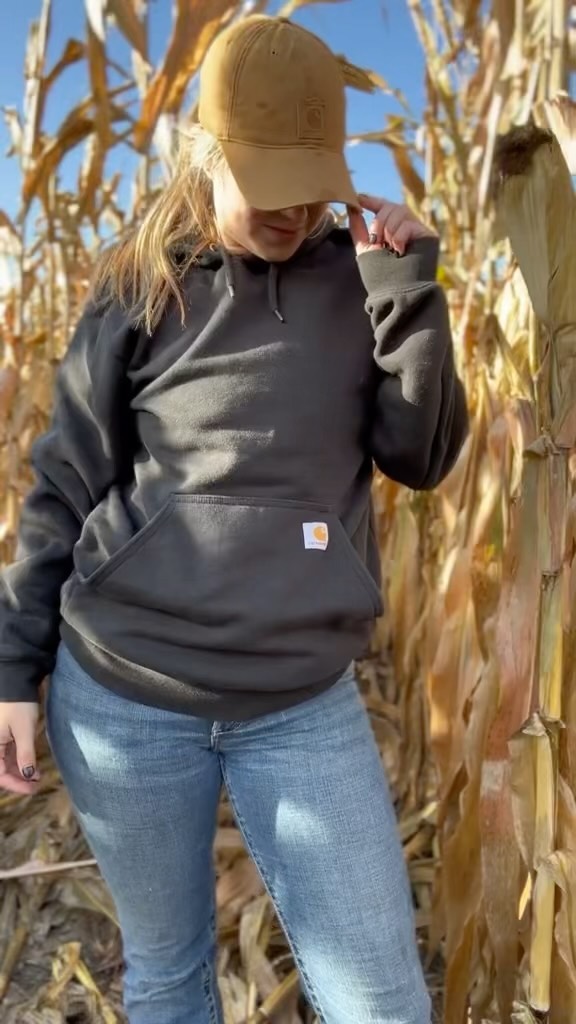 In a viral clip, she teased viewers by sporting a denim crop top, blue jeans, and a brown belt that came with a huge buckle.

The self-described “buckle bunny” didn’t show off the footwear that she was sporting in the clip.

Fans thought Emma had been harsh by ranking herself a seven.

One viewer chimed without hesitation: “A bloody 10.”

Emma is known for showcasing her western attire hauls and offering fans an insight onto life on the farm.

In another raunchy clip, the fashionista cheekily asked: “Ever wonder what I wear under my Carhartt during harvest?”

She was seen sporting a grey sweater and blue jeans before making the transformation.

Moments later, Emma ditched the hoodie for a jazzy two-toned denim bikini, showing off her wild side.

Fans heaped praise on the self-proclaimed "blue-collar farm girl" as they were left wowed by her outfit change.

One described her as “perfect” and others said she was “beautiful”.

Emma has also claimed that she’s the “talk of her town” – something that doesn’t seem to bother her.

She also revealed that she’s made a whopping $8.5million in two years though it’s not known how she scooped the money.

Dozens of viewers said the feat was “awesome” while others wanted tips asking how they could rake in the cash.

Emma is not the only self-proclaimed country girl that documents their lifestyle on social media apps such as TikTok.

The U.S. Sun reported how cowgirl Taylor Rousseau doesn’t have any problem admitting that she’s a “buckle bunny”.

Rather than letting critics control her life, Taylor walks to the beat of her beloved country music.

And, a country girl, known as Steph, was seen sporting camouflaged hunting attire before showing fans what she wears when she’s not in the field.