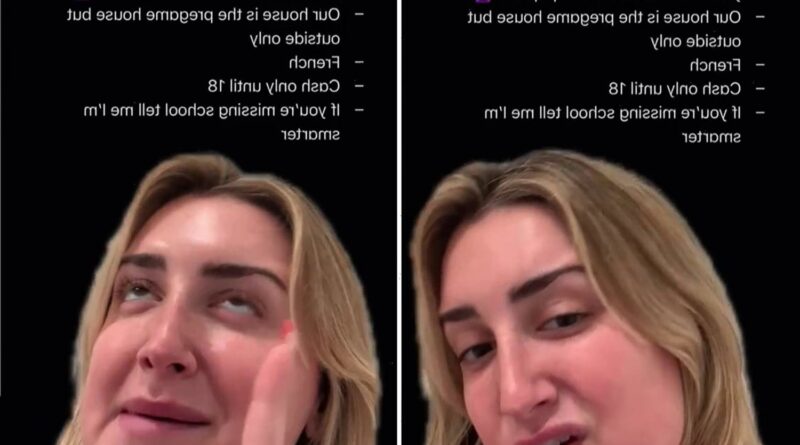 WHEN it comes to parenting there are no hard and fast rules – it's whatever works for you and your family.

But one woman has taken the internet by storm after she shared a video of the Dos and Don'ts she will implement as a ''cool mum''. 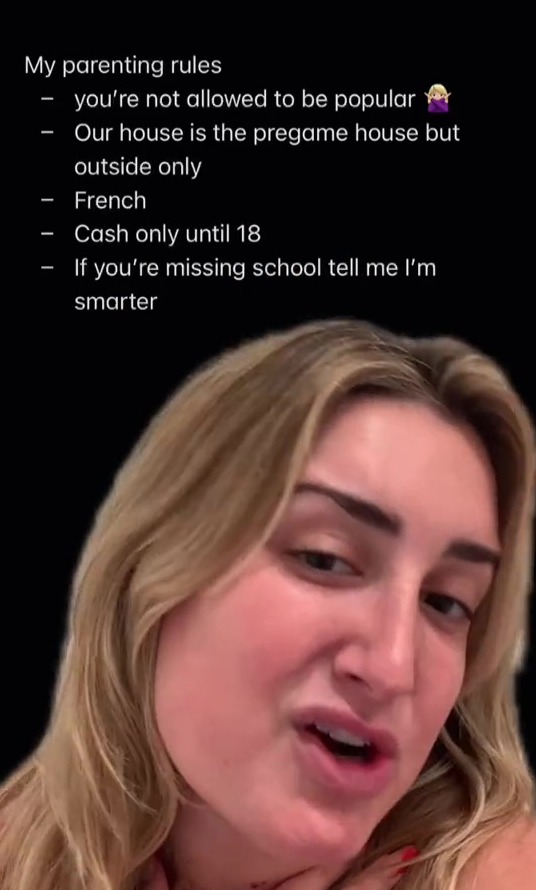 Audrey Peters uploaded the list on TikTok, claiming she will not be a ''regular mum''.

First off, according to her, is not being popular.

''It is scientifically proven that people who pee in middle school and high school are losers for the rest of the life.

She went on to explain that she would like her future kids to experience all the ''pain and humiliation'' she went through growing up, as she believed it to be ''character-building''.

That being said, Audrey added that she also wouldn't want her children to be ''total losers''.

''So our house is going to be the pregame house – always.

''If you're drinking, I might as well be watching and making sure you're not dying.

''They might as well be supervised by moi,'' she said.

''Outside only pregames at my house because I refuse for vodka to spill on my expensive furniture.''

Audrey, whose mum is Lebanese and grew up speaking French in the household, also has very strong opinions about being monolingual – ''it's embarrassing''.

''I will only speak French with my children in my house,'' she explained.

The aspiring cool mum also claimed her kids would not touch credit or debit cards until the age of 18.

''It's just so much easier to spend money when you're swiping a card, versus like counting cash.

''If they're anything like me,'' Audrey said, ''They definitely can't handle a credit card.''

When it comes to studies, the famous TikToker already has everything figured out – if the children plan on skipping classes, she doesn't care.

''Tell me, at least I will come up with a better excuse," she said.

Viewers were impressed and agreed, with one writing: ''This is literally the smartest thing ever.''

''The monolingual thing is so true I’m like half fluent in French and even that’s better than nothing to pass onto my kids,'' another agreed.

''Helps me not impulsively shop online since I needed a card for it.''

A parent commented: ''Me as a mom… these rules check out lolololol.''

Plus, a woman has revealed how she and her husband use a secret code to communicate with each other when parenting.

Meanwhile, a strict mum has revealed the set of rules she has for her daughter, including making her wear shorts under skirts.

In other parenting news, these are the mistakes that are making your kids entitled nightmares. 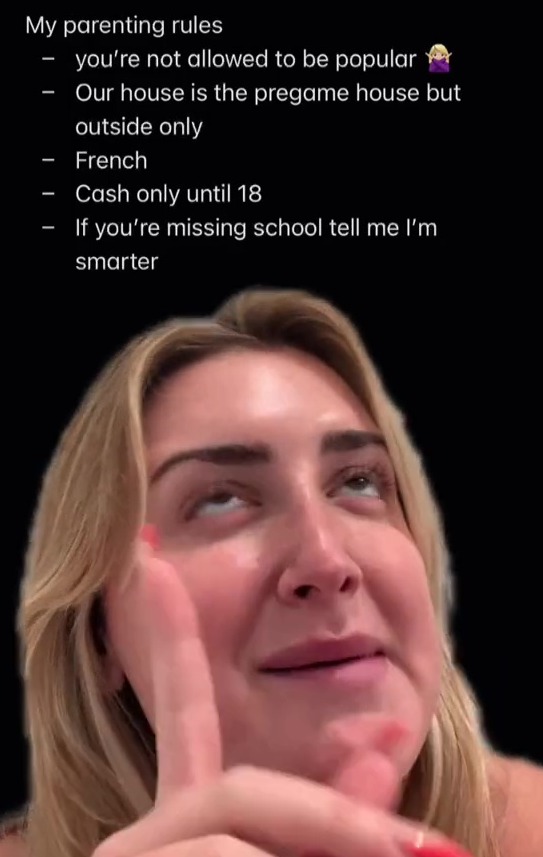