Home » Fashion » In a Big Year for Games, These Players Are Shifting the Culture

It should come as no surprise that 2020 was a monumental year for the video game industry. While other business sectors saw revenues shrink and storefronts close, gaming companies have profited over these many months when millions of people have been spending more time at home.

Some of those people were always gamers, but the year has also drawn a new crop of players. Streaming platforms like Twitch, previously reserved for competitive gamers and fans, grew to host chess grandmasters and politicians making campaign stops. Sellers on Amazon and other online marketplaces began listing the Nintendo Switch, released in 2017, at jacked-up prices in the early months of the pandemic to match an unexpected surge in interest. And now, demand for the new consoles released by Sony and Microsoft has made them nearly impossible to buy (unless you want to pay a premium).

The year also delivered several blockbuster titles and surprise hits. Animal Crossing: New Horizons became a virtual social hub. Cyberpunk 2077, long hyped as the game of the decade, arrived with bugs and less flash than anticipated; many players have since demanded refunds from its maker, CD Projekt Red. Meanwhile, the PlayStation hit The Last of Us Part II, which centers queer women (including the game’s main character, Ellie) and features a transgender character, broke sales records for Sony, selling over four million copies in its first three days.

But less remarked upon are the gains that individuals — players, designers, voice actors and activists, many of them women — have made in the gaming world. 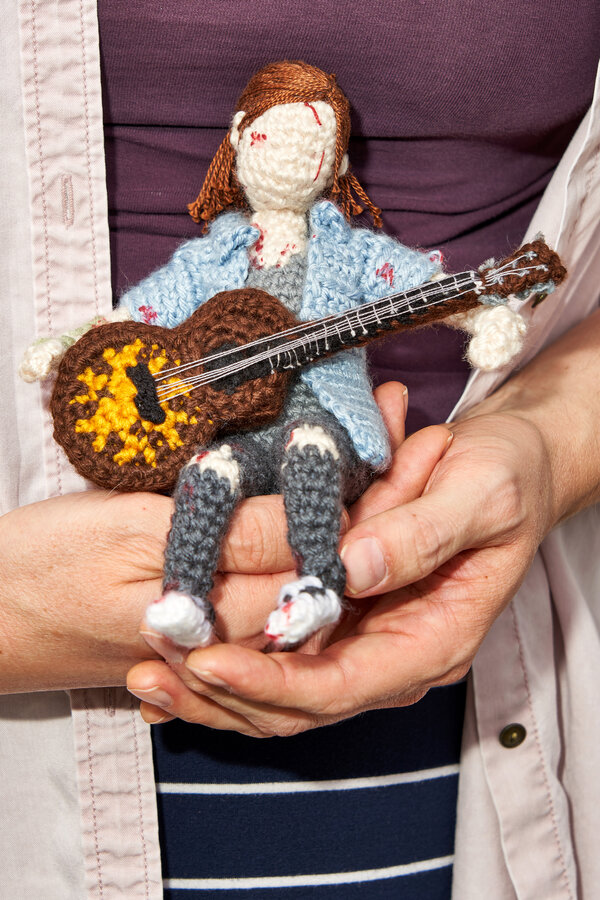 Emilia Schatz, a designer at the studio Naughty Dog, was one of the leads in creating the world of The Last of Us Part II. In all her work, she aims to expand players’ minds and empathy.

“Among storytelling mediums, games especially excel at their ability to immerse the audience in the identity of the protagonist and the problems facing the world they live in,” she said.

“For players immersed as a protagonist who is a different sex, has a different skin tone, or just a different perspective from themselves, if that portrayal is authentic and human, there is a real opportunity for empathy and understanding,” she continued.

In The Last of Us Part II, Ms. Schatz said, depicting queer and transgender people in roles often filled by cisgender male characters was important to her, though she anticipated criticism. “As a trans person myself, I’ve built up armor based on how I know some people can treat people such as me,” she said. “I expect nothing different for the characters I help bring to life.”

The Last of Us Part II was also praised by many in the disabled gaming community for its vast suite of accessibility options designed to make the game more approachable for players with limited eyesight, those who are deaf or hard of hearing, and those who have limited mobility.

As more games take steps to welcome disabled players, and more adaptive controllers allow people to play games regardless of their disability, more people are creating space for themselves in gaming culture.

Nyree Stevens, a quadriplegic gamer and a member of the Quad Gods, a team of quadriplegic players, said that even complex games like Fortnite, which require rapid, intricate inputs to switch between functions like building and shooting while moving and aiming at enemies, are accessible to her thanks to a special controller.

“My equipment is called the QuadStick, which I use by mouth being I have no function in my arms, and it has different pieces that you might have to either sip in order to move or pump in order to do something,” she said. “It’s pretty exciting because I would never have thought I’d be able to play a game using my mouth.”

For now, though, most players still assume that the other avatars they encounter in games like Fortnite are being played by nondisabled people. “I know certain people that, playing the games, they would never think that a person with a disability is behind the character that’s winning,” Ms. Stevens said.

Even more than blockbusters, indie games have sought to address inequities in gaming. Rosa Carbo-Mascarell, a game designer in London, created A Woman Goes to a Private Industry Party based on her experience with networking in the games industry. She made the title during one of gaming’s #MeToo waves, in an effort to call attention to the fact that sexism in the industry is a systemic problem, not one that can be solved by ousting a few high-profile abusers.

“It’s the everyday misogyny that hurts the most,” Ms. Carbo-Mascarell said. “Every sexist remark or awkward comment cuts like a tiny daily paper cut until eventually we leave the industry hurt and sore. That’s what I wanted to show with my game.”

Gamers are also leading organized labor efforts within the industry, especially as studios face increasing scrutiny for the practice of crunch — extended stretches of mandatory overtime as games approach release.

Sarah Elmaleh participated in a nearly 300-day strike among voice actors in the video game industry as the SAG-AFTRA union pressed for better compensation and working conditions. “I think both sides came out of it with a shared desire for a more harmonious and open-channel way of moving forward,” she said.

Last May, she noted, more than 150 employees at Riot Games participated in a walkout to protest the studio’s use of forced arbitration and what some employees argued was a sexist company culture. “It feels like the attitude toward and interest in unions has shifted dramatically post-actor strike, as well as from some persistent labor coverage from games journalists,” Ms. Elmaleh said.

Others are making an impact on gaming culture simply by putting themselves in the public eye as players and competitors. Kishonna Gray, the author of “Intersectional Tech: Black Users in Digital Gaming,” has studied how women, particularly Black women, make use of platforms like Twitch, and the challenges they face when doing so.

“Many women say they have to wear revealing clothing to maximize their followers. Some say they have to modify their content but guys don’t see their contributions in gaming as valuable,” she said. “On the flip side, many women remark at the autonomy and power they have to control their own content.”

She noted, however, that “streaming platforms still privilege white men.” And even those women who don’t take up livestreaming with an eye toward political change often find that their presence in that cultural space takes on a political dimension whether they want it to or not.

“While Black women may not set out to be involved in activism,” Ms. Gray said, “some of them say that the existence of their bodies in spaces not constructed for them automatically makes them activists because their presence is changing the space.”

Benita Novshadian has been involved in competitive gaming for over 15 years. “The e-sports scene for women right now is the biggest it has ever been,” she said.

Ms. Novshadian said that the opportunities for women to compete in her games of choice, the 1999 shooter Counter-Strike and its 2012 iteration, Global Offensive, have increased since she started playing.

“We used to have one tournament a year that all the women looked forward to competing in,” she said. “Now, there are about four to six tournaments held a year for women to compete, with much larger prize pools.” She also credits Riot Games for holding all-women tournaments with large prize pools for its new competitive shooter, Valorant.

With support for female competitors like this from some of the biggest power players in e-sports, Ms. Novshadian is hopeful for a future in which her gender will be largely seen as incidental. “Throughout the years, I have learned that not only do I want to be one of the greatest female e-sports athletes,” she said, “I want to be a great competitor regardless of gender.”

Anita Sarkeesian and Carolyn Petit are the co-hosts of Feminist Frequency Radio.