Earlier this year she debuted her new figure in a series of posts to her 1 million Instagram followers, declaring that following her 21lb weight loss she had “never felt so body confident”. 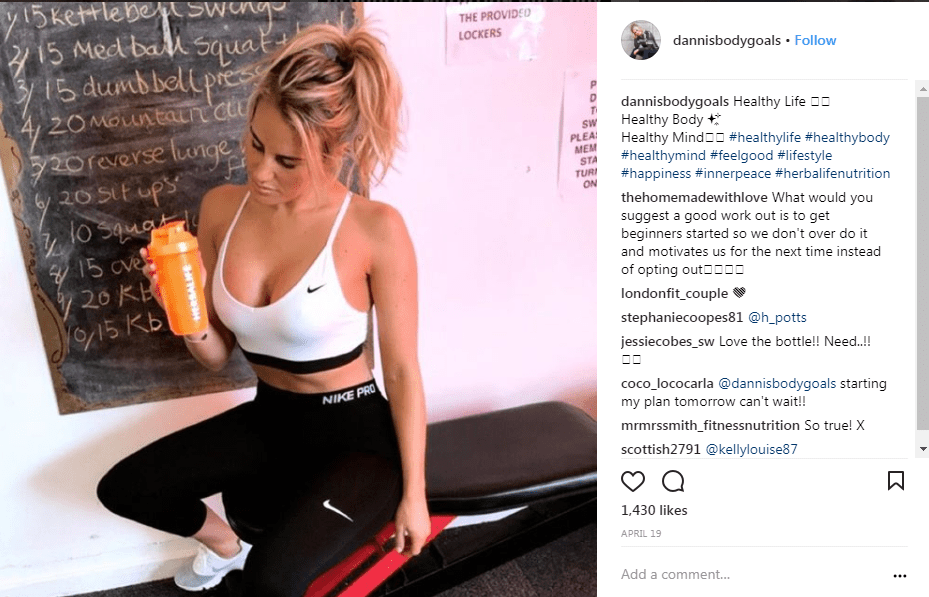 She claimed it was down to Herbalife, a nutrition brand that sells supplements, meal-replacement shakes made from soy and dairy proteins, energy bars, multivitamins and minerals tablets.

Danielle was so impressed, she recommended Herbalife to fellow Towie star Ferne McCann, who said that the meal-replacement shakes had helped keep her in shape during her pregnancy – and she in turn has encouraged her followers to sign up as a member of the company's worldwide club.

And Towie stars aren’t the only ones giving Herbalife a publicity boost in recent months.

Model Emma McVey credited them with helping her shed her baby weight within 10 days of giving birth to baby son Chester in January, and last month Kerry Katona claimed that she had lost three stone by drinking Herbalife shakes for breakfast and lunch.

Ronaldo has also endorsed it, and while he was playing for LA Galaxy, David Beckham wore a shirt sponsored by the brand. 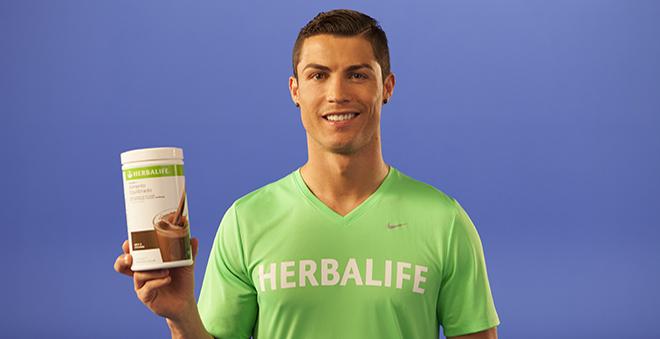 Yet behind this glossy façade troubling questions have been asked about the multi-billion pound company.

It's been accused of being nothing less than a pyramid scheme – a model in which members are paid for recruiting others rather than selling products – propped up by some of the high profile names they get to endorse their products.

Not only that: others have claimed that Herbalife might even cause long term problems – over the years the company’s products have been linked to lead poisoning, liver damage, and hepatitis. 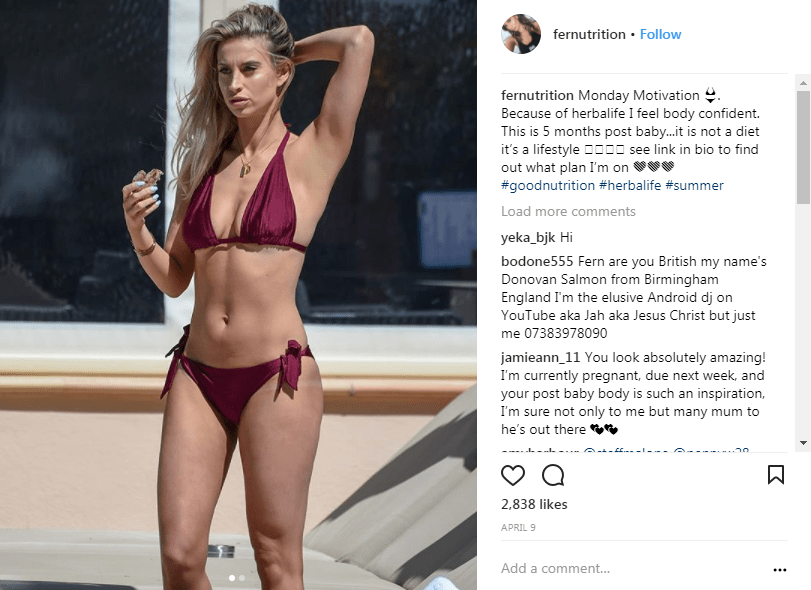 Herbalife is a long way from its humble beginnings.

It was founded in 1980 by diet product salesman Mark Hughes who formulated his own protein shake.

The business which he first ran from the boot of his car quickly snowballed, its product range expanding into protein bars, teas, aloes, vitamins and sports hydration drinks. 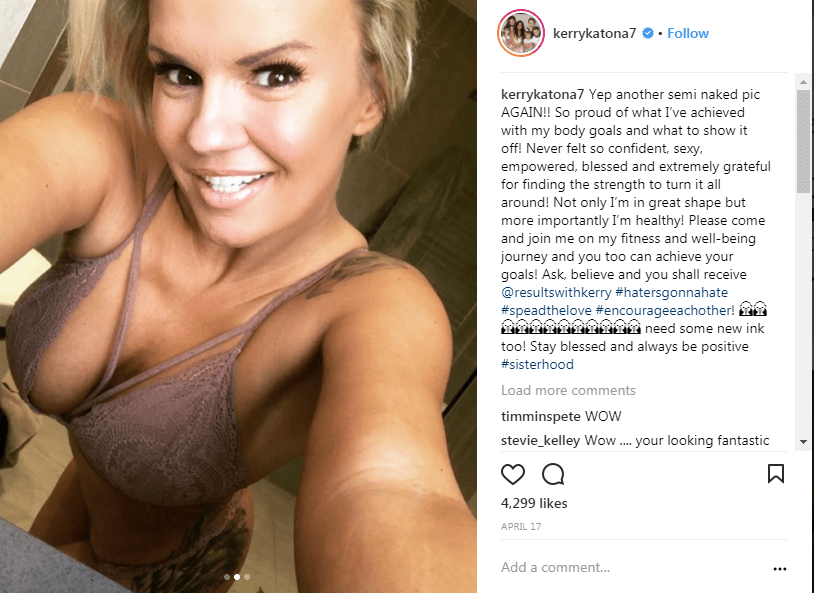 None of Herbalife’s products, however, are available in shops: from the very beginning, Hughes structured his business as a direct-selling company, peddling his products to the public through a network of members.

Nothing wrong with that: plenty of other companies – such as cosmetics giant Avon – have the same model. 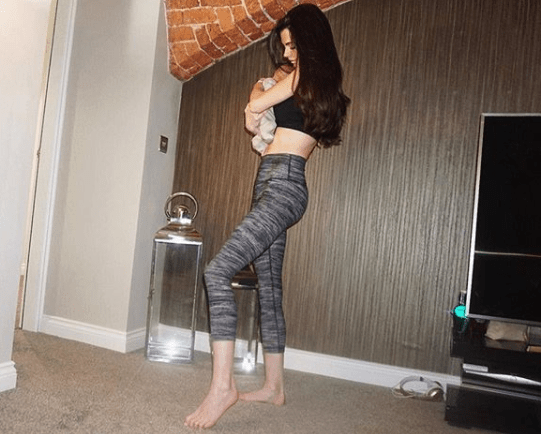 Where Herbalife has attracted criticism however, is in their own particular version of the model.

In the past, members would receive money not just from selling products, but also from bonuses following sales made by new members they had recruited to the brand – hence the pyramid scheme comparison.

In short, the more Herbalife protein shakes that members bought, the more money they made.

You could, its ambassadors boasted, earn enough within a month to walk away from your job, work from home and earn thousands. Possibly. 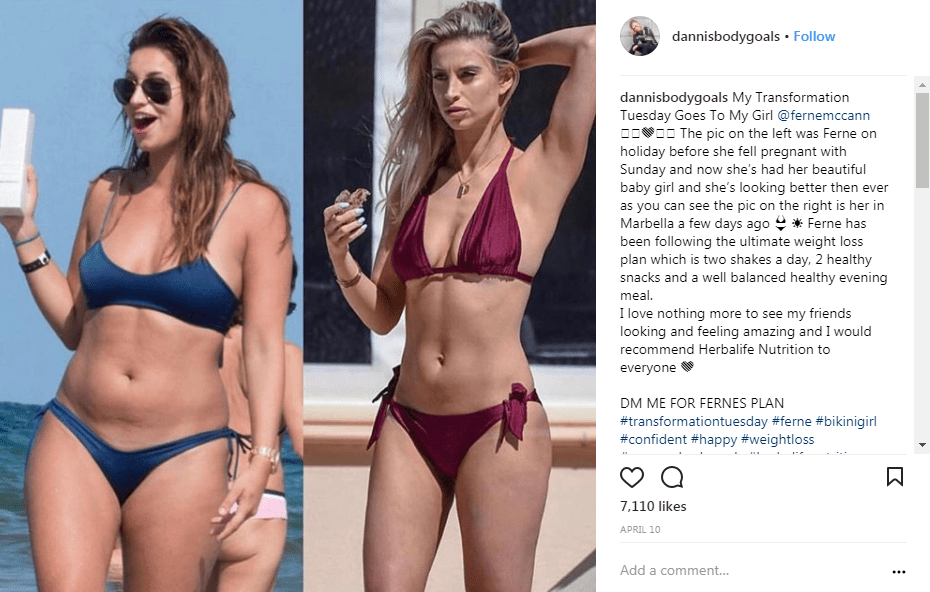 The reality was often a bit different: recruits needed to buy several thousand dollars’ worth of shakes and supplements before these bonuses kicked in.

And the risk was that if you didn’t drink or resell the shakes you buy, or return them within a specified window of time, you will be stuck with them.

It’s a model that saw the company become subject to a two-year investigation by America’s Federal Trade Commission four years ago.

While they stopped short of branding Herbalife a pyramid scheme – it ruled that it had operated unfairly, cheating hopeful salespeople out of hundreds of millions of pounds with its high-pressure multi-level marketing scheme. 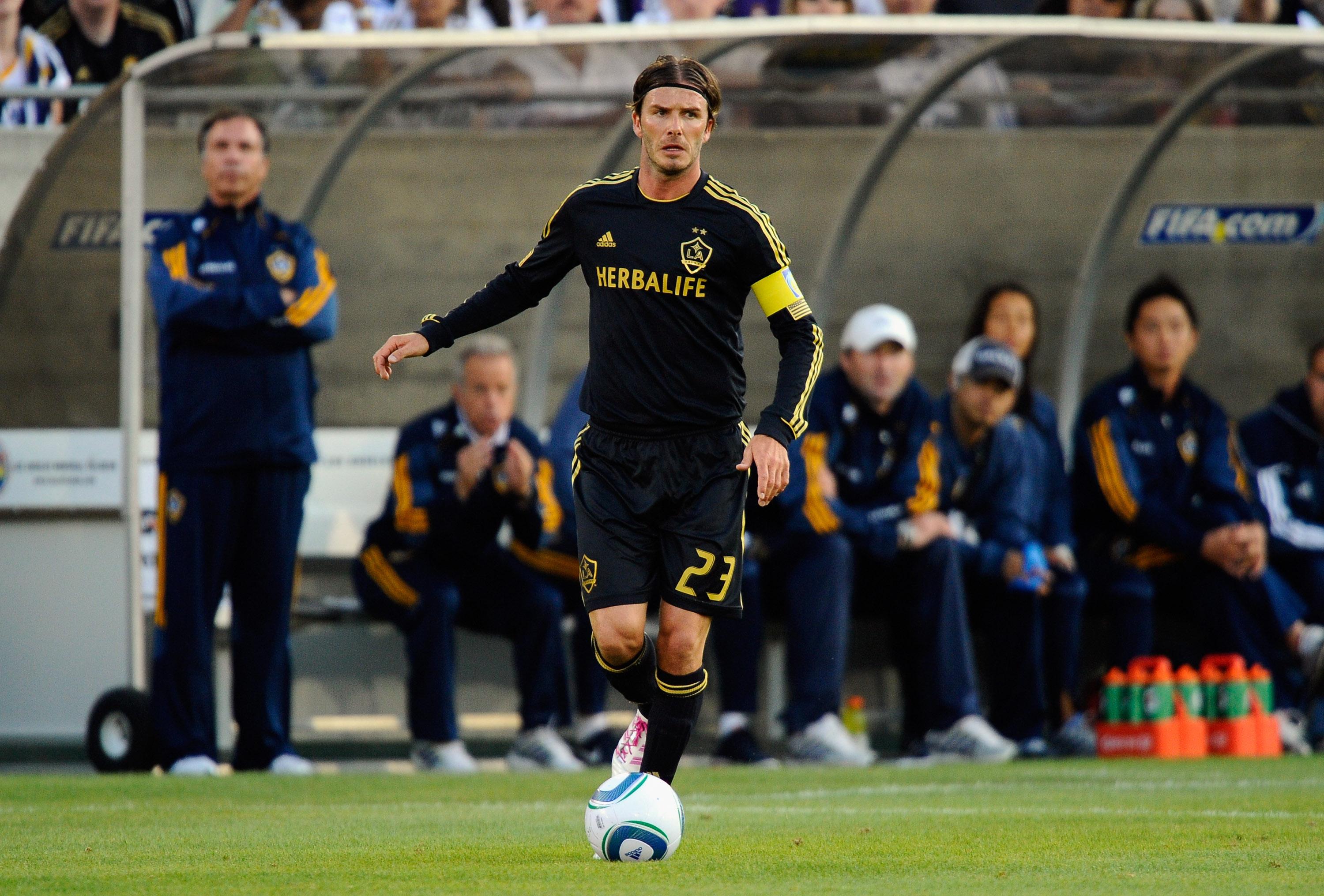 “The average amount that more than half of the elite members known as 'sales leaders’ received in a year for recruiting others into the Herbalife program was less than £220, FTC chairwoman Edith Ramirez said, branding Herbalife’s sale of a “dream” career working from home as “an illusion”.

“Far more made nothing or lost money on their initial investment”.

Herbalife was ordered to pay £147 million compensation and told to revamp their compensation structure so that distributors are rewarded for what they sell, not how many people they recruit.

The ruling did little to quell the fears of some that Herbalife still peddled unrealistic dreams to those who could least afford them, among them US television presenter John Oliver, who devoted a half hour programme to Herbalife.

“And a lot of that growth has come from Latino communities, where Herbalife has been aggressively expanding for years.” 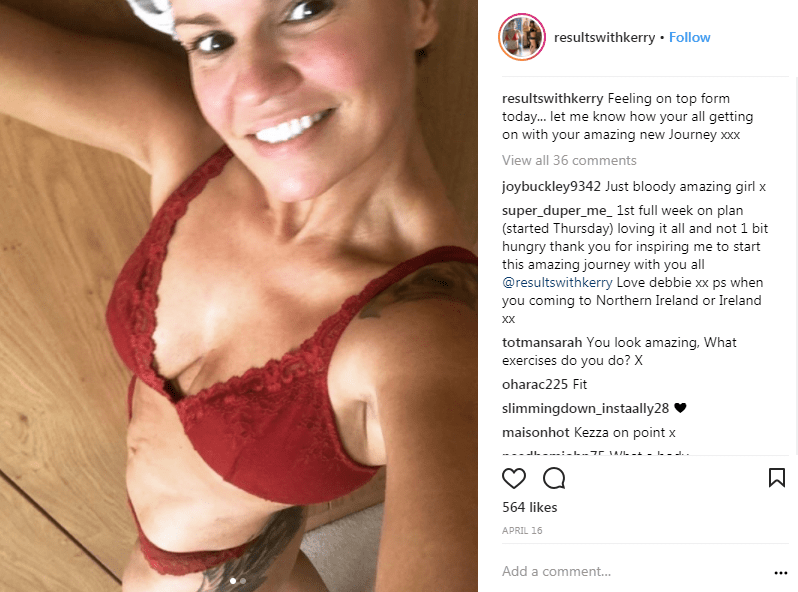 Nor has it stopped any number of people taking to social media forums to complain about the aggressive tactics used by Herbalife members, who in general spend £50 – £100 a month on products.

One page on Facebook is called “We hate Herbalife”, while over on Mumsnet there are no shortage of people lambasting what they call a “weight loss cult” which pressurises members to recruit others.

“I am on the verge of falling out with a friend as she is on at me non-stop”, says one. 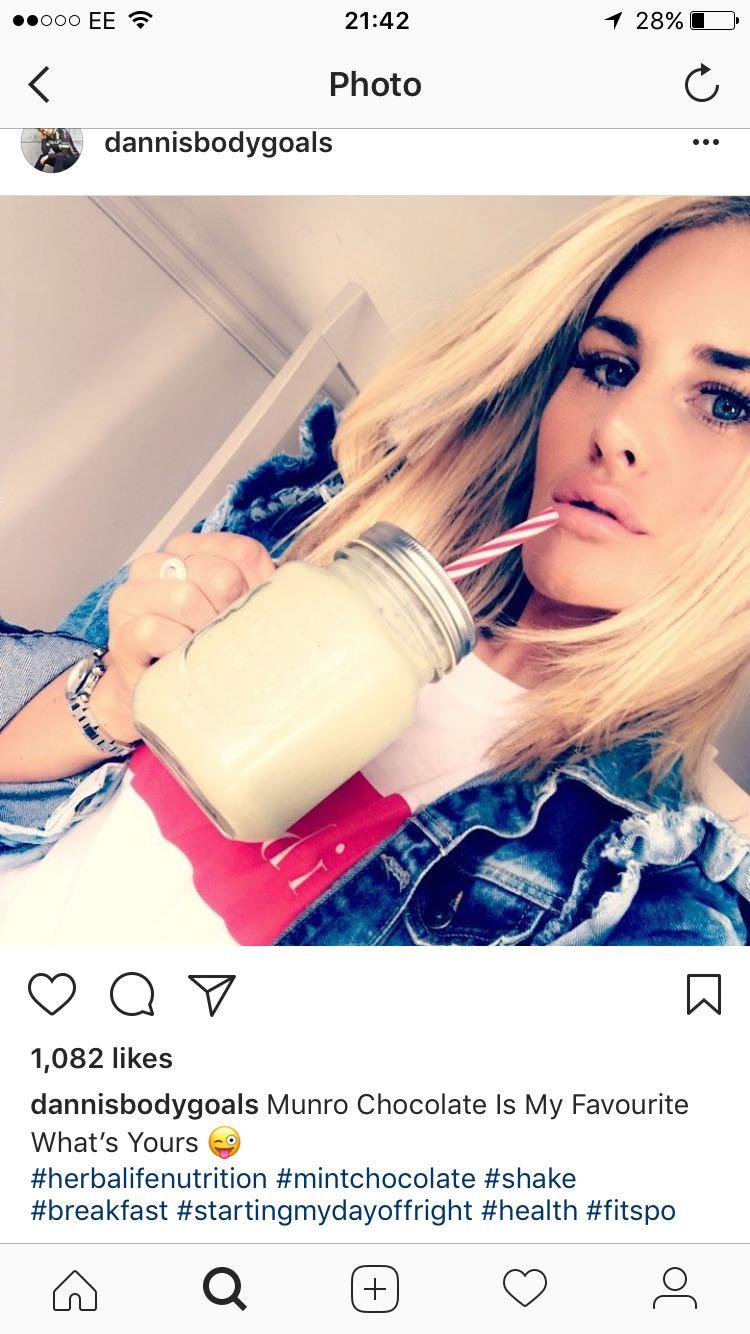 Another, on the same site, laments what she calls the “dangerous sh*t” espoused by a Herbalife Ambassador in her office.

“We have a qualified nutritionist on-hand, who will give us plans for free, based on lifestyle, height, age, health conditions etc.

“Crazy Herbalife woman constantly tries to undermine her. At one point she was telling the diabetic to ignore her doctor, start with the shakes and they will ‘cure her,’” she posted. 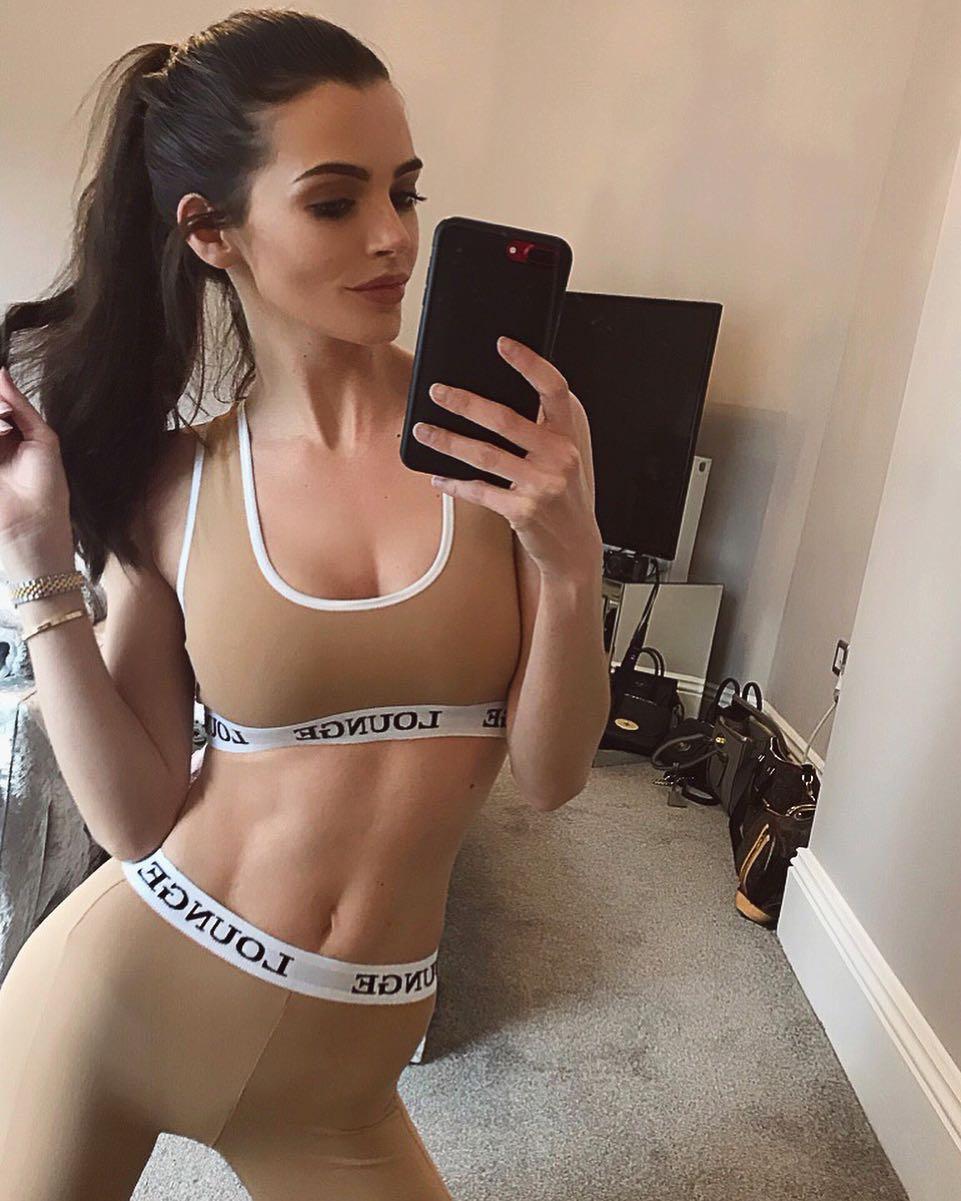 Some believe Herbalife to be far from healthy – linking them to a host of medical issues.

In 2004, Israel's Health Minister began an investigation into Herbalife's products after four people using them were found to have liver problems, with a Ministry of Health funded-study concluding a “causative relationship” between the two.

After the tests, Herbalife withdrew one product which was only marketed in Israel.

Then, in 2007 doctors at the University Hospital of Bern in Switzerland and the Liver Unit of the Hadassah-Hebrew University Medical Center in Israel found an association between consumption of Herbalife products and hepatitis.

However, a 2013 study published in the World Journal of Hepatology found there wasn't conclusive proof of a link between Herbalife products and blood or liver poisoning.

Several academic papers meanwhile, have focused on the possibility of a link between Herbalife and drug-induced liver injuries, although no definitive relationship has been established. 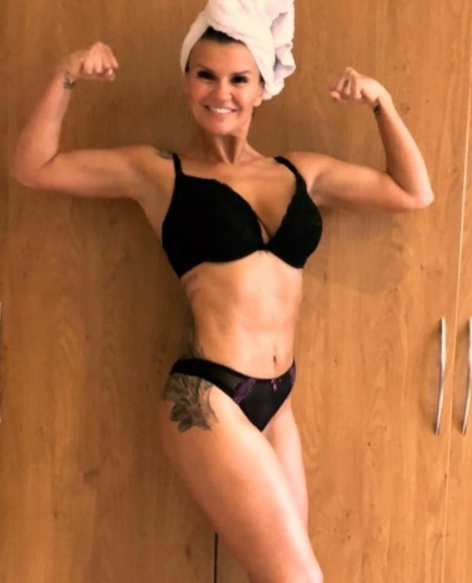 "There’s no doubt Herbalife is extremely well-marketed but I have concerns about who the distributors are,” she says. “What is their training? Are they really qualified to be recommending nutritional supplements to the general public and what is their motivation?”

“I’m not a big of fad diets, which is how I would characterise this programme,” she says.

“There is nothing magical or clever about their weight loss products however – they are simply very low calorie.

How nutritional are Herbalife products?

“For a start it contains 21g of sugars per serving which is more than two thirds of an adult’s recommended daily sugar intake in just one meal", says nutritional therapist Michelle Lake.

“The protein content, meanwhile, comes from the highly processed soy protein isolate – and though soy in its whole form such as tofu, miso and tempeh can be part of a healthy diet, soy protein isolate is found in lots of processed foods and is now one considered one of the top ten allergenic foods worldwide.

“Many of the vitamins and minerals found in the drinks are not in readily absorbable forms such as magnesium oxide and zinc oxide.

“The drinks are no replacement for healthy meals made with real foods. They are not a long term solution.”

“The problem is that if you reduce your calories significantly then you will lose weight quickly – but by doing this your Basal Metabolic Rate (BMR) – the rate at which you burn calories – will slow down, making it harder to keep the weight off.”

Michelle also has concerns that their bestselling Formula 1 “healthy meal” shake mix is anything but.

“Consumers will not be getting as many health benefits as they are led to believe."

But it seems like whatever the naysayers, nothing will stop Herbalife’s apparently relentless rise in profits – or popularity – helped, of course, by its many celebrity fans. 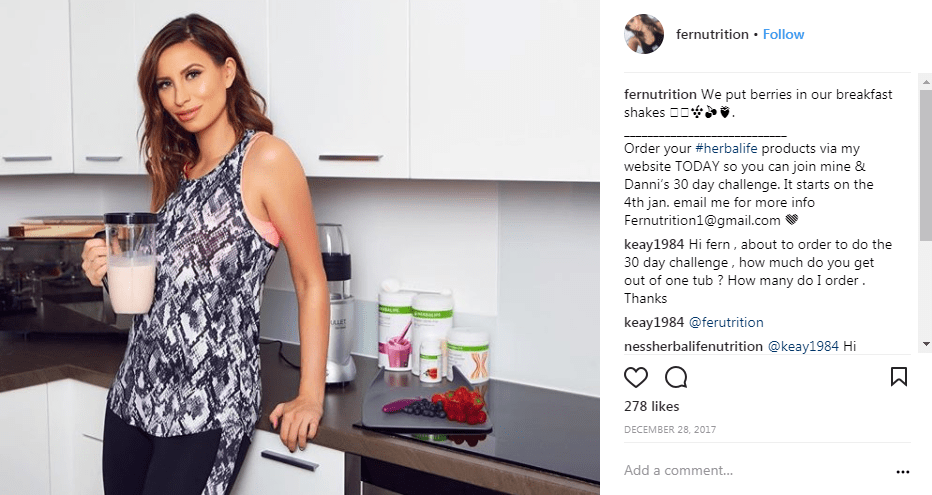 “They are compensated only when products are sold and never for the introduction or recruitment of new Members; as such they do not receive any salary or sponsorship fees.

“There is a small fee to become a Herbalife Nutrition Member and receive product discounts, which comes with a money back guarantee.

“Meal replacement shakes, such as our Formula 1, have been proven by clinical studies to be effective for managing weight when used as part of a calorie restricted diet along with moderate exercise.

“One serving of Herbalife Nutrition Formula 1 contains roughly the same amount of fructose found in an apple and the soy protein provides the full range of essential amino acids, whilst being more environmentally-friendly than and not containing the saturated fat and cholesterol found in animal protein.

"Every day millions of consumers safely use our products around the world and no known hepatotoxins have ever been found in our products."

She is, undoubtedly, a glowing advert for their products.