“He seemed so happy,” she remembers. “We’d laughed so much and Gary loved entertaining the kids. It was such a fun day.” 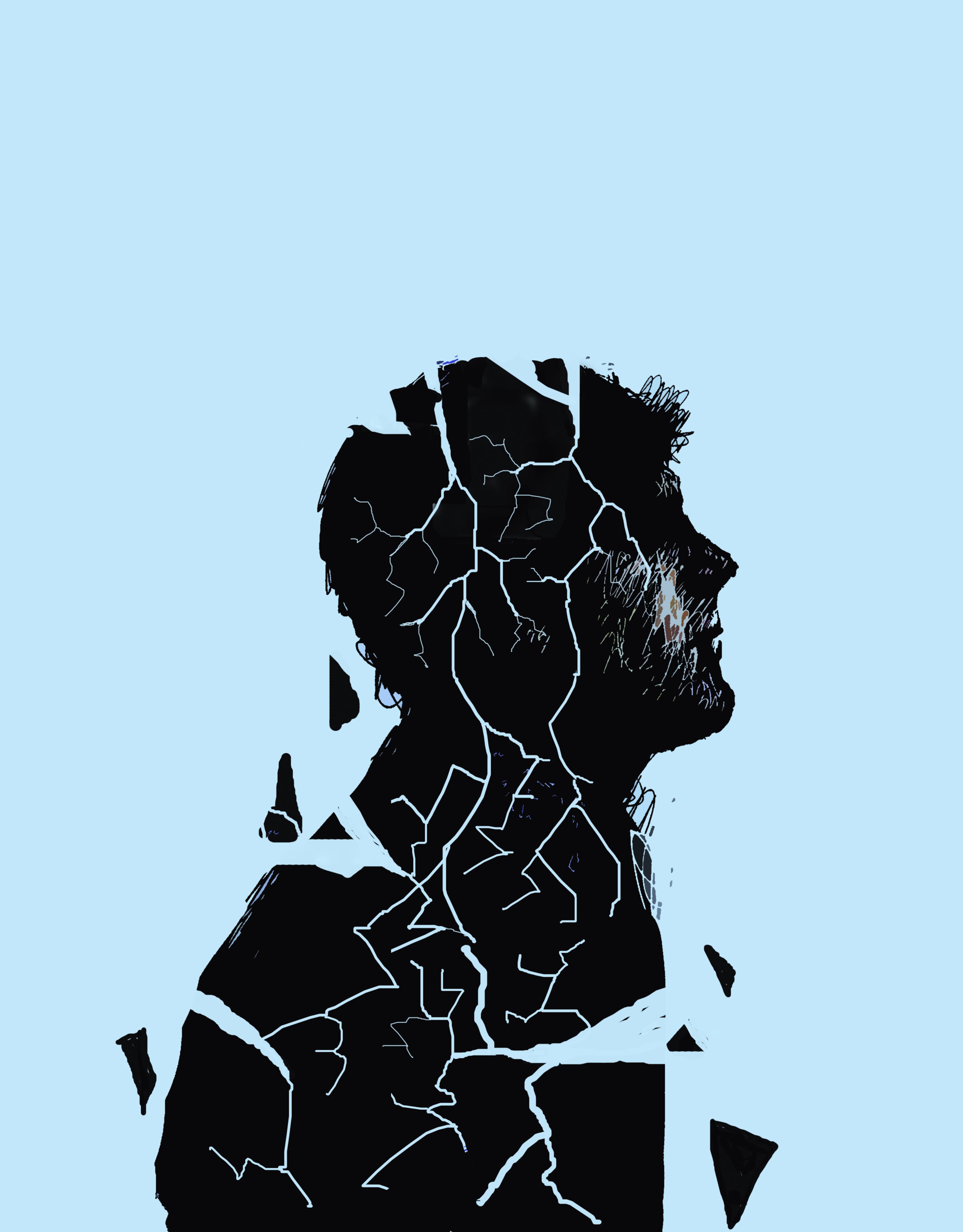 However, just 24 hours later Gary, 44, slipped out of the house and took his own life.

“If he’d died from a heart attack I might have found it easier,” admits Julie, 45.

“You have your answers. With suicide, there are none.

“Gary left no clues that he felt so low he’d even consider suicide.

“Instead, I’ve been left with overwhelming guilt and the question: ‘Was there more I could have done?’”

Male suicide in Britain has become a national crisis.

So much so that Coronation Street chose to tackle the issue last month in one of the most harrowing storylines in its 58-year history.

Latest Samaritans figures show that 75% of those who take their own lives in the UK and Ireland each year are men, which works out as 84 male suicides every week.

It’s the biggest killer of British men under 45*, with high-profile international victims in the last year including DJ Avicii, 28, and Linkin Park front man Chester Bennington, who died at age 41. 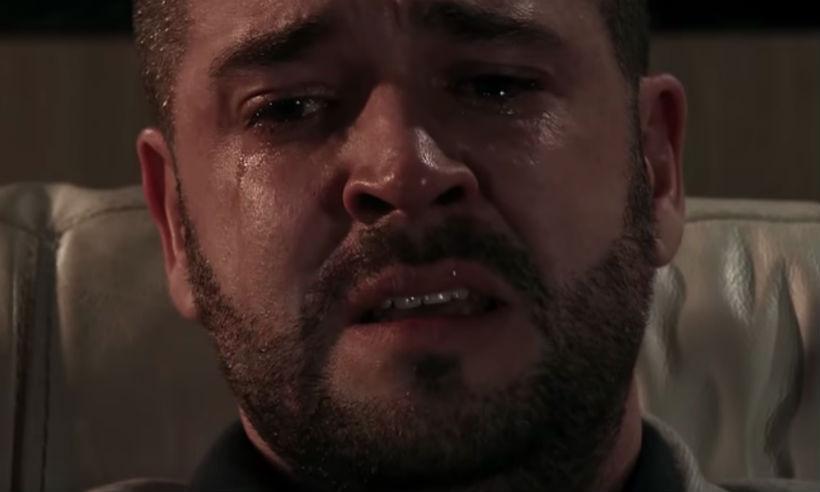 “From a young age, society indoctrinates boys into thinking that discussing their feelings is a sign of weakness,” explains psychologist Emma Kenny.

“Many men carry this with them into adulthood and when life gets tough, they are afraid to open up.

“They don’t speak to anybody and suppress their emotions to such an extent that it’s like a pressure cooker. In the end, suicide can seem like the only release.”

Julie, from Norwich, is still coming to terms with her fiancé’s death. “I thought Gary and I had the perfect life,” says the beautician.

“We’d been together eight years after meeting at a club and were due to marry in September this year.

“He was such a loving man.” 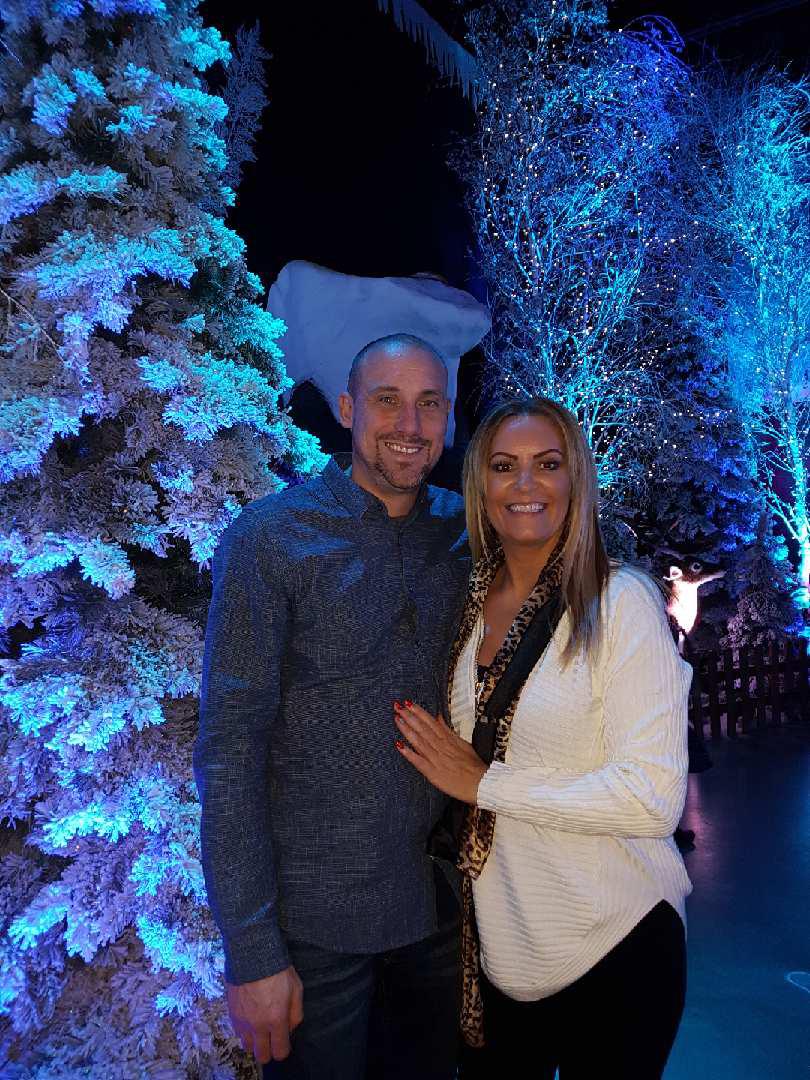 Although he sometimes suffered with anxiety and low moods, mechanic Gary never told anyone that he was feeling suicidal.

“I knew when he was down as he’d go quiet for a couple of weeks,” remembers Julie.

“The anxiety would hit mainly if he went to busy places.

“Gary used to say his head was like a fruit machine and would spin round and he couldn’t switch it off.

“I’d do what I could to encourage him to talk about it, but he was a typical man and didn’t like to burden anyone.

“I wish I’d pushed him more, but I really thought that he was coping. He masked it well.”

In March 2016, Julie encouraged Gary to see their GP about his anxiety. 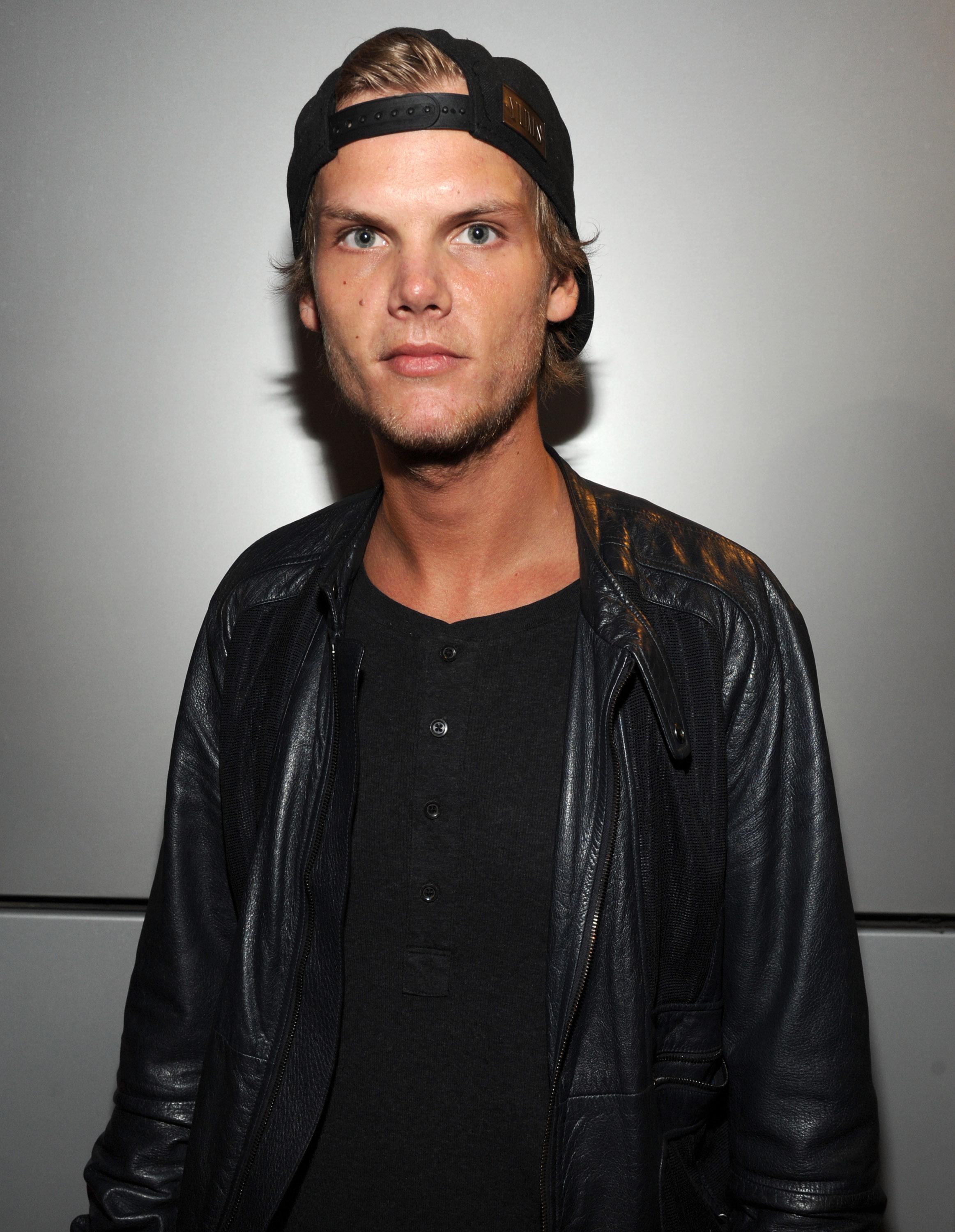 “He was put on antidepressants and referred for fortnightly counselling,” she remembers.

“He never talked about his sessions, but they seemed to be helpingas his low moods lessened.

“His outlook became really positive and I thought he was doing really well.”

But then on Christmas morning 2017, Gary left their home while Julie was visiting her daughter Kelsey.

When she came back in the early afternoon, he was nowhere to be seen.

“I went into the bathroom and could see the basket we kept full of painkillers was missing,” remembers Julie.

“I had a nagging feeling he might have done something daft, but I told myself not to be silly.” 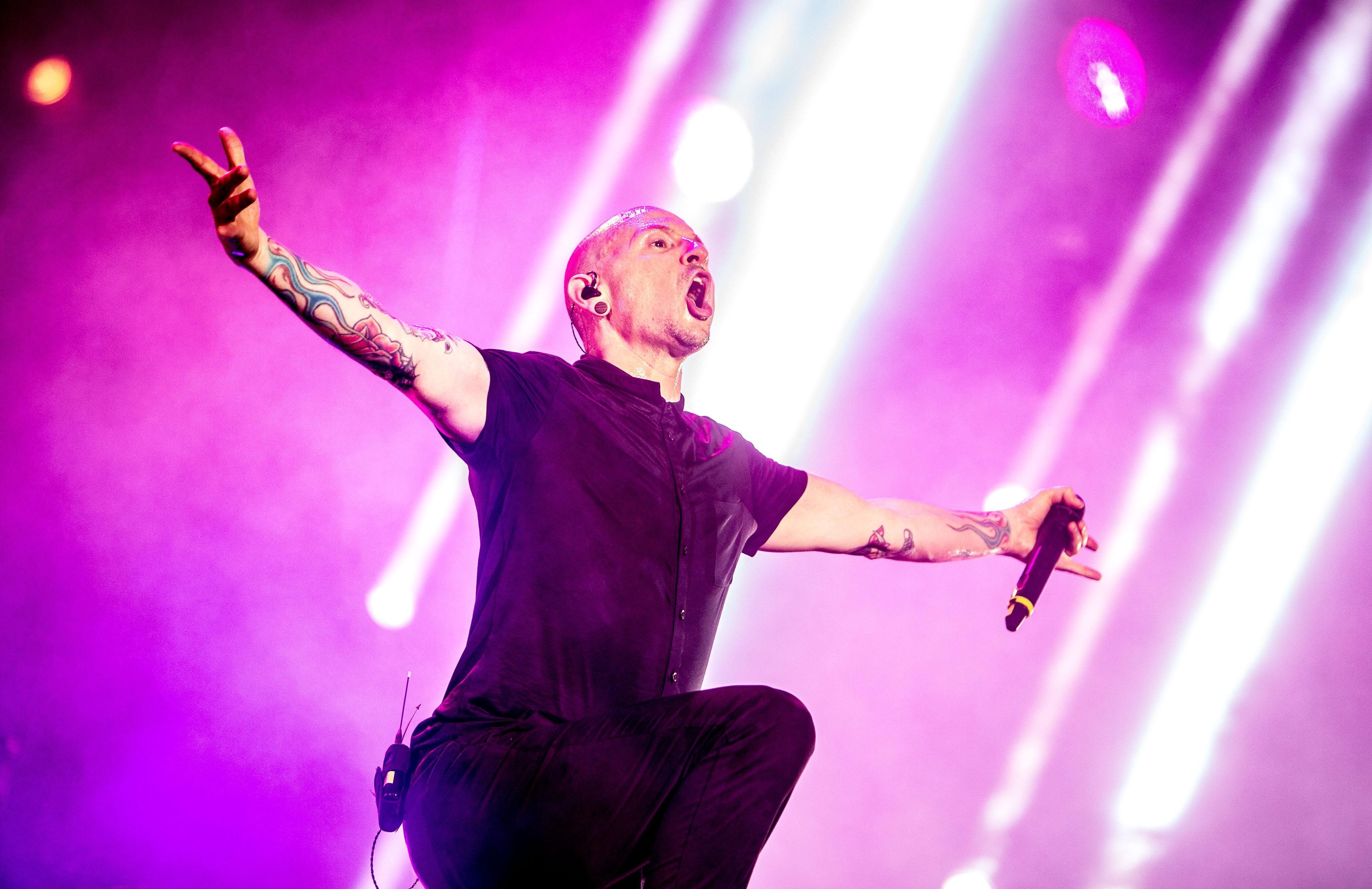 Julie rallied friends and family to help look for Gary, and eventually a group of them, including one of his daughters, found him unconscious at his work garage.

Gary was quickly taken to Norfolk and Norwich University Hospital by air ambulance.

“I rushed to see him,” Julie says.

“He was in critical care and the doctor gently told me he wasn’t going to make it. Within minutes, Gary was dead.”

Back at the house, he had left a note for Julie, simply saying that he loved her.

In the days that followed, Julie had to not only break the tragic news to all their family and friends, but also set about cancelling their wedding.

Instead of seeing her husband-to-be in his suit at the altar, she buried him in it.

I really thought my fiancé was coping

“I still find it hard to believe Gary has gone,” she admits.

“Even his doctor was shocked as he seemed to be doing so well.

“Some days I imagine what life would have been like if he was still here – but my whole future will be different now, which is just so sad.”

According to Stephen Buckley of mental health charity Mind, there are several reasons why men might consider suicide.

“We know there is often an economic factor,” he explains.

“Men are more likely to commit suicide if they are made redundant, or if they are unemployed.

“In younger men it might be the pressure of university or leaving home for the first time.

“And while social media can be a fantastic support for those suffering from mental health issues, it can also have a negative impact due to trolls.”

Simon Foxley, 21, took his own life in September 2011 after being bullied on Facebook. 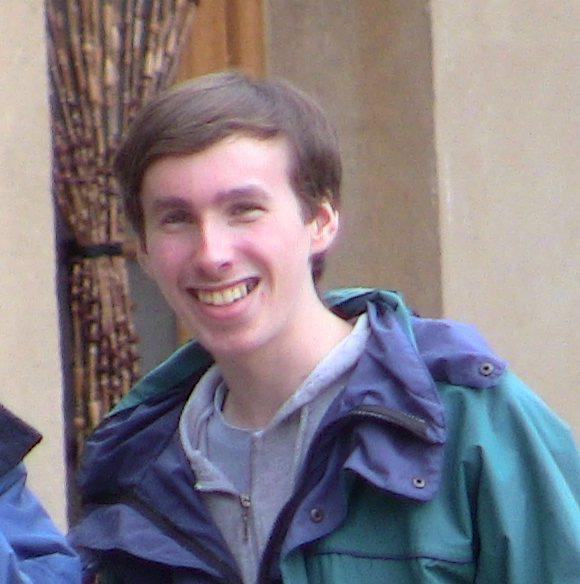 “He kept himself to himself and was very reserved about his feelings,” remembers his brother Gary, 30, a youth support worker.

“He’d never had a girlfriend, but shortly before he died he became interested in someone. Then he started getting abusive messages on social media when others found out.”

“I thought I really knew my brother,” admits Gary. “We had a normal life growing up. David, Simon and I swam together, played badminton and went go-karting. He was annoyingly competitive and always beating me. We used to also spend a lot of time on the PlayStation, but Simon liked his own space, too. He’d spend hours in his bedroom listening to music.

Online trolls told my brother to go and die

“In the year before he died, I didn’t spend as much time with him as I’d been away at university.

“Even so, it’s still so hard to understand why he didn’t talk to any of us.

“None of us had a clue he was depressed.”

Simon’s body was found hanging in the garden of the family home in Hyde, Gloucestershire, by his father.

“David called me at uni,” Gary explains. “He was in such a state of shock that he said very matter-of-factly: ‘Simon’s dead. You’ve got to come home.’ 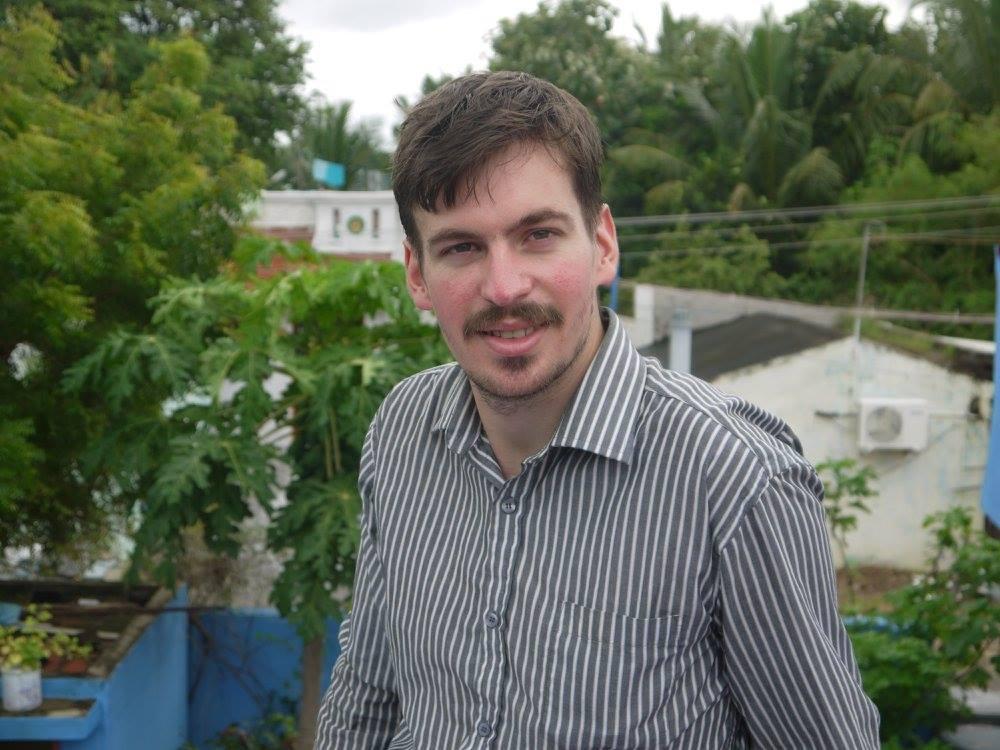 “That day is still a blur. I remember how devastating it was to see my parents. We were all broken.”

“We could see that the girl he liked had un-friended him and there was lots of bullying messages from these virtual friends, people he’d never even met or known,” says Gary.

“They said he was worthless and slowly we were able to piece together what had happened, which is obviously what Simon had wanted.

“The trolls didn’t know him, yet the last message just said: ‘Go and die.’

“It was hard to read that. You keep thinking if only he’d said something, perhaps we could have helped.”

“Every day is hard,” he says. “Despite what they said, we had no interest in trying to track down the trolls afterwards. We knew that they would never have said such awful things to Simon face to face, which is why we just want young people to really think about the messages they send on social media and the impact they could have.

“What’s so sad is that Simon had everything to live for.

“Weeks before he died he’d started a degree in music at The Academy of Music And Sound in Swindon.

“That’s why we need to combat this ‘masculine’ identity.

“From the moment we are born, boys are described as ‘big’ and ‘strong’. We are praised for being brave. For men, opening up about their feelings is the biggest hurdle.”

It’s clear this taboo needs to be shattered – but how?

“We need to start teaching boys from an early age about emotion, so they know how to open up if life becomes a struggle,” says Emma.

“Men have the same feelings as women, so it’s time we stopped judging them.

“People need to understand this is an epidemic we can actually do something about – so let’s start now.”

‘I was ashamed to admit I had a mental illness’

Gary Parr, 40, is an NHS worker and lives in east London with his wife Fran, 36, an IT project manager.

He says: “I first tried to commit suicide aged 19.

“I’d had depressive feelings since I was 10, but I had never spoken about them, and when I started studying biochemistry at Royal Holloway university in 1996, life just got too overwhelming.

“I’d moved from Northern Ireland to London thinking I’d feel independent, but instead I found it hard making friends and often felt alone.

“ One night I drank a lot of vodka and downed pills.

“In hindsight, it wasn’t a serious attempt, I just wanted people to know I was struggling.

“But all I ended up with was a horrific hangover and bad stomach ache. 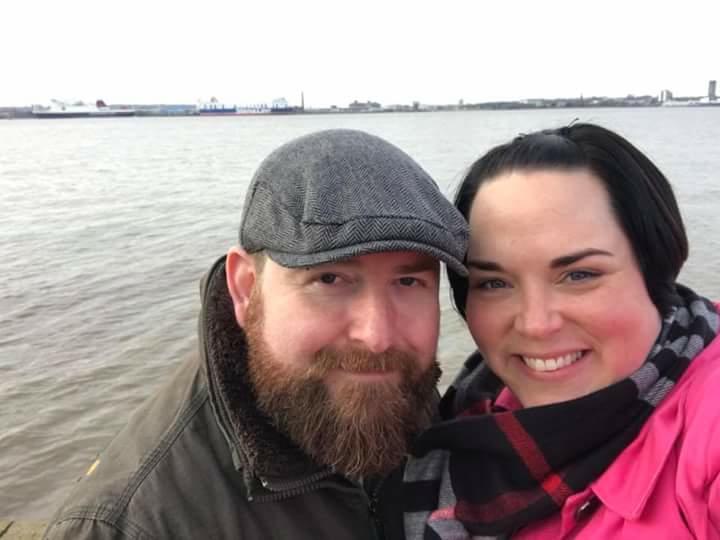 “I didn’t dare tell my family as I was so worried I’d disappoint them, but it scared me enough that I went to the university counsellor for help.

“However, I couldn’t bring myself to open up and instead dropped out at the end of my first year.

“I’d been offered antidepressants, but convinced myself I could get better without them and tried using self-hypnosis and meditation to help manage my depression.

“However, over the next 15 years I really struggled with my mental health.

“Some days I couldn’t face work or even get out of bed, but I thought I’d be judged if I ever admitted having depression or anxiety.

“It was when my mum died in March 2013, that my mental health went into a downward spiral.

“Desperate for help, I saw my GP and was diagnosed with mild depression and generalised anxiety disorder.

“I tried various antidepressant medications and therapy, but nothing worked. Over the months my condition worsened, but I was too ashamed to speak to anyone.

"In June 2014 I met my wife Fran and quickly told her about my depression.

“She was really understanding, but neither of us had any idea how bad it could get. On November 8, 2017, I attempted suicide again.

Some days I couldn't even get out of bed

“There was no specific trigger. I’d lived with depression and anxiety for more than 25 years and I’d reached a point where I couldn’t carry the burden any more.

“This time I was serious. I planned the whole thing with meticulous detail, booked a hotel to do it at and wrote notes to my family, which I planned to email.

“Only the shame of how my wife would feel finally stopped me.

“When I got back home that night, I told Fran and she was utterly devastated.

“Seeing how upset she was spurred me to finally get help and I checked myself into a private psychiatric hospital.

“I spent seven weeks there and slowly learned that I didn’t want to die – I only wanted to stop the emotional pain.

“When it was time to leave, I was terrified as the hospital had become a safe place, but I was also excited to face the world.

“I still have bad days, but thankfully Fran is so supportive and will talk to me about how I’m feeling.

“Like most men, I was a ‘suppress it and just get on with it’ type of guy.

“But being like that led me to a breakdown where I almost took my own life.

“It really shouldn’t have to be that way.”