Home » Fashion » Is it finally time for Australians to invest in proper wet weather gear? 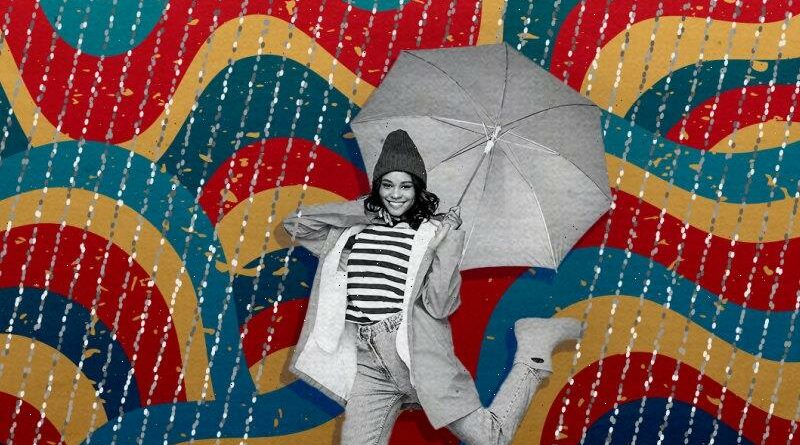 As Australia’s east coast trudges through its third consecutive La Nina, with more wet weather expected to hit later this week, it’s time we consider doing away with those flimsy supermarket umbrellas. Unlike countries in more rain-prone climates, Australians have never really gotten used to having wet feet – holding newspapers over our heads as we run through an unexpected shower or battling the wind with a cheap umbrella. 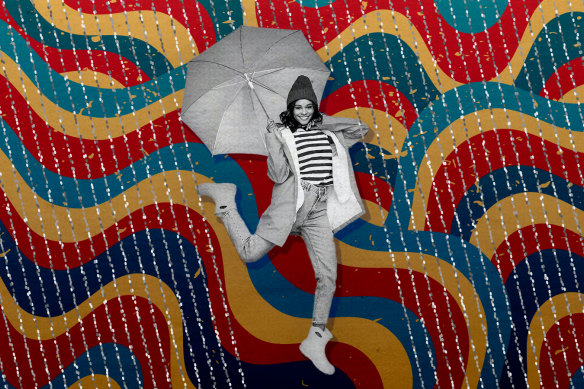 Now, it seems, things are changing. Australian online retailer The Iconic has also noticed demand for wet weather fashion skyrocket. In the first few weeks of July, the search volume for raincoats tripled from the previous month, while for gumboots shot up by 73 per cent. They note that for daily wear, consumers are still opting for closed toe shoes like loafers or even patent leather boots that still offer some protection from the rain.

Australian label Nimble launched a waterproof jacket in early 2021 and says it’s sold well from the get-go. “We can’t seem to keep up with the demand. It’s constantly one of our products with the longest waitlist, so as soon as it comes back in stock, it gets snapped up,” says co-founder Vera Yan.

Nicole Bonython-Hines, a freelance stylist, says that finding a proper raincoat has always been a challenge in Australia. “If you’re out and about for work, you can’t go past a great trench. They’re always available and at both ends of the market,” she suggests. “They do a good enough of a job paired with an umbrella.”

If it’s torrential rain, or you’re after slightly more protection, she recommends heading to Bunnings or a boating store. The rubber style worn by those on boats or by tradies are “the only ones that really work and can actually look quite cool and utilitarian.” 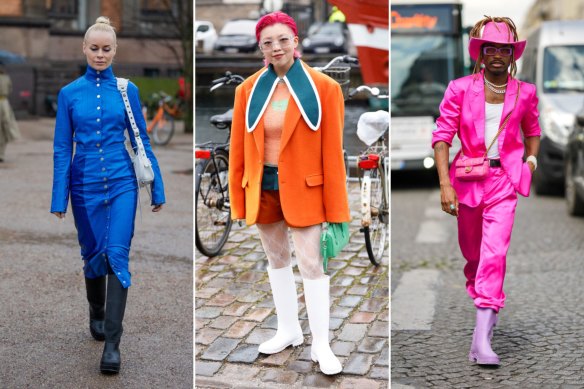 Gumboots were a trend amongst street style stars in Paris and Copenhagen this year. Credit:Getty Images

Globally, too, wet weather gear has become more than just practical gear. Chanel’s Autumn/Winter 2022 show featured a parade of gumboots that highlighted the luxury house’s signature logo, while rubber boots in striking colours have been a staple of Bottega Veneta’s runway for several years now. The trend is also reflected in the street style outside fashion shows in Paris, Copenhagen, London and Milan this year, with attendees sporting galoshes even in the absence of rain.

If you’re wedded to the idea of an umbrella, New Zealand brand BLUNT joins Oroton and Original Duckhead in offering a sustainable, durable alternative to cheap corner shop options. 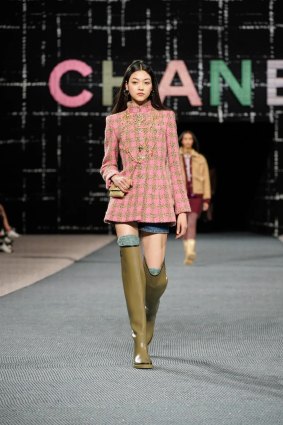 “Historically, umbrellas were such a disposable [item],” says BLUNT’s head of marketing Fee Cortis. “Now, we’re seeing an awakened consciousness. People would rather buy less but buy better quality and BLUNT taps into that ‘buy for life’ mentality.”

“‘Umbrella’ kept coming up on our website as a search term, even though we weren’t selling one. And because they’re quite technical, we thought it best to reach out to a company that had expertise in that area.” Hanrahan says they’ve seen great success with the collaboration, and are planning a new range of colourful styles for the Christmas period.

Nikki Novakovic, marketing manager for footwear brand Hush Puppies, says rain boots are becoming a burgeoning category for the brand. They only started selling gumboots last year, but have already sold out of key styles and have plans to expand the range. She says that part of their appeal is their versatility – mums, for example, will wear them to the playground, on the school run, and then out to lunch.

Hanrahan says Country Road has seen consistent sales of their signature gumboot style for years, but has noticed a significant spike in demand this past year. She attributes this in part to the trickle-down effect of gumboots being featured on runways abroad. The brand plans to expand its offerings beyond the plain black style they’ve traditionally sold.