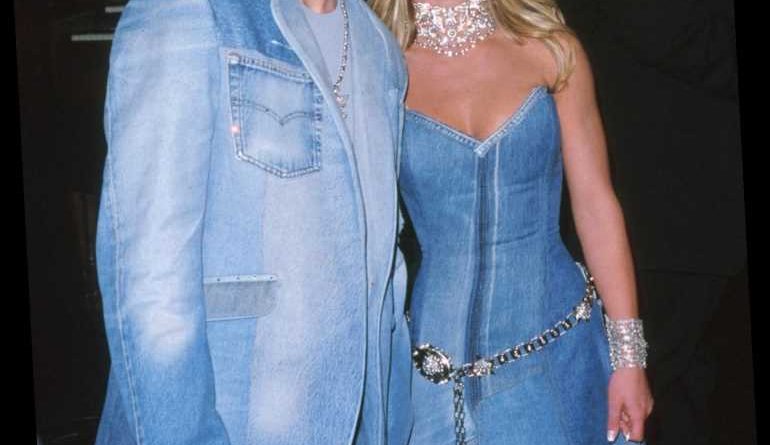 Jamie Lynn Spears is just as sentimental about the 20-year anniversary of Britney Spears and Justin Timberlake's iconic denim-on-denim moment as the rest of us.

When Nylon Magazine posted a throwback photo of the former couple's "superb outfit coordination" at the 2001 American Music Awards on Instagram, Jamie Lynn, 29, joked, "My parents. Divorce is hard," in the comment section.

Social media users were amused by the sister interaction — and amazed that it's already been 20 years since Spears showed up to the AMA's in a Kurt and Bart patchwork gown paired with a rhinestone choker necklace walking arm-and-arm with Timberlake, who matched perfectly in a light-wash Canadian tuxedo and denim cowboy hat ensemble.

"20years?😩 I would've [sworn] this was like 8yezrs ago…time is an illusion!" one person wrote. "Okay wow I don't know how to process this," a second joked.

Last week, we celebrated the 20th anniversary of the Y2K style moment — which went on to inspire an era of mesh tops, tiny leather skirts, metallic frocks and (of course!) denim everything — by looking back at how Spears and Timberlake's 2001 AMA looks came to be.

The costume designer behind Timberlake's Canadian tuxedo, Steven Gerstein, opened up about bringing the look to life during an interview with Jezebel earlier this year.

"It was such a no-brainer. Justin and Britney were dating at the time. We were in New Orleans when Britney and Justin were like, 'We're doing matching denim.' And I was like, 'How are you doing that? Who is doing that?' We wound up taking the Costume National suit that Justin wore for the Celebrity album cover. We remade it in denim. Conversations with Levi's were happening at the same time and Britney was working with Kurt and Bart. We had some crossover contacts at Levi's, so it went from being an idea to it being made within days."

"It was kind of like their prom. They had an idea, and we did what they wanted as opposed to the other way around," he continued. "The rest is history."