She gave a Q and A session at the Canberra Centre for her fans and took in some of the delights of autumn in the national capital, including an early morning walk up to Red Hill lookout. 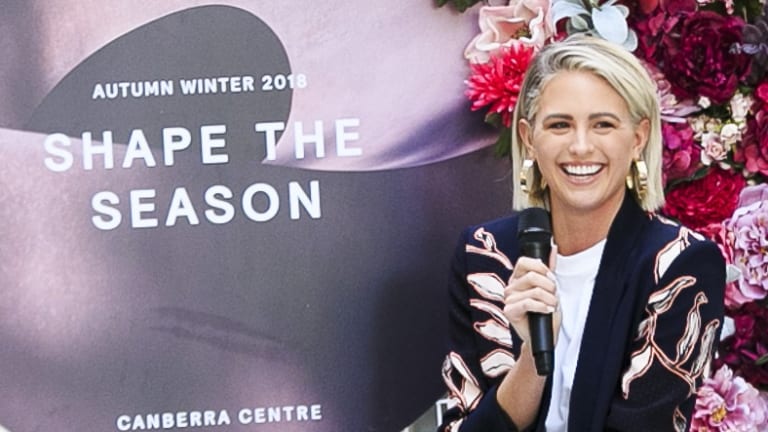 Jesinta Franklin met with fans at the Canberra Centre.

Jesinta and husband, Swans footballer, Lance "Buddy'' Franklin, were both in town.

Matt said he and Buddy watched the Swans beat Geelong on TV on Saturday while Jesinta was performing duties at the Canberra Centre. Franklin was out of the game due to a bruised heel but did manage a ride up Red Hill with his wife, who went for the walk also with her makeup artist Michael Brown.

The famous couples also had a meal at Double Shot in Deakin, the Franklins enjoying the laidback vibe of Canberra.

"Jesinta just loves getting out there close to nature,'' Matt said. 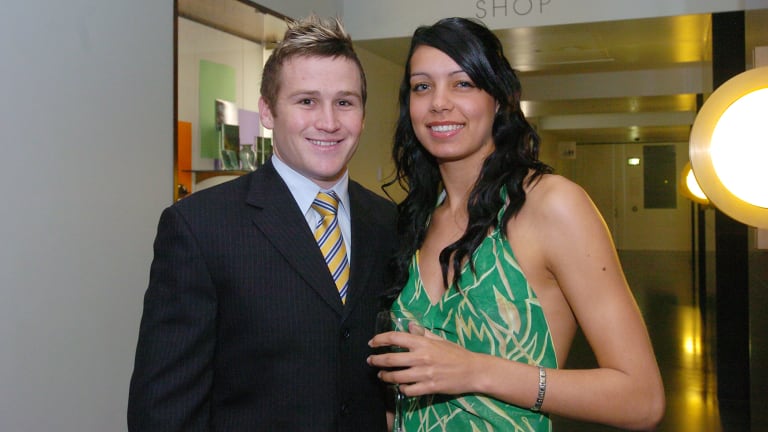 Matt Giteau and Bianca Franklin way back in 2006. Bianca is Buddy Franklin’s sister.

The visit was as much about relaxing family time as work, with Jesinta, a former Miss Universe Australia, passing on her fashion tips at the Canberra Centre on Saturday. 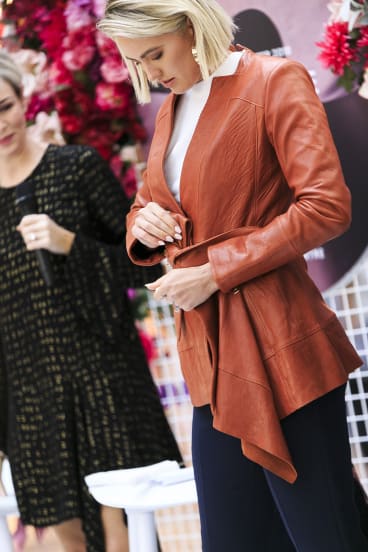 Jesinta Franklin tries on a jacket at the Canberra Centre with host, Her Canberra’s Emma Macdonald.

She described her style as "classic, comfortable and fresh'' and her go-to items were a white t-shirt, red-lip, jeans, hoop earrings and a made-to-last blazer, with burnt orange one colour to look out for this season. (She happily admitted pilfering the earrings she wore in Canberra from a previous fashion shoot. "Don't let me near the Cartier exhibition,'' she said, with a laugh.)

The accomplished Jesinta, who is still only 26, was not a fan of fast fashion, saying she preferred to buy classic pieces that would work season to season.

She admitted to some insecurities of her own, saying she wasn't a big fan of her legs so never wore really short dresses and sprayed on men's cologne before a big meeting to boost her confidence.

A spokesperson for several brands, Jesinta said she used Olay moisturiser and always filled in her eyebrows to frame her face.

As for Buddy venturing into fashion, Jesinta said she had joked to him that she would have to give him a run for his money and try out for a women's Aussie Rules team.

And the one fashion trend she never wanted to see again? Short culottes, which were once a good idea, said nobody ever.