Home » Fashion » Kate Middleton Left the Hospital in a Red Dress — but About Those Pearls . . . 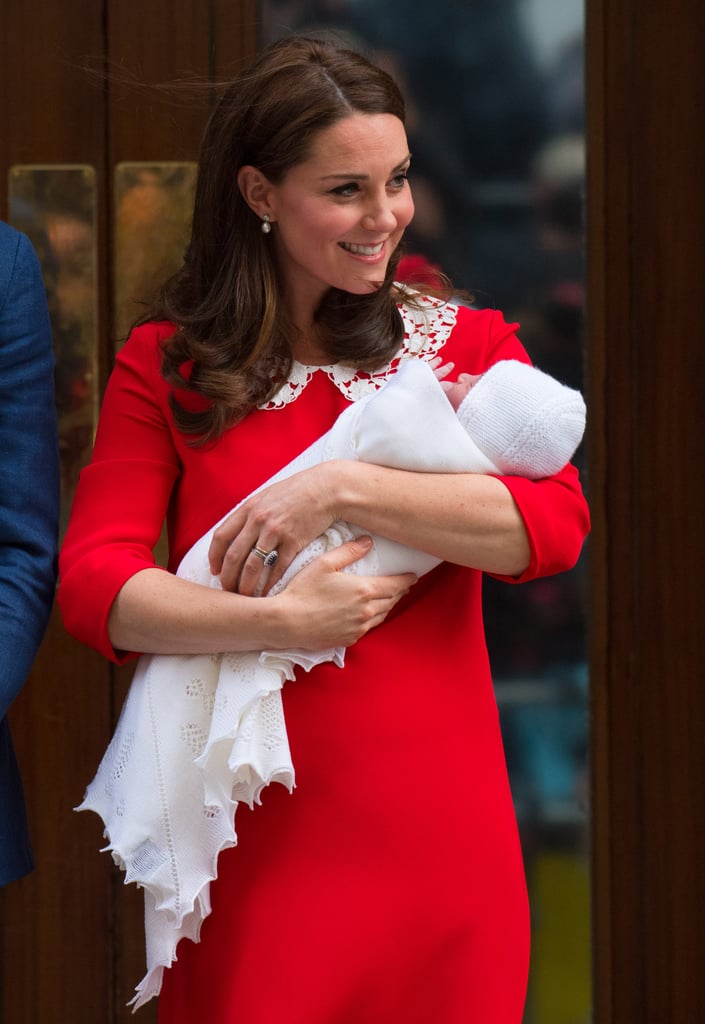 Kate Middleton Left the Hospital in a Red Dress — but About Those Pearls . . .

Just a few hours after giving birth to royal baby number three, Kate Middleton stepped out to make her postbaby appearance. For the occasion, we weren’t surprised to see that she wore a red Jenny Packham dress, which she paired with nude suede pumps.

Of course, eagle-eyed fans were quick to notice that Kate’s outfit bore an uncanny resemblance to the red dress Princess Diana wore when she left the hospital after giving birth to Prince Harry in 1984. But the hidden messages didn’t stop there. With her carefully curated ensemble, Kate also paid homage to none other than Queen Elizabeth, and the sweet tribute almost went unnoticed.

For the little prince’s public debut, Kate kept her jewelry to a minimum with her iconic engagement ring, gold wedding band, and slim diamond band. However, she also wore a stunning pair of diamond and pearl earrings, which reportedly belong to the queen.

After having done some research, I’m not entirely convinced that the two pairs of earrings are one and the same. However, it wouldn’t be the first time that the mom of three has borrowed items from the royal jewelry box, and it would certainly have been a sweet nod to Kate’s special relationship with the British monarch. Read on to get a closer look at her stunning earrings, and then shop similar options.