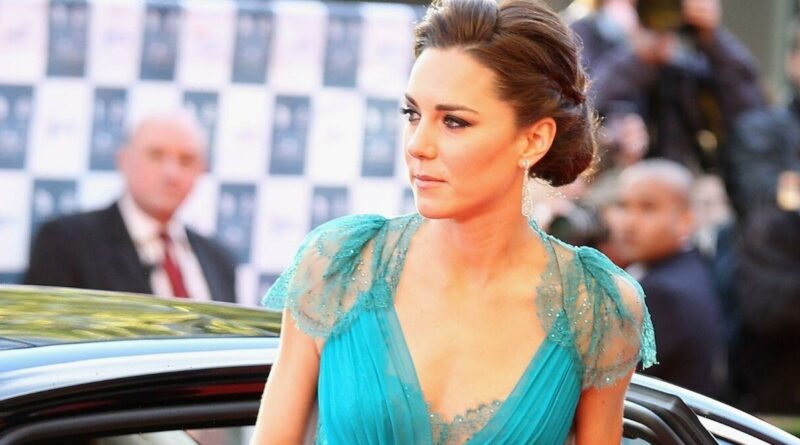 Kate Middleton, 40, joined the Royal Family in 2011 and has become renowned for re-wearing ballgowns and gorgeous outfits, earning herself a thrifty reputation. Royal fans love when the Princess of Wales does this for two key reasons.

Royal watcher @reallifeprincessofwales wrote on Instagram: “I absolutely adore how Catherine restyles pieces from her closet. Whether pulling out a coat she has had in her closet for over a decade, restyling a coat for a new wedding guest look, or adding new accessories and a different hairstyle to a gown for a gala event, I love that she brings out signature pieces multiple times.”

The royal fan explained why they enjoy Kate re-wearing clothes and why the Princess of Wales likely does this, for two reasons.

They added: “It not only makes her relatable, but so many of her pieces are so beautiful they deserve more than one outing!

“Plus I would say she is a master at giving a piece a new life with just a few tweaks.”

Of course, re-wearing clothes is not a novelty for most Britons, particularly given the impact of fashion on the planet and our need to adopt more sustainable shopping practices.

So, Kate leads by example, wearing her favourite pieces for many different events.

This royal fan listed Kate’s Jenny Packham Aspen Teal Silk Gown as one of their favourite re-wears that the Princess has worn.

“Not only did the Princess of Wales wear this to a concert at the Royal Albert Hall in 2012, but she also wore it to the Tusk Conservation Awards in 2018.

At Wimbledon earlier this year to watch the Women’s Finals from the Royal Box, Kate re-wore a canary yellow dress from one of her favourite British designers, Roksanda Illincic.

She first sported a custom version of the brand’s knot-detail ‘Brigette’ dress for her arrival in Jamaica to begin her royal tour in March 2022.

The £895 dress is still available to buy from several retailers, including Net-a-Porter.

Whether it’s the gold Alexander McQueen gown she wore to the BAFTAs a few years ago or one of her favourite Emilia Wickstead coat dresses, Kate is the perfect example of how new shoes or a sparkly accessory can completely change an outfit.

From Meghan and Harry’s wedding to her many royal tours, there are so many times that the Princess of Wales has recycled an outfit.

For instance, when she visited Manchester Arena’s The Glade Of Light Memorial, Kate wore one of her smartest coat dresses from Michael Kors.

In addition, when Kate and Prince William arrived in Edinburgh in 2020, Kate was seen wearing a blue Catherine Walker coat that she has worn before during the royal tour of Scandinavia in 2018.

Kate also loves her pink M&S trouser suit so much, that she wore it three times in 2020. She first wore the suit in March while visiting healthcare workers in Croydon, and then wore the trousers again in September while speaking with other parents in Battersea Park, London. The outfit had its third appearance during a video appearance.