It was also the spitting image of the frock Prince William's late mother wore following the birth of Prince Harry, 33, in 1984, and it’s not the first time she has taken style inspiration from Diana… 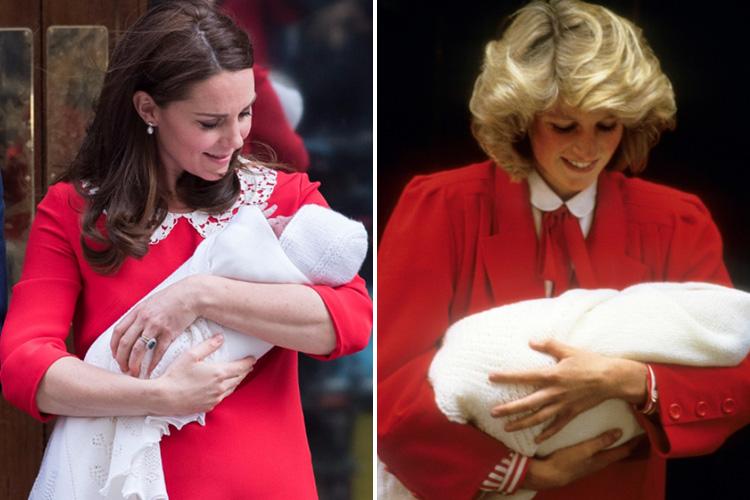 When Kate welcomed Prince George, in 2013, she wore a blue spotted Jenny Packham dress, which was very similar to the gown Diana wore as she presented newborn Prince William.

And the Duchess, 36, has regularly been pictured in Diana's jewellery pieces – from tiaras to her showstopping 12-carat oval blue sapphire engagement ring.

From memorial outfits to headscarves in church, Kate has proved that imitation truly is the most sincere form of flattery. 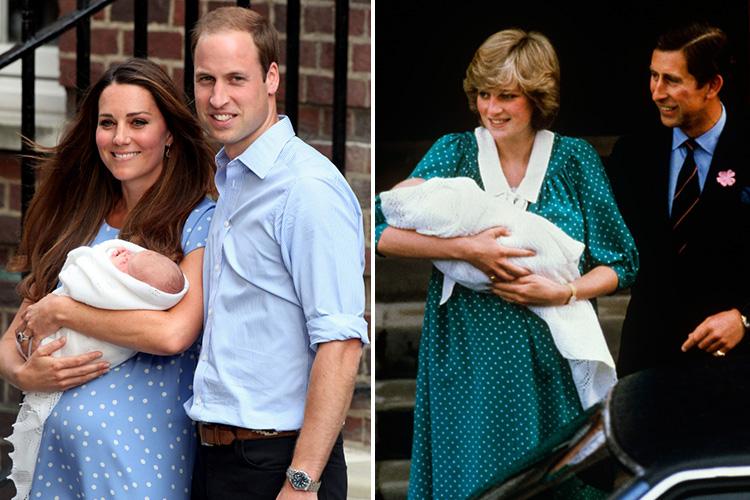 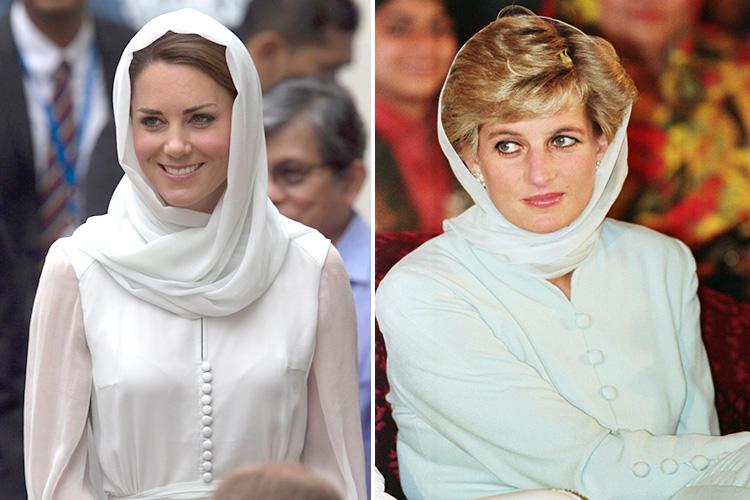 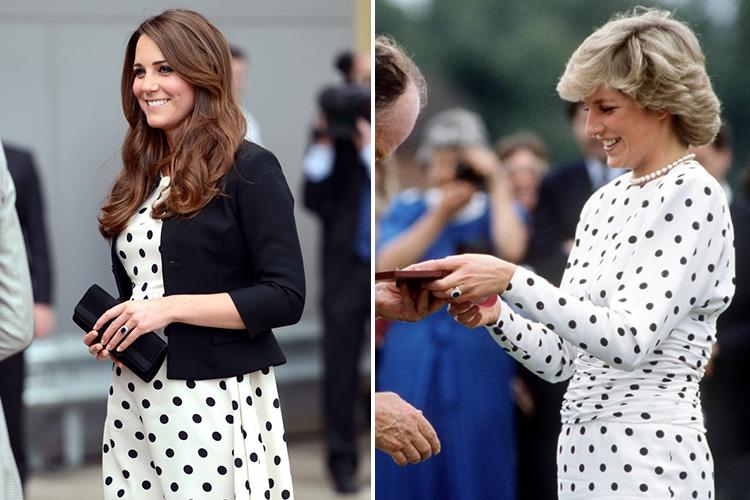 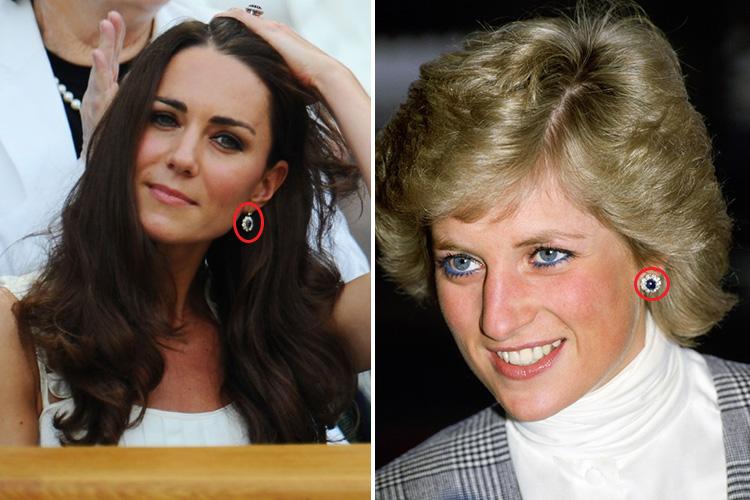 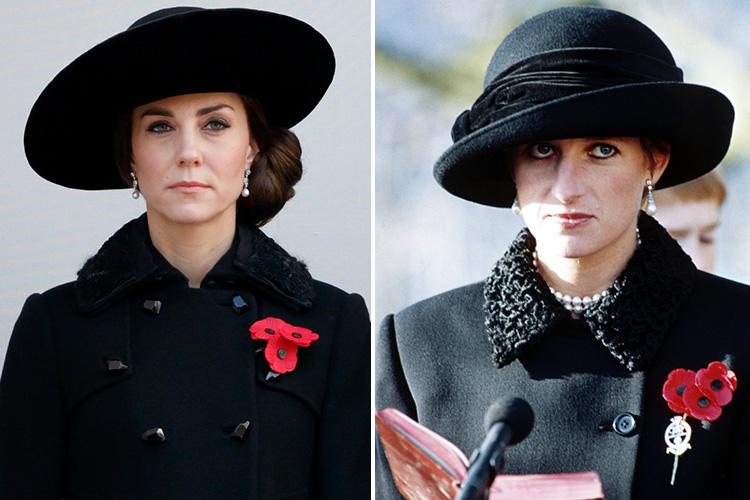 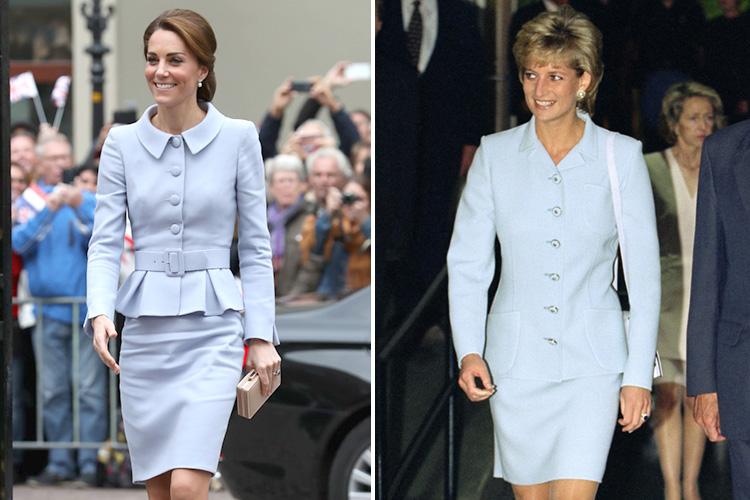 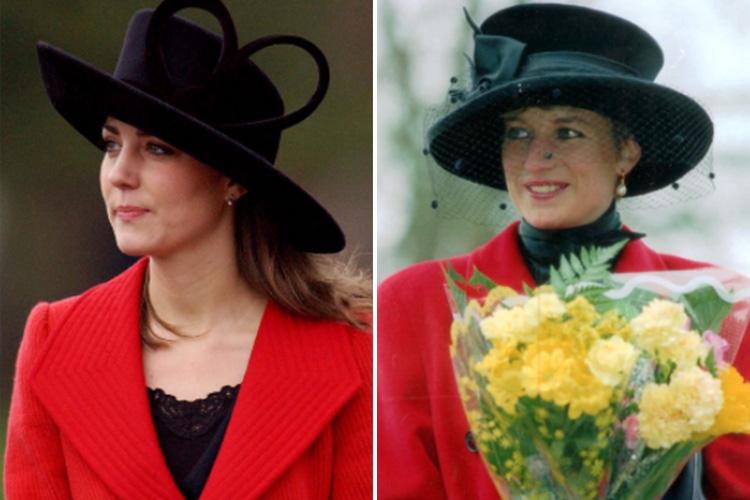 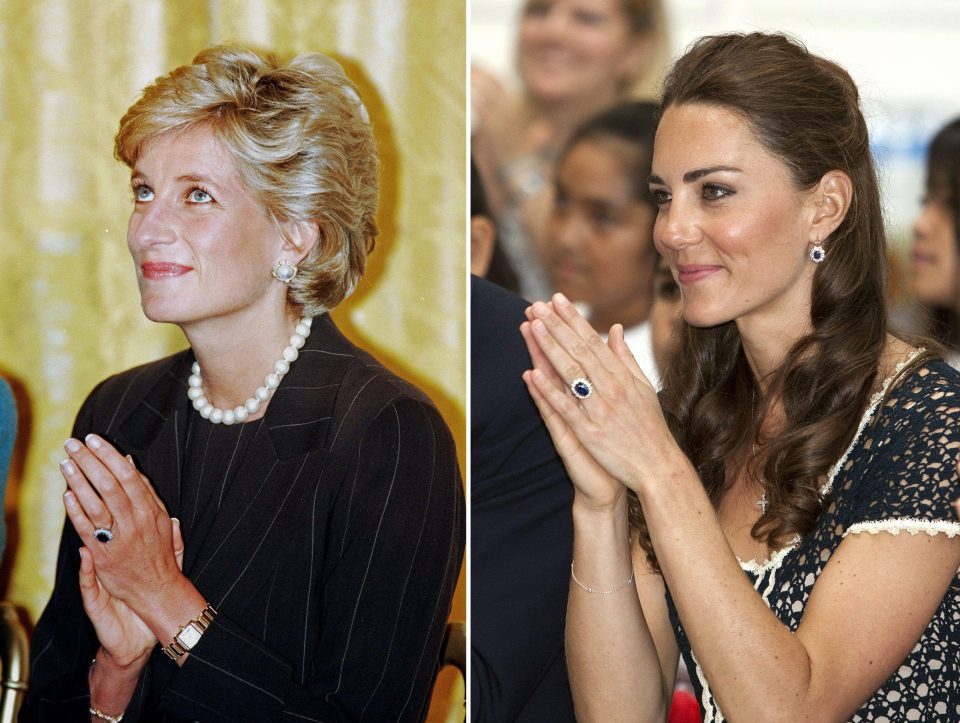 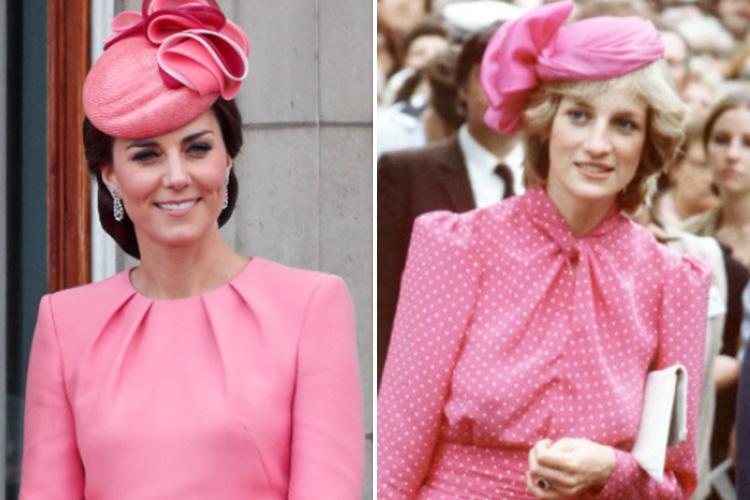 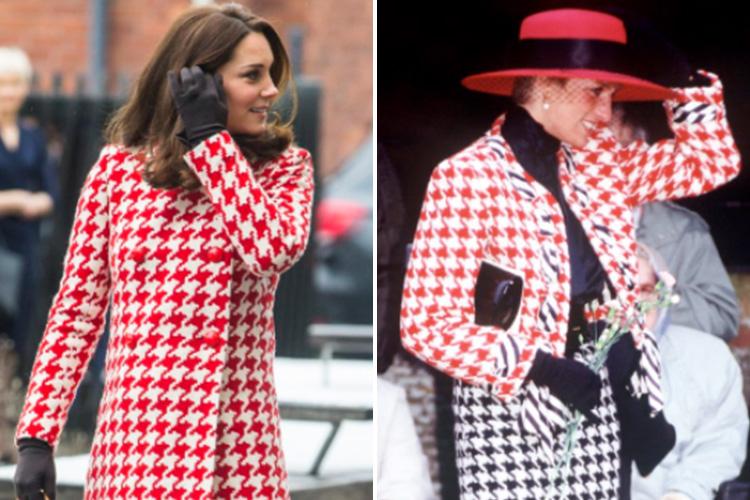 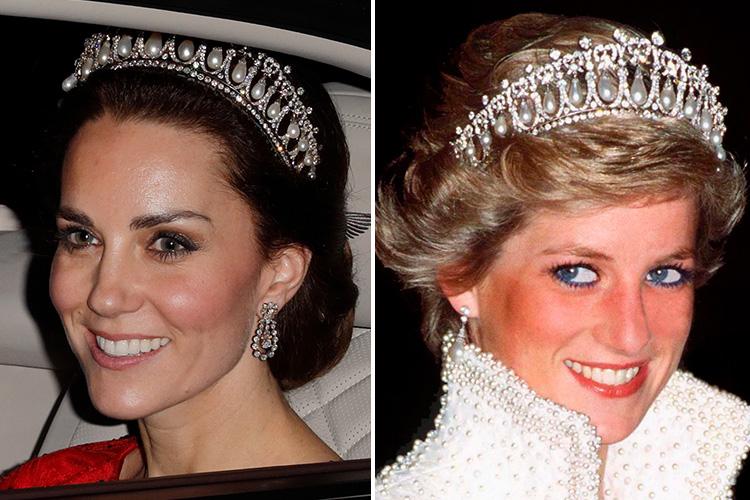 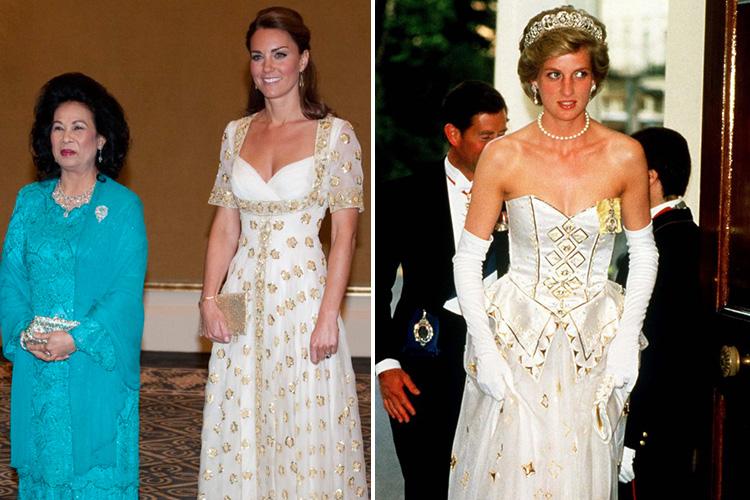 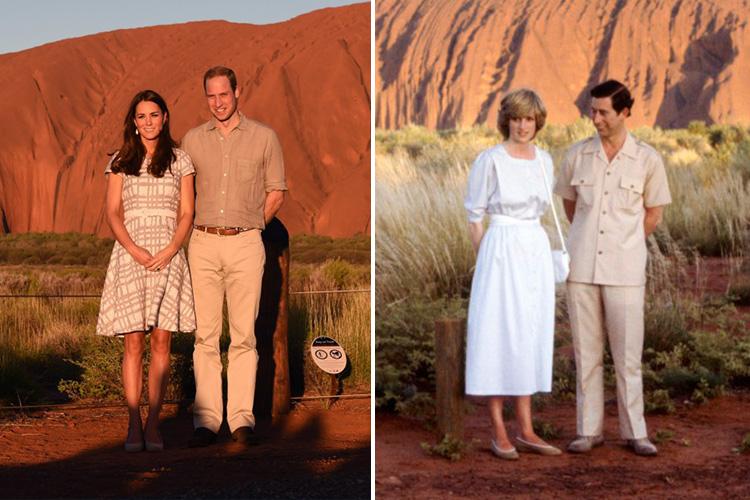 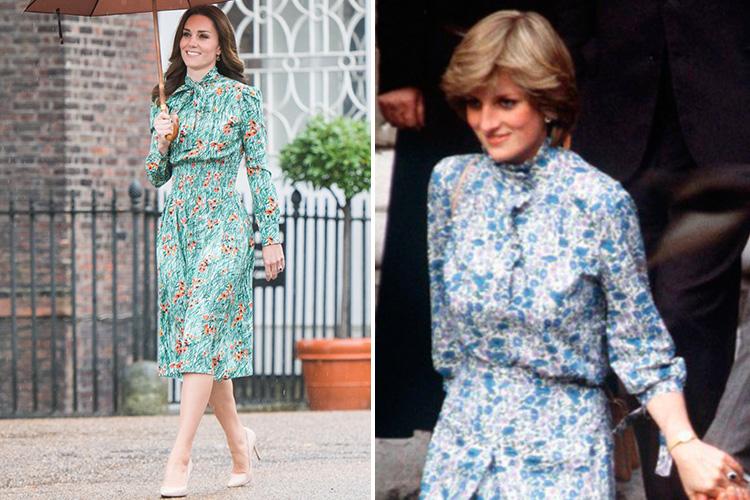 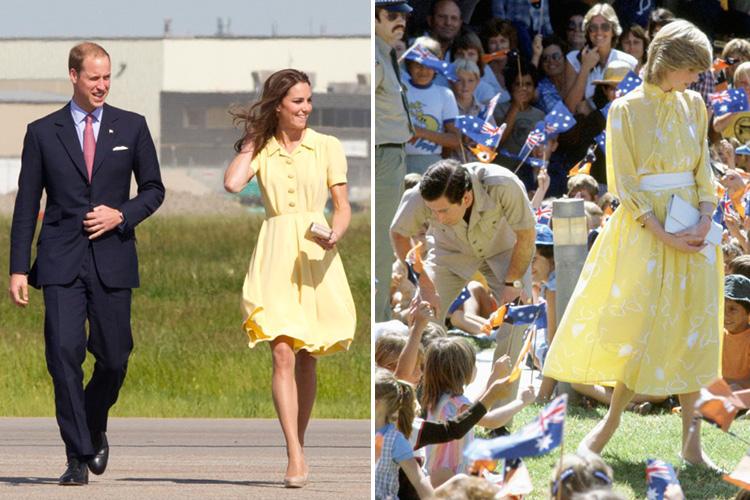 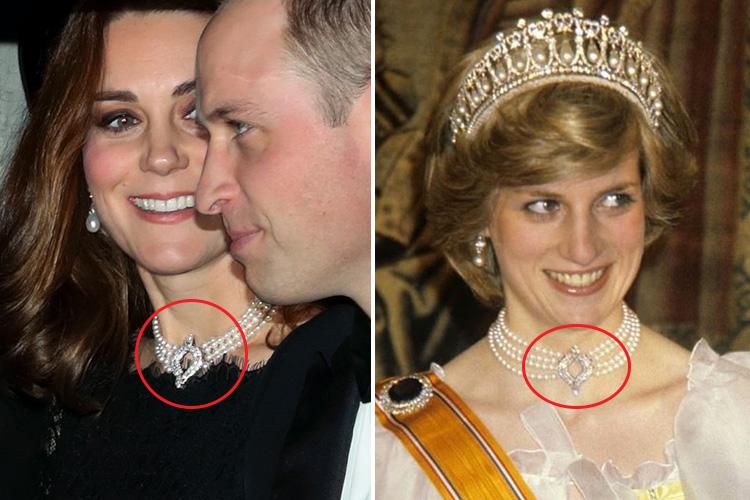 When Princess Charlotte was born in 2015, Kate opted for a buttercup print silk shift dress, also by Jenny Packham, for the event.

Last month we told how Prince Charles fuelled rumours that his wife Camilla Barker Bowles might become queen, after a statement saying she will become "Princess Consort" was removed from his website.