It seems like every day that a new brand or individual is accused of cultural appropriation, despite all of the (much needed) op eds, articles, and blatant "don’t-do-this!"-type listicles that have been written on the topic as of late. Kim Kardashian West’s lingerie line — and, subsequently, Kim Kardashian West herself — is the newest offender to come under fire, even though it’s still in its infantile stages. Sigh, here we go.

On Monday, TMZ reported that Kardashian West trademarked "Kimono Intimates" as the name of her line. (I’m shaking my head, too.) The trademark covers everything from bustiers, nightgowns, and breast shapers to pasties, leotards, socks, and more. Quite the selection, but Kimono Intimates? Seriously, Kim?

The kimono is a traditional Japanese garment that originated during the country’s Edo Period (1615-1868) and had a significant impact in the growth of Japan’s textile and fashion industries. A sign of wealth and status (kimono were traditionally made of expensive hand-painted silk), kimono were originally consumed by the samurai (the ruling military class) before eventually becoming more mainstream and accessible to people from all social classes, thanks to cheaper production methods. Even today, though, "kimono are only worn at a limited number of formal occasions and there are fairly rigid guidelines about what type of garment is appropriate for what event," explains the Victoria and Albert Museum. "Indeed, the garment may be worn much less, but its symbolic importance has grown. As Japan has come to define itself within the western world since the late 19th century, the kimono has come to mark a boundary with the foreign, to stand for the essence that is Japanese." 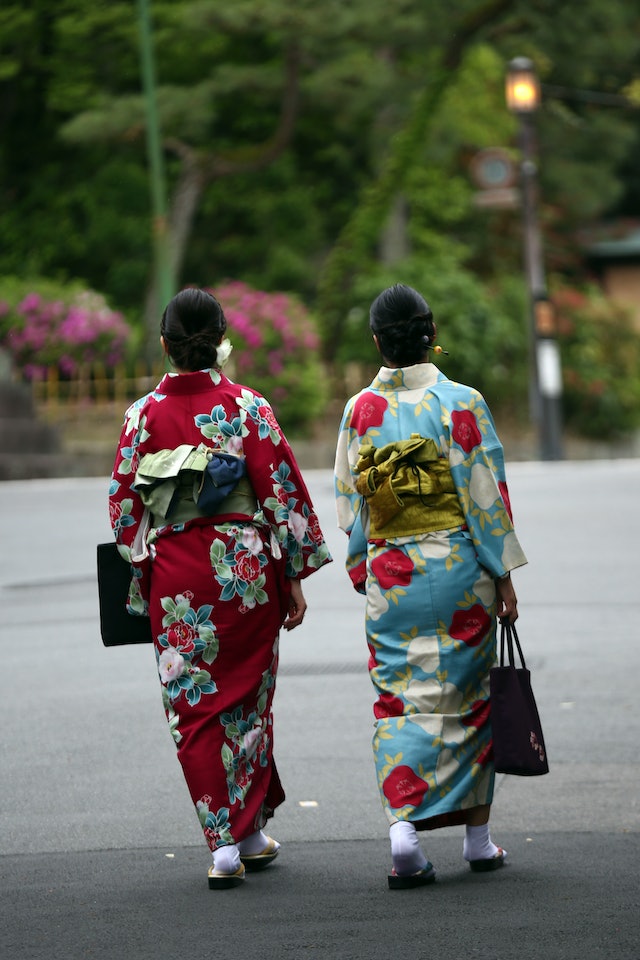 Clearly, the kimono has deep cultural and historical significance in Japan but as Teen Vogue points out, it’s unfortunately "been co-opted by the fashion industry to basically mean any loose robe." Take a look at a number of the most popular retailers in America, from Forever 21 and Victoria’s Secret to Anthropologie and Boohoo, and you’ll find a selection of robe-like offerings all labeled "kimonos." Appropriative? Absolutely, and considering how many times members of the Kardashian West family have been accused of cultural appropriation, it’s mind-boggling that Kim would even consider using the word "kimono" in this context. While I understand that the line of what is and what is not appropriative can sometimes be a bit blurry, in this case, Kardashian West is turning an important element of Japanese culture into a pun involving her name to sell lingerie. Smh.

In light of all of the incredible and necessary coverage surrounding cultural appropriation as of late (what cultural appropriation is, why it’s hurtful to the cultures it affects, how to tell if something is culturally appropriative, etc.), it baffles me that someone with as many resources and as much of a platform as Kim Kardashian West could still think calling their lingerie line "Kimono Intimates" would be good idea. How did the name get through her undoubtedly huge team without being flagged? Do they simply not care?

I’ll be interested to see if Kardashian West will issue an apology about the name and ultimately decide to go in a different direction. (Let’s hope.) Regardless, I’ll refuse to accept an apology in which she states she didn’t realize the usage of "Kimono" in her brand name could be problematic. It’s 2018 and Kardashian West is at the epicenter of modern culture — she should know better.