First came the cars, and now the clothes.

Kith and BMW came together to rebuild the 1989 E30 M3, the late Eighties model that Ronnie Fieg recalls as his grandfather’s prized possession, and the Kith founder teased the red ride on social media. To further commemorate the tie-up, Kith and BMW are launching a 94-piece collection inspired by the 1989 E30 M3, including apparel, accessories and outerwear.

The collection marks as Kith’s largest collection to date with staples such as graphic T-shirts and hoodies bearing the Kith BMW roundel logo; knitwear pieces including color-blocked cardigans and intarsia sweaters; nylon track suits; kimono blazers, and suede bomber jackets. The accessories are a mix of home goods and car-centric items such as mugs, pillows, an umbrella, valve caps, microfiber towels, license plate frames and a 1989 E30 diecast replica.

Kith showed the E30 M3 model in motion in a short film set in New York City. Fieg sent his model to Germany for BMW to rebuild with BMW Classic Parts, and then the car was modified to feature the Kith BMW Roundel emblems, the Kith Motorsport badge on the trunk and Kith Monogram leather interior.

Fieg named Venezuela-born auto racer and Grand Prix motorcycle racer Johnny Cecotto as a “major inspiration” for the partnership. He said the racer brought the E30 M3 to the forefront of racing, and was awarded with a special edition of the 1989 E30 M3 car. “As I worked with BMW to rebuild my own 1989 E30 M3, I felt honored to join the company of Cecotto in this rarified air,” Fieg said. 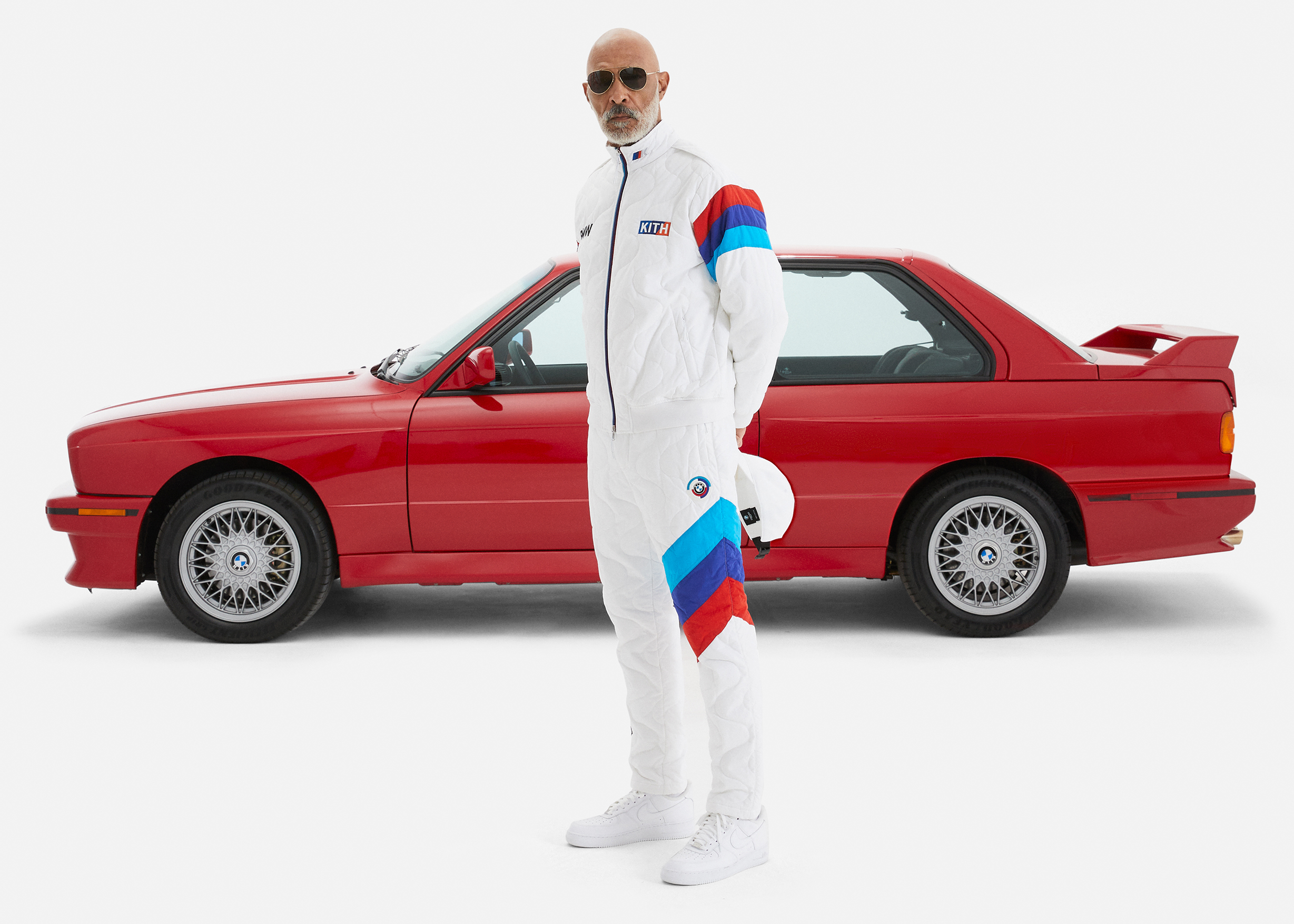 The film follows Fieg in Hillside, Queens, taking the car out to be washed and cleaned before heading to a private lot to unveil the 2021 M4 that also features the Kith Motorsport badge and Monogram leather interior, and the Cinnabar Red paint color that is no longer offered by BMW. Both models are one-of-a-kind and not for sale, although Kith said more is to come in the partnership with BMW.

The collection will launch on Oct. 23 at Kith U.S. and Japan flagship stores, U.S. and EU shops-in-shop and on the Kith web site.