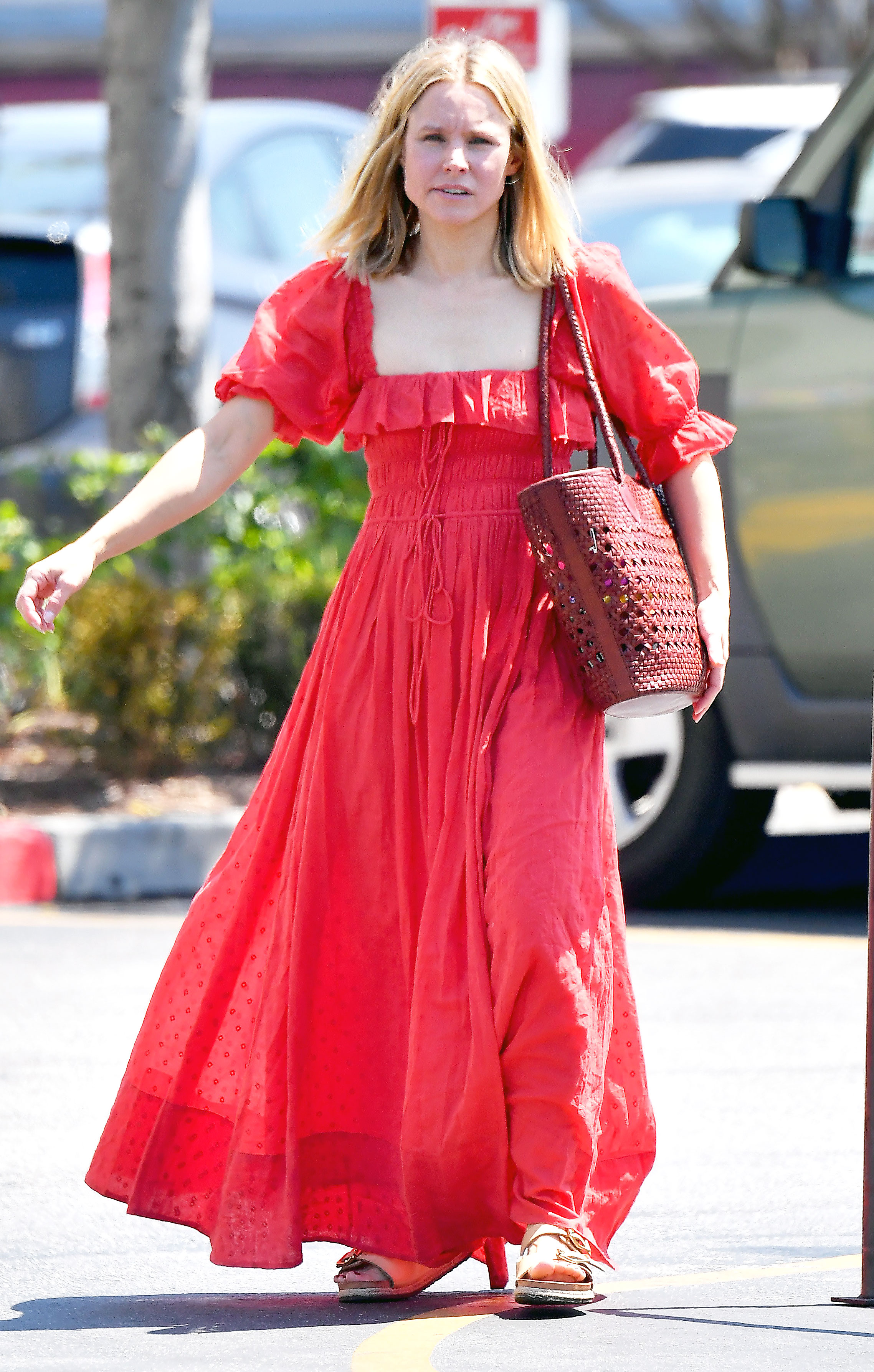 We are used to seeing stars all dolled up on the red carpet, but their lives are often much less glam IRL, and, sometimes, they’re just like Us! Kristen Bell was spotted running errands at a grocery store in L.A. on Sunday, August 5, in the most relatable ensemble: she kept her hair and makeup game super low-key while rocking a scarlet maxidress with comfy Birkenstock-inspired slides. And the just-rolled-out-of-bed feel of it has Stylish saying, “Us, too, Kristen. Us, too.”

While there is no telling what other plans the Frozen star had on the agenda on Sunday, her ankle-skimming $305 tomato red DÔEN frock was worthy of a formal affair with its Victorian-inspired ruffles, voluminous sleeves and square neck. But Bell took the potentially dressy frock to causal-town with slip-on sandals and a burgundy woven tote that was actually large enough to carry all of her essentials and then some (unlike those teeny tiny clutches we often see celebs sporting). It was the kind of  slap-on-and-go outfit we can all relate to.

The relaxed vibe continued with her super simple hair and makeup. She went the practical route, skipping makeup entirely (hey, the milk aisle doesn’t care if you’re wearing foundation or not), while letting her shoulder-length lob do its thing with tousled, undone waves that may or may not have been brushed (because, really, why bother?). 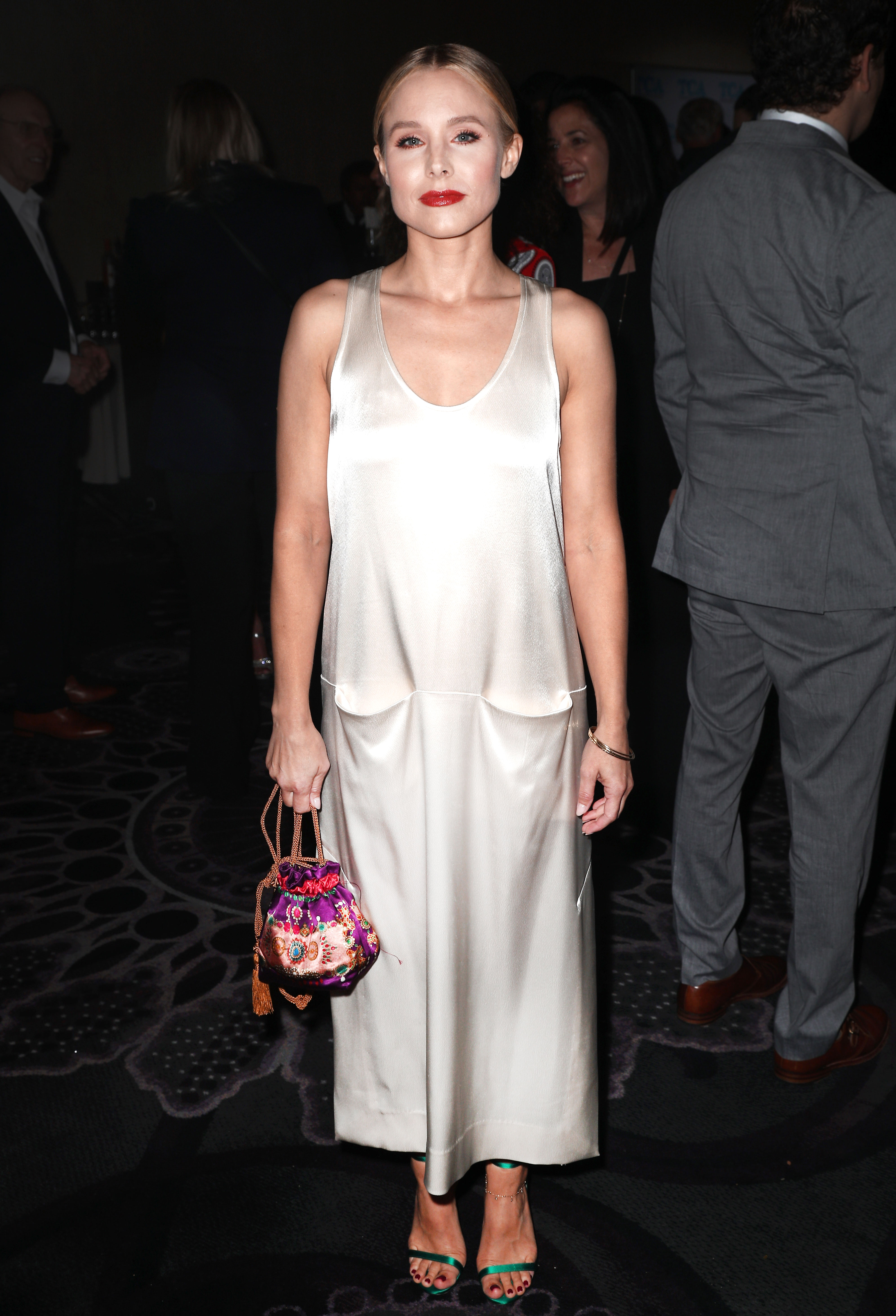 Stars Without Makeup: See Stars Going Makeup-Free and Loving It!

While Kristen was living the laid-back life on Sunday, her Saturday night was anything but. Attending the Television Critics Association Awards on August 4, she was super chic in a white slip dress that she paired with strappy turquoise heels and a satin bag. Her beauty was equally glam, rocking a slicked-back ponytail, perfectly dewy skin and bright red lip.

A true lesson in balance, we think Bell looked beautiful in both outfits this weekend. But it’s her carefree running-errands look that wins our hearts (just like her gloves in the pool tactic).

The Mail's war on litter is relaunched