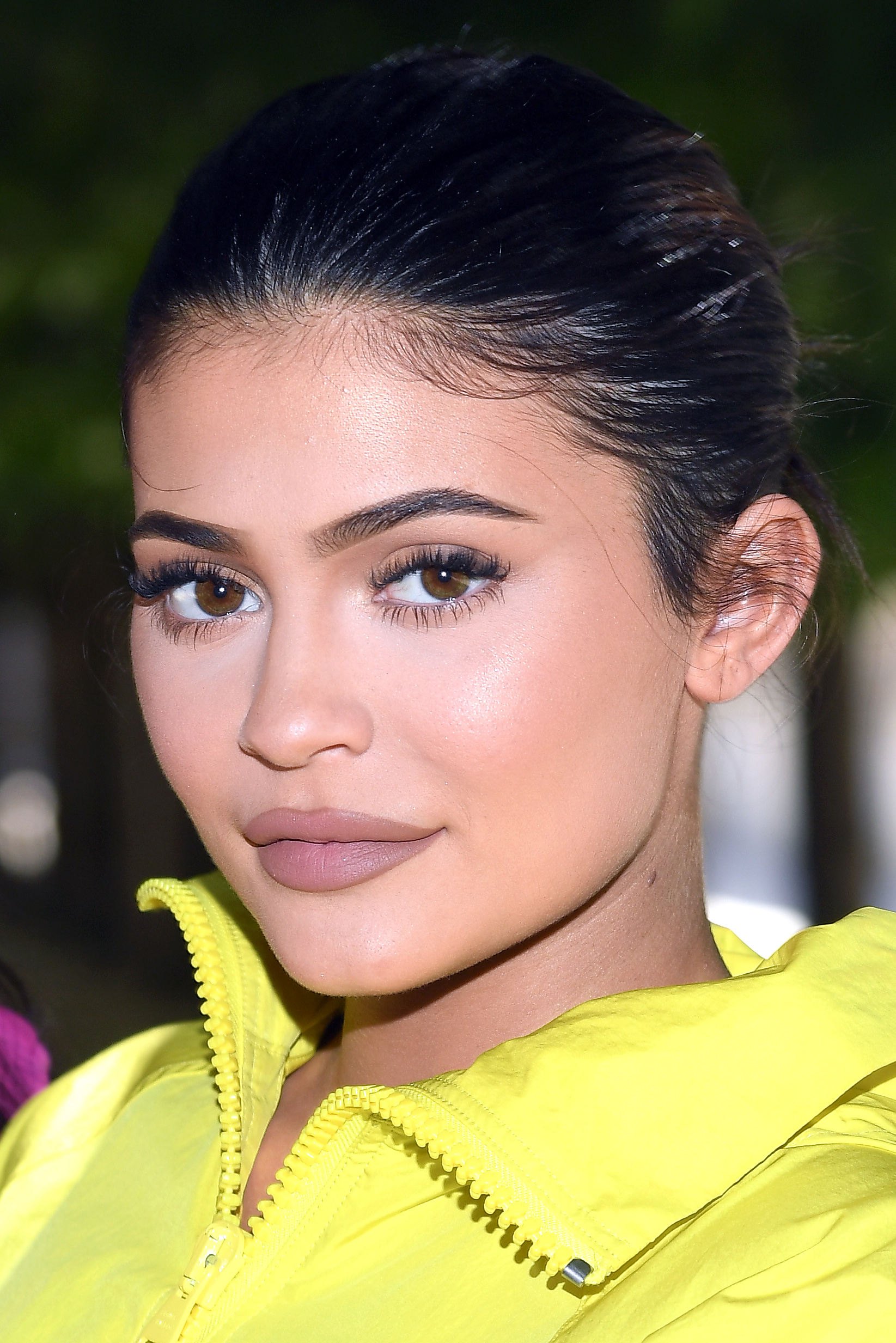 The day has finally come: Kylie Jenner has bestowed upon us her signature face beat, step by step. Better: the beauty icon filmed it all for Vogue — and there are some juicy twists, namely, her unexpected beauty essentials and the off-label placement of her blush.

First step for Jenner is always her brows. She preps her skin and puts on lip balm, and then she does her brows how bestie Jordyn taught her to, filling them in and brushing them up for the ultimate groomed look. But to make sure they are super sharp, Kylie conceals underneath them and then brings the color down across her lid. Then, she applies eyeshadow, starting with matte nudes and cutting a crease with a soft light brown. For a twist, Jenner adds a golden shade at the center of the lid and a jazzy tangerine shimmer shade in her inner corner for a major pop.

Pro tip: Kylie never does her foundation first. She waits until she’s done her eye makeup to ensure that fallout doesn’t ruin her perfect canvas. Another major secret: Kylie has been adding Marc Jacobs Fantasy Glow drops to her foundation, which she applies with a brush and diffuses with a BeautyBlender because she likes her freckles to show. Then, to make sure her brows are razor sharp, she goes back in with foundation on a smaller brush on top of them.

Next up is concealer, and Kylie relies on a blend of beige and pink tones to give her extra coverage. One rule: don’t apply concealer to the forehead because she says it’s the dead give away that you’ve caked on makeup. And you’ll be thrilled to know that Kylie doesn’t feel sibling rivalry — she uses KKW powder to set her complexion. And for the plot twist: Kylie also puts a sunscreen powder on top of that, saying that it’s the one thing she never skips because she’s fair and burns easily.

Of course, it wouldn’t be a Jenner face beat without baking, which Kylie says she can’t skip. But she’s always careful to bake (meaning set with powder) after she uses bronzer, and that’s the key to getting it right according to the star. For her lips, Kylie likes to layer shades but always starts by coloring her whole lip in with lip liner.

Oh and her beauty essential: she likes to “drown in blush.” Jenner even applies it to her nose after she dusts the face-reviving-miracle across her cheeks.

To pull her look together, Kylie then applies some more shadow to her lower lid and then adds a coating of Dior black mascara to her upper lashes, “breaking the lash extension rules,” which usually advise skipping mascara. Another major key according to the makeup maven is to use brown mascara on the lower lashes, because it looks more natural.