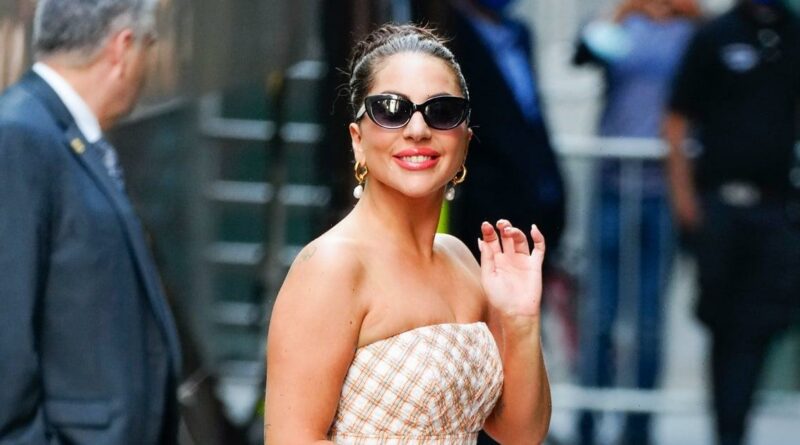 Hello, Guinness World Records? I have a suggestion to make for your next book: Lady Gaga for the title of World’s Strongest Ankles. The singer, actress, and fashion icon has used this summer as her unofficial campaign for the position, wearing a smattering of precariously tall platform boots that prove her ankles might secretly be made of steel. To be fair, Mother Monster has had sky-high shoes in her rotation for years — those meat-covered heels from the MTV VMAs still live rent-free in my brain nearly 11 years later — but it seems in recent weeks she’s resurrected her devotion to the cause. And it’s quite hard to ignore.

Day after day, Gaga steps out in the Big Apple with her Big Platform Energy (BPE, peripheral to though not to be confused with BDE) on full display. It’s almost like she’s heard our gasps as she seamlessly struts over subway grates and sidewalk cracks with nary a downward glance, and she’s thinking to herself, “Psh, there’s plenty more where that came from.” The superstar has mostly worn lace-up booties with thick platforms and heels ranging from 8 to 9 inches by a brand called Pleaser, her undeniable go-to. She owns the head-turning heels in a variety of colors including beige, black, and white, and has styled them with everything from pastel bike shorts to a billowing tablecloth-like dress. What can I say? The woman’s got range, and not just musically.