A LANDLORD'S"good will gesture" for Christmas has left tenants less than impressed with many labelling the letter they received "disgusting".

Residents in an apartment complex in Washington, USA, received the "tone deaf" letter which was an attempt to help them deal with the ongoing Covid 19 crisis. 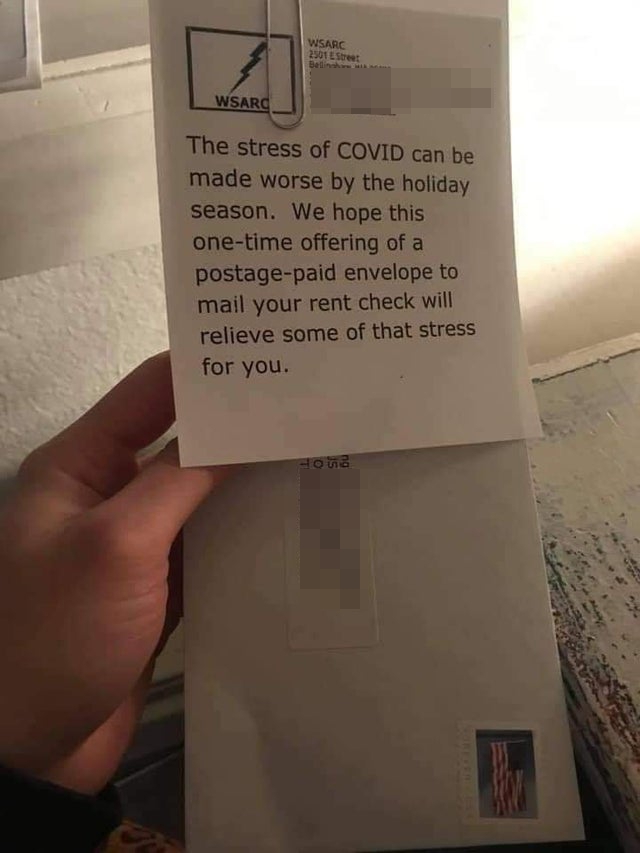 After spotting the letter many were reportedly expecting a rent reduction, or something of equal value, instead what they got was "insulting".

The note starts:"The stress of COVID can be made worse by the holiday season."

And says: “We hope this one-time offering of a postage-paid envelope to mail your rent check will relieve some of that stress for you.”

A photo of the note has since gone viral online, with Reddit used baffled by the so called "good will gesture", which left residents of the US housing commission outraged. 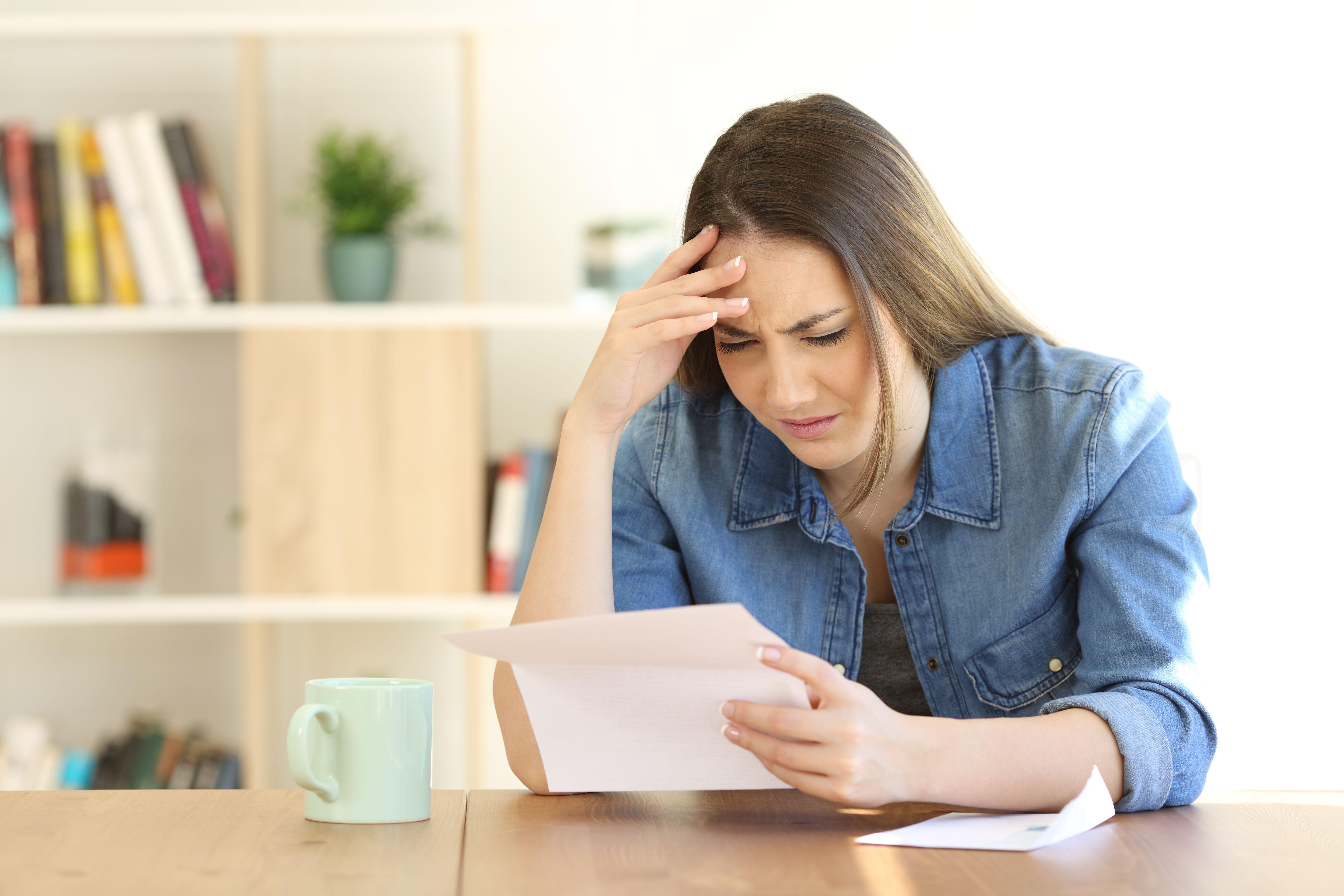 "It’s rubbing how unfair the system is in your face. Ohh I’m soory you can’t afford food tonight; here’s a stamp," one said.

And another mocked: "How sweet of them lol."

But Paul Moore, the chair of the community’s resident council, insists there was no negative intention with the note, and they just wanted to do something for the residents that have spent most of the pandemic isolating in their apartments.

After seeing a picture of the note being shared online, Paul reportedly disputed the photo on their council website – and it's since been taken down.

It’s rubbing how unfair the system is in your face

According to 7 News, he said: “We were called ‘disgraceful and the world knows it’… ‘insulting,’ ‘tone-deaf’… those are the ones that you can use on the air.

“We were frustrated, to be honest with you."

And joked: “Now, one of the persons that wrote said we really do need a better copywriter. And that I won’t argue with."

He also said that very few residents have computers, and there's currently no funding for the activities they'd normally plan for residents, making it hard to communicate with them.

Meanwhile, girl’s Santa letter goes viral after saying she ‘tried to be good but failed miserably’ then demands AirPods & a holiday.

Plus a woman gets an angry note from neighbour slamming her Christmas decorations – so she responds by adding MORE tat.

And a neighbour was in tears after tired mum sends apologetic note saying she’s trying the ‘cry-it-out’ method to her kid sleeping.