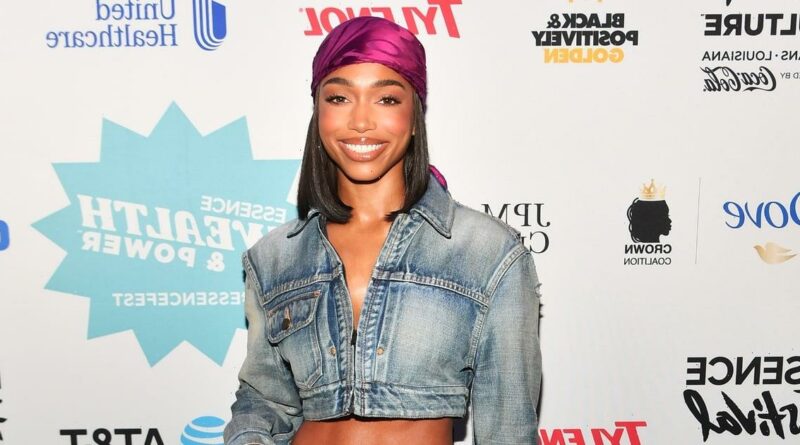 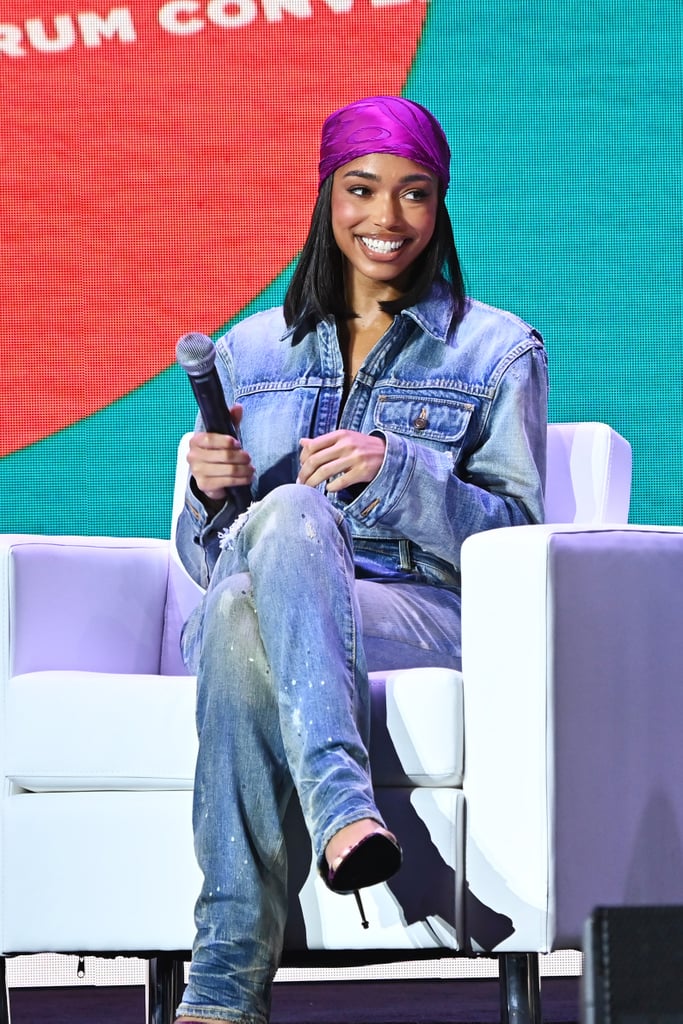 With “It’s the Black Joy For Me” as the theme and headliners like Janet Jackson and Nicki Minaj, the 2022 Essence Festival delivered Black-girl magic, energizing music, and head-turning celebrity style. Minaj nailed her inaugural debut on the Essence stage on Friday, July 2, in a formfitting black velvet catsuit with a plunging bra top designed with two midsection cutouts. Meanwhile, Jackson made a sparkly return to the stage at the Louisiana Superdome in a black jumpsuit covered in sequins. The speakers were just as stylish, with Lori Harvey making an appearance on stage in a denim-on-denim look complete with a cropped jacket and blue jeans. She styled it with a silky purple headscarf and burgundy heels.

Other performers included Ashanti, who wowed the crowd in a hot-pink, off-the-shoulder catsuit with prominent sheer inserts, then a blazer-style bodysuit, left open to reveal the black lace bra she wore underneath. She also added a gold belt to her second look, as well as black gloves, large sunglasses, and thigh-high boots — taking Matrix-inspired fashion to cool heights. Lil’ Kim also lit up the stage in a black shredded bodysuit, complete with a designer belt. The iconic rapper teamed it with a stunning lilac cropped jacket, featuring beads and embroideries throughout. She stuck to the embellished theme with black knee-high boots that were covered in colorful beads.

Read ahead to see everyone who attended the popular cultural event and what they wore.