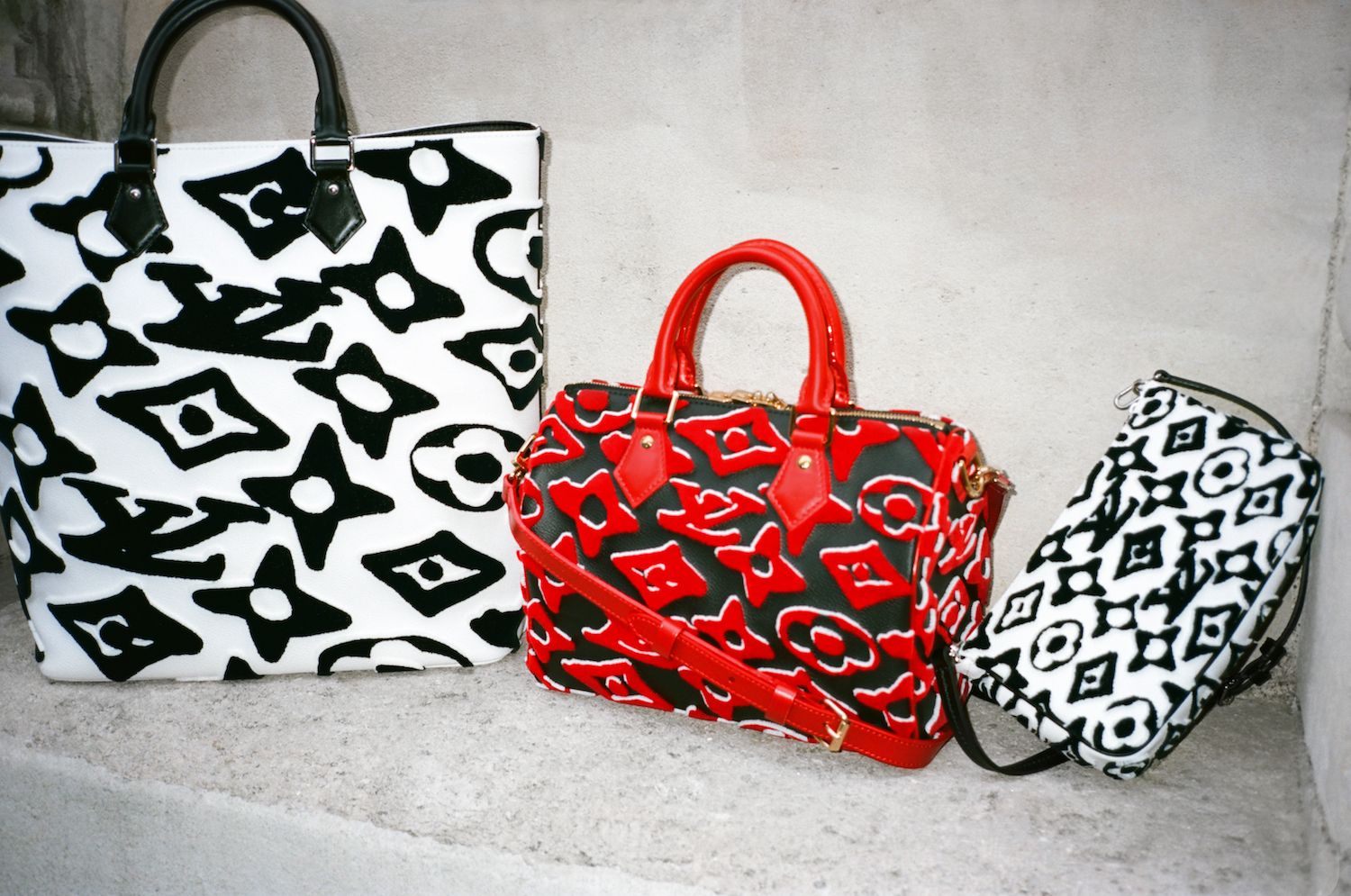 His redesign of the LV monogram and symbols, for example, exaggerates their sizes and fonts. Calling them “memory sketches,” the playful pattern is made up of a series of painterly scribbles—almost like a phantom, a recalling of the original logo. Fischer also employs tuffetage on some of the pieces, a technique that layers swatches of velvet giving the design a spectral vibe. The collection comes in two colorways: black and white, and black and red. 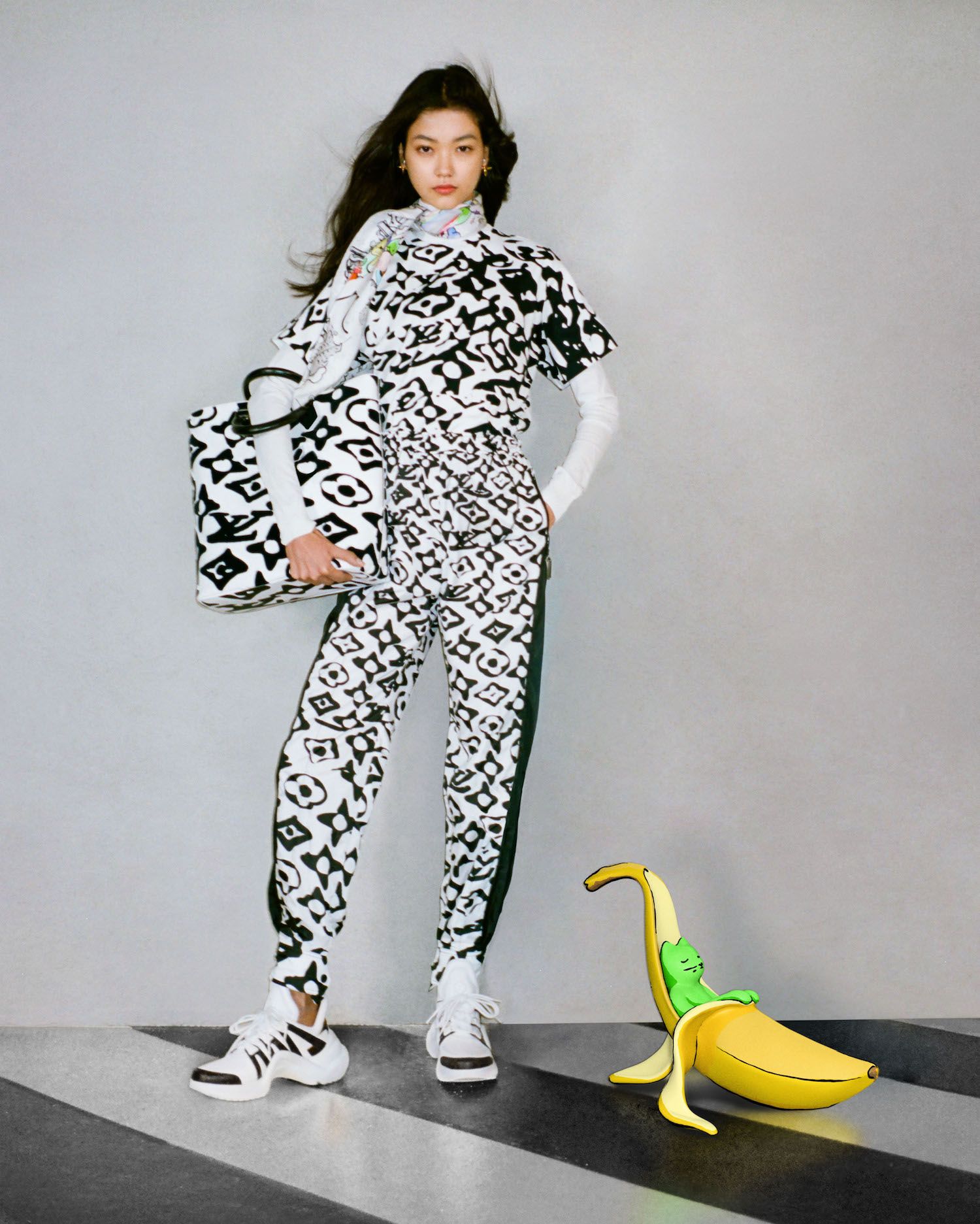 The collection marks the second time the celebrated conceptual artist has collaborated with Louis Vuitton. In 2019, Fischer was one of six artists selected to redesign the Capucines bag, as part of the brand’s Artycapucines capsule. Then, Fischer left the carryall intact, simply attaching a realistic sculpture of a carrot, apple, or banana to a thin gold chain on the bottom of the bag. 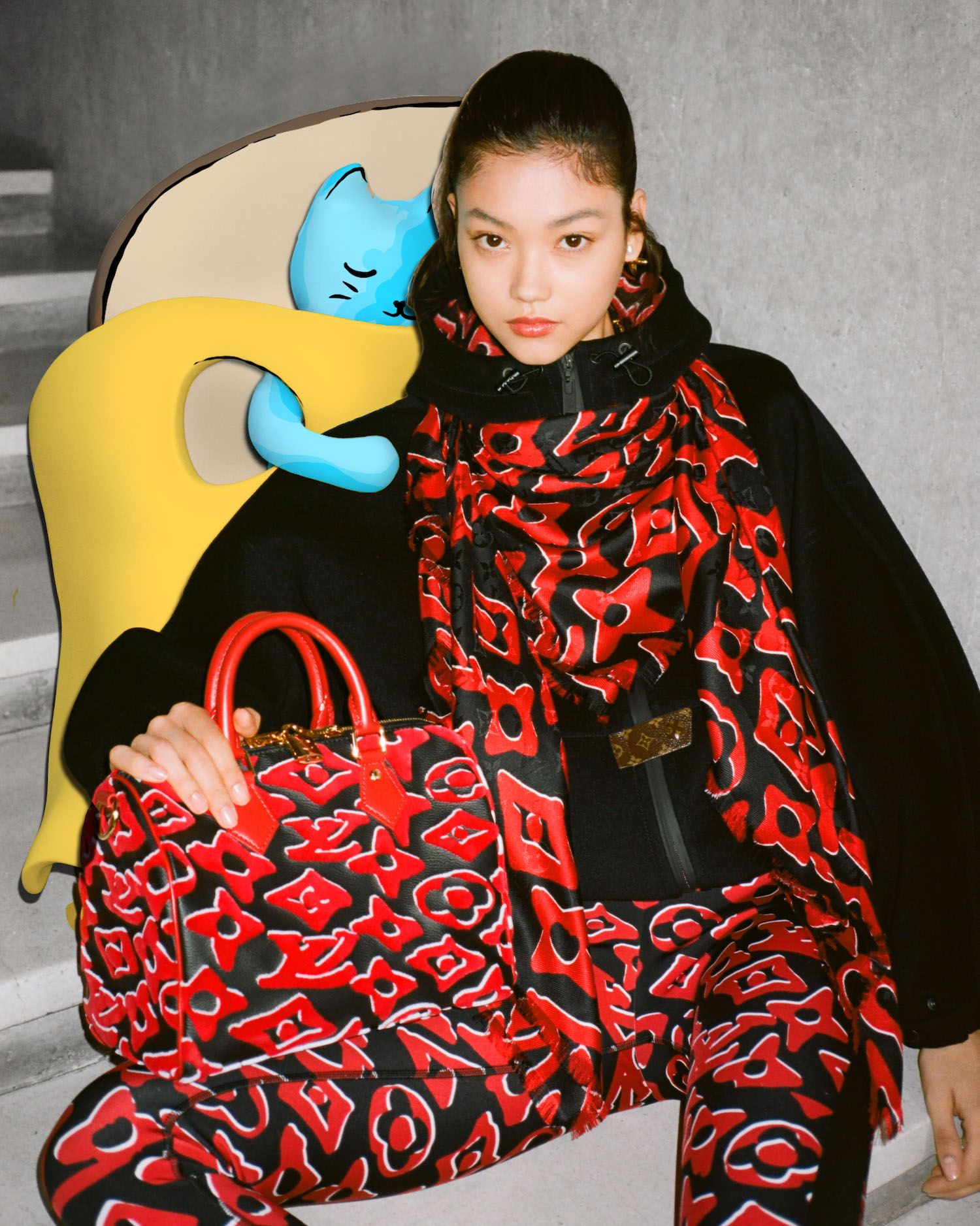 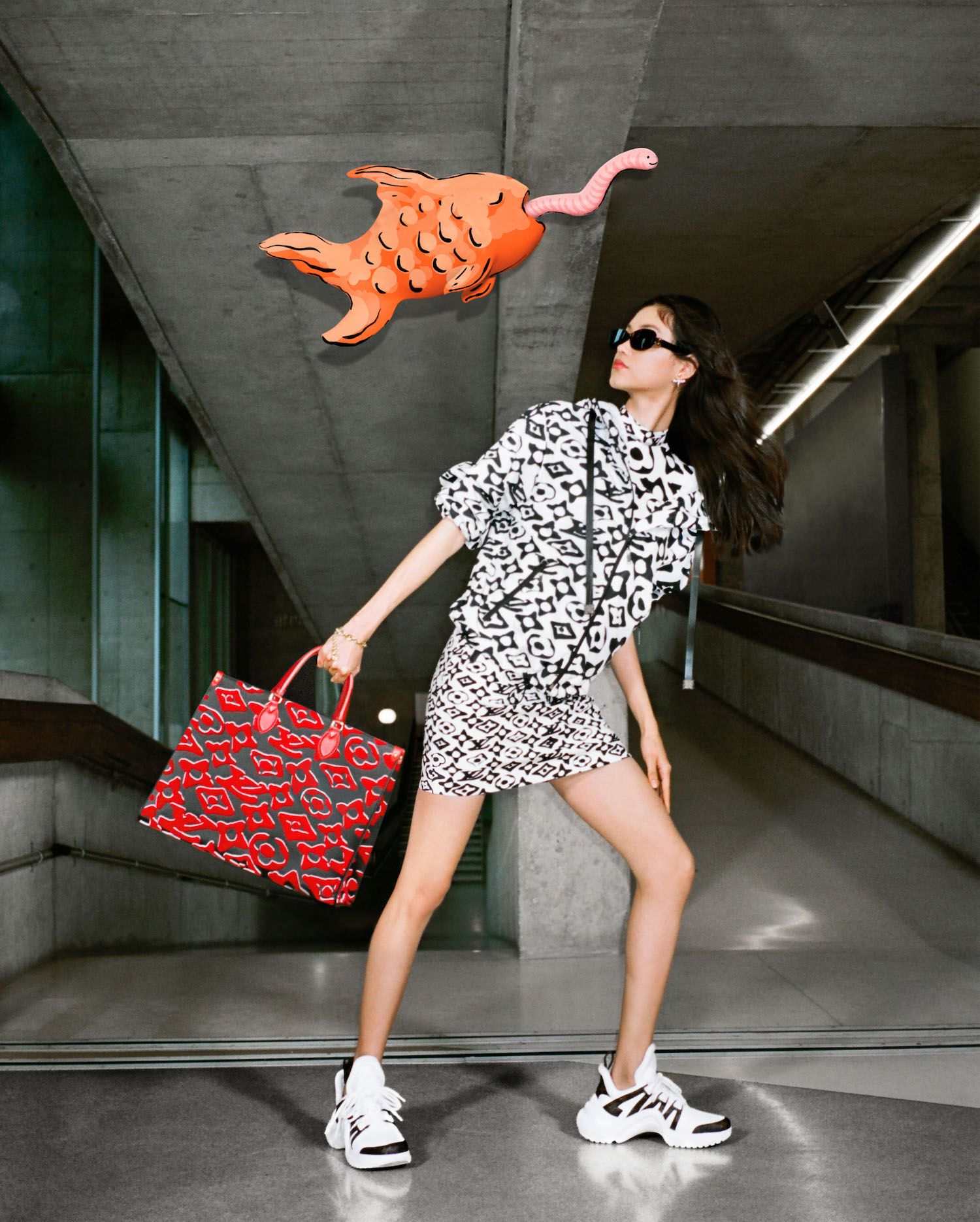 Some of that produce returns here—along with a cartoon rendering of a cat holding a light bulb, sitting in a large Speedy, and a goldfish with a worm slinking from its mouth, gliding over a model in a windbreaker and miniskirt—serving as backdrops and prop pieces in the whimsical campaign. That whimsy is what the man is known for, after all.