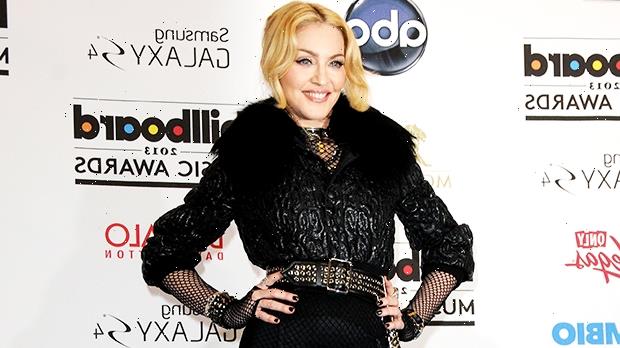 Ouch! The pop diva proved she was one tough cookie while showing off her injury wearing designer duds for an Instagram.

Madonna, 63, is no wuss. And the pop diva made that much clear while revealing a giant bruise on her thigh in a stylish new Instagram on Jan. 13. Madonna managed to still look sultry as she stuck her leg out and pulled up her striking gold and black Versace frock to show the massive blue and purple mark on her gams. The bruise was only accentuated by her thigh-high stockings and heeled boots in the sassy set of photos. Despite the injury, the “Like A Virgin” songstress seriously stunned in her robed frock, which featured the Italian fashion house’s iconic Greek key motif along with rows of chevrons. Madonna continued to amp up the glamour with long, blonde braids, blackout shades, and a full nude pout.

She struck a number of edgy poses in the photos, pointing her hands at the camera like a gun while also sharing a close-up of her bikini region and another of her bra-clad chest to highlight her jewelry collection. Reflecting on her injury in a poetic manner, Madge captioned the shot saying, “Life has beaten me up! Do you think I give a F***?” She went on, “Only the Devil Cares…. HOMEWEAR”, while tagging Versace at the end. 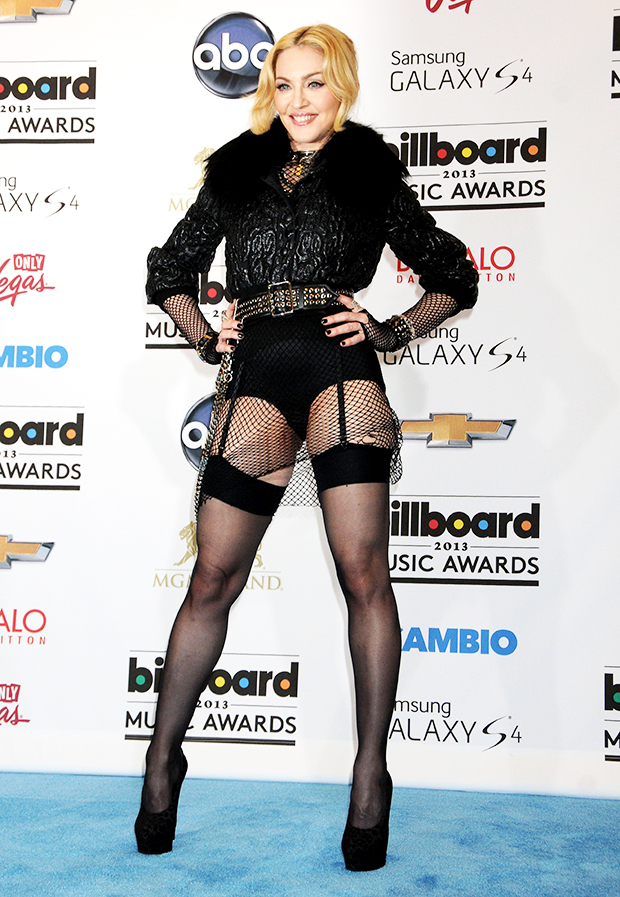 Madonna is no stranger to a serious injury. The star revealed that she had undergone hip replacement surgery following an on-stage during her 2019 Madame X tour, calling herself a “bionic woman”.

Madonna Then & Now: Photos Of The Music Icon To Celebrate Her 63rd Birthday

She opened about her injury in her Madame X Presents: Madame Xtra Q&A special for Paramount+ in Nov. 2021. While answering a question from A-lister Conor McGregor about how she stays fit, she said, “Let me be really honest with you—I used to be, like, a fitness/workout maniac. You probably know that right?… During my [2019 Madame X] tour—I don’t know if you’ve noticed it, but I’m limping a lot—I was in more pain than I’ve ever been in in my life. I’m a bionic woman—I had hip replacement surgery.”