But a certain old flame and upcoming wedding guest has hilariously trolled a bride-to-be with his RSVP response… and the internet is convinced that the former lovers still have some leftover chemistry. 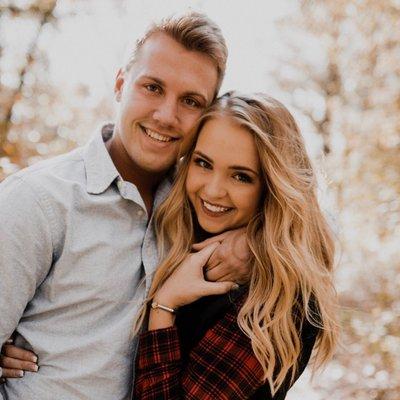 In a now deleted tweet, Hayley Stamper shared a photo of her ex-boyfriend's RSVP response in which he confirmed his attendance at the summer nuptials.

And underneath his chosen song request, the jokester promised to dance to the song "I Loved Her First" by country music band Heartland.

The hilarious response (with a slightly sad undertone) received over 100,000 likes on Twitter, with several people suggesting that "y'all more than friends."

The song's emotional lyrics include "I was enough for her not long ago" and "she still means the world to me just so you know." 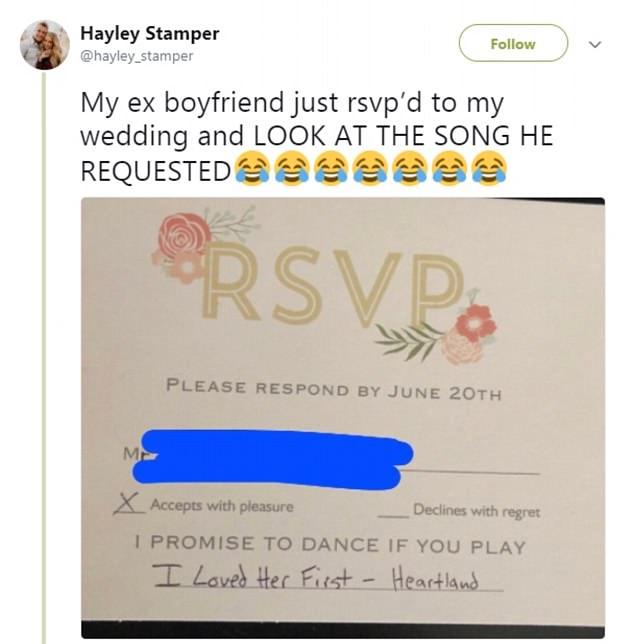 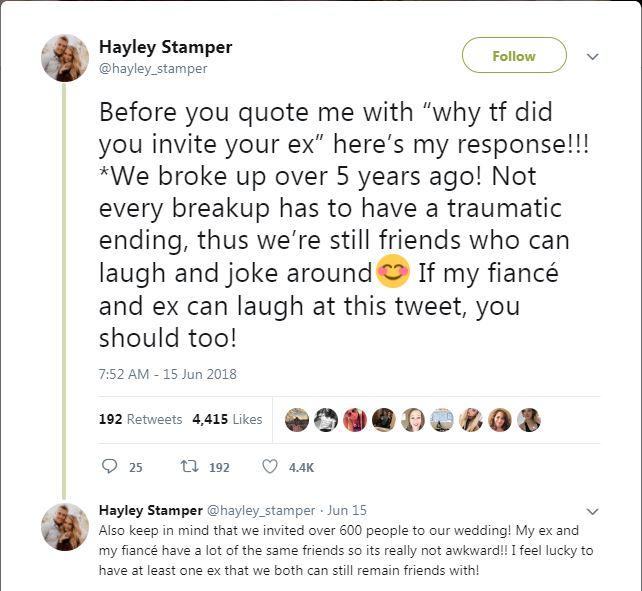 But Hayley insists that the two are just good mates and that her former flame and current fiance even played "on the same football team" in high school.

In a tweet defending her decision to invite her ex on her special day, the bride said "we broke up over 5 years ago" and that "not every breakup has a traumatic ending, thus we're still friends who can laugh and joke around."

But this didn't stop Twitter users asking "why the f is he invited???"

Hayley even told Buzzfeed News that the joking got so out of hand that she had been "slut shamed" for inviting him to the wedding.

This is despite the fact that the two dated when they were 15 years old.

Despite seeing the humour in her ex's RSVP, the bride said she will not be dancing with him to the aptly-titled song on her big day.

In other wedding news, this "cheeky" bride invited her uni pal to her wedding – just so they can chauffeur her elderly relatives.

These brides shed a whopping 32 STONE between them after feeling humiliated by their wedding day photos.

Wedding guest accuses couple of being 'stingy' for their laid-back catering which will leave guests 'starving'.