As you undoubtedly know, the cost of raising kids in the U.S. is rising steadily. A significant part of that expense is due to increases in childcare costs. But how much are American parents spending to have their kids looked after? Business Broker Network, an online marketplace for businesses up for sale, put together a set of maps that shows the average cost of childcare in every state. Spoiler alert: it’s a lot.

While there are large variations across state lines, on the whole, Americans are spending a huge portion of their income on childcare. Business Broker Network put the data together from a national survey of childcare providers, and the results are staggering. The highest cost, by far, is in Washington, DC, where parents are spending an average of $35,782 per year, or $2,982 per month. Massachusetts is the next most expensive state for childcare, where it costs an average of $29,426 annually, or $2,452 monthly. New York comes in third at $24,102 annually ($2,009 monthly). On the less expensive side of the spectrum is Mississippi, where parents put an average of $7,981 a year ($665 a month) towards childcare. 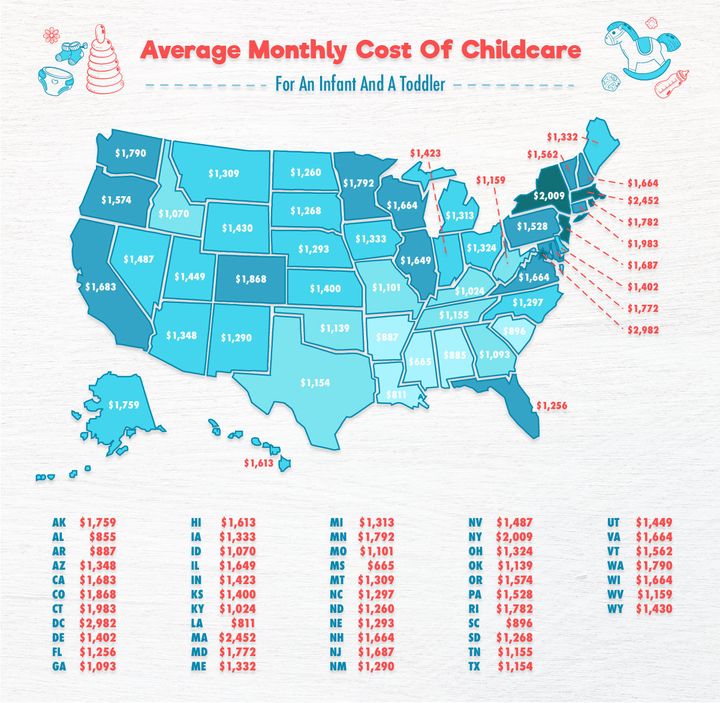 Business Broker Network also looked at each state’s childcare cost compared to its median income, as well as rent price for a two-bedroom apartment. The U.S. Department of Health and Human Services considers childcare affordable if no more than 10 percent of a family’s income is put towards it, but parents are ultimately spending much more, on average. Families in Washington, DC spend 26 percent of their annual income, Massachusetts spends 25, and Wisconsin spends 23. Even in states where the cost is comparatively low, parents still exceed what HHS deems affordable. For instance, families in Mississippi spend 12 percent, those in Louisiana spends 13 percent, and those in Alabama spends 14 percent. 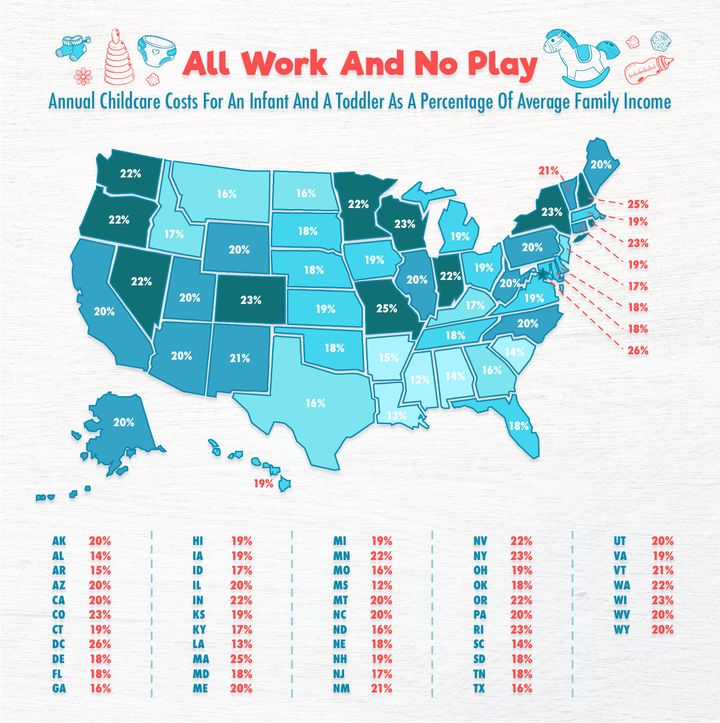 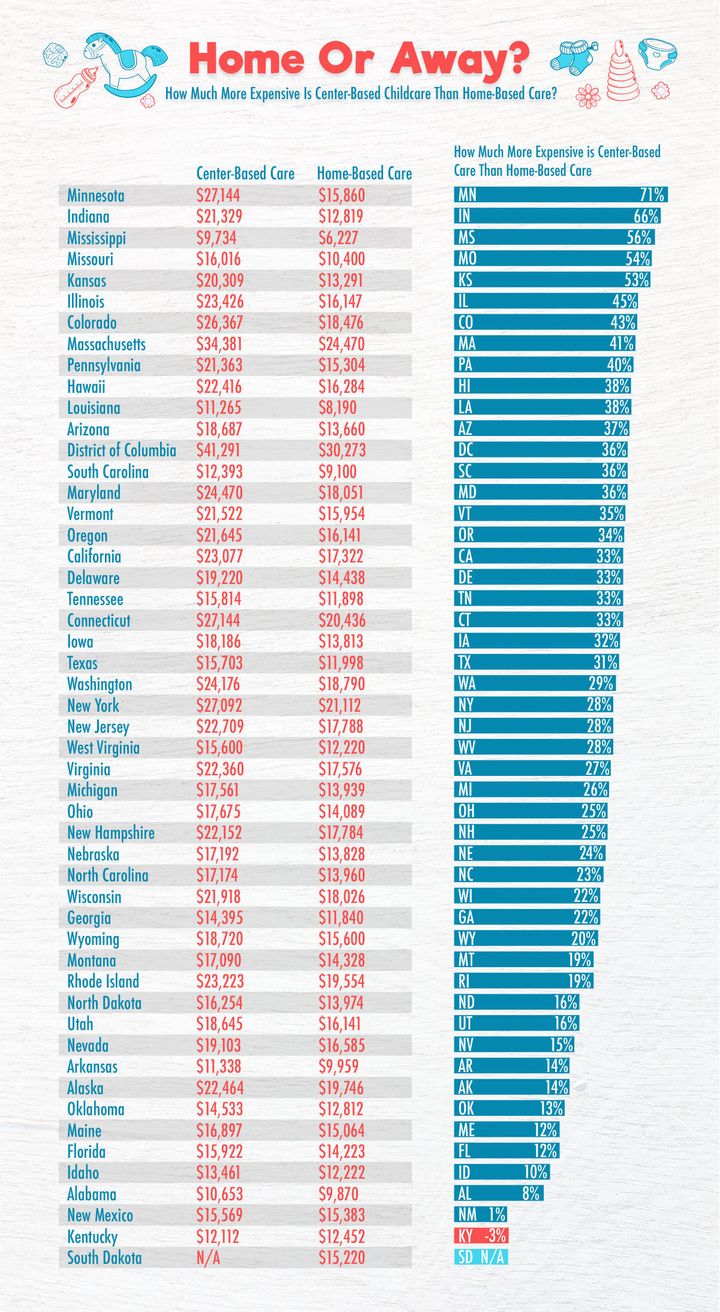 It should be said that this data is averaged and presented state-by-state, which means that costs can vary wildly in any given area (cities, naturally, are more expensive than suburbs) they also fluctuate based on the type of care parents are paying for. Full-time care in a name-brand establishment adds up to more than what a household with a stay-at-home parent would spend. Still, it ain’t cheap, and with childcare costs rising, the averages are worth considering for parents looking for cheaper areas to raise kids. 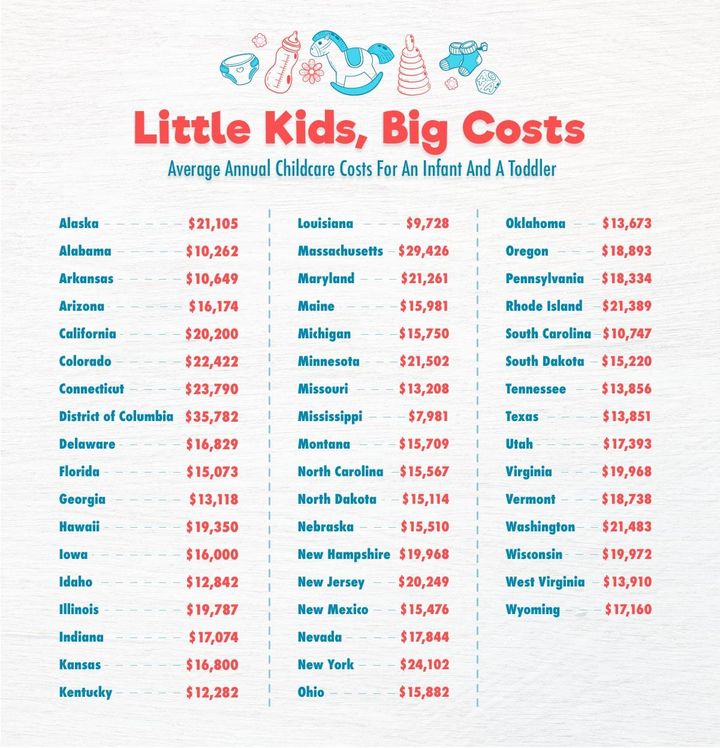