Home » Fashion » This is what your marriage proposal says about your relationship, according to Dr Pam Spurr

Wedding season’s fast approaching and that means there’ve been plenty of sore knees after those proposals that received big fat yeses. 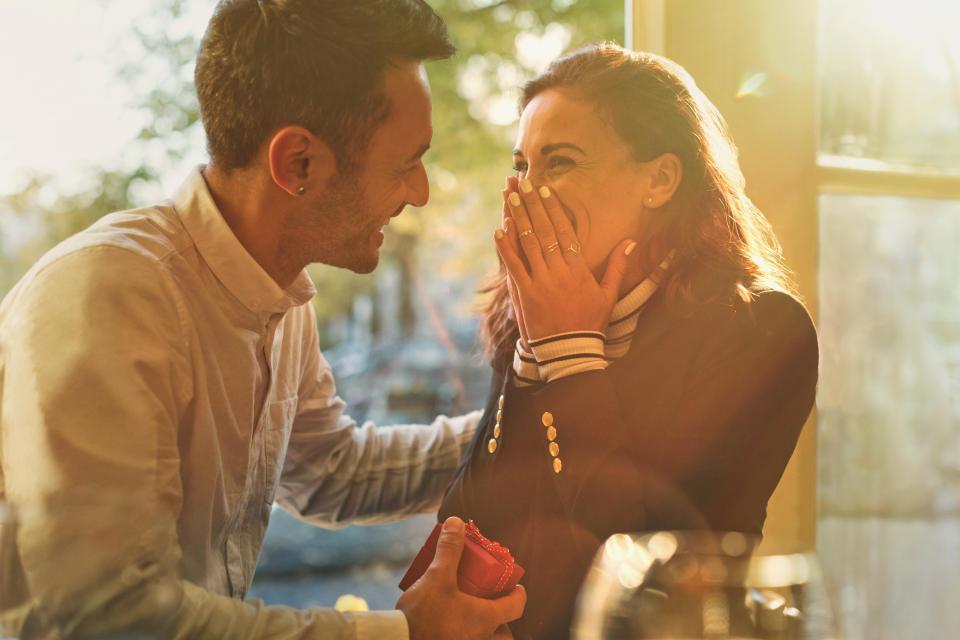 As reported in the Sun’s bizarre column, the Kaiser Chiefs’ front man, Ricky Wilson, has just got engaged.

You have to wonder if he proposed on bended knee or in a Modern Way (apologies for the pun)?

There’s one thing I know that’s revealed by Ricky’s proposal to Grace Zito. He popped the question having been with the stylist for three years.

And what does relationship research say about a proposal coming after three years? Read on. 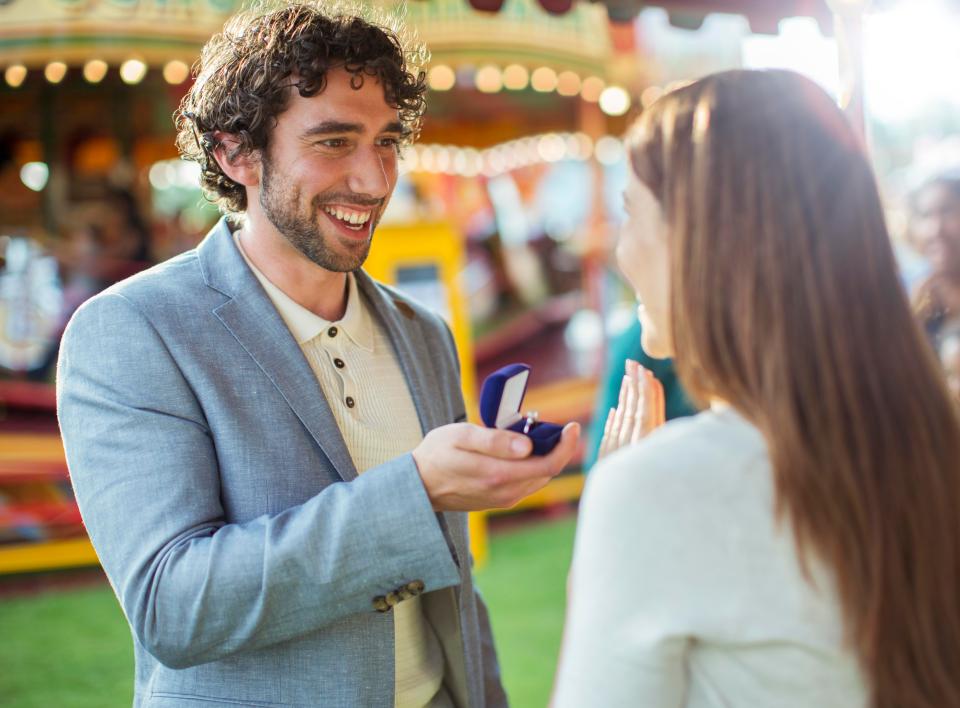 The intent behind them is to take control and shape your future life together.

It removes question marks from your intentions.

Proposals are steeped in traditions and don’t underestimate how certain details of one can signal something significant.

Seven must-know signals in his proposal

1. The Timeframe: Did he propose between 18 months and 3 ½ years of meeting you? Then just like Ricky Wilson he’s proposed in the so-called relationship 'golden window'. The stats show your marriage has a better chance of lasting if you commit in that timeframe.

Proposing sooner than that suggests a whirlwind relationship which are more likely to fail. Longer than that and he may’ve dragged his feet, not a good sign.

2. Public Proposals: Seems exciting your man orchestrated a very public proposal? Remember this flags up an extrovert personality. Fantastic if you love that side of him because you’re going to become a permanent part of his wilder ride through life.

If you’re secretly hoping to tame his more extrovert side, this is not a good sign.

3. Personalised Proposals: How much did he really think about your character and tailor his proposal to that?

Did he recreate the scene from your favourite rom-com? Or learn to sing your favourite love song? All in the name of creating a mega-personal moment.

You’ve got a romantic at heart, someone who’s unlikely to disappoint on anniversaries, birthdays, and other events/special dates. 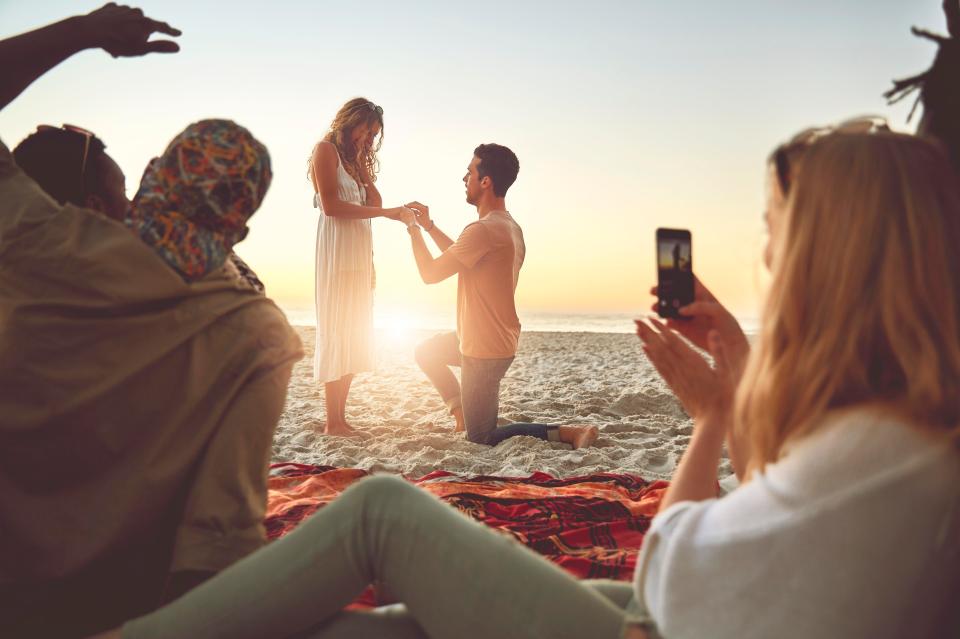 4. Extravaganzas: He pulled out all the stops and splashed the cash for his proposal. This can signal anxiety about whether your answer will be yes or no.

One relationship study suggests by making an extravagant proposal he puts more emotional pressure on you to say yes.

If you suspect this is the case, time to strengthen the trust and confidence in your relationship.

5. Mumbled Proposals: His body language is nervous as he mumbles will you marry me. This signals he finds it hard to be emotionally intimate.

But he could be a fantastic catch because emotional intimacy is key to a successful marriage. And by his proposal he reveals his deepest desire to share a life with you despite his insecurities.

6. The Pragmatic Proposal: When your partner comes out with: so I guess we should get hitched, don’t expect a lifetime of romance.

Yes, he loves you, but it’s as much about the practicalities of life like sharing a home together as anything else.

7. Classic on-one-knee proposals: I know of a rocker who’s been splashed across headlines for his antics and yet when it came to proposing it was a classic on-the-knee proposal. His girlfriend was surprised it wasn’t something rock ‘n roll.

But you know what? Deep down this rocker’s a traditional man. It’s a good bet if your man proposes in this classic way he foresees a traditional life with you.

You’ll carve out supportive roles, have children if you want them, add in some pets, and aim for traditional family-life.

Finally, this has been all about the guys proposing. It’s 2018 so don’t hold back if you’d like to propose to him!