Whom better suited to dispatch briskly with the demands of coronavirus-era child care? 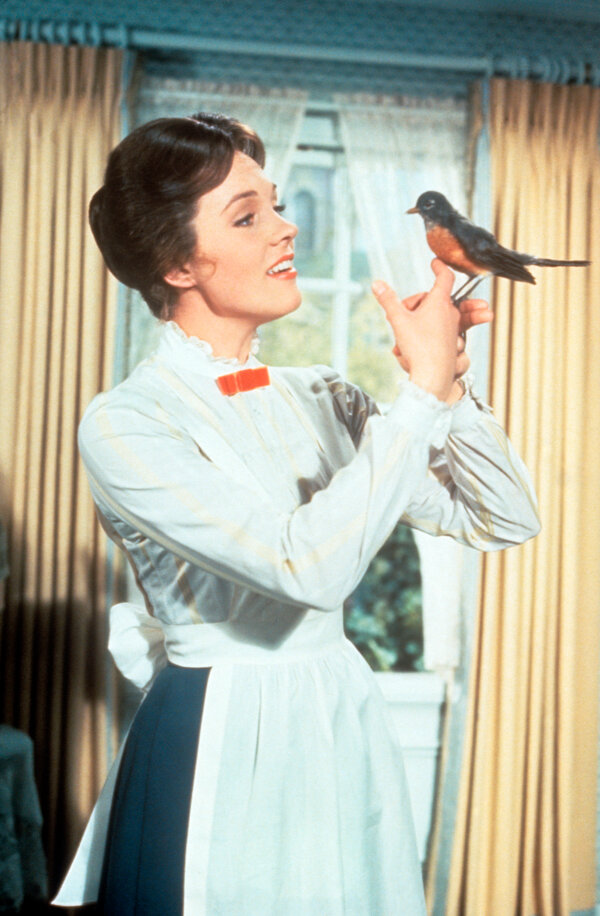 In her work as an estate manager, Kristin Reyes often finds herself fielding client requests for a special kind of child minder. “Callers will say to me, ‘Kristin, I need a modern Mary Poppins.’ Everyone knows what that means.”

It refers, Ms. Reyes went on to explain, to that old-fashioned paragon of patience, good cheer and decorum otherwise known as a governess. And, yes, she — most always a she — is back, a plucky hybrid of tutor and life coach in rising demand among affluent families scrambling to educate their offspring in the midst of a pandemic.

School shutdowns and social limitations have lent their search a particular urgency. “For the past six or eight weeks we’ve been slammed with educator and governess requests, from all over the country,” said Anita Rogers, the founder and chief executive of British American Household, a domestic staffing agency.

Orders began doubling as families girded for a fall semester and the rigors of remote learning, Ms. Rogers said: “During the pandemic, we’ve done very well.”

April Berube, the founder and owner of the Wellington Agency, a placement firm in Palm Beach, Fla., has been similarly besieged. “We’ve had a huge increase in calls for a governess or a nanny with a background in education,” Ms. Berube said, the majority young women, generally willing to live in the home for an indefinite period and equipped to instruct their charges in subjects that may vary from math to table manners to a faultless command of Mandarin verbs.

The contemporary governess may work in a formal household, staffed with drivers, cooks, housekeepers and the like. But unlike a conventional nanny she is expected to provide a high-end version of home-schooling. 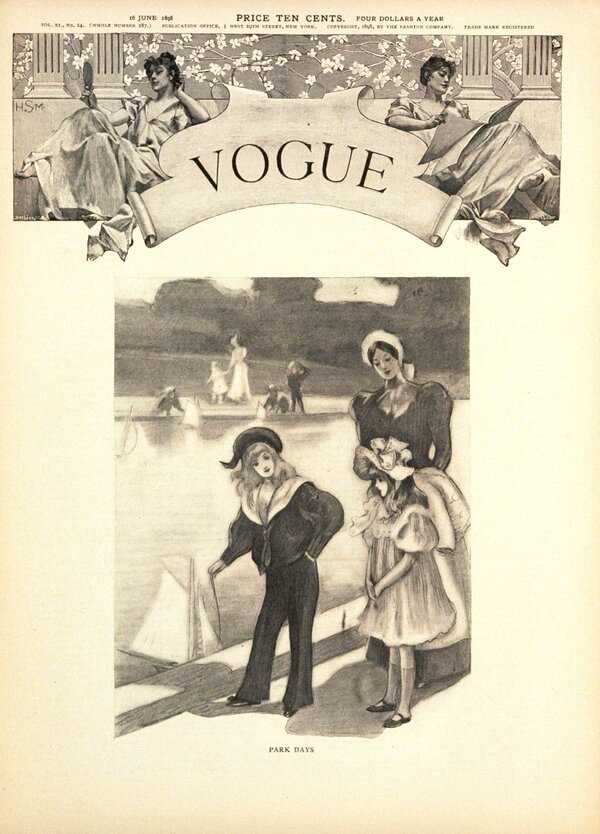 As often as not the job calls for a fancy pedigree that may include an advanced degree from an Ivy institution, a facility with languages, and manners that rival those of a marquise.

But the position has been democratized to some degree. ”It’s no longer exclusive to high-net-worth families,” Ms. Reyes said. During a health crisis that shows no signs of abating, two- career families will seek out a governess to function as a proxy parent to their toddlers or teenagers.

They may turn to a profusion of domestic staffing agencies springing up from Boston to Bahrain, placement specialists like Quality Nanny in Boulder, Colo.; Elite Nannies in Greenwich, Conn.; or Louer, on the Upper East Side of Manhattan, all posting positions that may call for a blue-chip education, driver’s license, passport and a willingness to relocate.

There are families riding out the pandemic in vacation homes in Aspen or Palm Beach, Ms. Berube pointed out, and others that routinely jet to far-flung locations overseas.

Some clients specify that they are searching for a governess. The title lends an aura of prestige, Ms. Rogers said. Others inquire in a more roundabout way.

”Families will copy and paste from something they’ve seen online,” Ms. Berube said. “They will send a textbook description of what a governess is. That means someone well spoken, polished, with as master's degree in education. They may throw in other things like a background in art.” Salaries vary, from $80,000 to $150,000 a year.

The title itself is quaint, conjuring that tight-laced, lavender-scented fixture of Victorian-era fiction, a Becky Sharp (briefly) or Agnes Grey. It is also loaded, trailing more than a whiff of entitlement.

“‘Who hires a governess? It’s not me,’” Ms. Rogers said, parroting a typical client. “At this level, it is people who want a mentor for their children, like something out of a movie.”

That is an impression some agencies work to reinforce. A cut-glass British accent like Julie Andrews’s is an advantage, Duke & Duchess, an international placement service, advises in its advertising. “Many international families like their children to learn the Queen’s English, free from any accent.”

Such implicit elitism will inevitably raise eyebrows. “It seems to me to be yet another example of the way society is fragmenting into the very rich and the rest,” said Ruth Brandon, a British novelist and journalist, and the author of a 2008 history, “Governess: The Lives and Times of the Real Jane Eyres.”

“Increasingly, the rich are opting out of paying taxes, isolating themselves in their own little walled-off bubbles of comfort,” Ms. Brandon said, “and so have no personal involvement or investment in public services, including schooling.”

Historically, the governess herself has not escaped negative scrutiny. True, she has been idealized as a proto-feminist heroine, a long-suffering Miss Eyre, genteelly impoverished but proud, surviving every crisis, her integrity intact.

She has been glamorized as the wickedly seductive protagonist of Regency romances with overripe titles like “In Bed With the Duke” or “The Rules of Surrender.” But she has also been demonized, a potentially sinister, and possibly deranged, Miss Jessel in “The Turn of the Screw.”

Her status has been as ambiguous as that of Nanny West, the nursemaid-slash-governess of “Downton Abbey.” “Who would want to trade places with her?” Daisy, a member of the kitchen staff muses. “You’re not one of the family, but you’re not one of us either.”

Even now, in a presumably more accepting era, her performance raises skepticism. “It combines all the worst aspects of home-schooling,” Ms. Brandon said. “The child doesn’t get to make friends of its own age and doesn’t form a life away from home.” Tartly, she added, “The range of subjects is necessarily narrow, restricted to what the governess knows.”

Yet ideally these days, the governess commands respect as a highly accomplished worker in a rigorously demanding job. “She is not just a stand-in for a fancy nanny, though nanny duties may be part of the job,” said Katherine Patterson, a placement specialist who worked as a governess early in her career.

“She is responsible for the child’s safety and welfare,” Ms. Patterson said. “But the role also dovetails with that of a teacher, an increasingly common scenario as the number of parents home-schooling their children continues to rise.”

Her position is nuanced, extending from a child’s education to that child’s social and emotional progress. No surprise, then, Ms. Reyes pointed out, that families now are requesting a background in child psychology or child development.

In this currently unstable climate, “kids have a lot more to learn about life at a younger age,” she said. “A governess can give a 5-year-old an outlet to talk about why they can’t see their friend or their grandparent. With Covid impacting everything, the governess is a kind of mini-therapist.”

Ana-Christina Alfonso, 42, who has worked for a family in Miami Beach since August, described the job more pragmatically. “The governess is a liaison between home and school, responsible for education, but also for scheduling appointments and teaching the children to play,” she said.

Her job, well paid and sweetened with perks that have included a private apartment on her employer’s property, is the envy of some friends. “They have asked throughout the years, ‘What can we do to get into your field?’” she said.

“I have to explain that there is so much more involved. You’re not working an eight-hour day. You are expected to provide the conventional curriculum but also teach sports.

“One of the questions I was asked during an interview was, ‘Do you play tennis?’” she recalled. “I do. Tennis instruction was part of the arrangement.”

She is also expected to instill some form of etiquette. Not that you would ever hear Ms. Alfonso chirruping, Mary Poppins-style, “Close your mouth, Michael. We are not a codfish.”

“It isn’t as if you are sitting at a table at noon with a formal place setting, but if we are having a meal together, I will put the napkin on my lap,” she said. “In my experience, the child always mimics the adult.”

She is no servant, Ms. Alfonso will tell you. But neither is she an equal. Though the work may take place in an intimate setting, it demands a degree of reserve. “I treat the environment like it’s my office or a corporation,” she said. “I’m not going to sit on the couch or at the kitchen table. My first rule is decorum. This is not my home.”

Ms. Patterson is as circumspect. “Living in obviously expedites the process of getting to know one another,” she said. But the governess is decidedly not a family member.

“It’s important to not get too comfortable and overstep professional boundaries,” she said, “something easily done when everyone’s guards are down.”

Being a governess presupposes a very atypical work environment. “There’s a plethora of dos and don’ts that just wouldn’t apply to a corporate workplace,” Ms. Patterson said. She declined to describe those rules. “That,” she said elliptically, “is for another day.”