She recalled: “I was drinking a three-litre bottle of White Lightning cider every day.” 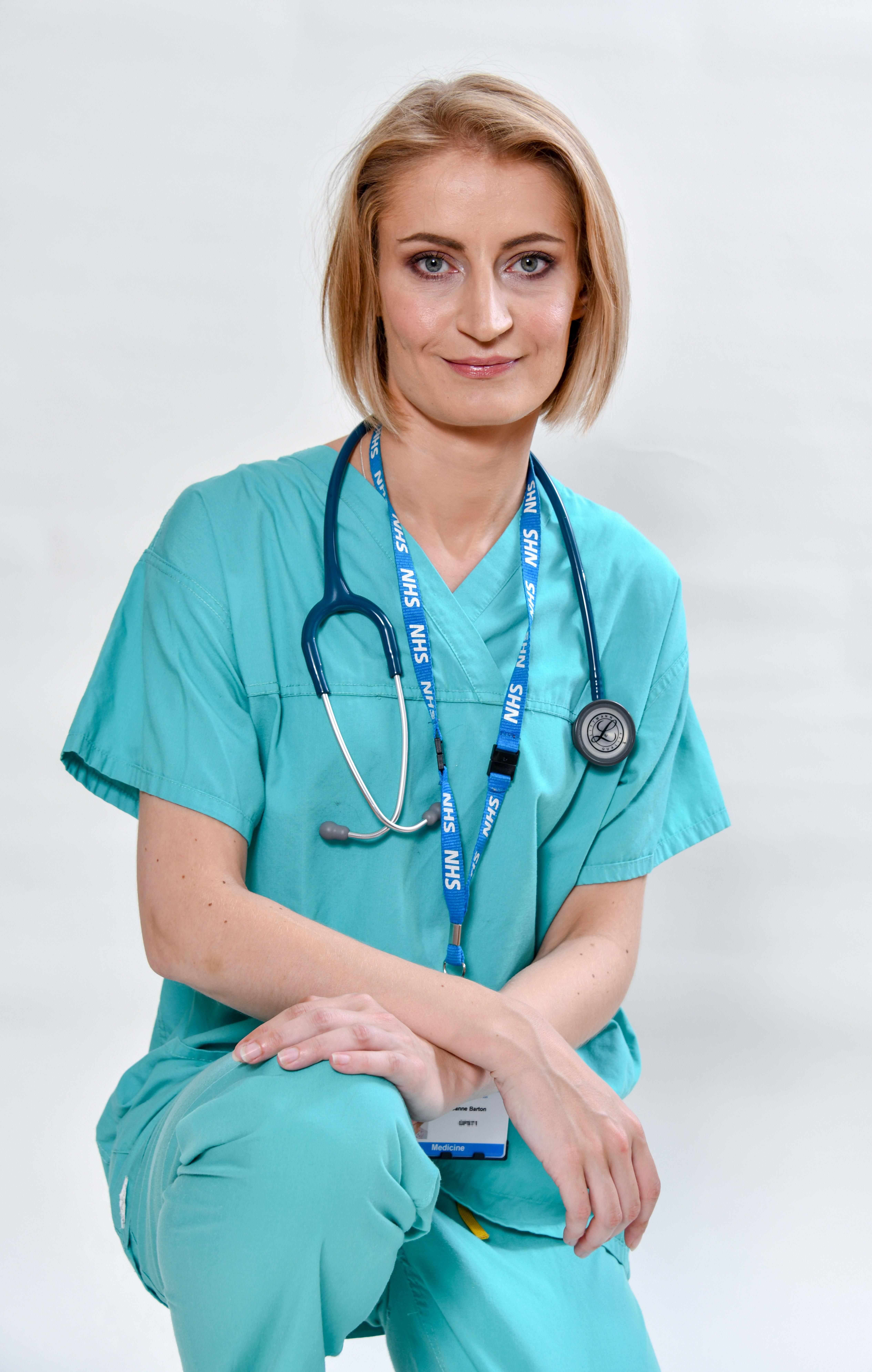 By 14 she was a school dropout, by 16 she was hooked on cannabis — but incredibly Jo is now working in A&E at a top hospital, having turned her life around through sheer determination.

Even Jo, now 32, sometimes finds it hard to believe.

She said: “At graduation, I kept thinking they weren’t going to read my name out and there had been a mistake. I’m still confused now.”

Jo grew up in Harlow, Essex, and her life first took a troubled turn when her parents divorced when she was 11. 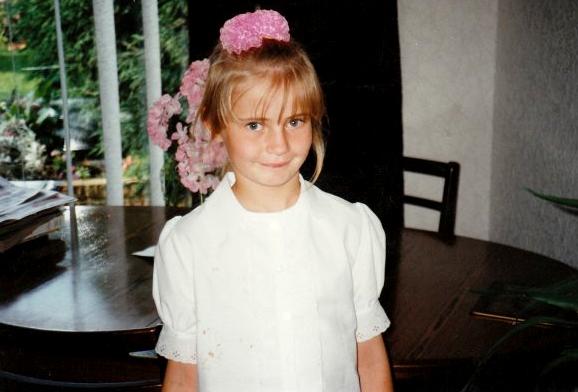 She went to live in a council flat with her mother, who was in and out of hospital due to bipolar disorder, while her sister stayed with their dad.

Jo, who now lives in Sawbridgeworth, Herts, says: “I started to rebel and began skipping school. I got into my first fight and the girl ended up in hospital.

“Then, when I was about 12 Mum got sectioned again and I lived in the flat by myself.

“I started drinking heavily and was wandering the streets looking for trouble. 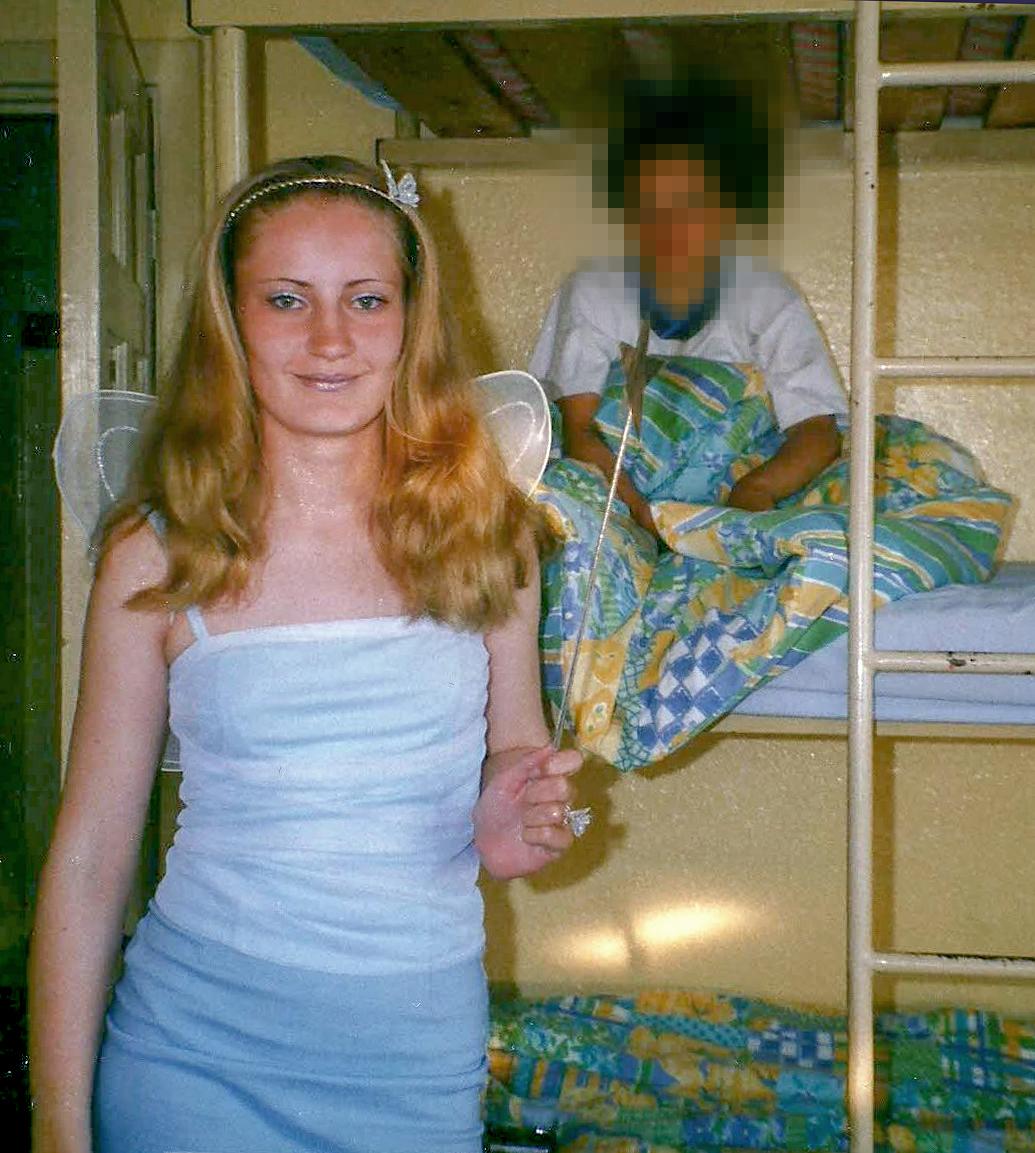 “I think the hospital and school thought I was living with my dad. No one said anything.”

When her grandparents found out, she moved back in with her father but it didn’t last long.

She said: “I had a massive fight with my sister about me drinking, so I left and moved in with a friend for about a year and a half.

“I dyed my hair pink and got piercings. I was drinking every day. With the piercings, people thought I was older so it was easy to get served. 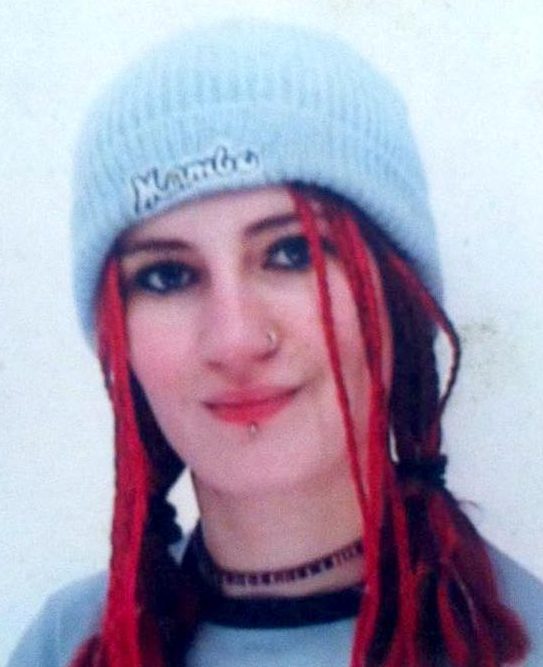 “I didn’t have any contact with my parents or sister during that time so they didn’t know what I was up to.”

By 14, Jo had stopped going to school altogether. She then got into shoplifting and one year picked up all her Christmas gifts by stealing them.

Jo said: “Another time, I got caught stealing a video from Blockbuster. They banned me from the shop. They could have called the police and that’s when I knew I needed to stop.”

Aged 16, Jo stopped drinking and moved back with her mum, but was soon suffering from depression. 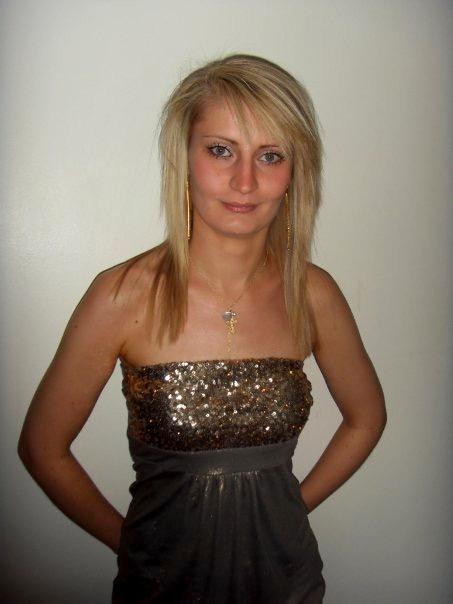 She recalled: “I spent a whole year in my bedroom. I lost a lot of friends and felt very isolated. That’s when I started smoking weed.”

Her lowest point came at 17 when she came close to suicide.

She explained: “I didn’t want to be here any more and thought it was the only way out. But then I thought about Mum and what it would do to her. I thought I should give life one last shot.”

She gave up cannabis, and in search of a fresh start, decided to move away from Harlow. The teen got a job as a live-in waitress at a restaurant in Great Dunmow, Essex, where she met her partner Daniel Letch, now 38 — but she got the sack after three weeks.

Jo said: “I accidentally dropped some bread on Rod Stewart.

“He was absolutely fine about it but my manager said I’d made too many mistakes and they’d have to let me go.”

Forced to move back to Harlow, she applied for a healthcare assistant job at a care home for the elderly after spotting an advert in her local paper. It was her first step to a new life.

Jo said: “You didn’t need any qualifications, but could train for them while working. I liked caring for Mum so I thought I might as well try.” 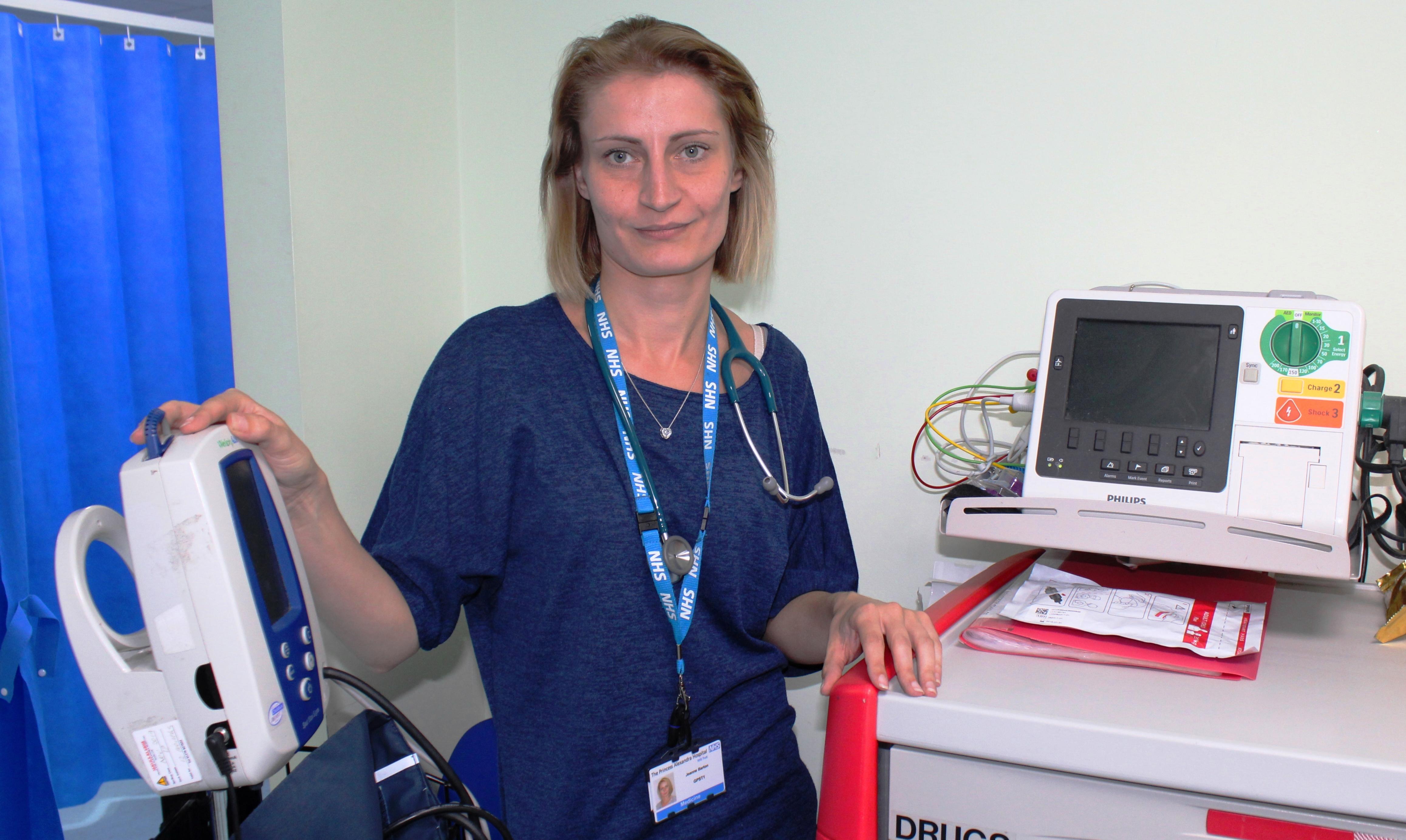 Two years later, she got her NVQ and found a job at Harlow’s Princess Alexandra Hospital as a healthcare assistant on an elderly care ward.

Jo said: “I loved the job but kept looking at the nurses, thinking ‘Maybe I could do their job?’.” Inspired, she began an access-to-nursing course.

Jo recalled: “I was working 60 hours as a healthcare assistant then travelling to the college in Enfield, North London, two nights a week.”

But keen to learn even more, during one shift she asked a surgeon if she could watch him during an operation.

She said: “It really sparked my interest and afterwards I said to him, ‘I’d love to be a doctor one day’. He replied, ‘Yeah, why not?’ I never thought it could be a possibility.” 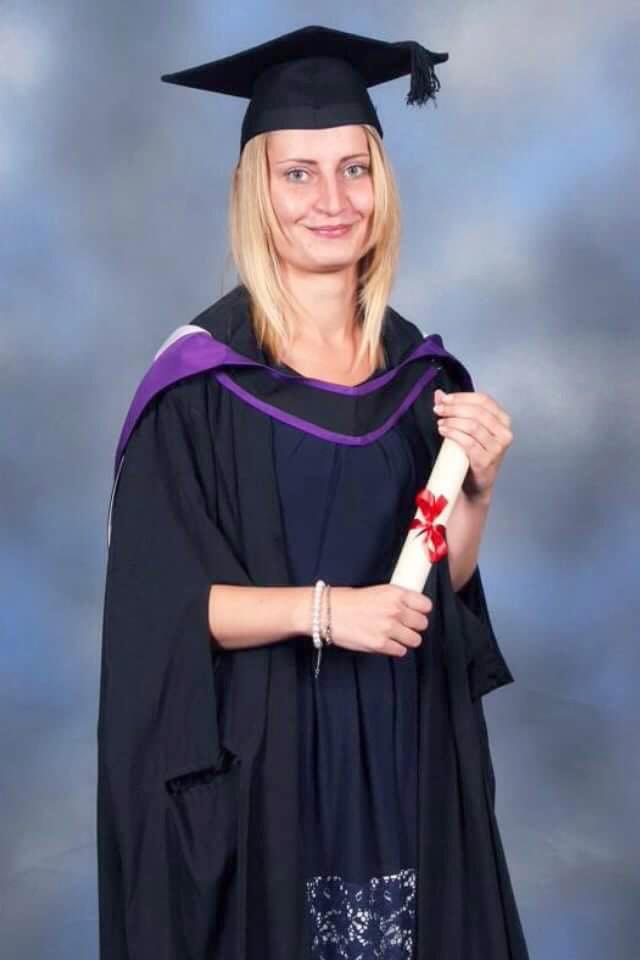 She passed access-to-nursing exams in 2006 and then, fired up, applied for an access-to-medicine course. This is a route to a medical degree for those without A-levels in biology and chemistry.

She was accepted on condition she got maths and English GCSEs, so she studied for them at home.

Jo recalled: “I had to sit the exams at a school and I remember one of the teenagers said to his friend in front of me, ‘This is why we need to pass our GCSEs because we don’t want to end up like her, coming back’. It was so embarrassing but I told them it was true.”

After the access course she did a six-year degree in medicine at St George’s Hospital in South London.

She said: “Most of my friends on the course were from privileged backgrounds. Their parents were doctors, paying their rent.

“But I was only having one meal a day, travelling six hours there and back and working nights and weekends as a healthcare assistant.

“There were lots of times I thought about quitting, especially because of money.”

“It was hard but I got on with everybody. There was no stigma.”

Her final year was her hardest as her mum was sectioned again, meaning she had to juggle her studies with visiting her.

She said: “The only place I could study was on the Tube.” After a stint volunteering in Malawi, south-east Africa, Jo graduated as a doctor three years ago.

She is now back at Harlow’s Princess Alexandra Hospital as a GP registrar in A&E.

She said: “I’ve been through a lot, I can empathise with patients. I am proud of my working- class background and I wouldn’t change it for the world.

“At school, I always thought I was stupid. I gave up and didn’t try.

“If I can encourage one person to follow their passion, then it’s been worthwhile.”

Troubled beginnings did not hold Dr Jo back – and there are others who overcame adversity to find success, as Grant Rollings reports. 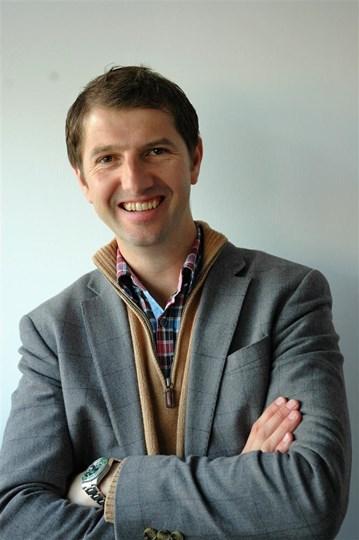 Began using drugs aged 12, and from the age of 15 until 20 was taking them every day, including heroin.

He is now 39 and his catering firm, Regis Banqueting, has an annual turnover of more than £1million. 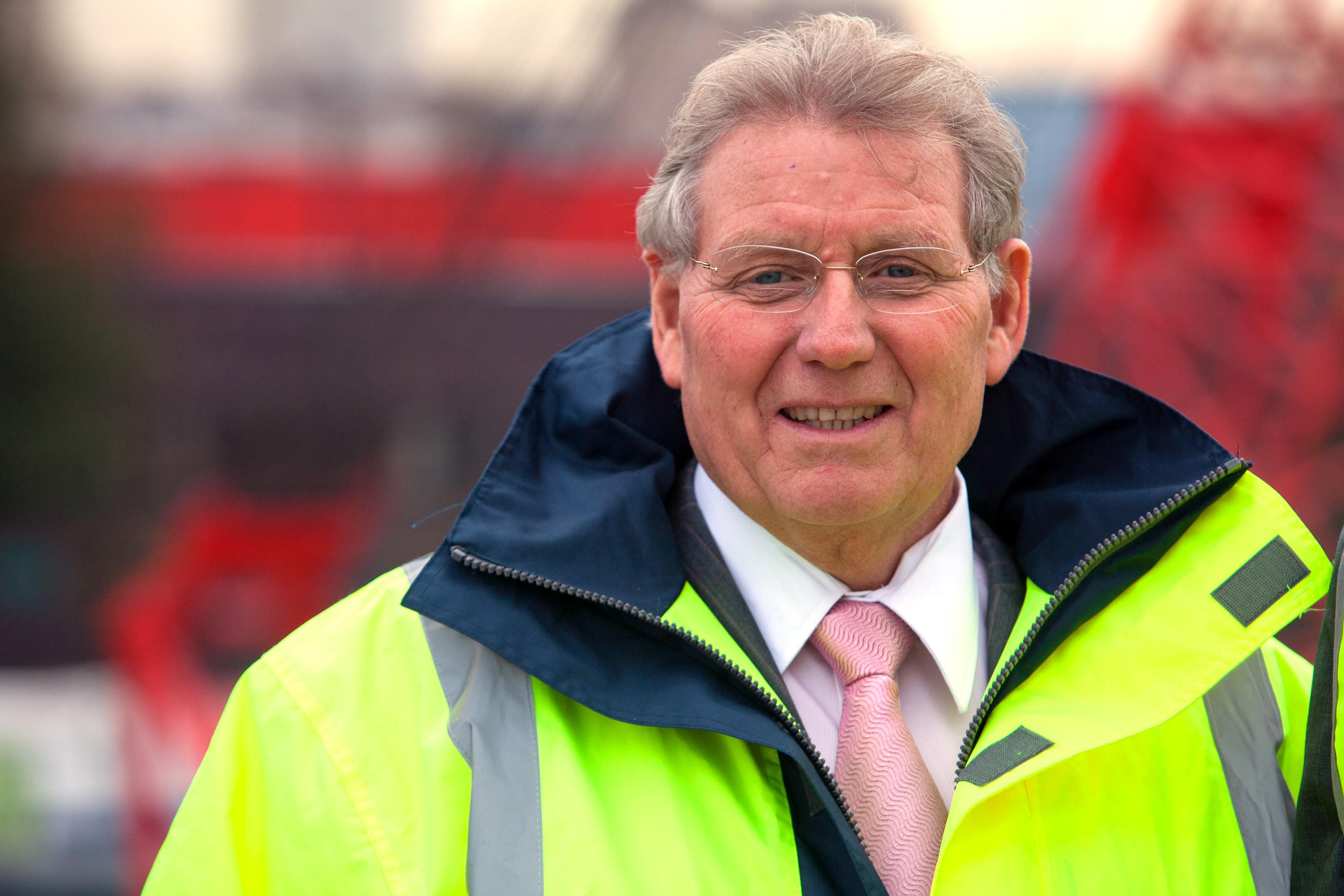 Adopted at the age of four by travellers, Tony lived in an old railway carriage and was arrested for stealing ice cream at the age of 12.

Even though he struggled to read and write, he worked his way up from selling logs to selling homes.

The 70-year-old multi-millionaire founder of Berkeley Homes now lives in a 16th-century mansion. 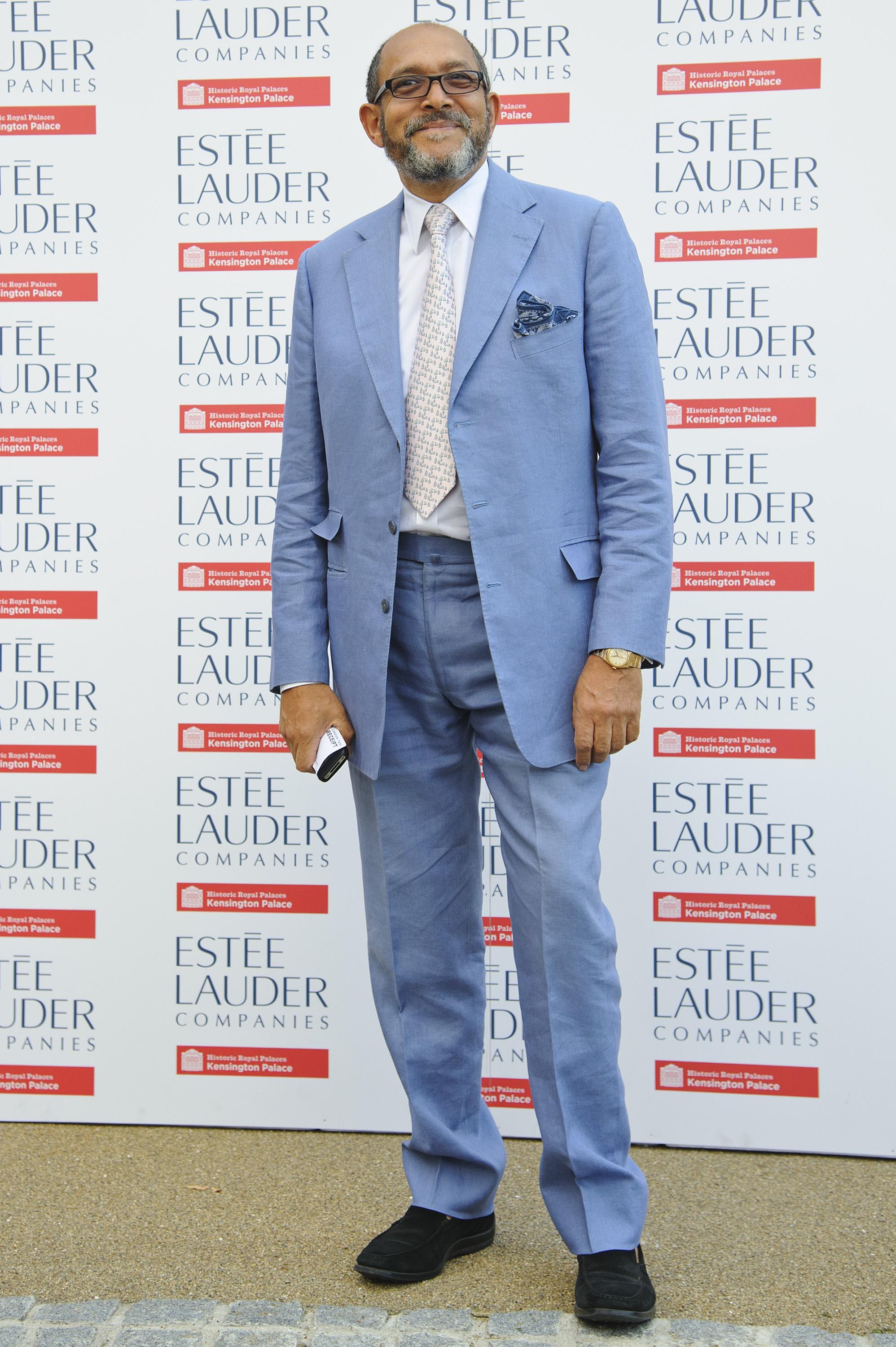 Grew up in care and at 13 was kicked out by a foster mum for being “a bit crazed”.

But he went to art school and became a fashion designer. Now 67, his clients have included Princess Diana and Kim Kardashian. 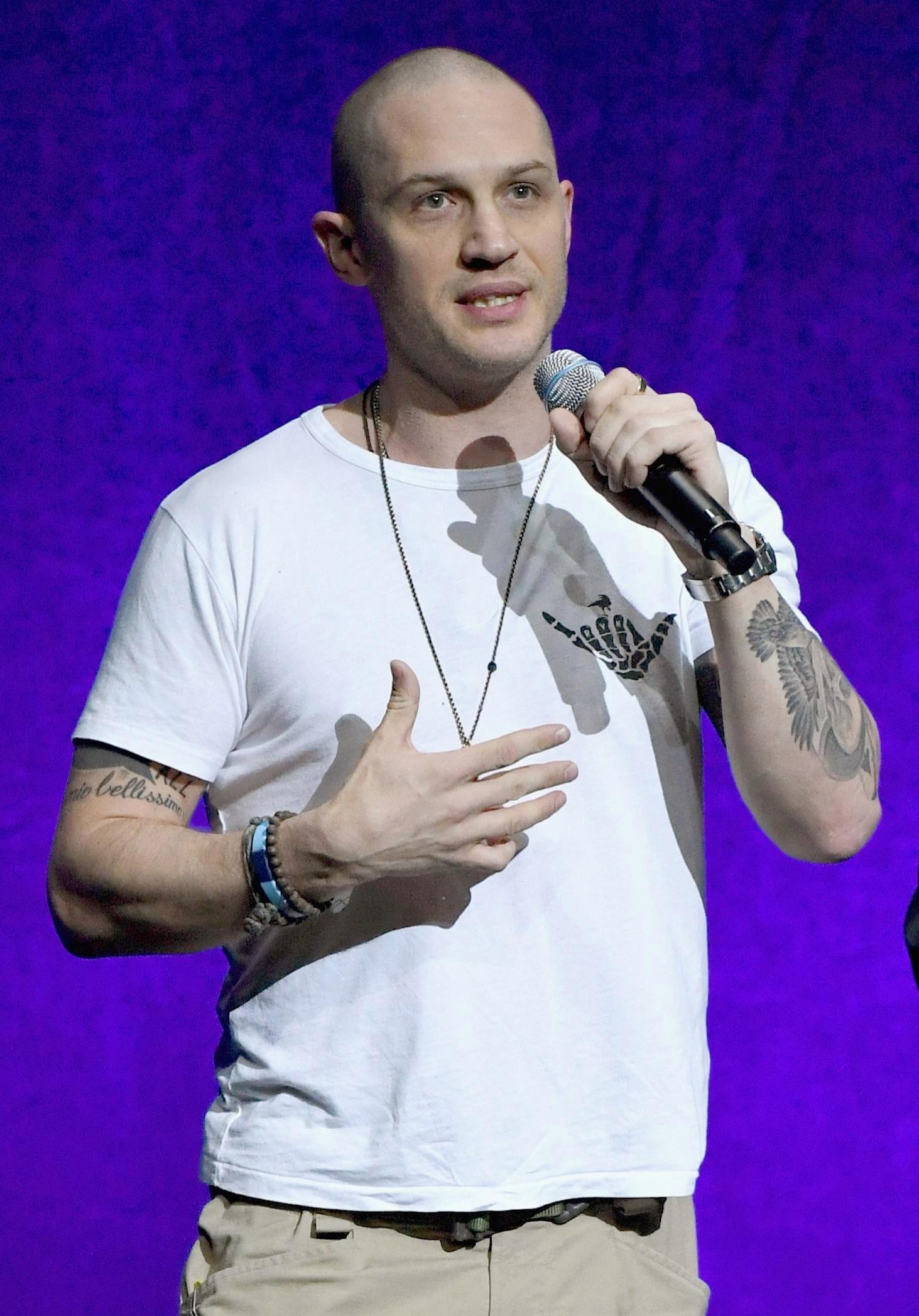 Expelled from boarding school for stealing, then by 16 was addicted to crack cocaine.

At 17, he was arrested for possession of a gun in a stolen car.

But after rehab he began acting and at 40 is an A-lister, nominated for an Oscar for his role in 2015’s The Revenant.