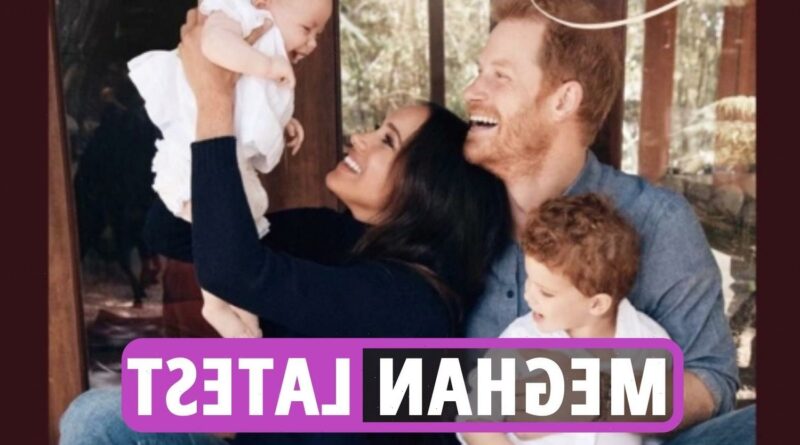 MEGHAN Markle and Prince Harry have released their official 2021 Christmas card and it gives the world our first glimpse of baby Lilibet.

The Duke and Duchess of Sussex stuck with their tradition of unveiling the card on December 23rd but it came slightly earlier in the day than it has in recent years.

This year Meghan and Harry's second child Lilibet Diana is featured in an adorable scene.

Lilibet is seen giggling as Meghan holds her aloft while Archie and Harry sit along side them smiling along.

Archie looks the spitting image of his dad Harry as he is seen wearing a smart white shirt with a full head of red hair.