Home » Fashion » Meghan Markle: the hero in a halter-neck

The wedding of Meghan Markle to Prince Harry was a momentous occasion for many reasons – the preacher and the semi-solo stroll down the aisle to name a couple. But it was also the day a halter gown made history.

As the newlyweds departed Windsor Castle for a private reception at Frogmore House, Markle wore a halter, mock-necked gown made in silk crepe by British designer Stella McCartney.

"The bride's evening dress is designed by Stella McCartney and is a bespoke lilywhite high-neck gown made of silk crepe. The bride is wearing shoes from Aquazurra made in silky satin, with nude mesh, with soles painted in baby blue," a palace spokesman said. 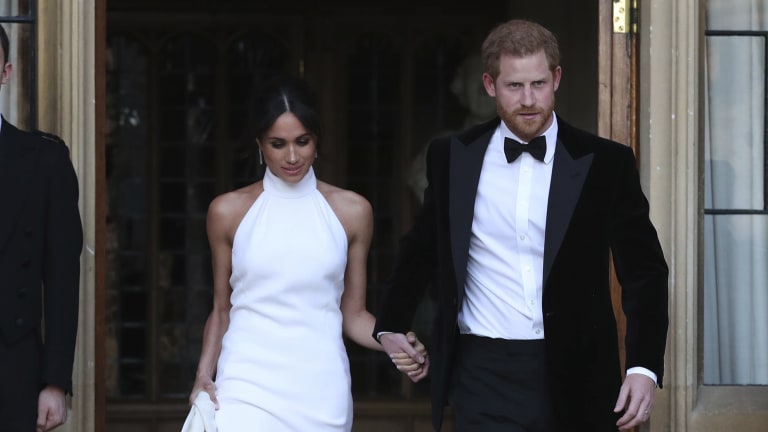 The newly married Duke and Duchess of Sussex, Meghan Markle and Prince Harry, leave Windsor Castle after their wedding.

A similar style was made famous by another American actor: Marilyn Monroe in the 1950s film, the Seven Year Itch.

Fast forward 60 years and instead of standing over a subway grate, the former Suits star was on the steps of Windsor Castle as a newly minted duchess and one of the most senior members of the British royal family. Albeit in a less plunging version.

While the dress was consistent with her style – in it being simple, elegant and sophisticated – it was loaded with symbolism.

A hard gig for such a small amount of fabric.

By choosing McCartney – the designer daughter of Beatles legend Paul McCartney – for her reception gown, Markle rounded out the day by wearing two dresses designed by two British women for the occasion.

McCartney is renowned for her eco-friendly fabrics, vegan leather and conservation work in the production of her collections. The dress not only fitted perfectly, but it perfectly aligned with the duke and duchess' initiatives for global sustainability.

A beaming Harry whisked his bride to their private reception hosted by Prince Charles for just 200 of their nearest and dearest. The silver-blue Jaguar E-Type Concept Zero convertible was originally manufactured in 1968, and, in sticking to the royal family's commitment to environmental conservation, has since been converted to electric power.

Meanwhile in between sampling the mini rhubarb crumble tartlets and sipping Pol Roger Non Vintage Champagne, famous friends of the couple chronicled their time behind palace walls for their Instagram fans. 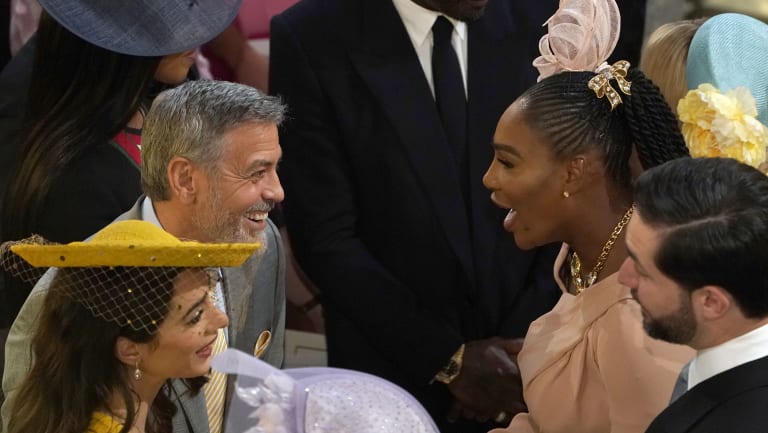 Serena Williams, who documented the day and night on social media, changed out of her blush Versace day dress and into an evening gown by Italian fashion house Pierpaolo Piccioli for the two private functions.

Actor and close friend of the bride, Priyanka Chopra, wore a custom Vivienne Westwood suit that turned heads at the ceremony before opting for an embellished off-the-shoulder gown from Christian Dior’s Pre-Fall 2018 collection.

Stylist Jessica Mulroney, another of Markle's close friends, also shared her after-five look on Instagram which was an open-backed, glittering departure from the tailored navy dress she wore while accompanying her three children during their pageboy and bridesmaid duties.

But despite more couture being on show than Paris Fashion Week, no other ensemble 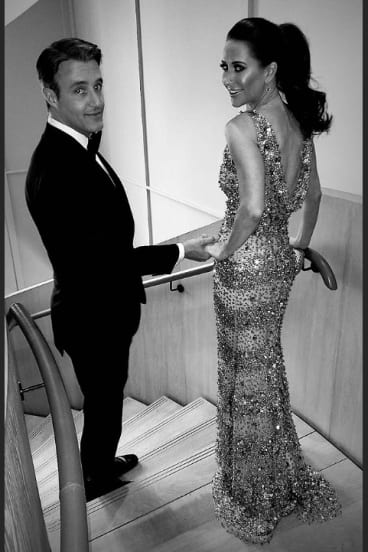 The spirits and style of both Diana, Princess of Wales, and Carolyn Bessette Kennedy, were also sewn into the duchess' party frock.

The form-fitting sheath was reminiscent of what Bessette Kennedy wore when she married JFK jnr in 1996 in a bias-cut slip gown by Narciso Rodriguez and she also accessorised it with "something blue" – an aquamarine cocktail ring from Princess Diana's private jewellery collection.

The bride reportedly received the ring, which was originally part of a set owned by Diana and paired with a pearl bracelet centred with a matching stone, as a wedding gift from Harry.

Monroe may have felt a "delicious" breeze from those whizzing trains in 1955 but Markle, in her halter-neck gown, is a breath of fresh air through the British monarchy. 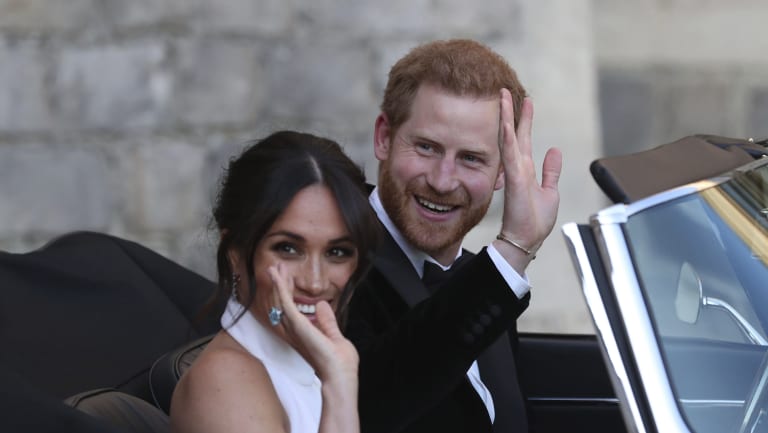 The duke and duchess leave for their evening reception.