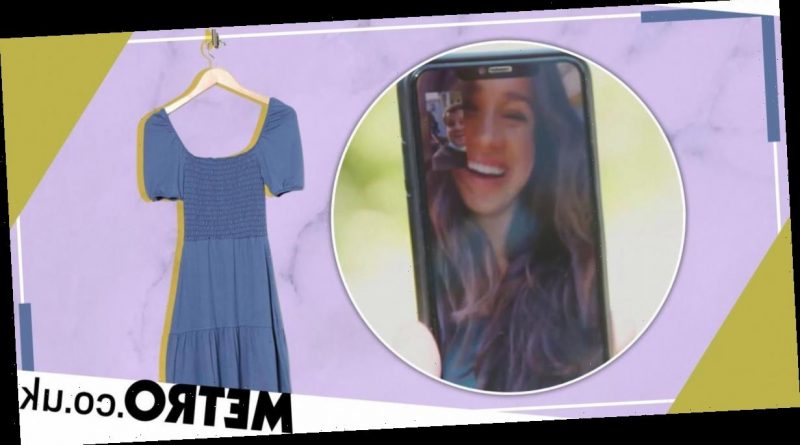 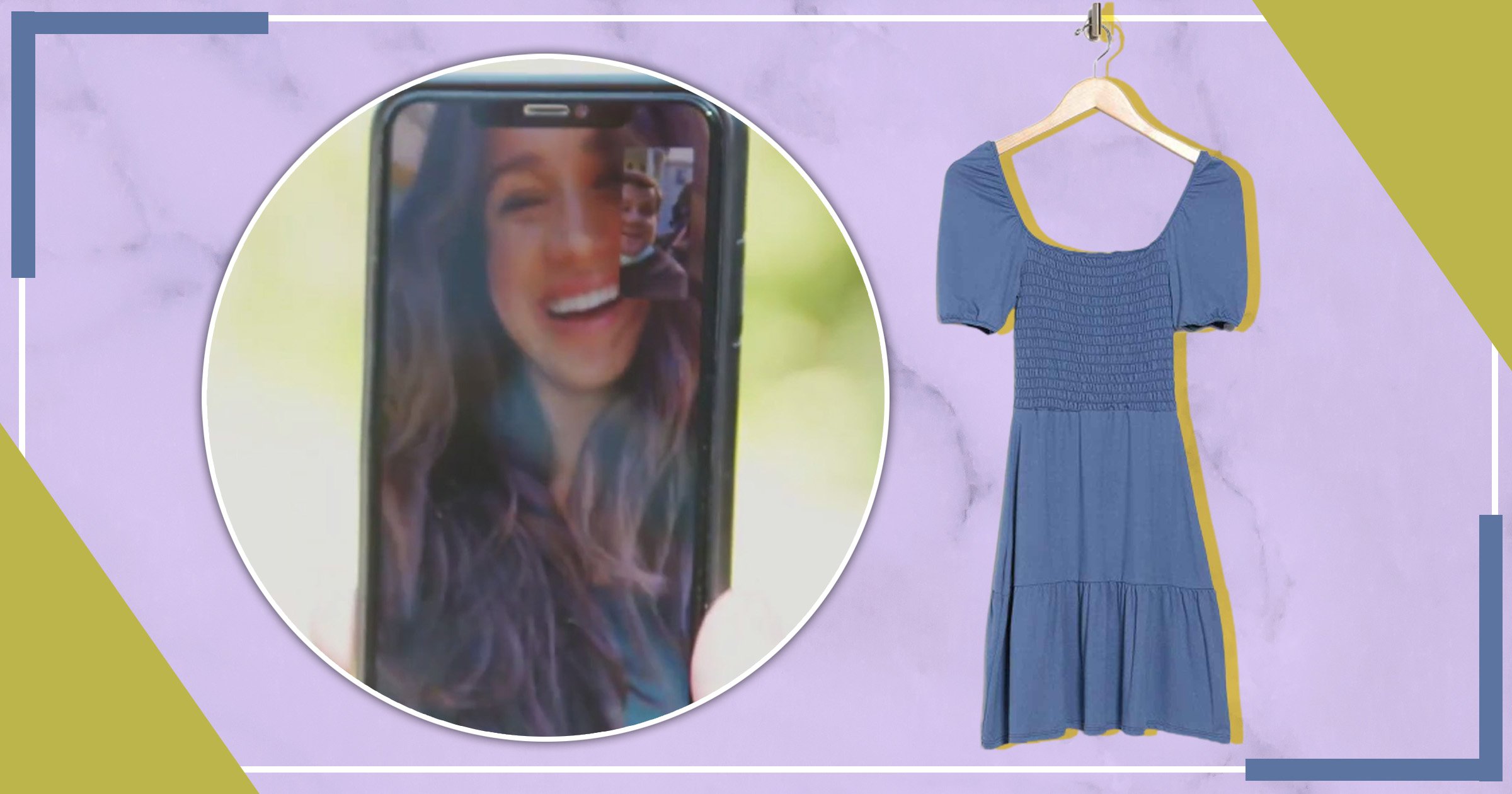 If you want to copy Meghan Markle’s style on a budget, this is your chance.

The pregnant Duchess of Sussex appeared on a Facetime call with James Corden on The Late Late Show.

Her husband, Prince Harry, appeared on the show and the host used his phone to give Meghan a call.

Although we didn’t get to see much more than her shoulders, the screen showed she was wearing a blue dress.

The dress quickly sold out after Meghan fans heard the news, but the brand is already restocking.

You can pre-order now for when they get some more ready to send out.

Posting on Instagram, Velvet Torch shared images of Meghan wearing the dress and said: ‘So this happened today!!’

Although based in the U.S., you can order from the website and it will be shipped internationally.

The bad news is the shipping to the UK costs more than the dress itself.

The estimated cost to London on the website was $46.28 (£33) – making the total cost of the item for UK customers £55, which is still pretty cheap.

While the model on their website wears it off the shoulder, Velvet Torch said you can also wear it up, like Meghan did in the clip on the show.

The brand has been inundated with Meghan fans keen to get the look.

Another added: ‘I need it because Megan wore it.’

‘Sparkle like Markle! Love this dress!’ Someone else said.