The Duchess of Sussex, 36, wore an A-line knee-length dress with three-quarter length sleeves. 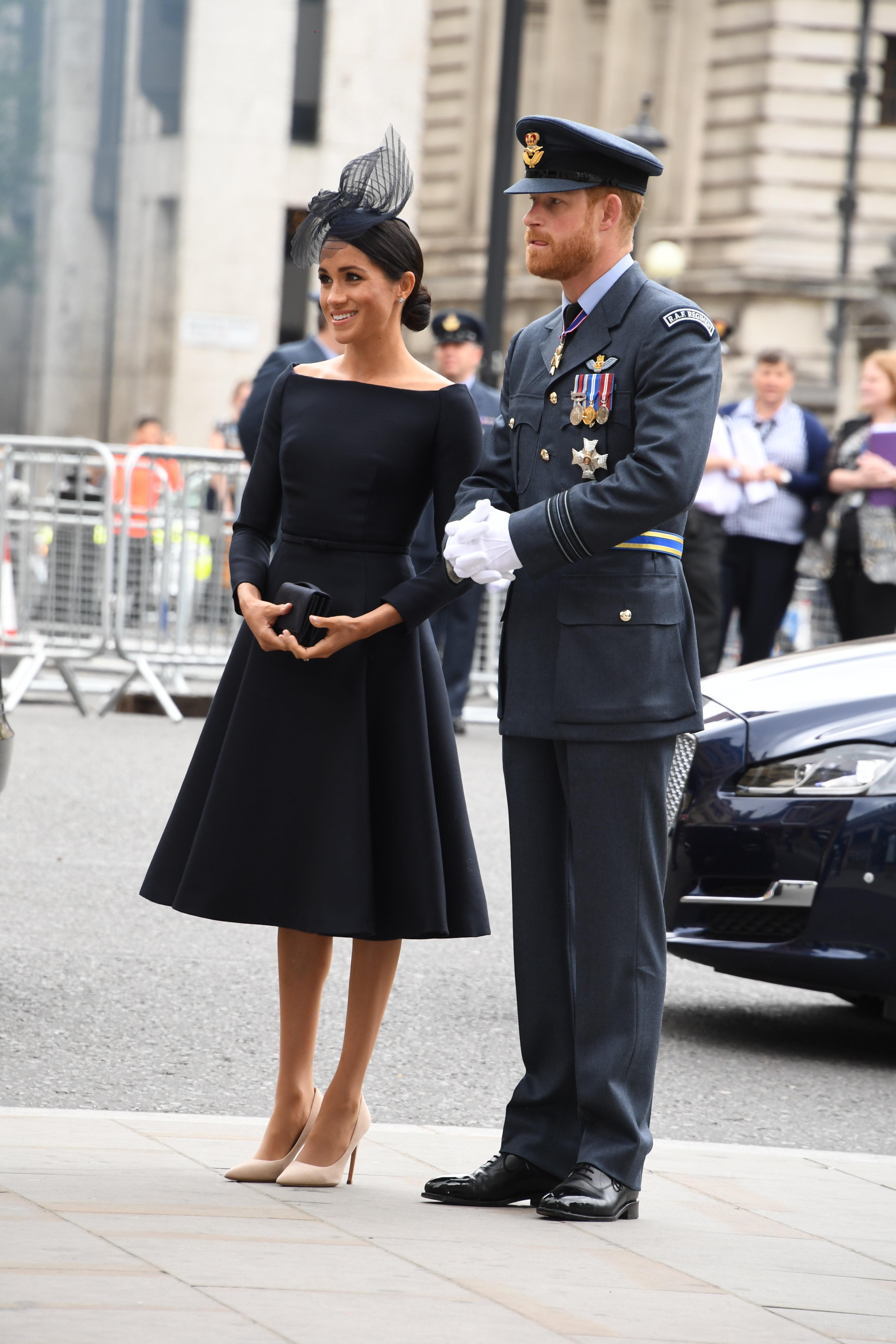 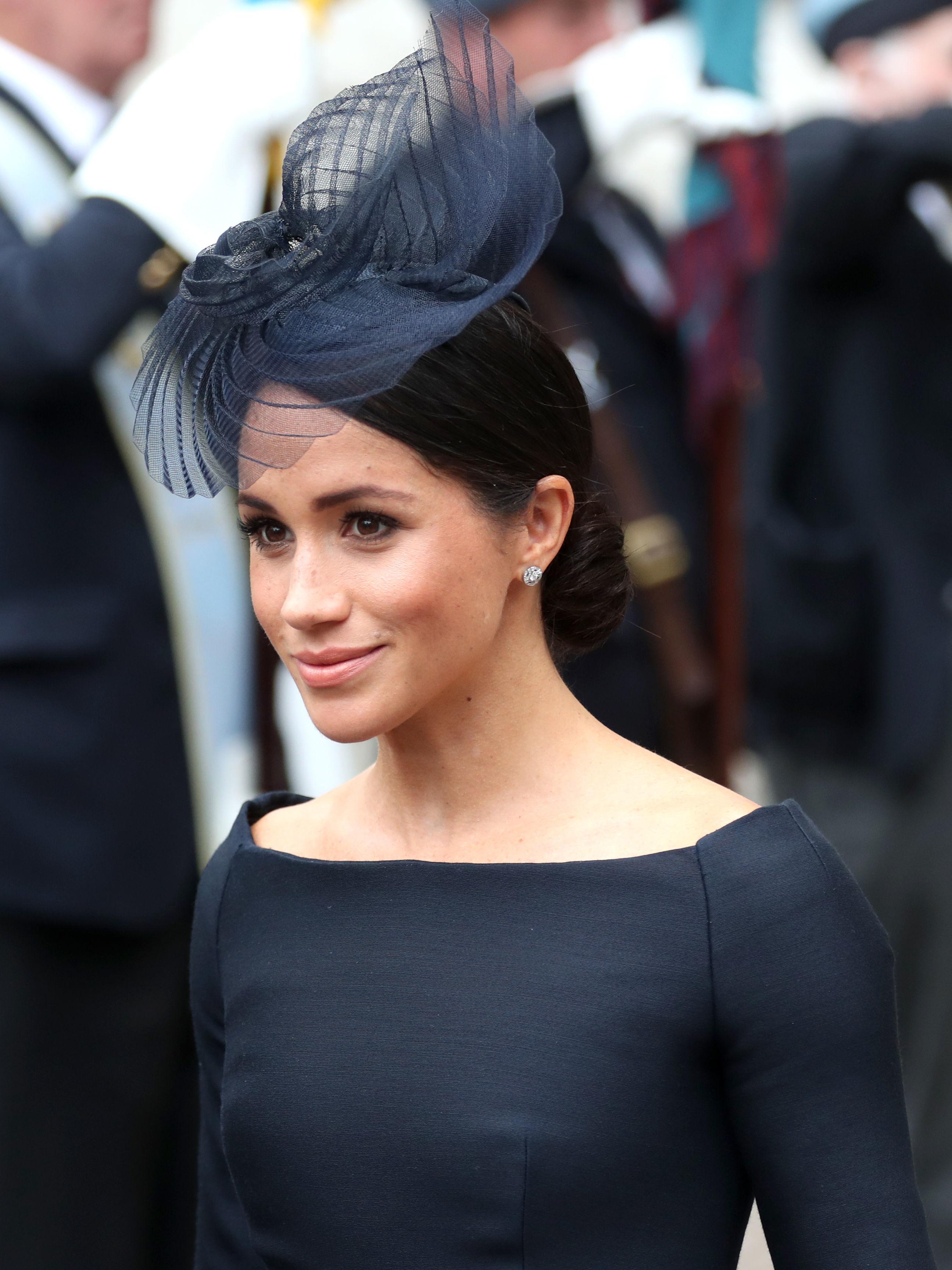 And it has a secret nod to her wedding dress – because it has the same boat-style neckline exposing her beauty bone, which she is fast making her signature look.

She teamed it with nude pointed courts, the kind favoured by Kate Middleton, and a custom-made Stephen Jones hat.

Meanwhile, Kate Middleton wore Alexander McQueen – the second time in as many days. 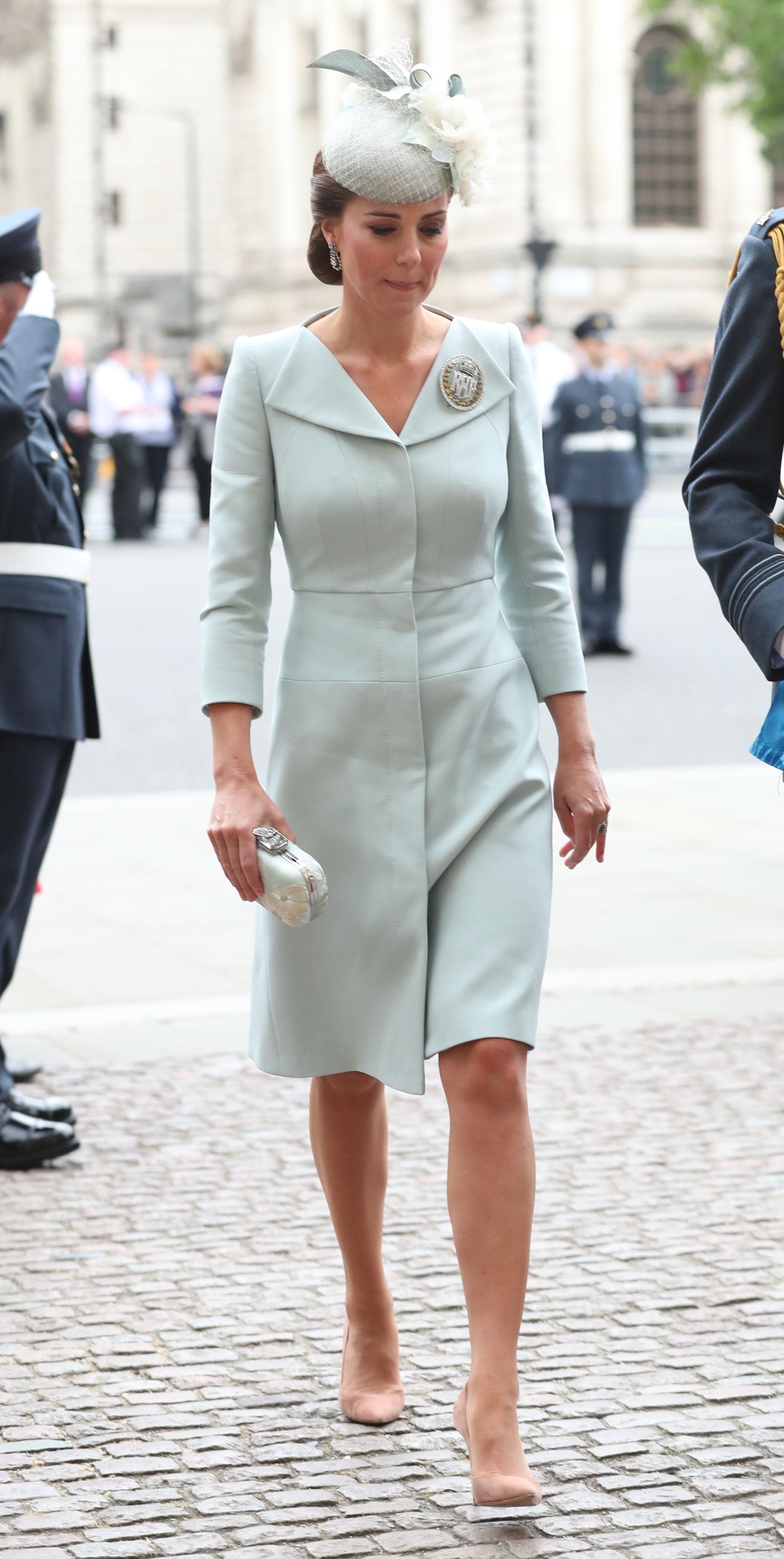 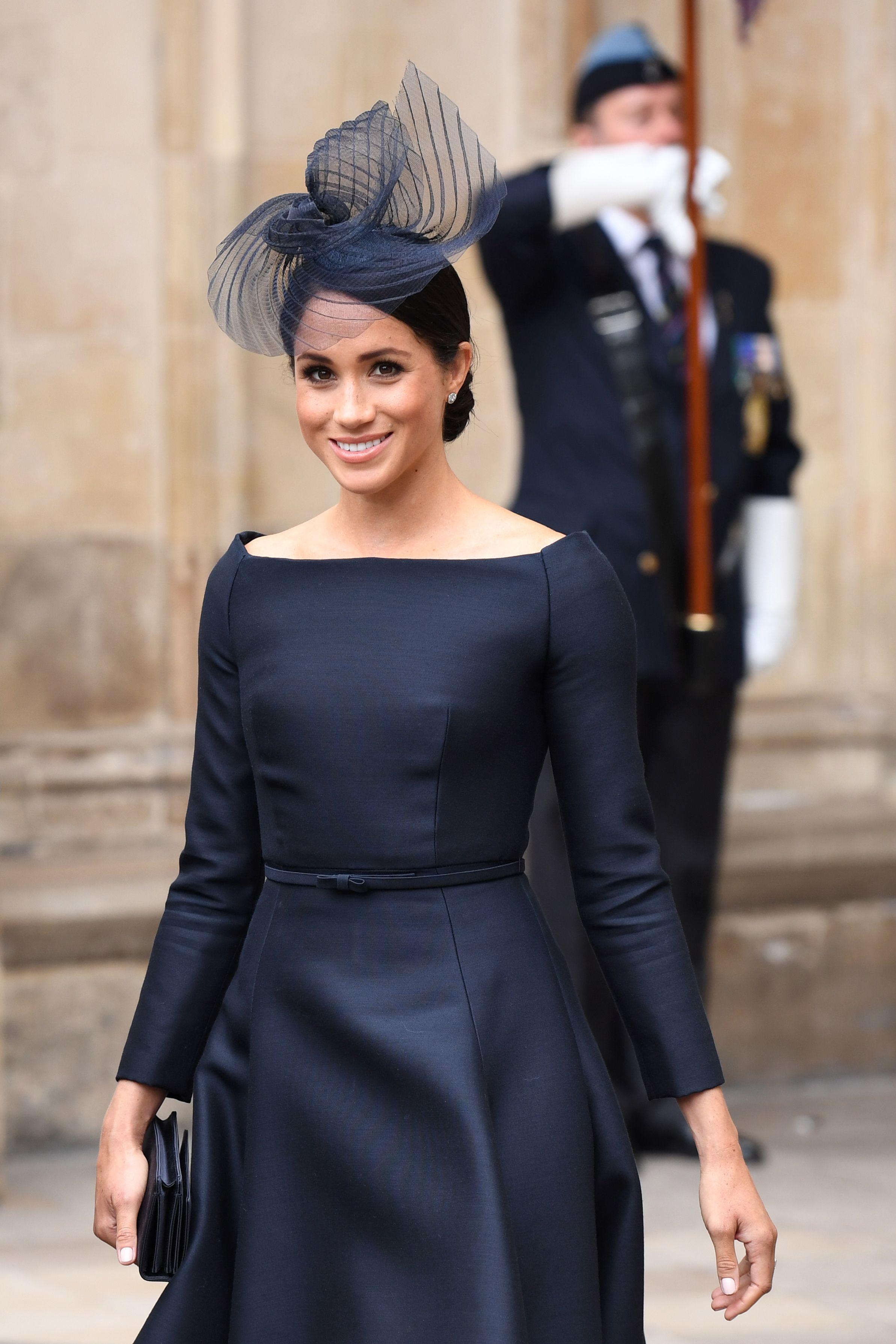 She wore a pale blue version of the same dress she wore to the Royal Wedding.

The Duchess of Cambridge, 36, teamed the slimline coat-style dress with a matching clutch from Dior.

She too wore a hat and nude courts while her pale blue and white hat is by Sean Barrett. 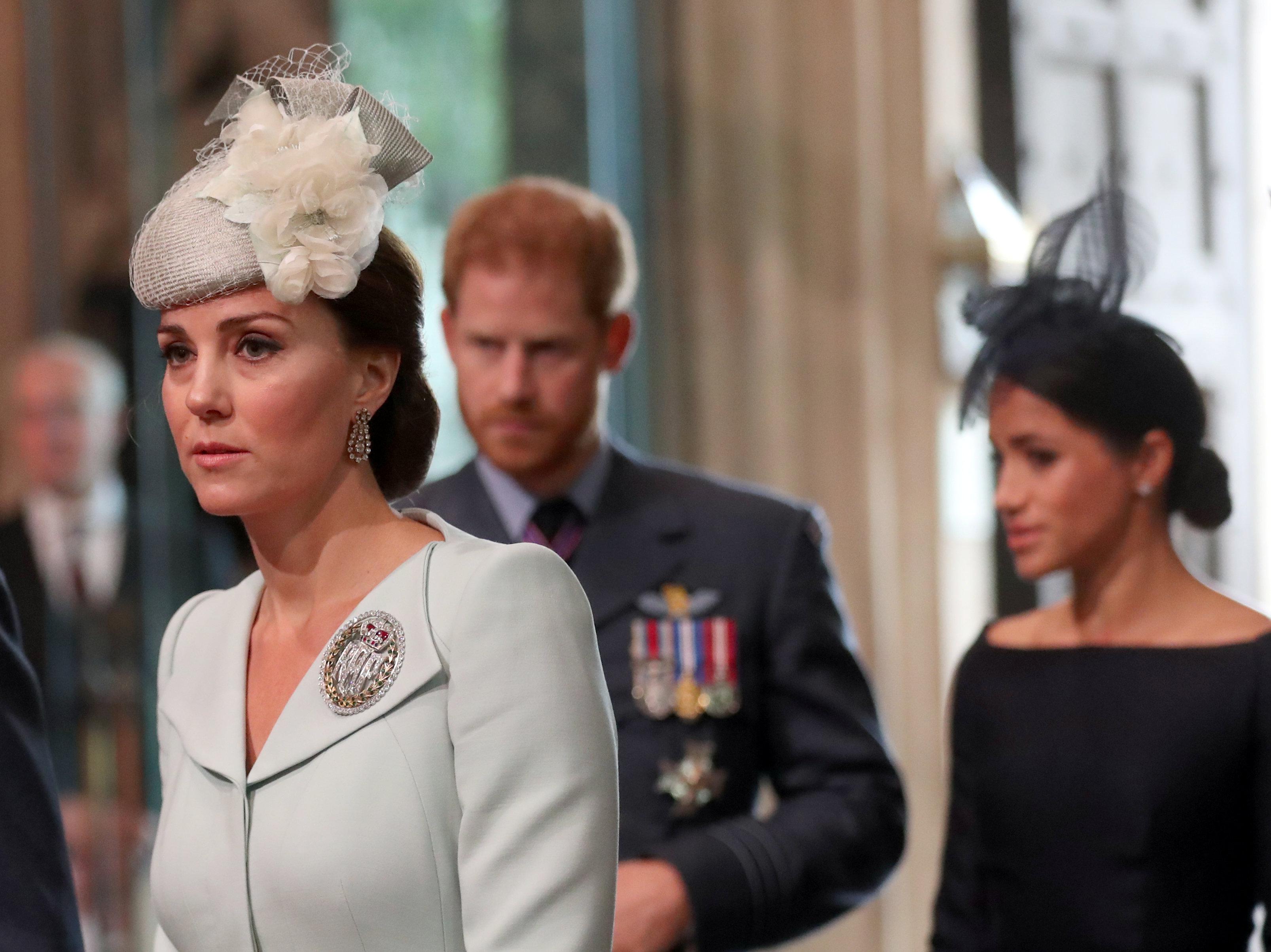 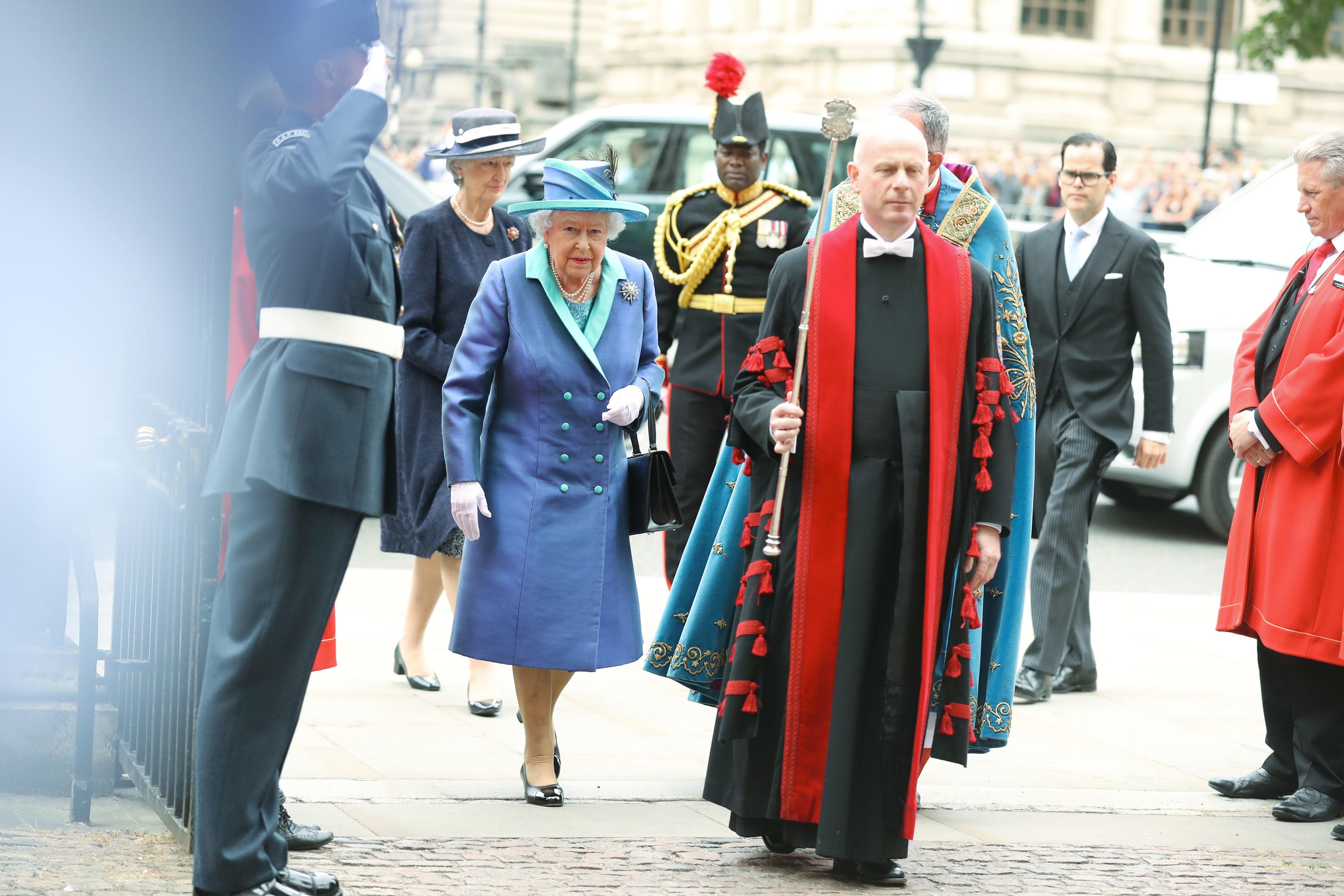 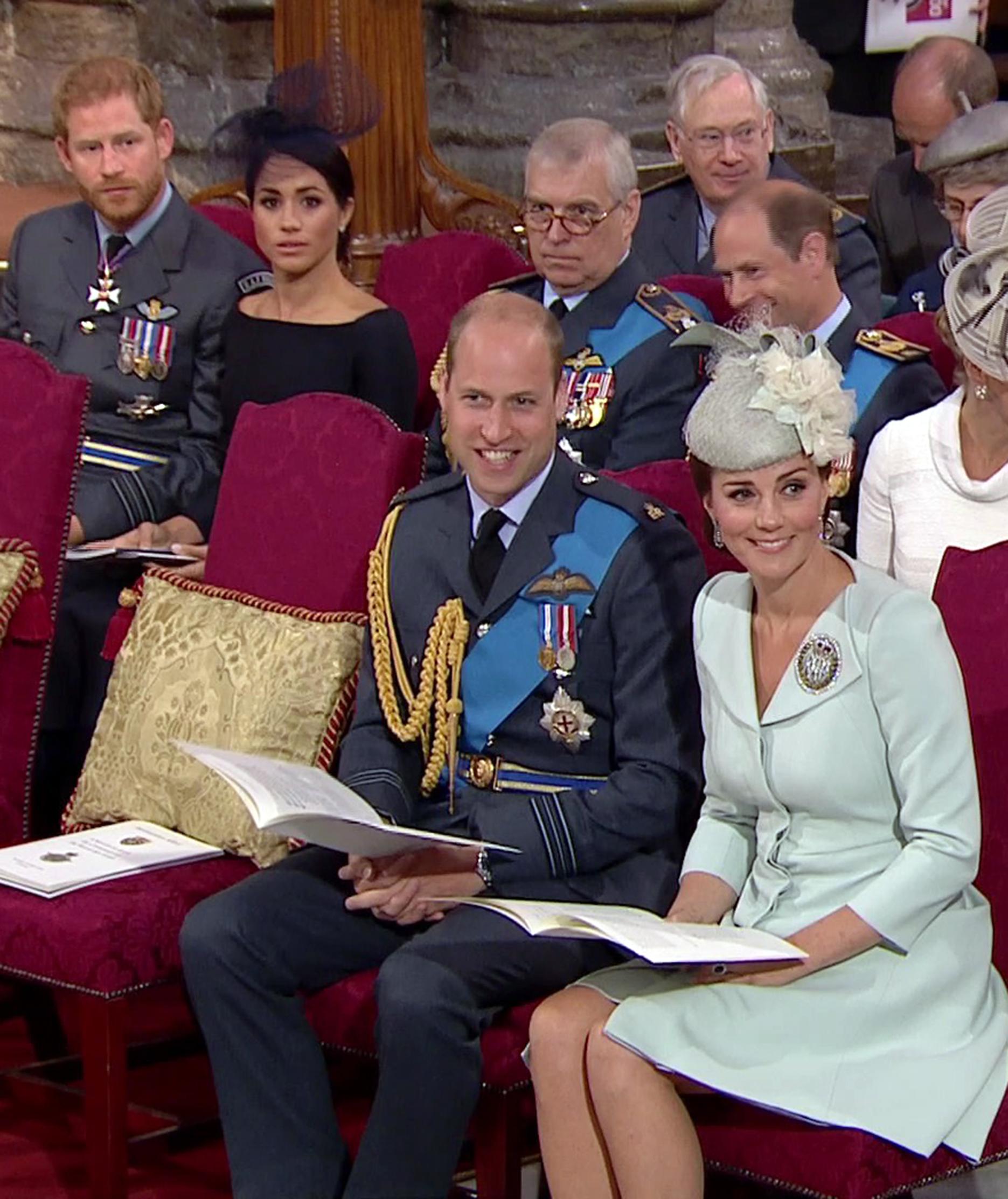 As Kate is an honorary Air Commandment of the RAF she wore the Air Cadets Dacre brooch, known to be the highest award any female cadet can achieve.

The brooch was awarded to the best all round female cadet every year since 1982.

But this tradition ended in 2015, when it was decided female cadets should be honoured in the same way as their male counterparts.

Kate was gifted the brooch following her appointment as Honorary Air Commandant of the RAF. 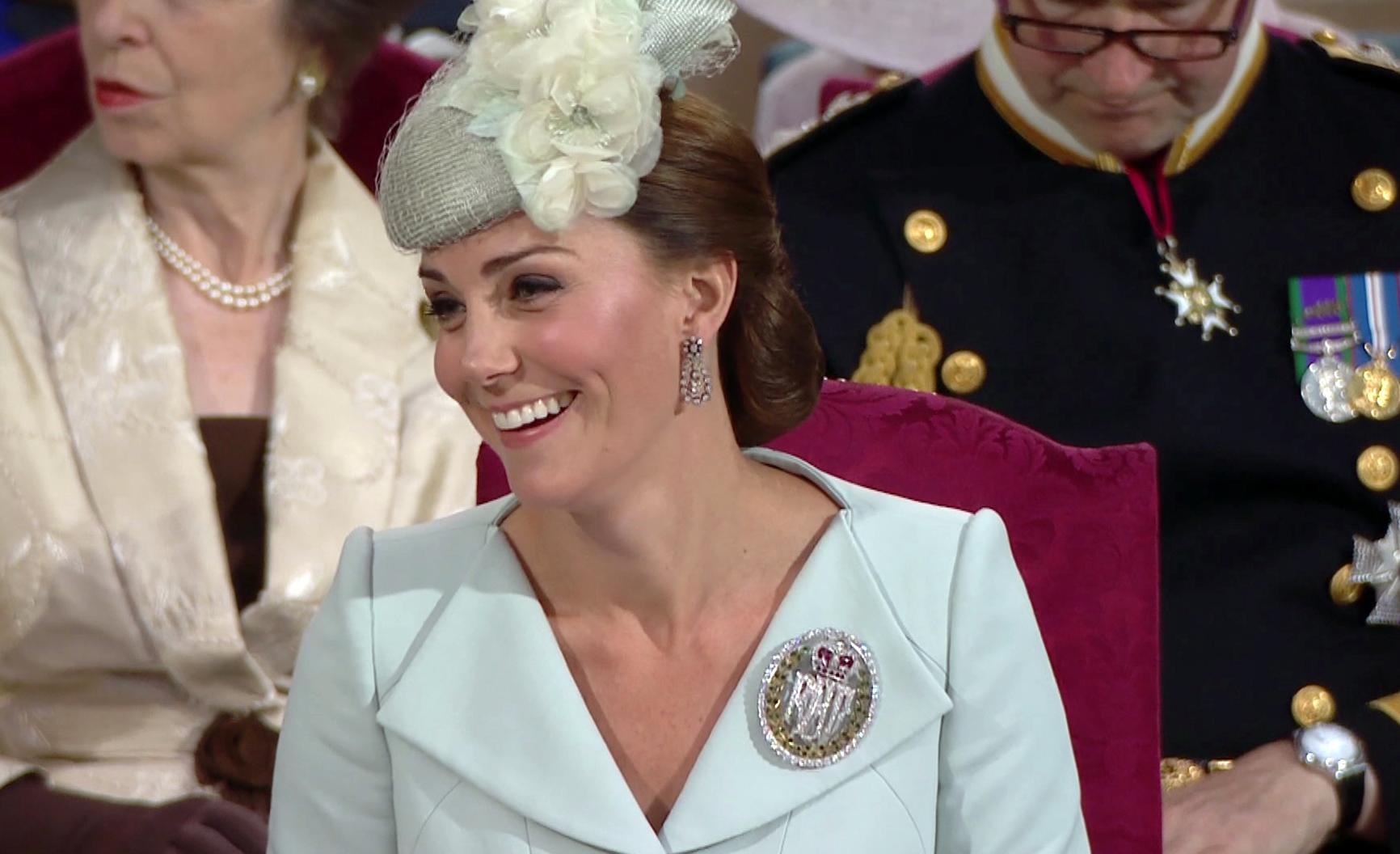 And Meghan's look has been widely praised by royal commentators, who said she was working to create her own style.

"I'm sure she is trying to create a style of her own and it's working – it's her neckline. I think it will become known as 'the Meghan neckline'. 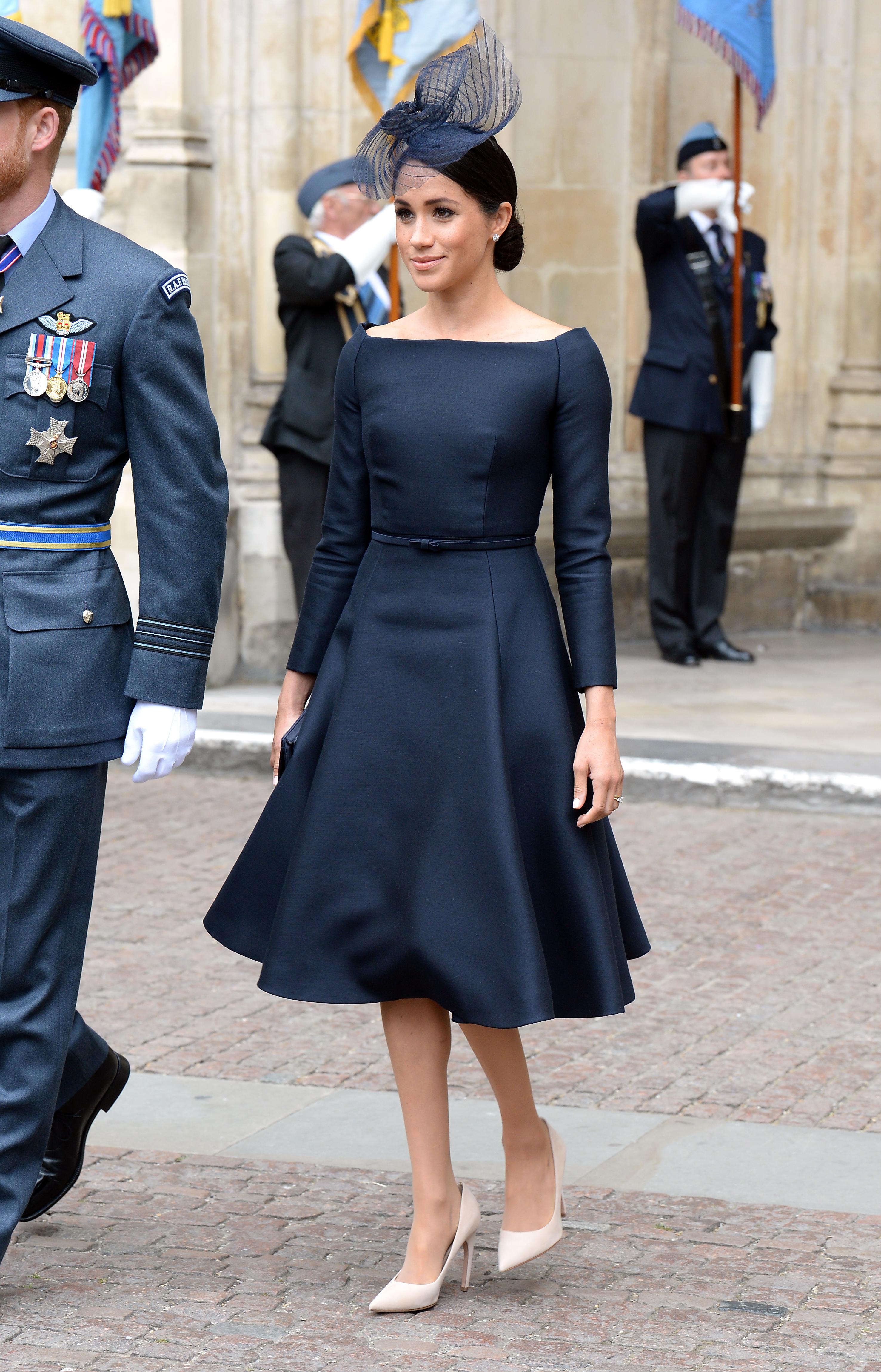 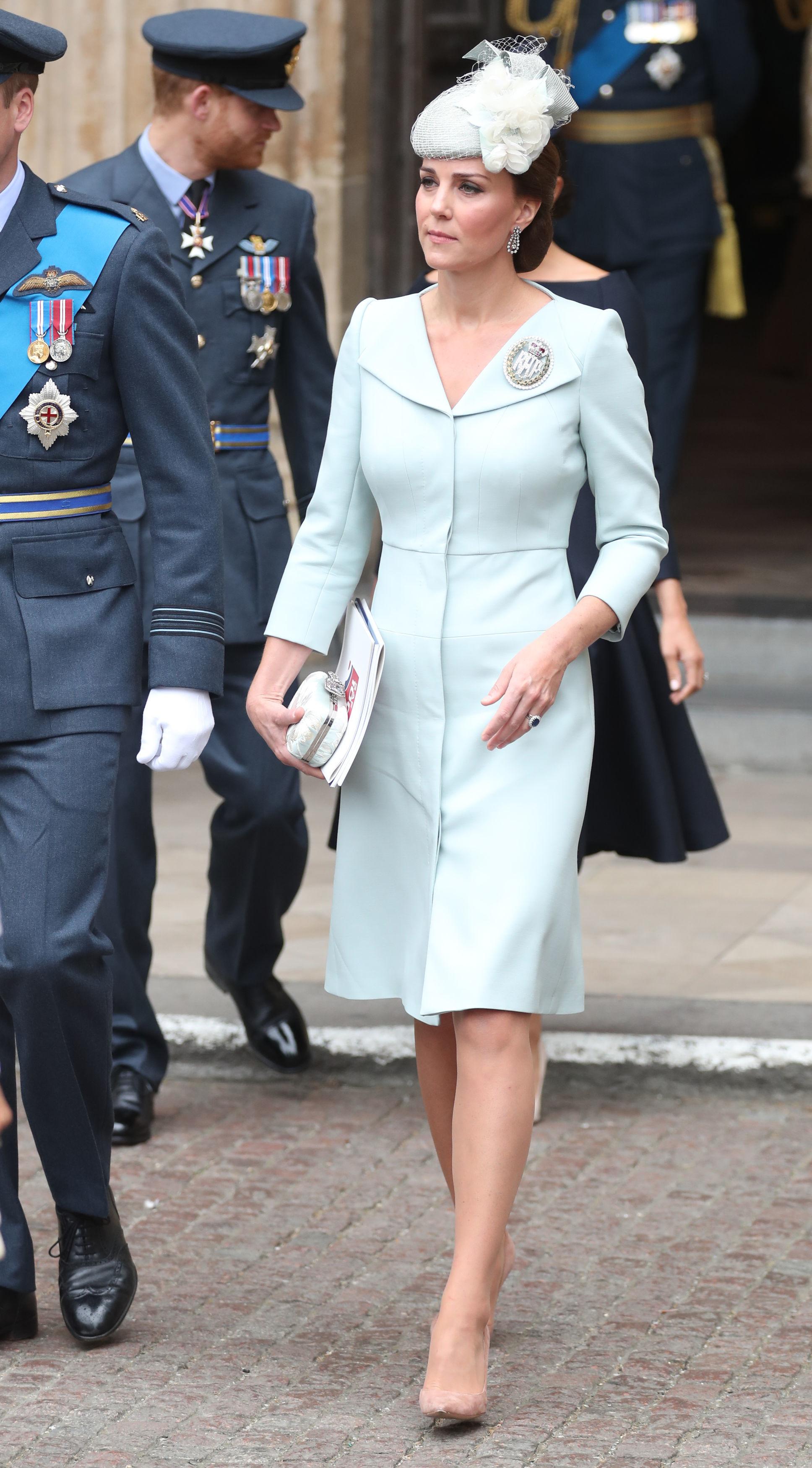 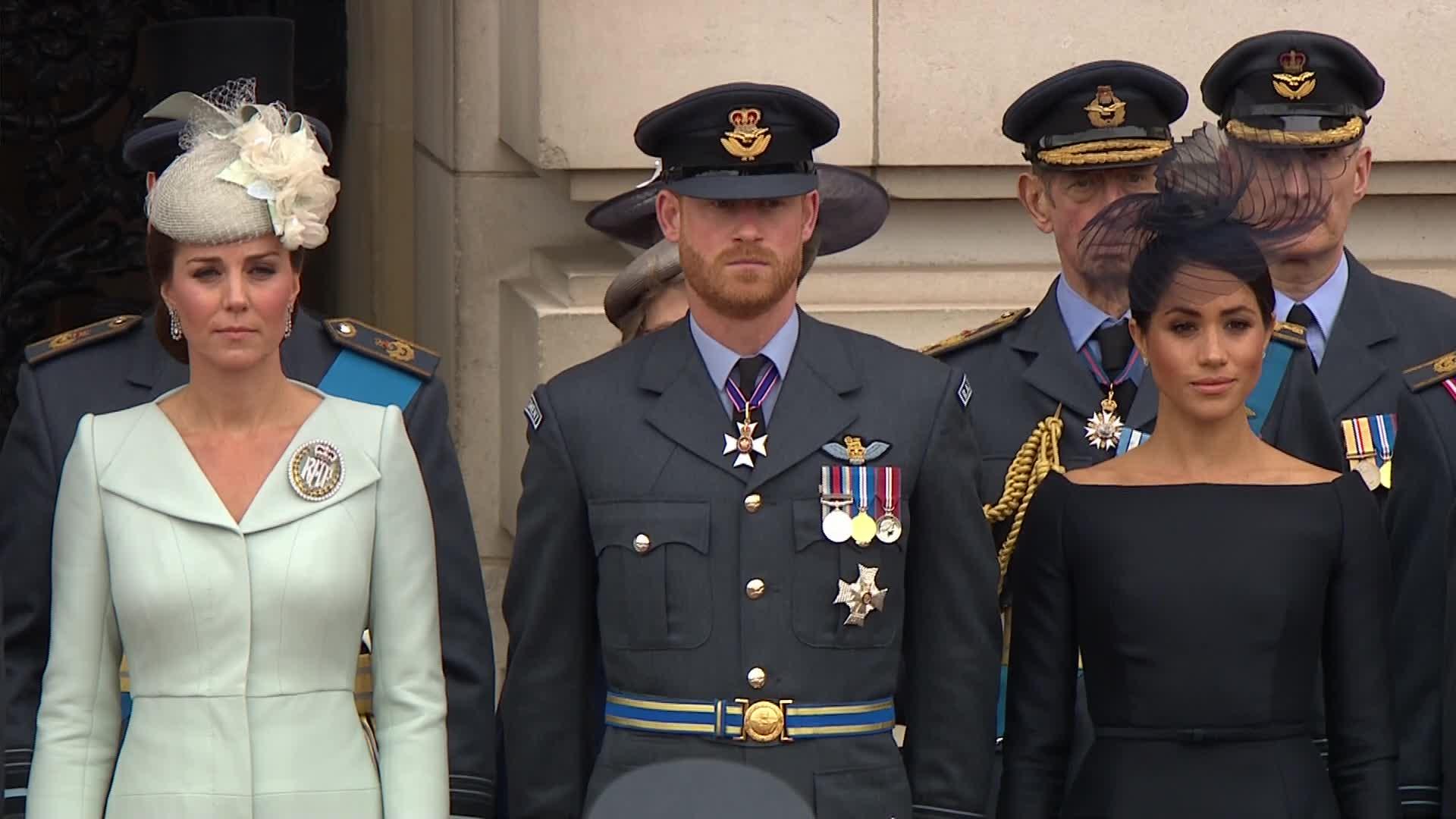 "Navy looks very smart and in it she can't go wrong.

"It looks elegant but I'm not wild about the hat. I think she hasn't got the hat right, but she's still very new to the game.

"It takes a bit of time to get that right. I think proportion is very important and she's not quite got it right, but she's probably never worn a hat until she became a royal.

"Kate, however, looks amazing. She has really matured into her look."

The Duchess of Cambridge wore the Queen's stunning earrings for the event, and has broken her maternity leave to appear in public. 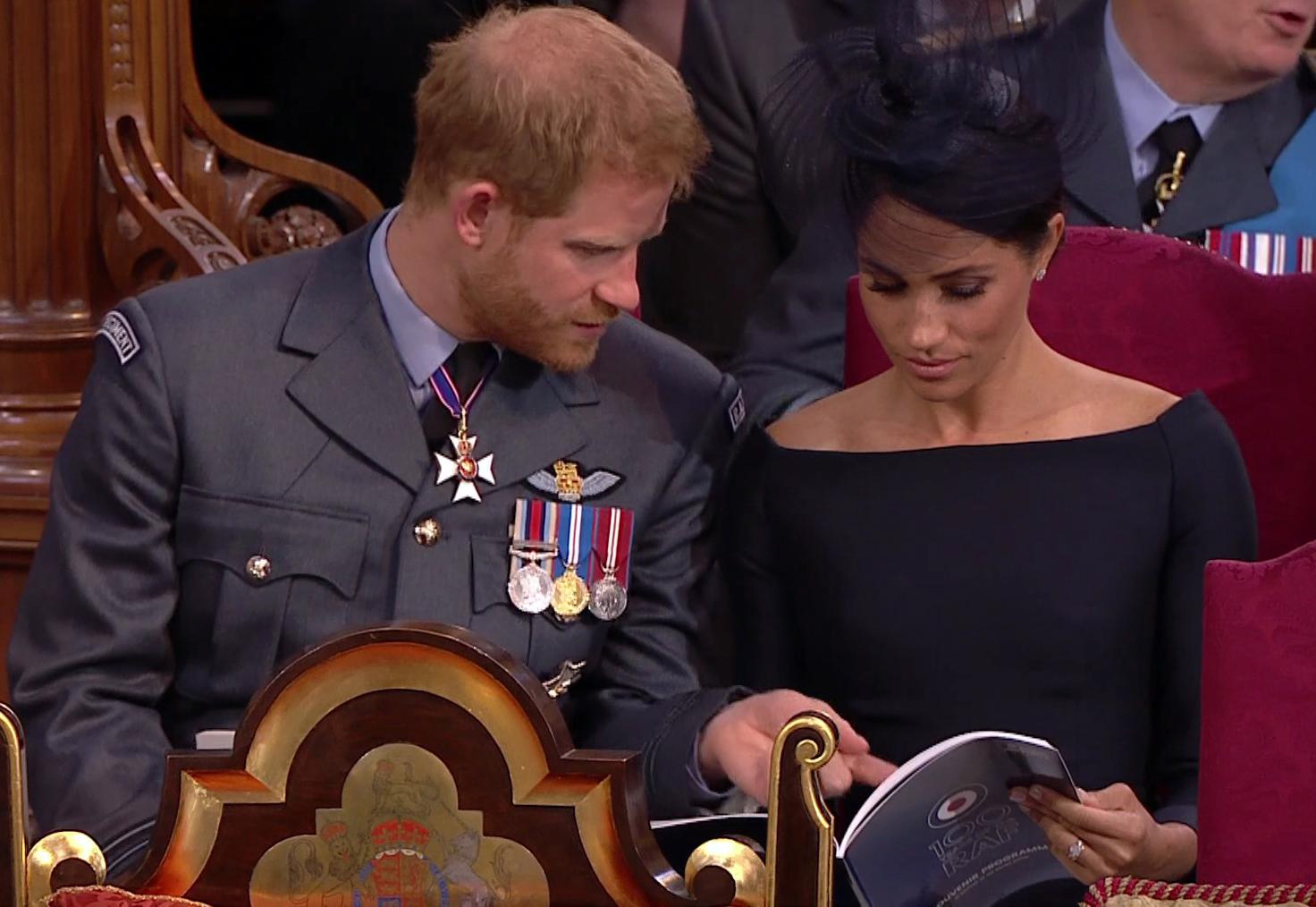 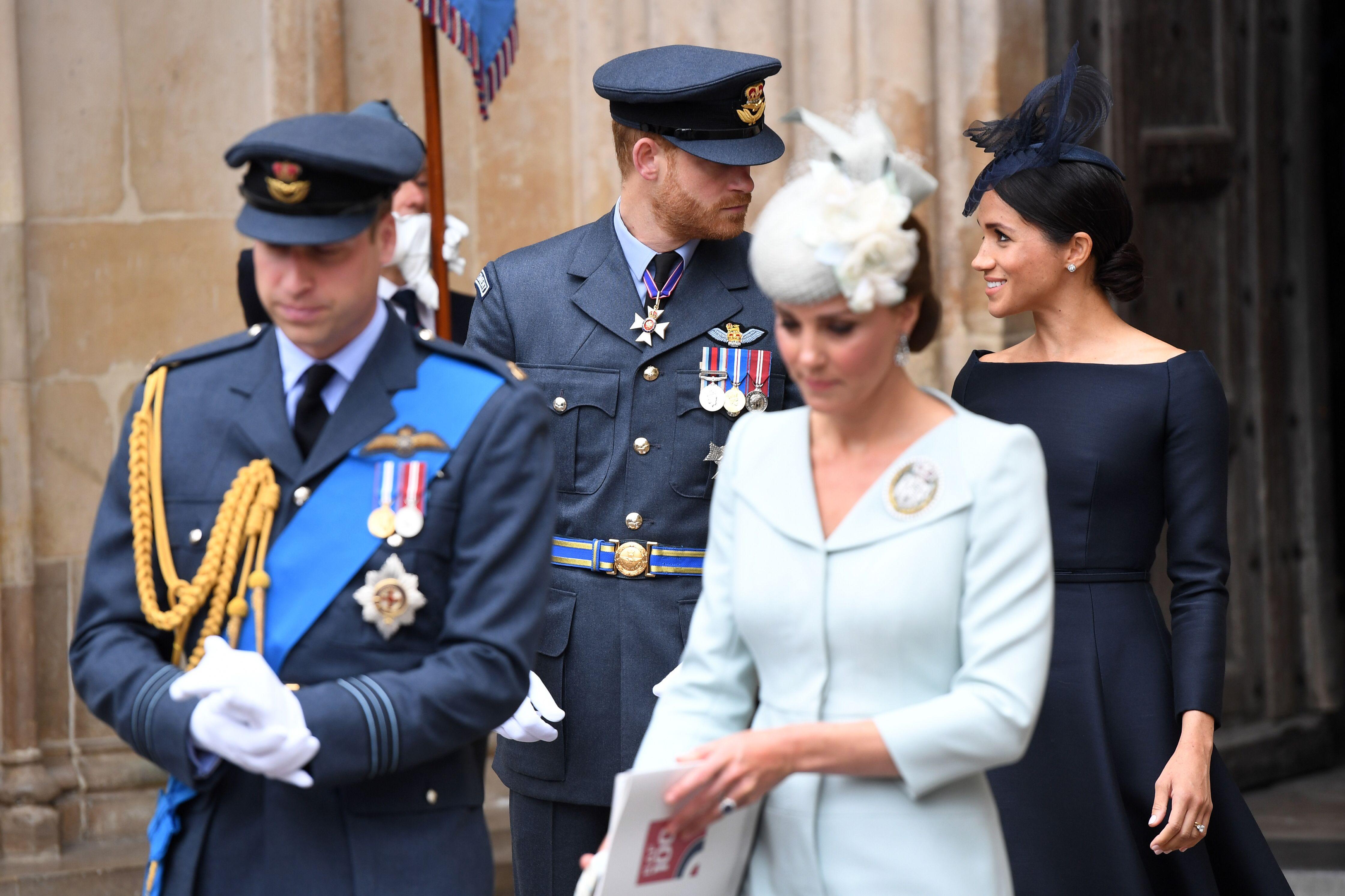 Initially people thought Meghan had worn black – which Ingrid admitted would have been a faux pas.

She said: "I can’t believe that she would wear black.

“I don’t think they’re strict rules but I think wearing black would be considered inappropriate for this event, I’m surprised no one would point that out to her.

"But royal dress protocol is very broken, these are not rules that are written down. 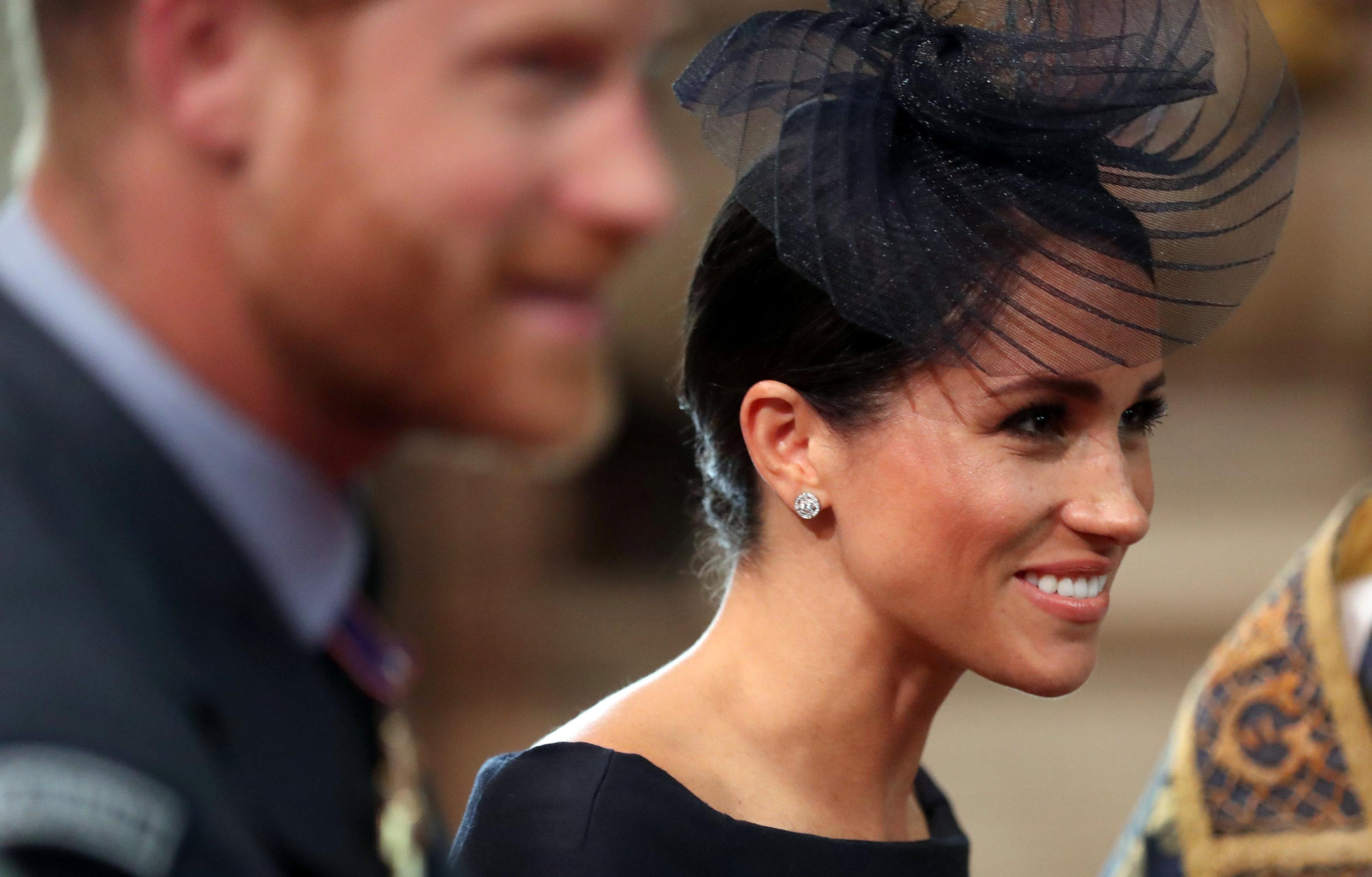 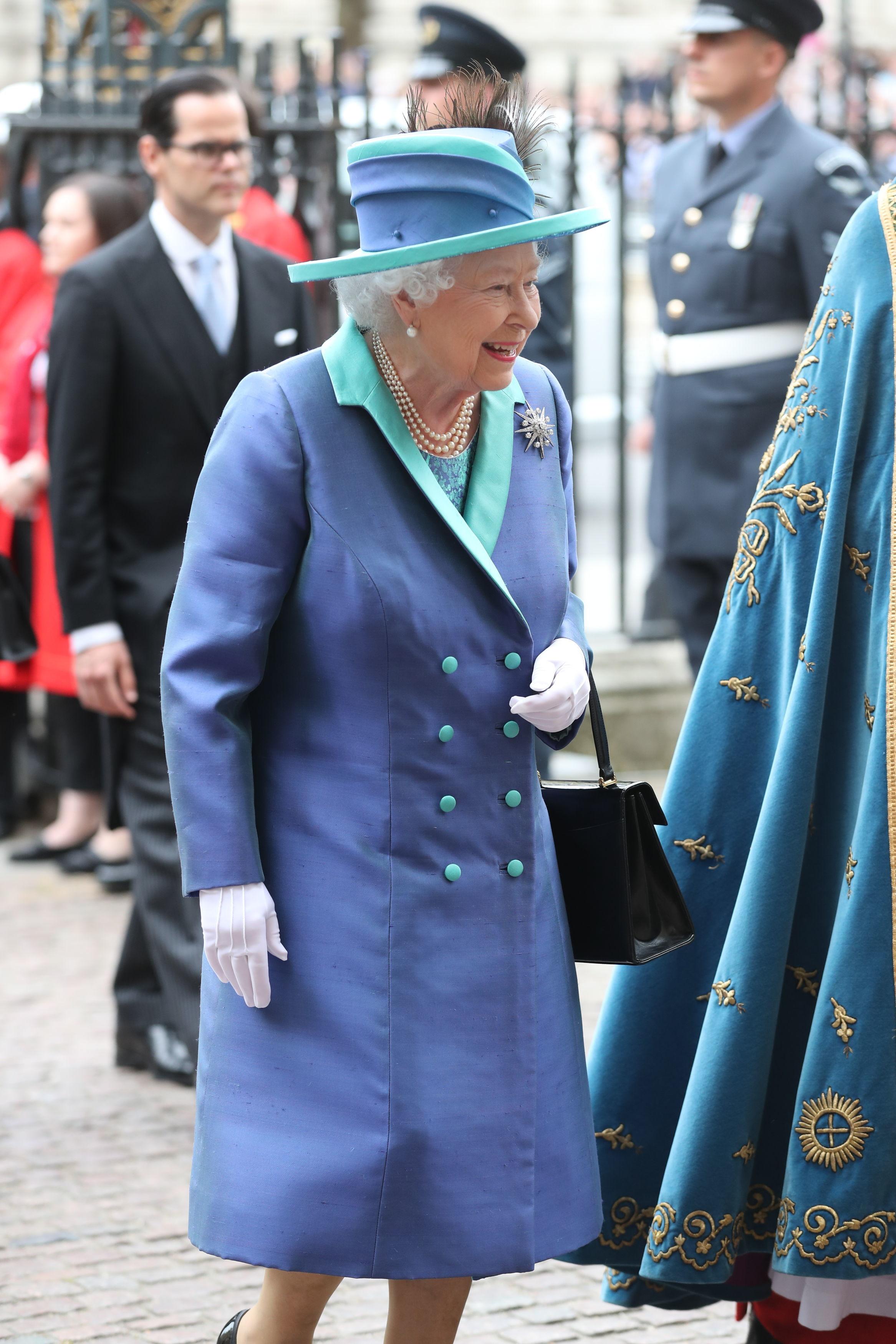 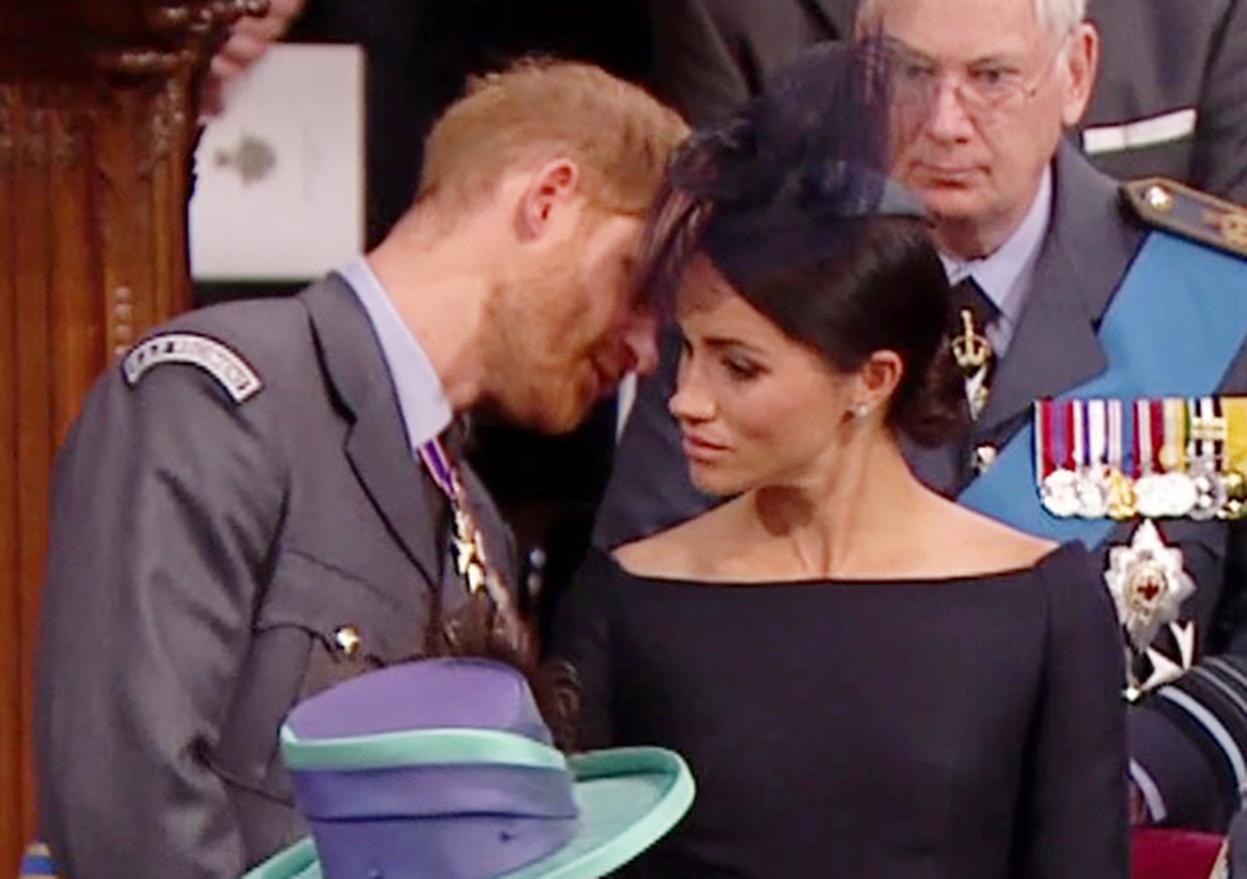 "Kate, for example, once wore a long velvet black dress and looked fantastic.

"But for Meghan, I don’t think this is the best outfit for this today. Usually it’s white, purple or black for mourning and in royal circles, this would usually be frowned upon.”

Kate and Meghan will later accompany their husbands partners to the event in Buckingham Palace, London today.

The flypast will feature aircraft representing the RAF across the decades, including Puma and Chinook helicopters, a Lancaster, Spitfires, Hurricanes, the A400M Atlas, Tornados, Typhoons and the F-35 stealth fighter jets. 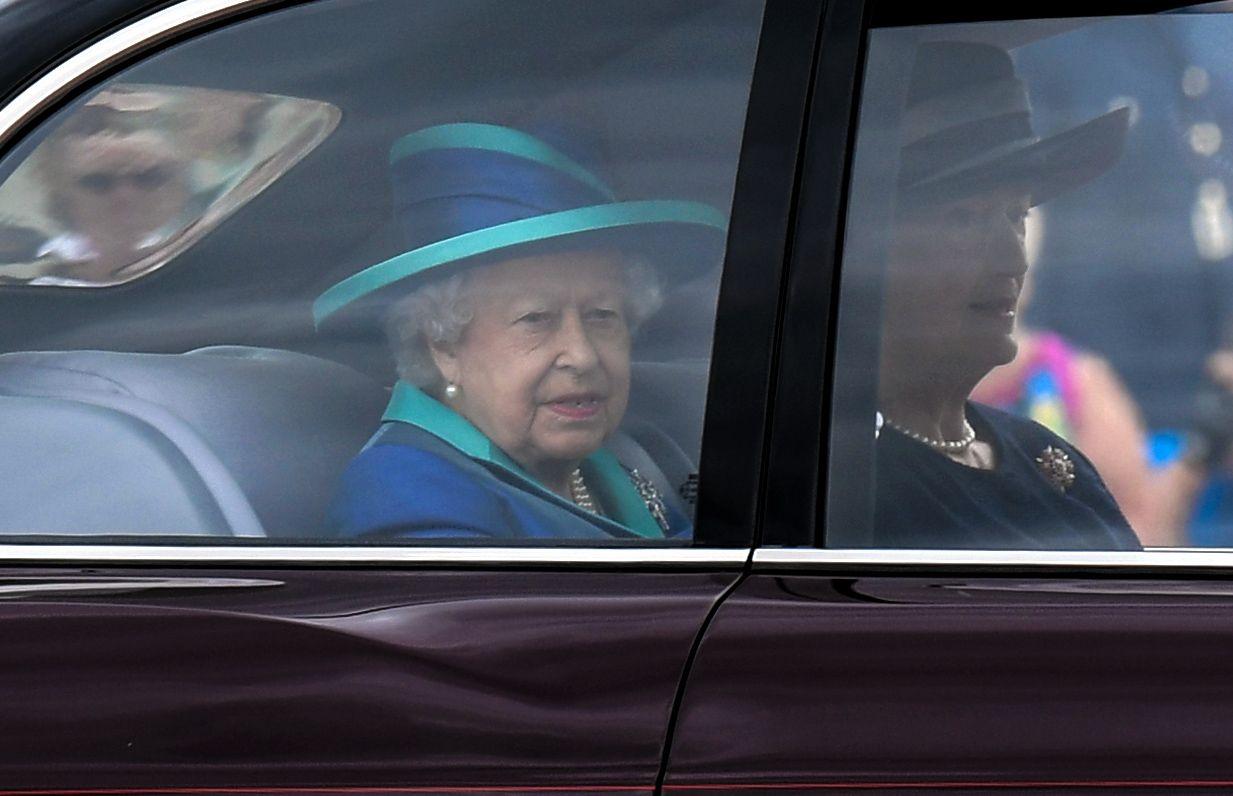 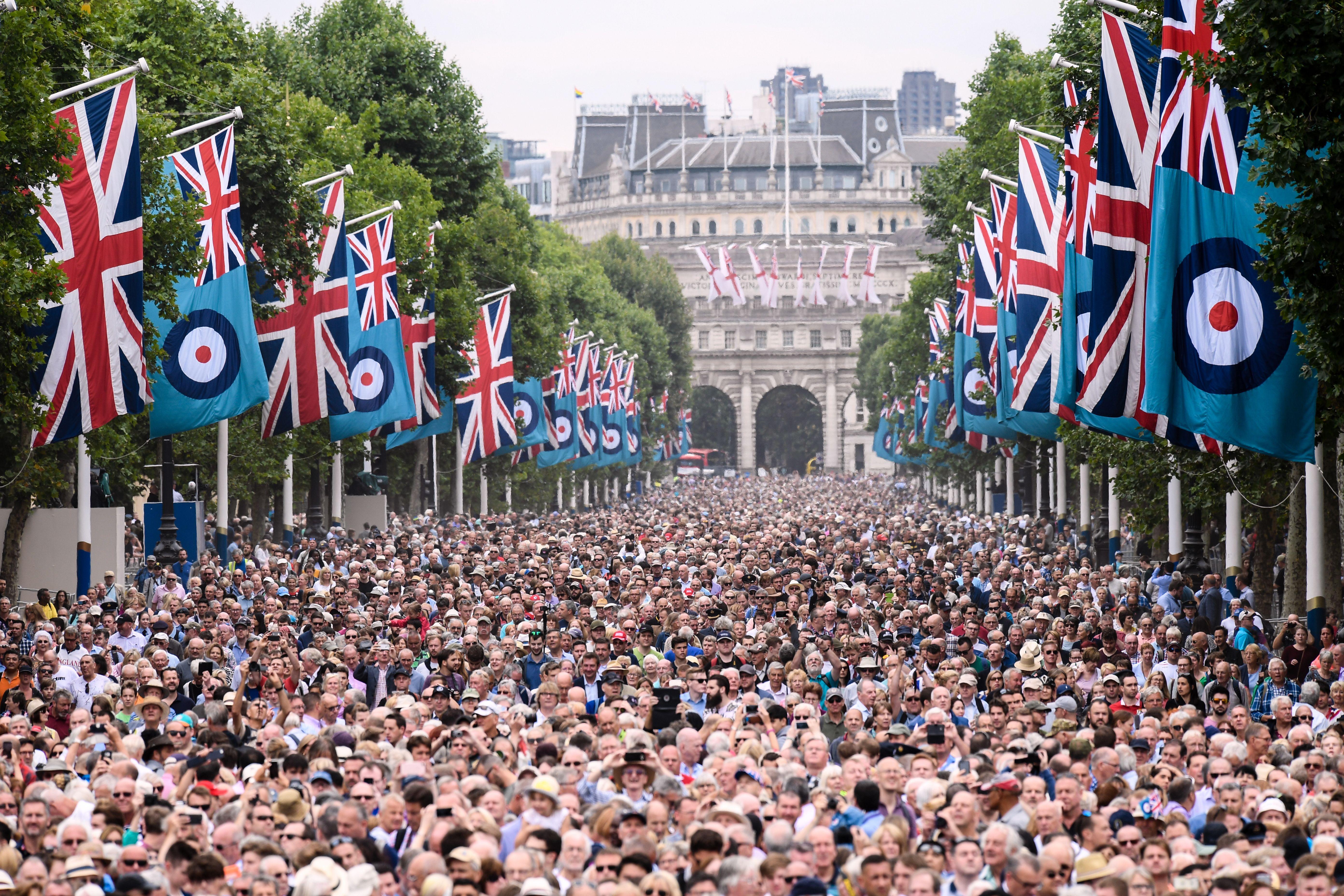 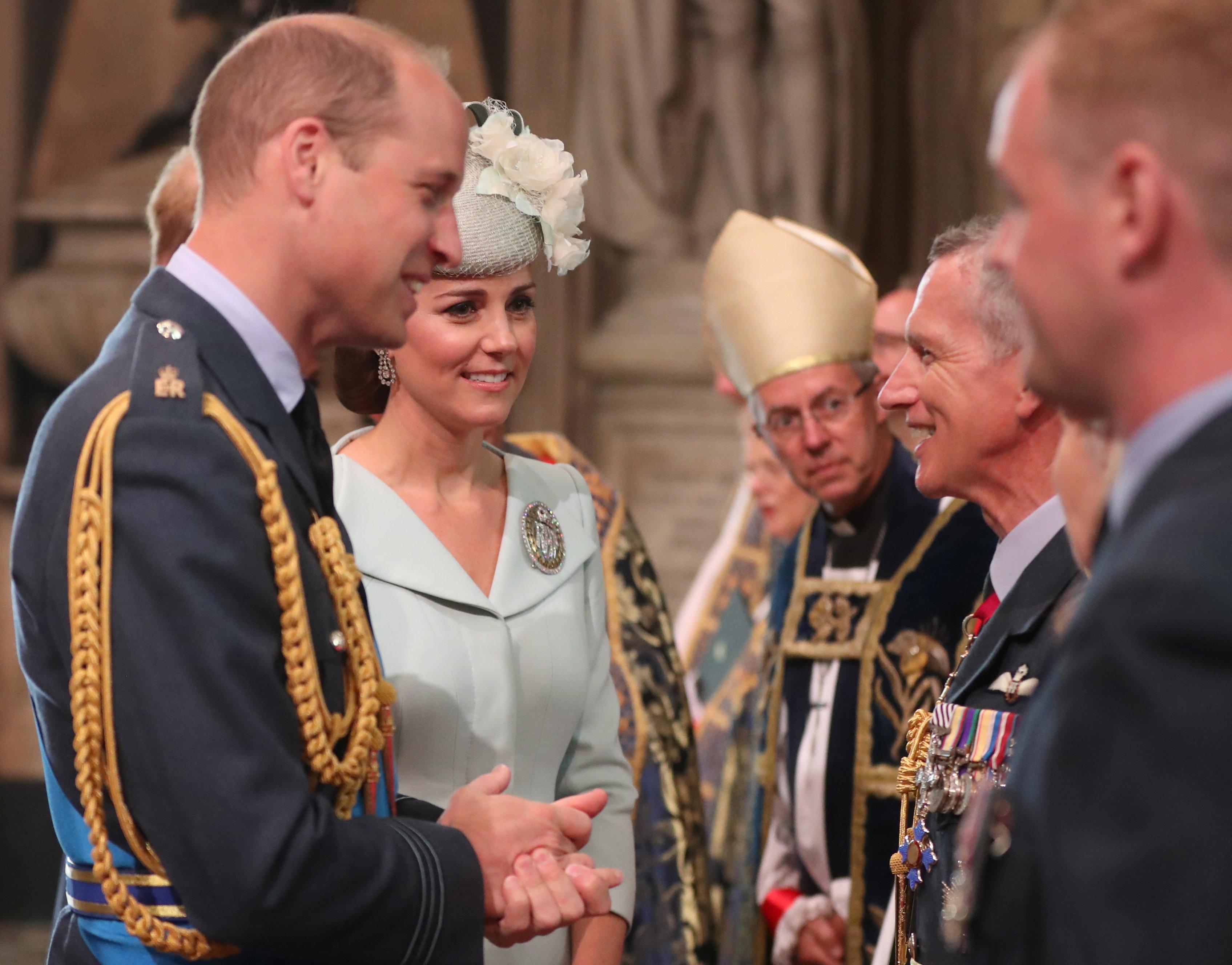 The flypast will begin to form over Suffolk at around 12.45pm before heading towards London. It will pass the Olympic Park, Hackney and Shoreditch before getting to the Mall at around 1pm.

The air force was the world’s first independent air service when it was created in April 1918 after a merger of the Royal Flying Corps and the Royal Naval Air Service.

The royals will then appear on the balcony of the Queen's London residence to view the flypast and a parade of more than 1,000 RAF personnel.

Huge crowds have gathered on the Mall to catch a glimpse of the royals and to watch the fly-past.

Want to find out more about what the event means? Have a look here.

Get the lowdown on the Royals' Christening looks… Meghan wore olive, Kate was in white and (as usual) Charlotte stole the show.