Why wear one stunning wedding dress when you can wear two? After wowing the world in a Givenchy boatneck gown for her ceremony, Meghan Markle switched into a Stella McCartney halter dress for the evening reception at Frogmore House, a royal residence near Windsor Castle.

It was a slinkier and sultrier dress than her ceremony gown, which calls to mind the dress she one named as her favorite: Carloyn Bessette Kennedy’s iconic slip-style Narciso Rodriguez wedding dress. The lighter-weight sleeveless frock will allow the Duchess of Sussex to celebrate among the 200 guests invited to the reception hosted by Prince Charles. She paired the white high-neck silk crepe frock with satin and nude mesh Aquazurra shoes that featured sweet baby blue soles (perhaps her something blue?).

On the Suits star’s finger was another blue clue: a giant emerald-cut aquamarine sparkler that bore a striking resemblance to a the ring Princess Diana wore in October 1996. 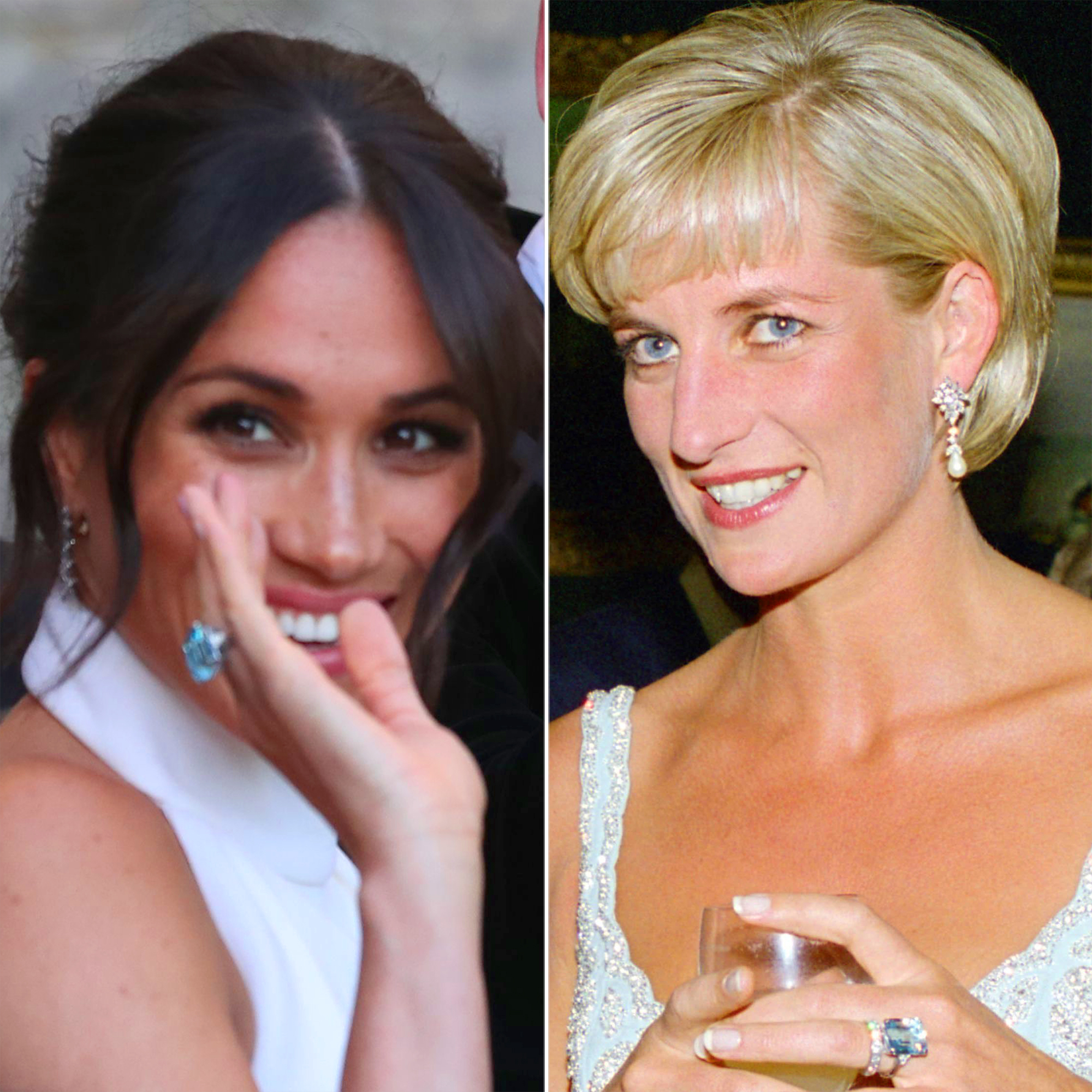 Royal Wedding 2018: See What the Guests Wore to the Services 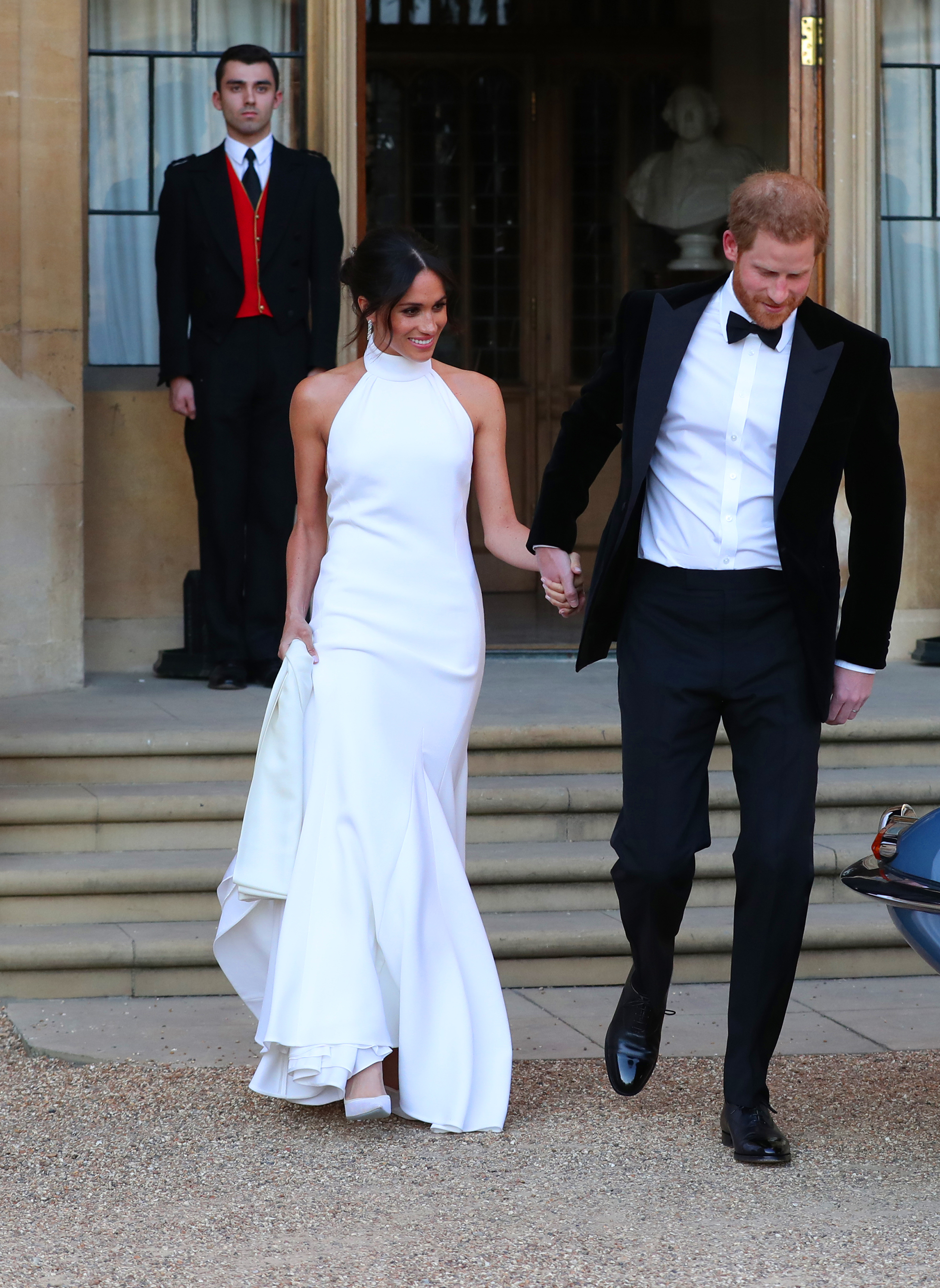 In a slight change from the low center-parted updo by Serge Normant she wore with her crown and veil, she switched to a sleeker low bun with tendrils in front, this time by hairstylist George Northwood.

Her first dress revealed earlier this morning, designed by Givenchy artist director Claire Waight Keller, was made with a matte-finish double-bonded silk cady and featured six seams. With sleek lines and a structured silhouette it was chic, modern and completely elegant.

McCartney pulled out as a favorite to design one of her dresses yesterday, after whispers had favored one of her go-to designers, Ralph & Russo. The pick makes sense — not only is she a top British designer, but Stella, as the daughter of Paul McCartney, is a member of a different kind of royalty family.

See the Wildest Fascinators at the Royal Wedding

Kate Middleton also had two dresses for her wedding to Prince William, the first her iconic lace dress and the second a simpler ivory satin gown with a furry stole. Both designs were by Sarah Burton for Alexander McQueen.